Sugar, spice, and everything nice: How The Original Pancake House sets itself apart 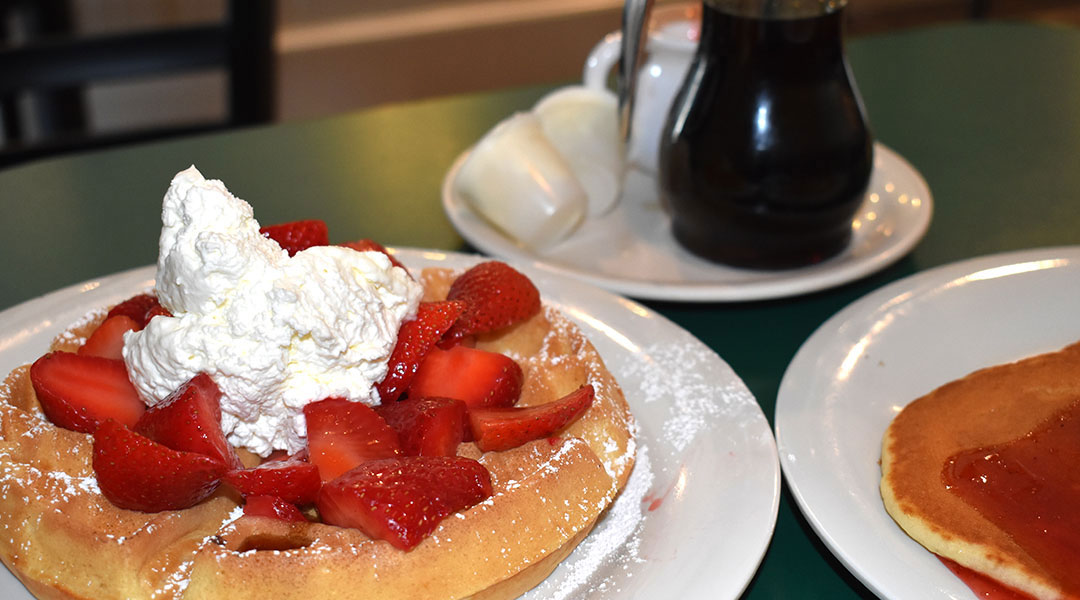 Piled high atop the delicious waffle and pancakes, the whipped cream and strawberry toppings are prepared in house, fresh, each and every morning. Photo by Meghan Hurley.

When you’re at The Original Pancake House, you feel like you’re right where you’re supposed to be: you’re family.

Tucked away in a shopping center in Forest Acres, the restaurant is a “Sunday-after-church” favorite for many families who wait in line outside the door.

“This is not a concept you see on the interstate. It’s homegrown and it’s family-run,” said Cathy Wilson, “and that makes all the difference.”

Wilson, co-owner of The Original Pancake House’s only location in South Carolina, personifies the pancake house’s familial values. In partnership with her sister, Marguerite Carlisle, Wilson has been a part of the business since the beginning.

“When we first opened, Marguerite took the front half of the house and I managed the back,” she said. “I was actually on the cook line and our mother was actually our cashier. Our husbands would even come in on the weekends and bus tables.”

One of the most popular on the menu is the Dutch Baby, which is a German pancake similar to a soufflé. It is  unique  to The Original Pancake House, though many customers, including Laura Usher of Raleigh, North Carolina, are loyal to other favorites.

“I always get the pumpkin pancakes no matter what time of year I go. I always think I am going to mix it up but end up ordering the same exact thing,” Usher said.

Wilson understands that. “It’s comforting, it’s inviting. We’re nurturing without being obtrusive,” she said. “We also have a very loyal community who knows what they’re going to get every time they walk through our doors.”

The first location of the Original Pancake brand opened in Portland, Oregon, about 70 years ago. As the franchise has grown to around 130 locations, the recipes have remained untouched.

“Today the owners of the whole franchise are sisters and it was their grandfather who started it,” said Wilson. “He was a chef and his partner was a chemist.”

Wilson said that their dependable recipes are more than just flour, sugar and eggs. The original founding partner knew everything down to the enzymes of the ingredients.

Amid the menu favorites, comfort and familiarity reign.

“It’s the family atmosphere; it plays a big part,” said Sean Houser, manager of The Original Pancake House. “It brings up everyone’s morale because they all love each other.”

“I worked at restaurants that had revolving menus and once they get good at something, it comes off the menu,” said Houser. “So we just leave it the same way that we had it. If I had to sum it up in one word, the best word to use would be consistency.”

Most of the staff at the restaurant have worked together for many years.

“We have a gentleman in the back that does most of our preps and most of our recipes are done by him,” Houser said. “He’s been here almost 30 years. So once again, consistency, some of our servers have been here all over a decade.”

That employee, Elvin Wilson, has worked at the restaurant since he was 16 years old. He started his career as a dishwasher for the restaurant and has since worked his way up to being a meal prepper.

Though he is not out on the floor, he just “can’t get enough” of the loving customers and takes on a new form of communication and engagement with them through the food presentation.

Throughout his 30 years of service to the restaurant, people close to him have warned him to get out of the restaurant business. His response to them: “Why should I quit something that I love doing? If you love what you do, you won’t work a day in your life.” 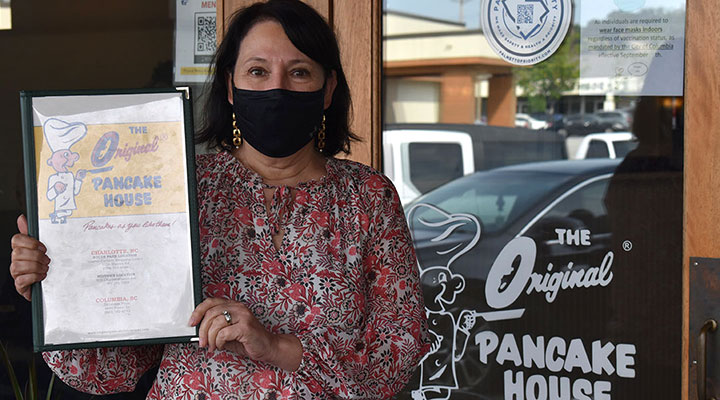 Cathy Wilson is the proud co-owner of The Original Pancake House that was opened in Columbia around 30 years ago. Photo by Meghan Hurley. 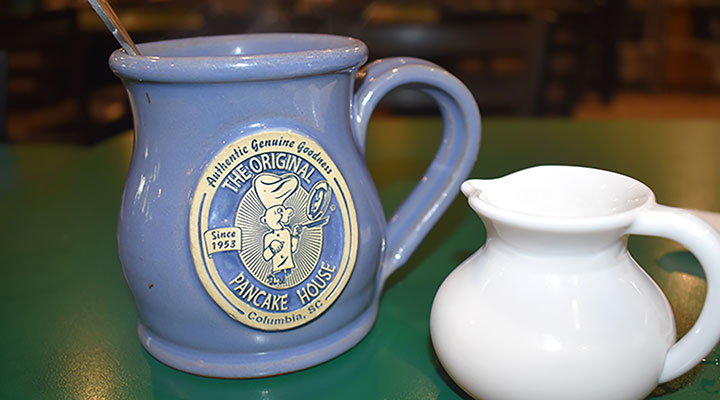 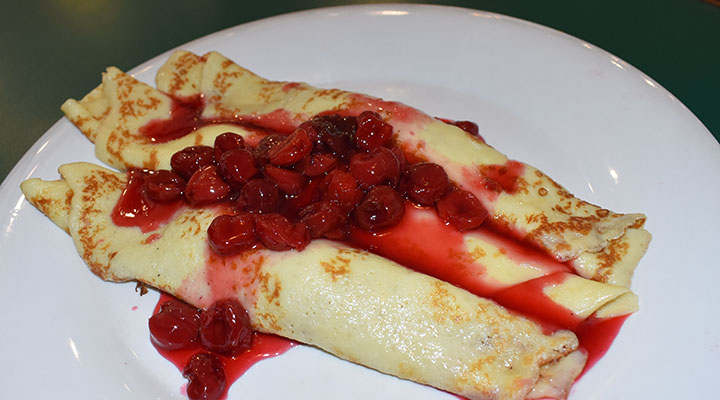 One of the many unique items on the menu prepared fresh in house is the cherry crepe. 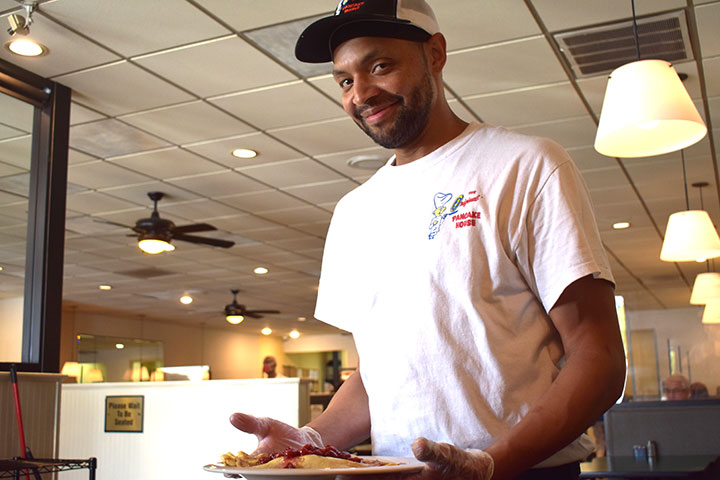 Elvin Wilson, longtime employee, could not see himself working anywhere else other than the pancake house. Photo by Meghan Hurley.