Flexing the power of 100 women

At Terra’s restaurant in West Columbia, a dining room on Thursday, Sept. 27 was filled with conversation, the clinking of wine glasses, laughter and women waiting to pull out their checkbooks to give money to a non-profit organization in the Midlands.

100 Women Who Care is made up of local women who want to make a difference in their communities. Leslie Clark, creator of the 100 Women Who Care Midlands started the organization in January by sharing word-of-mouth with her friends.

“It’s just a random group of folks, it’s all walks and races and it’s just giving back, but we try to make it as simple as possible,” said Clark.

100 Women Who Care has contributed donations to two organizations, Serve and Connect and American Foundation for Suicide Prevention.

Jennifer Butler, board president of American Foundation for Suicide Prevention said receiving the check from 100 Women Who Care felt like Christmas in July. It’s mission for using the funds is to advocate preventative measures to those who are contemplating suicide.

“You don’t know when you might be next to somebody else’s loved one and because you picked up on something that person said and you might have led that person to help,” said Helen Pridgen, South Carolina area director of American Foundation for Suicide Prevention.

Dewana Looper, mother of two young children and attorney with Atkins Law Firm sees 100 Women Who Care as a great networking opportunity for women. “It’s a good way without spending a tremendous amount of time to make a big impact and it shows how much of a difference an even small action can make,” said Looper.

Each woman can fill out a nomination form and write in any non-profit of their choosing. Then, three organizations will be chosen by random selection and voted on. Once the non-profit is selected, each woman writes a check directly to the non-profit.

“This provides the opportunity for women to gather, for us to be powerful by numbers and support local non-profit charities that need our help,” said Lynn Murray, a lobbyist with McNair Law Firm.

Murray believes it’s truly impressive what the power of numbers can do and how each woman is able to promote advocacy, knowing each charity is worthy of being chosen.

100 Women Who Care began as a national organization in 2006 with Karen Dunigan who wanted a smart, yet simple way to raise money quickly for local charities. Dunigan grouped together 100 women and each woman wrote a check for $100, raising $10,000 to buy 300 new baby cribs for Center for Family Health in Michigan.

There are over 750 active and developing chapters across the United States. 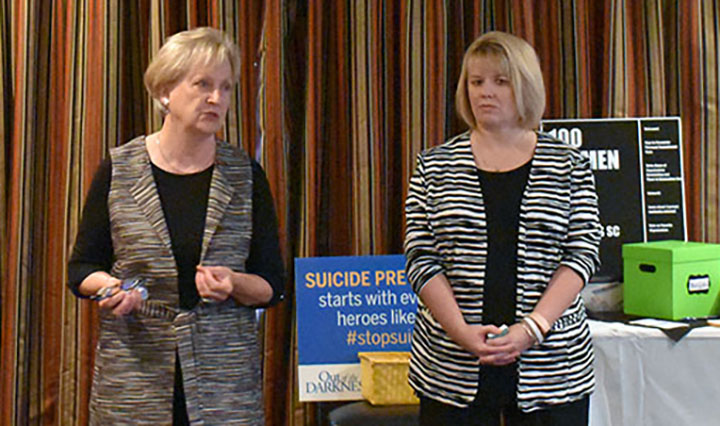 Helen Pridgen and Jennifer Butler from America Foundation for Suicide Prevention emphasized the importance of bringing hope to those affected by suicide. 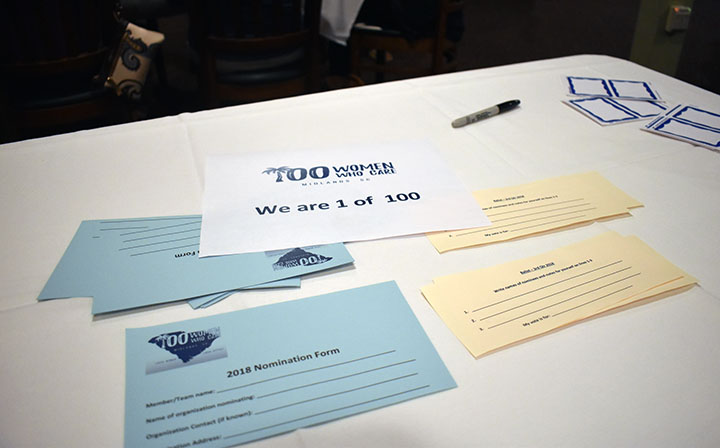 Each woman in the organization will nominate three non-profit organizations, vote and the majority wins on which non-profit will receive the donation. 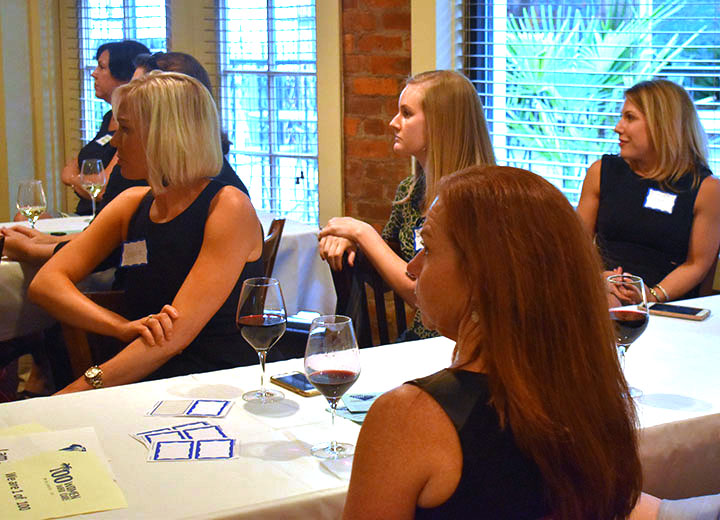 America Foundation for Suicide Prevention was chosen for the second quarter and each woman learns more about how they help with those who suffer from loss of suicide or are suicidal. 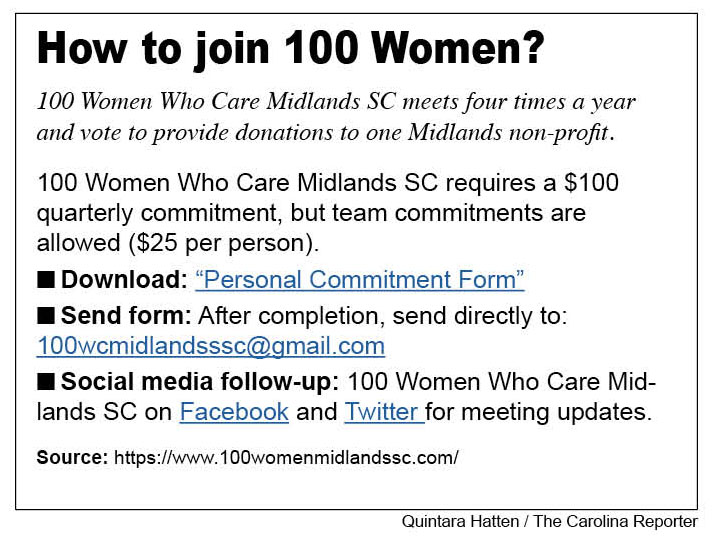