Florence shaken after shootout that left one police officer dead

FLORENCE – In the aftermath of a dramatic attack on police that left one officer dead and six others wounded, residents of  Florence were left reeling Thursday as investigators began to piece together the details behind the shootout in a well-manicured neighborhood.

On Wednesday, police said 74-year-old Fredrick Hopkins allegedly opened fire on officers as they attempted to serve a search warrant at his Ashton Drive home in the upscale Vintage Place neighborhood. Florence city police officer Sgt. Terrence Carraway, a 30-year veteran, was killed when he responded to a frantic call for backup. The officers were serving a search warrant for a 27-year-old man who was accused of sexually assaulting a foster child in the home.

Three Florence county deputies and three city police officers were wounded and taken to a local hospital. Five civilians were also wounded, police said. At a news conference Thursday, Florence Police Chief Allen Heidler said some of the officers have returned home but will be “scarred for a long time period of time.”

Heidler remembered Carraway as the “bravest officer he’s ever known,” and the “epitome of a police officer.” October 28 would have marked Carraway’s 31st year with the city police force. Richland County Sheriff Leon Lott and his officers have been tasked with overseeing the massive crime scene, which included an armored vehicle used in the rescue of the officers.

Suzann Orrico was at work when the gunfire began. She heard the sirens from across town and realized her 15-year-old son was home alone just a block away from the shooting. The police perimeter around the neighborhood kept her away from her son for hours.

“The only way to describe what happened last night is something out of the movies,” Orrico said. “There were hundreds and hundreds of police officers, U.S. Marshals, and when I saw the F.B.I. show up I knew it was going to be a long time before we got in.”

Across the city people tried to find an explanation for the shooting.  Joesph Osborn said he respects people “sending thoughts and prayers” but believes action needs to be taken.

“I would love to see more gun control but I think it’s going to be more of the same,” Osborn said. “I think protecting our police force is something everyone can get behind. Regardless of where you stand on gun rights we need laws to protect our police.”

In the wake of Carraway’s death a GoFundMe was started to pay for funeral expenses for the family, and the goal of $30,000 was reached nearly reached within a day of the shooting. Some residents around Florence believe that this tragedy will bring the community closer together.

“The thing that I would call home isn’t the city but the people,” said Philip Jeffcoat, a student at Francis Marion University. “It’s kind of interesting how even through tragic events we build a sense of unity in the community.”

Residents said the feeling of unity in Florence is strong. Throughout the downtown district it seemed that every clerk and every person felt a loss. However, Jeffcoat remains hopeful.

“What tends to happen in Florence is when something bad happens we come together.”

Gov. Henry McMaster ordered flags lowered to half-staff after the shooting of the officers, according to the Associated Press. 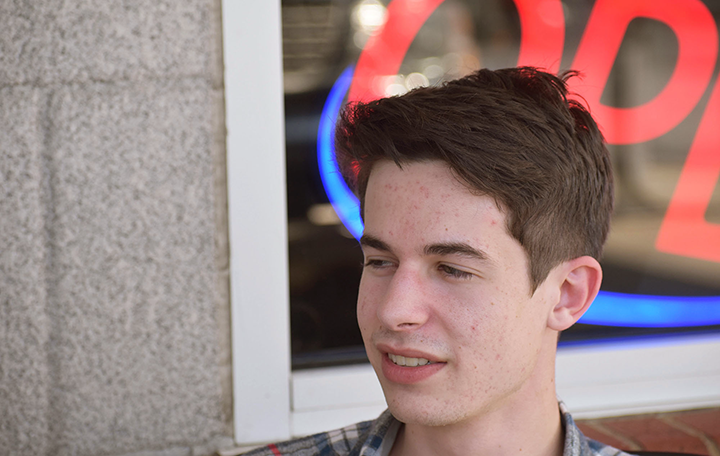 Philip Jeffcoat, 18, has lived in Florence for 12 years. He said he’s never seen or heard of anything like Wednesday shooting that resulted in a police officer’s death, but hopes that the city will unite in the wake of the tragedy. 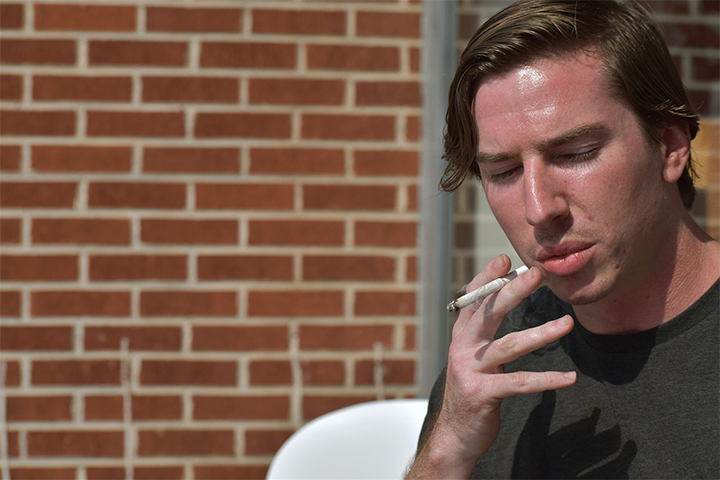 Florence resident Joseph Osborn sat outside Soule Cafe in the city’s downtown area on Thursday. As he smoked, he thought of the shots that rang out the day before in a deadly attack on the local police. 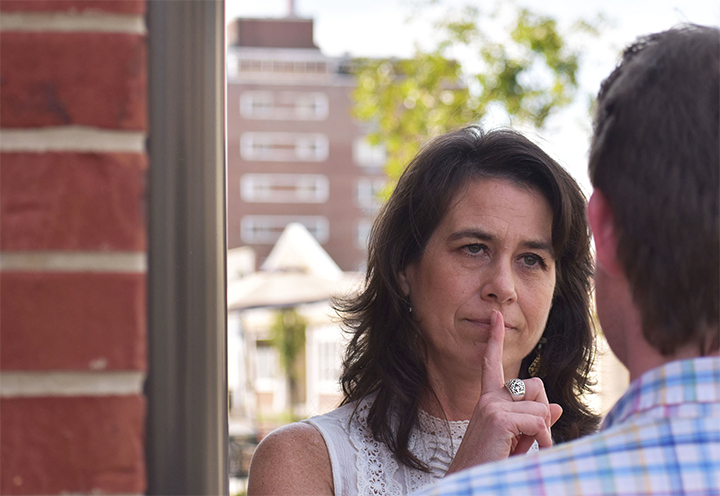 Suzann Orrico lives about a block away from the home where a gunman shot seven police officers and five civilians, killing one of the officers. 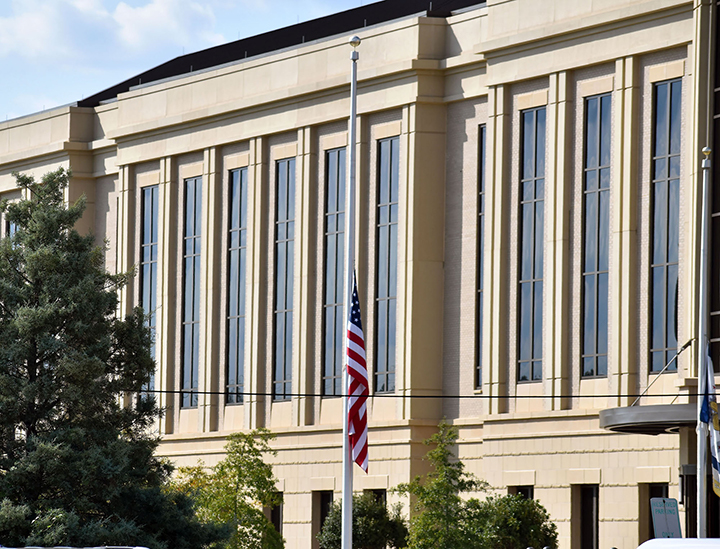 Gov. Henry McMaster ordered flags to be lowered to half staff to honor the memory of Terrence Carraway, who was killed in the line of duty after a gunman opened fire on Florence City Police on Wednesday.