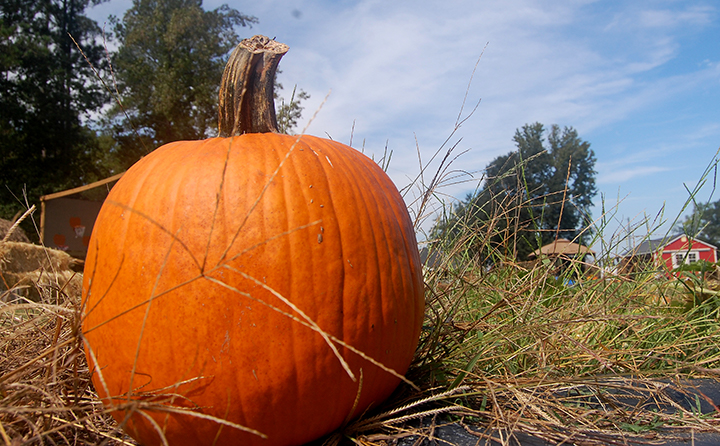 Every week at Lever Farms in Pomaria, the public can come and pick their own pumpkins from several fields just in time for Halloween.

It’s autumn and that means it’s time to wander through corn mazes, pick pumpkins and be prepared for Halloween haunted houses. A Lexington County farm has become part of family autumn traditions since Lynnette and Todd Lever decided to turn some of their strawberry fields into pumpkin patches and allowed the public to come and pick pumpkins through the season.

The Lever family began growing vegetables on the Lever Farms in Pomaria in 2004 but were put on the map a year later by growing strawberries and allowing the public to self-harvest their crop. The pumpkin patches began more recently in 2015 and quickly became a main attraction in the autumn season. The farm is open to the public every Saturday from 10 a.m.-5 p.m. and sees thousands of people visit over the course of a season.

“Some people want to actually pick a pumpkin off the vine,” Todd Lever said. “In South Carolina so many people have never had the opportunity to cut the vine because pumpkins are pretty hard to grow in South Carolina.”

People who visit the farm can also get into the autumn mood with a wide range of activities — taking a wagon ride around the farm, navigating a corn maze and playing games like cornhole or duck-racing. Kids also have the chance to learn where their food comes from and can ask questions about the animals or crops on the wagon rides.

“I enjoy providing a place where families can come and have wholesome fun,” Lynnette Lever said, “and make treasured family memories that’ll last a lifetime.”

The Lever farm is also a destination for many elementary school field trips for schools across the Midlands. The farm sees many children and educators take the trip to get a real first-hand look at some of the lessons they are taught at school and the importance of agriculture in South Carolina. The field trips even show students beekeeping and the plant life cycle for pumpkins.

“I love hearing the kids laugh,” Todd Lever said. “That’s who we focus on is the elementary aged kids and their families. We try to make it fun for them.”

Family and tradition are important to the Lever family. The pork sausage comes from a recipe that has been in Lynnette Lever’s family for over a hundred years. A country store operated by the Levers is a throwback to the one that Todd Lever’s grandfather use to own at the top of the hill. The items on sale in the store are all locally grown and organic or bought from a close friend from a nearby farm.

“We are a true family farm,” Todd Lever said. “My son is about to finish up school and this is what he says he wants to come back and try to make this his living too. My daughter is 15 she’ll be here to help us plant strawberries when she gets out of school. My in-laws in their seventies are coming this afternoon to help. It’s all family helping basically and if it’s not family the other ones that help do sure feel like family.” 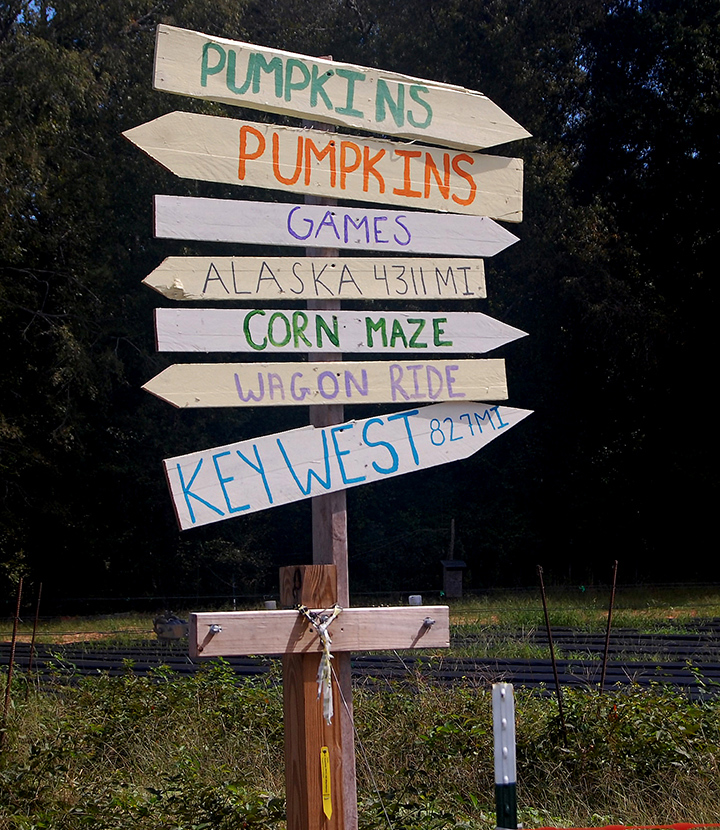 The Farm is well known for their self-picking strawberry seasons but around the but around fall time the pumpkin patches turn into a chance for families to learn about farming and livestock wile participating in actives like wagon rides. 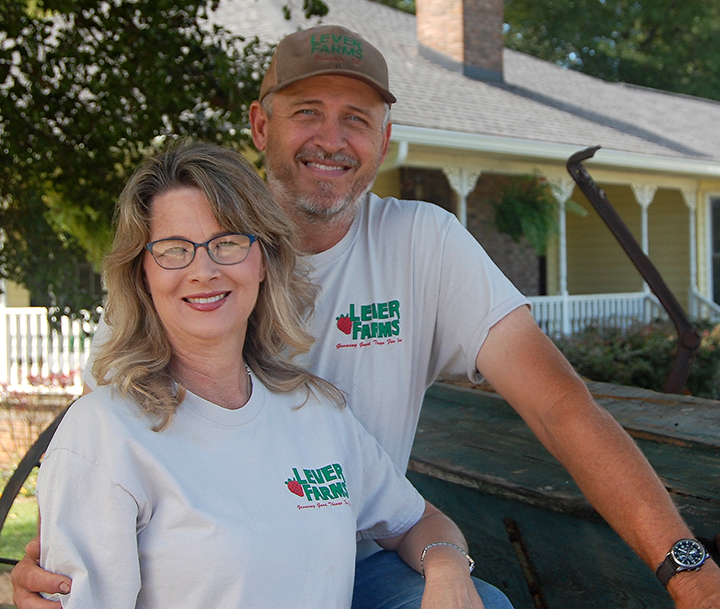 The 115 acre farm has been in the Lever family for over 100 years and every Saturday Lynnette and Todd Lever try to provide a place for families to have fun, learn and make life long memories at the farm. 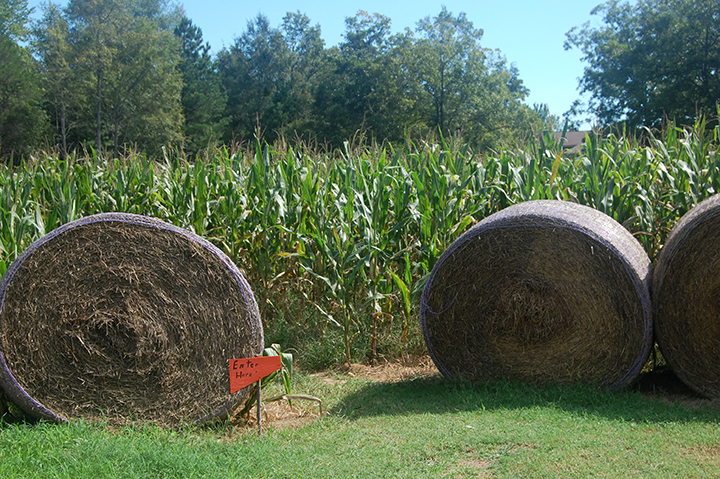 The acre and a half corn maze is usually a popular attraction with the younger visitors to the farm. Other attractions include duck races, hay mountains and wagon rides. The Lever farm tries to connect youth to the land and show them where their food comes from.

The scarecrow contest has local folks, businesses, organizations and school clubs build their best scarecrow and display it for visitors to cast their vote for the best. The winner of the competition takes home $250. Some scarecrows even have moving parts including one milking a cow with working utters. 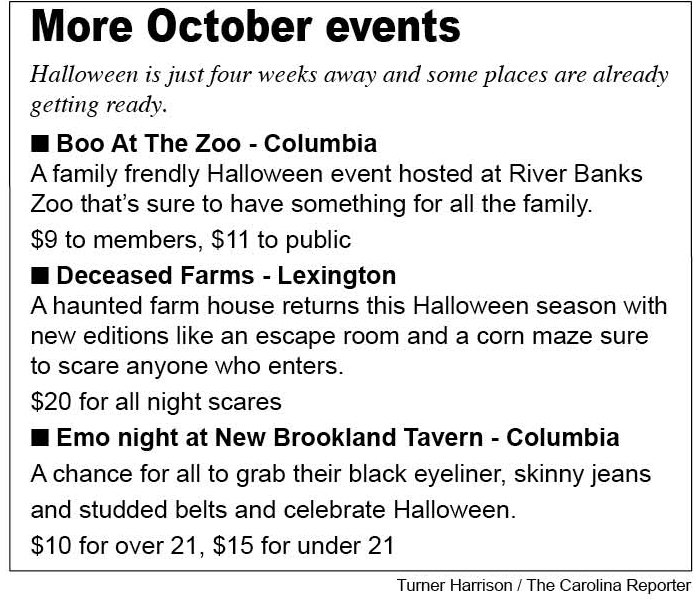 BREAKING: Former VP Mike Pence is no longer visiting Charleston due to his daughter going into labor.