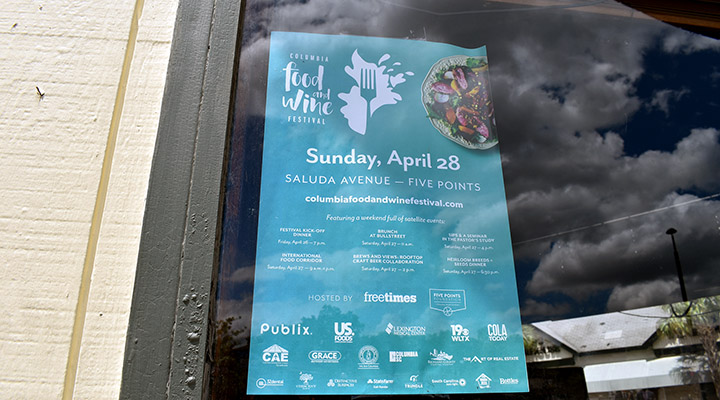 Columbia’s second annual Food and Wine Festival on Sunday is paired with a weekend full of events. This weekend is an opportunity for everyone to explore local businesses from around the community.

Columbia’s second annual Food and Wine Festival offers restaurant cuisine and beverages and a chance to mingle with some of the top chefs in the city.

“Festivals in general are the economic impact drivers,” said Amy Beth, co-chair of Columbia Food and Wine Festival. “We want to bring people from outside of Columbia into our city to spend their dollars here with us, but we also want to help encourage local spending.”

According to Beth, the Five Points Association works with the Free Times to put together the festival. This year, 46 restaurants and 11 breweries from around the community will be at the festival on Sunday, including Twisted Spur. A detailed look at this weekend’s events can be found on the Columbia Food and Wine Festival website.

“We’re locally owned and operated…. born and raised here,” said Twisted Spur Kitchen Manager Rebecca Baldwin. “To have support from the community and from the Vista and Five Points and other local organizations is important for us.”

Beth says Friday evening and Saturday offer a variety of events to lead up to Sunday’s Food and Wine Festival.

A 7:00 p.m. kick-off dinner at Saluda’s starts the weekend of culinary and beverage exploration. Attendants can try six courses provided by six different businesses in Columbia.

Saturday morning includes a variety of international food starting at the 9:00 a.m. Soda City Market on Main Street and an 11:00 a.m. brunch in the Bull Street District.

That afternoon, River Rat will be hosting “Brews & Views,” where craft beer fans can go to the rooftop to try the official craft beer of the Columbia Food and Wine Festival, Tangerine Dreams. This beer was created through a collaboration of five breweries and beverage businesses from around the community.

For wine enthusiasts, 4:00 p.m. will include an educational wine tasting at Lula Drake. A 6:30 p.m. dinner will be catered by Motor Supply Company Bistro and Spotted Salamander Café & Catering at Historic Columbia’s Seibels House and Garden.

“A lot of these restaurants, they’re mostly all locally owned… it’s our local economy that’s supported by those restaurants,” Beth said. “If we could have an event that brings in tourism, highlights these restaurants and helps to build the scene… it’s all part of the bigger picture, which is driving dollars to Columbia.”

Since last year, the festival has expanded to include a larger variety of beverages, cuisine and business involvement.

“We were one of the first breweries that was invited to go. It’s normally been food and wine, but now they’re doing food, wine and beer,” said Baldwin, who is preparing a menu to pair with the beer brewed at Twisted Spur, which will be available at the festival.

“It’s gonna give us the chance to kinda get out there a little bit more, mingle with some of the other local breweries,” she said.

Beth said the Food and Wine Festival does not have as many economic benefits as other festivals Five Points hosts, such as the St. Patrick’s Day Festival in Five Points, but she believes it will grow in later years. “In its second year it’s still very small. The fraction of expenses and revenue are very little, we receive no city funding for the event so it’s 100 percent sponsorships.”

“If I can get a family to come out or a group of friends to come out and try a couple different restaurants that maybe they’ve never tried before, but will then start going to, that’s a local economic impact,” Beth said. “It’s all about those tourism dollars and spending your money locally.” 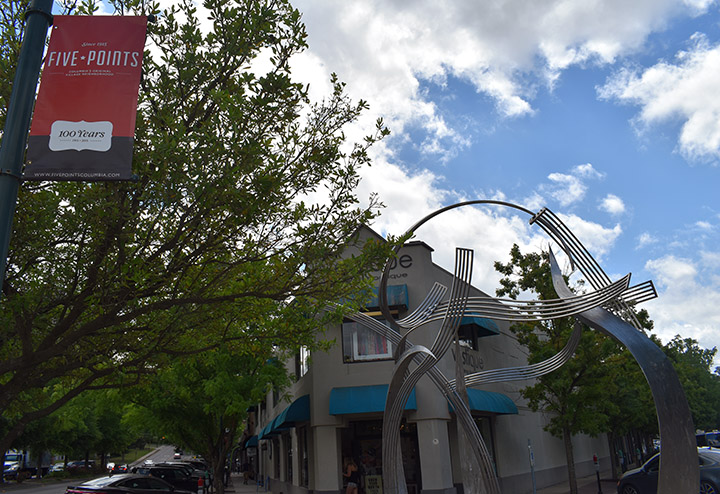 The Five Points Foundation wants everyone to remember this event is for everyone 21 and older and no dogs are allowed. Tickets are available on the website and are $65 in advance and $75 at the event. 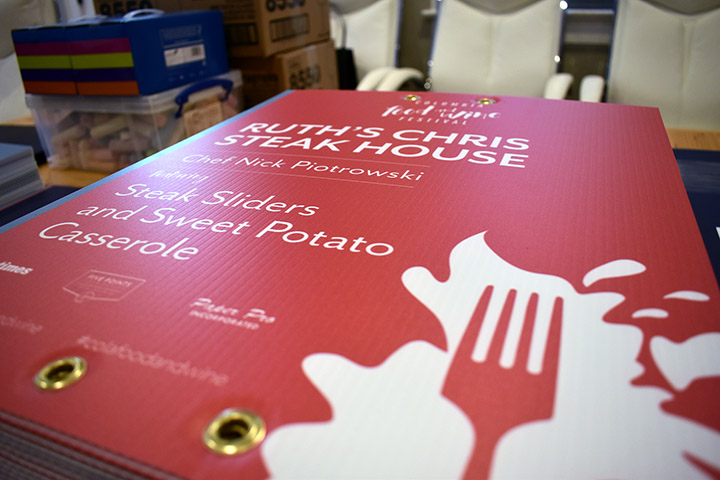 The Five Points Foundation is working with Free Times to prepare for the festival. The organizations are collaborating with sponsors and local businesses and promoting the event. 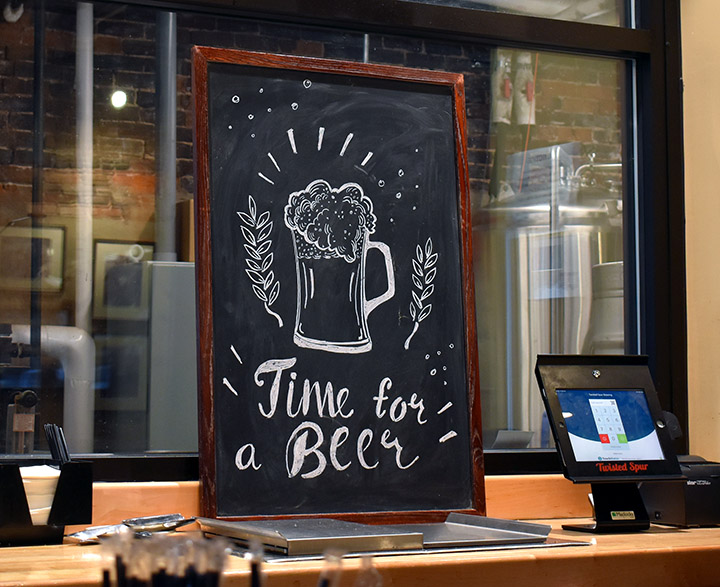 This year, the festival will have beer from local breweries as well, including the brews from the first brewery asked to get involved, the Twisted Spur. 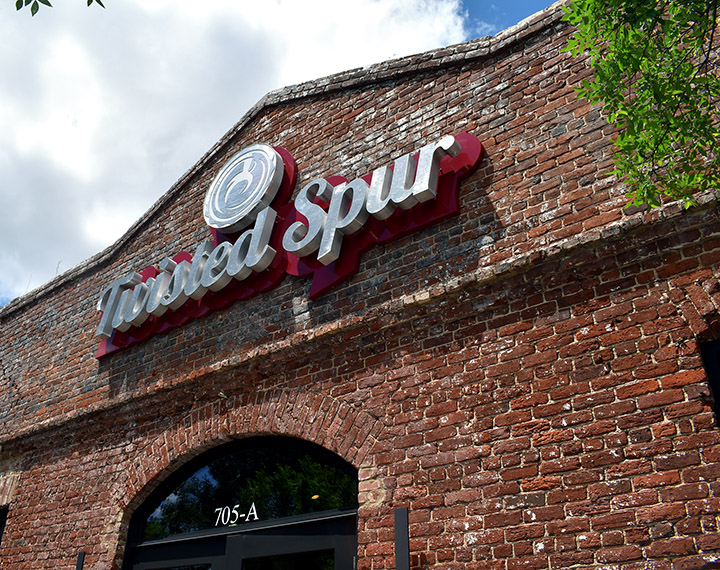 Local businesses like Twisted Spur are excited about the opportunity to get involved and interact with the community. 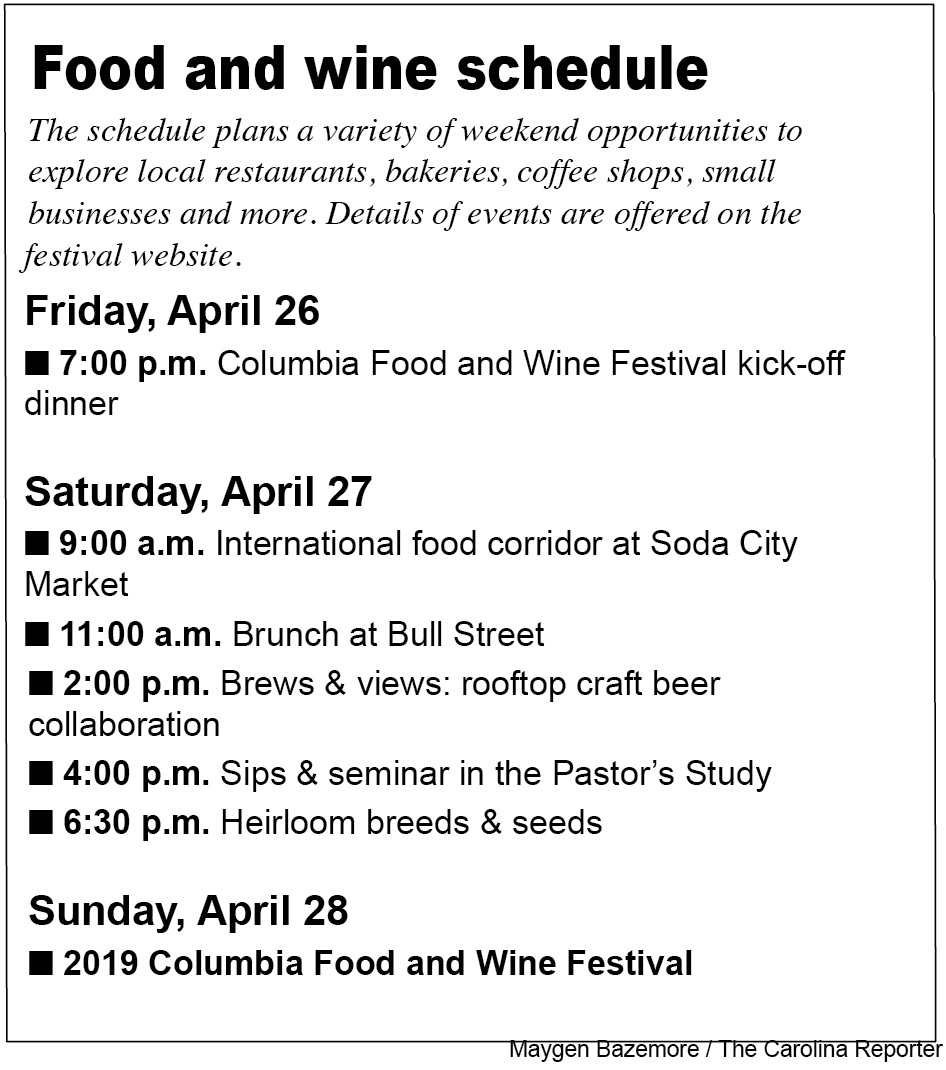