For duck hunters, ‘nothing but you, your friends, and God’s earth’ 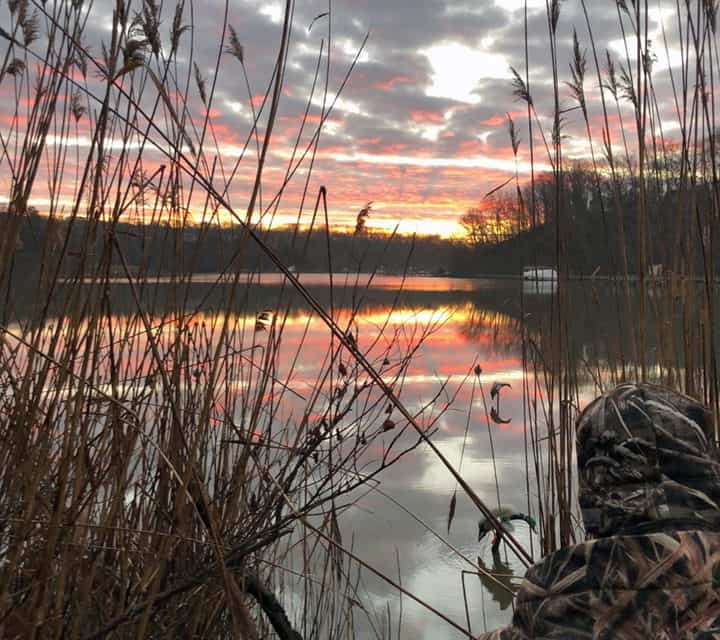 Duck hunters have the opportunity to experience the beauty of nature. University of South Carolina student Nick Prieto photographed this stunning orange sunrise while duck hunting in his home state of Maryland. Credit: Nick Prieto

South Carolina hunters got their first shot at duck hunting during Thanksgiving, in a week-long season that that ended Nov. 30.

The Cates’ primary waterfowl impoundment at Buckeye Farms is a 25-acre plot covered in planted corn and flooded with water. It’s a primary dining option for ducks searching for food while flying on the river.

Cate said that the first season’s migration was strong, with most hunters in his group reaching their limit legal of three wood ducks, the state’s most common waterfowl species.

Since the end of the first season, the number of wood ducks has decreased, but Cate hopes that an 11-day break and expected lower temperatures in December will push another large migration group south.

Above all, Cate is excited for the teamwork and camaraderie that duck season fosters among hunters. “You do create special friendships in the duck blind,” he said.

The South Carolina Department of Natural Resources sets and enforces hunting regulations in the state on public and private lands with an aim of protecting South Carolina’s water fowl while ensuring hunters’ ability to enjoy the sport.

Officers must be prepared for a number of situations, said Kenneth Simmons, a captain in the agency’s No. 3 region.

DNR officers often arrive early to patrol public land so they can observe duck hunters who arrive before dawn in hopes of finding a good spot.

“The duck hunter is going to want to get there before everybody. So we’ll have officers there before them,” Simmons said.

When hunting ducks, strict bag limits are enforced for each species of bird. For example, each hunter is only allowed to shoot three wood ducks and two mallards in one day. Hunter may start hunting 30 minutes before sunrise and end 30 minutes after sunset.

Bag limits are based on multiple factors, and if a hunter is caught with an excess number of birds, they could potentially be tried in federal court. Waterfowl hunters are also only allowed to harvest birds with steel shot and a gun that holds a plug, meaning that only three shells can be loaded.

“If I catch someone with over the limit mallards, I have the option as an officer to keep (the case) in state court or I could put it in federal court,” Simmons said.

If a hunter is on a public body of water by boat, “they’ve got to abide by all of the state and federal laws pertaining to safety equipment and navigational lights,” Simmons said.

Boats with running motors must be properly registered with the state, and depending on the size of the boat, life jackets and fire extinguishers could also be required.

South Carolina is in agreement with the federal Migratory Bird Treaty Act, giving the waterfowl flying through the state a federally-protected status.

“It migrates from one end of the country to the other. I can’t do that for a deer, because it is in the possession of the state,” he said.

Hunters are required to purchase the annual $27.50 federal stamp and $5.50 residential stamp and are issued a cost-free migratory waterfowl permit. The funds go toward preserving duck populations and habitat conservation.

Non-profit organizations play a major role in introducing new hunters and other conservation-minded people to the sport.

Nick Prieto, a third-year environmental science student at the University of South Carolina, said his family introduced him to duck hunting at an early age. An Annapolis, Maryland resident, Prieto grew up hunting the Chesapeake Bay, the largest estuary in the nation.

At UofSC, he serves as an executive member of USC’s Ducks Unlimited Club, which aims to raise funds for conservation and promote the sport to potential new hunters. 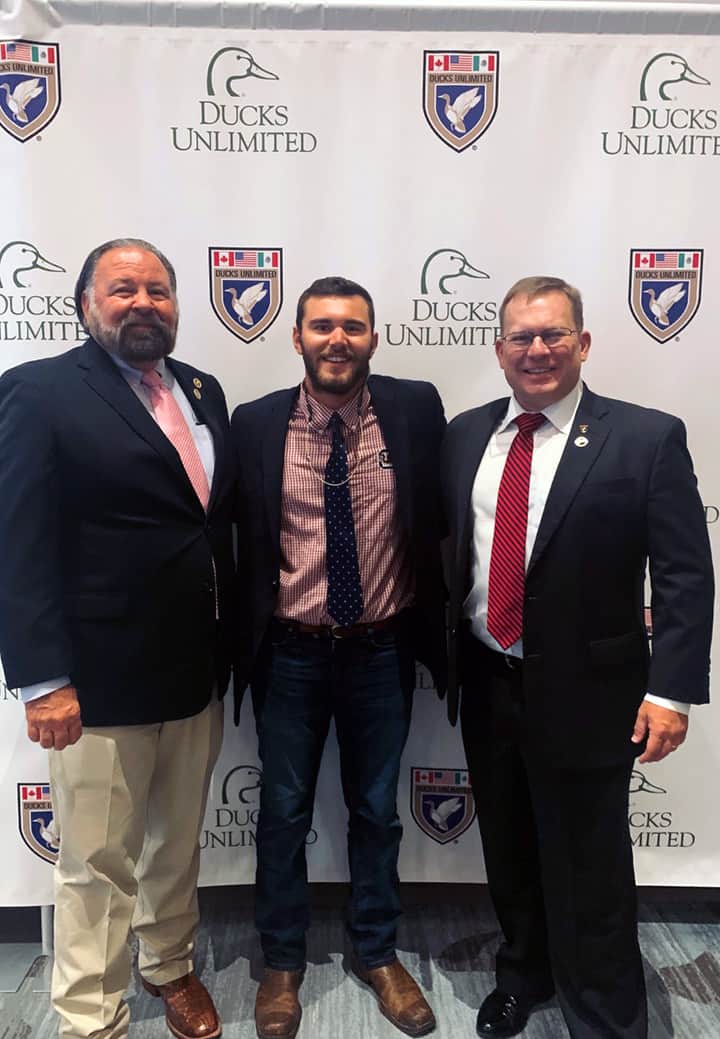 Nick Prieto, center, had the opportunity to represent UofSC at the collegiate national meeting of the nonprofit Ducks Unlimited in Memphis this August. Credit: Nick Prieto 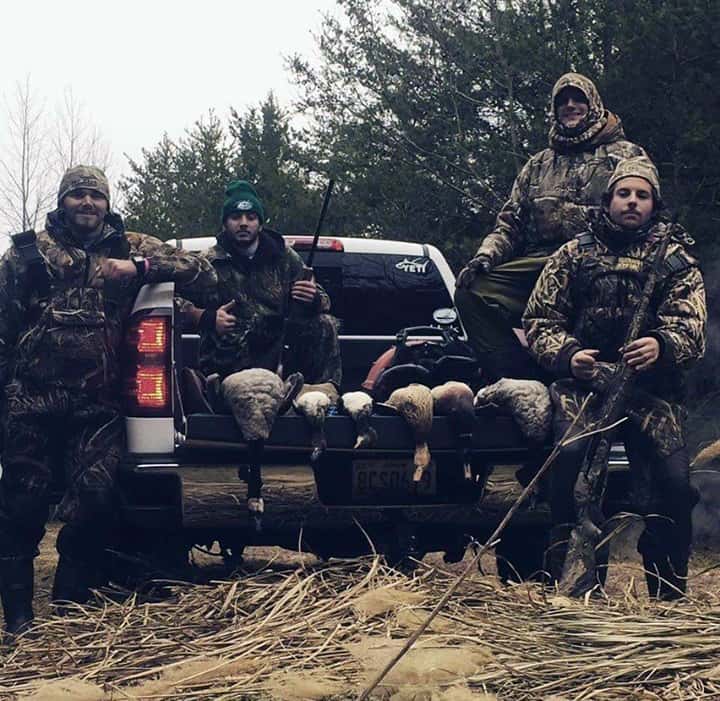 Nick Prieto and friends pose for a picture after a successful hunt on the South River in Maryland. The group harvested a blue bill, merganser, two mallards, and two Canada geese. Credit: Nick Prieto