For one South Carolina advocate, offshore drilling is off limits 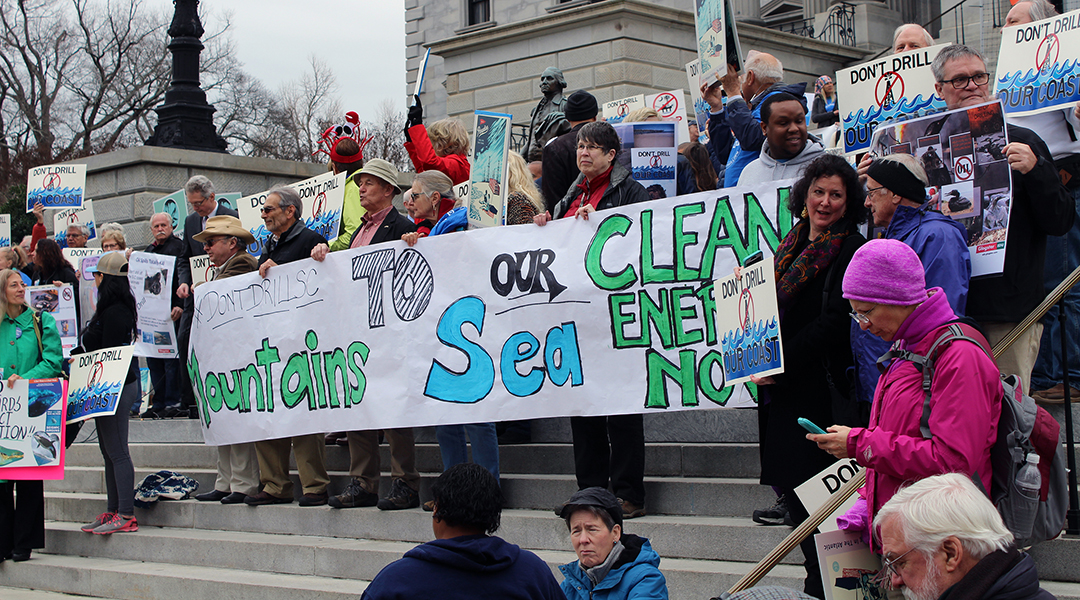 Hundreds of protesters voiced their opinions on the State House steps last Tuesday, sending a message to their representatives that offshore drilling in South Carolina would not be tolerated. 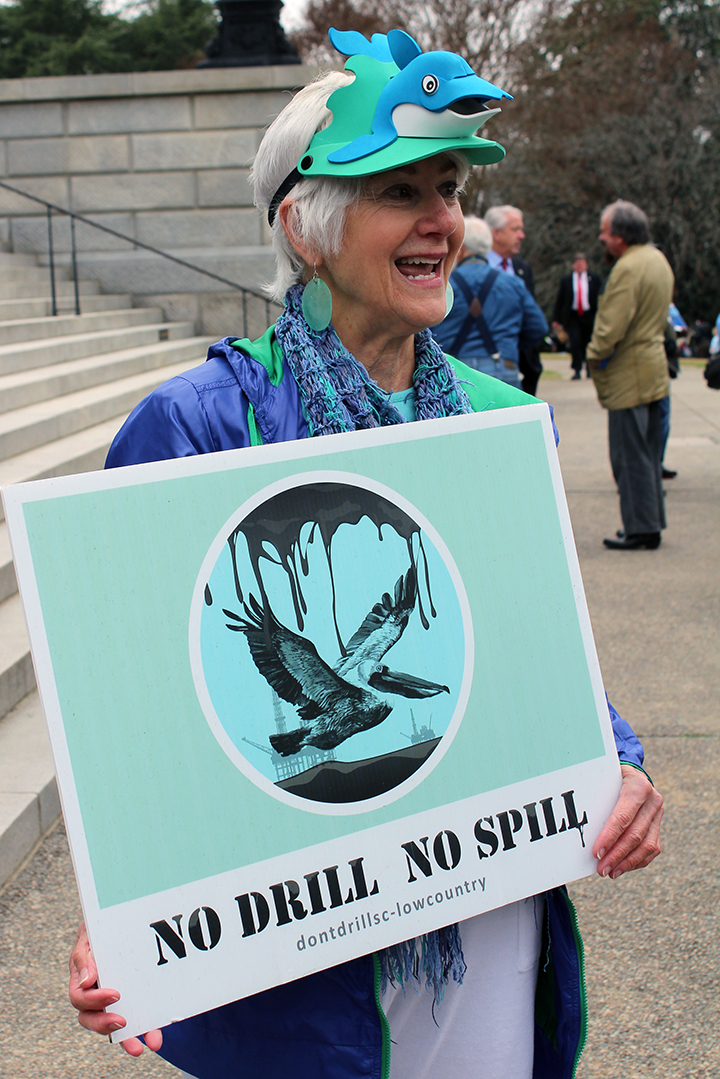 Alice Morrisey proudly brandishes a sign in opposition to offshore drilling from off the coast of South Carolina. 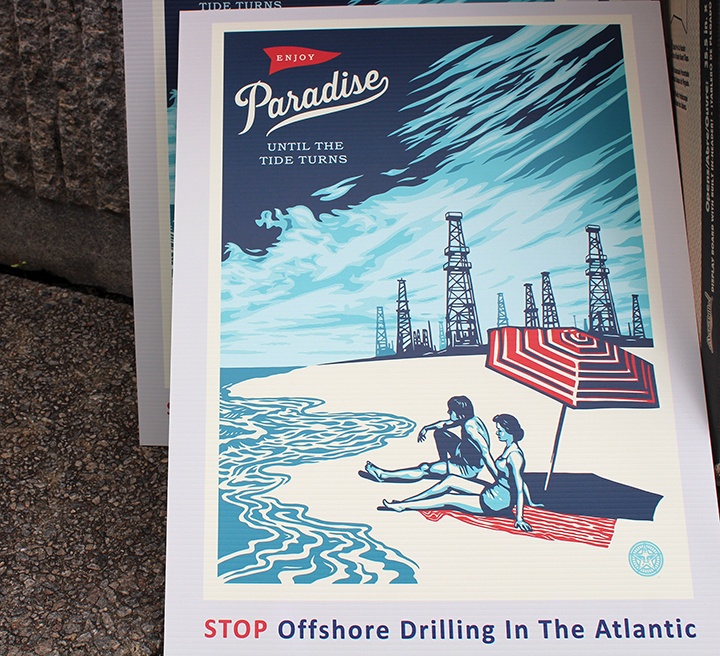 One of the many signs protesters were holding up during the anti-drilling rally on Tuesday morning. 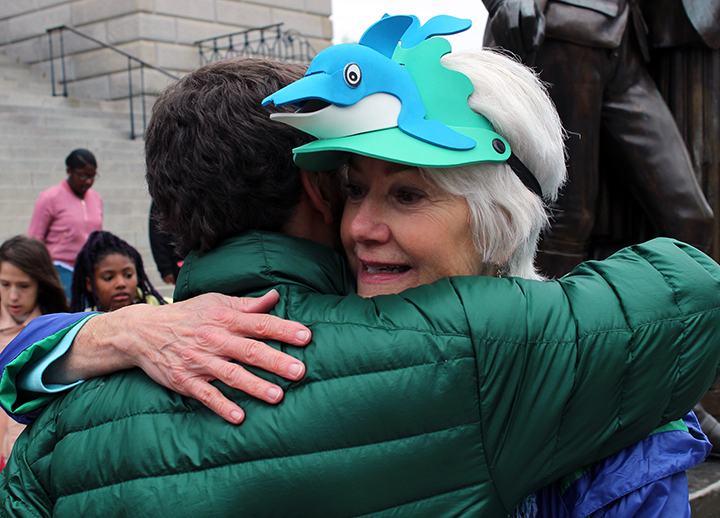 Alice Morrisey’s compassion for nature and marine life also extends into her passion for people. 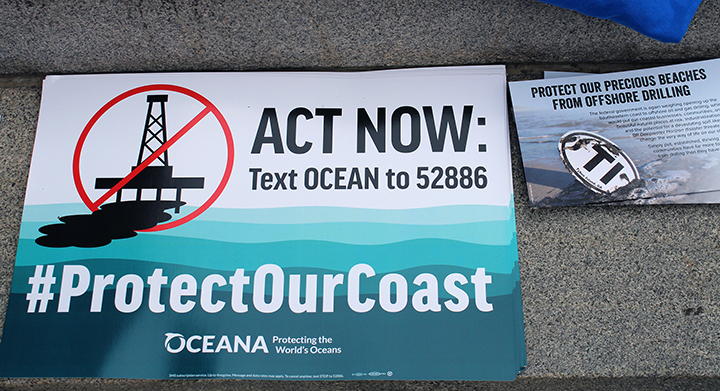 Oceana, one of the prominent groups to help organize the anti-drilling rally in Columbia, produced signs to get the word out for future events and news concerning oil drilling.

Alice Morrisey is no stranger to advocacy, and she’s willing to don a dolphin outfit complete with a tail to protest the prospect of off-shore drilling along South Carolina’s coast.

Morrisey played a pivotal role in helping to organize an anti-off-shore drilling rally Tuesday on the State House steps in Columbia.  She informed many of the residents in Sullivan’s Island of the possibility of their waters being opened up for off-shore drilling and seismic testing.  She was astonished by the amount of people who were unaware but would be directly affected.

“This isn’t about politics,” Morrisey said. “It’s about our homeland. It’s about saving paradise.”

The Trump administration has advocated opening up the U.S. coast to off-shore drilling, a move that is undergoing federal scrutiny now. On Tuesday, advocates of the proposal, Explore, South Carolina, also held a rally late in the day to support the move.

Morrisey first stood up for environmental advocacy when a high-rise multi-purpose complex was proposed to be built in Mount Pleasant, not far from Morrisey’s home on Sullivan’s Island in 2015.  She went to the public hearing where, instead of speaking, she began to sing Joni Mitchell’s song “Big Yellow Taxi”: “They paved paradise and put up a parking lot.”

Once she reached the end of the song, Morrisey inspired the rest of the crowd to sing along.  Since that hearing in 2015, she has adopted unconventional methods — including her distinctive aquatic outfits — to further her cause.

During the Obama-era years, amid fears of offshore drilling along coastal states, Morrisey and her neighbors formed a nonprofit, grassroots organization called Don’t Drill Lowcountry in 2015.  They have been big advocates of opposing offshore drilling since.

Morrisey, a 66-year-old woman, has lived on Sullivan’s Island for many years and is deeply moved by the island’s natural beauty and marine life. Morrisey was widowed nearly ten years ago and survived breast cancer, but found peace in paddleboarding in the creek near her home.

“Paddleboarding, being that close to nature, really has brought me back to health and wholeness, and paddleboarding with a family of dolphins right beside my dock has sustained me,” Morrisey said.

She has walked on the beach in Santa Barbara with tar squishing through her toes, “looking out at the oil rigs was bad enough, but I’d look down at the beach and I would have tar on my feet, and I could come home to Sullivan’s Island and know that our beach would always be pristine. Until we got the news that drilling would be a possibility, I don’t ever want to see that.”