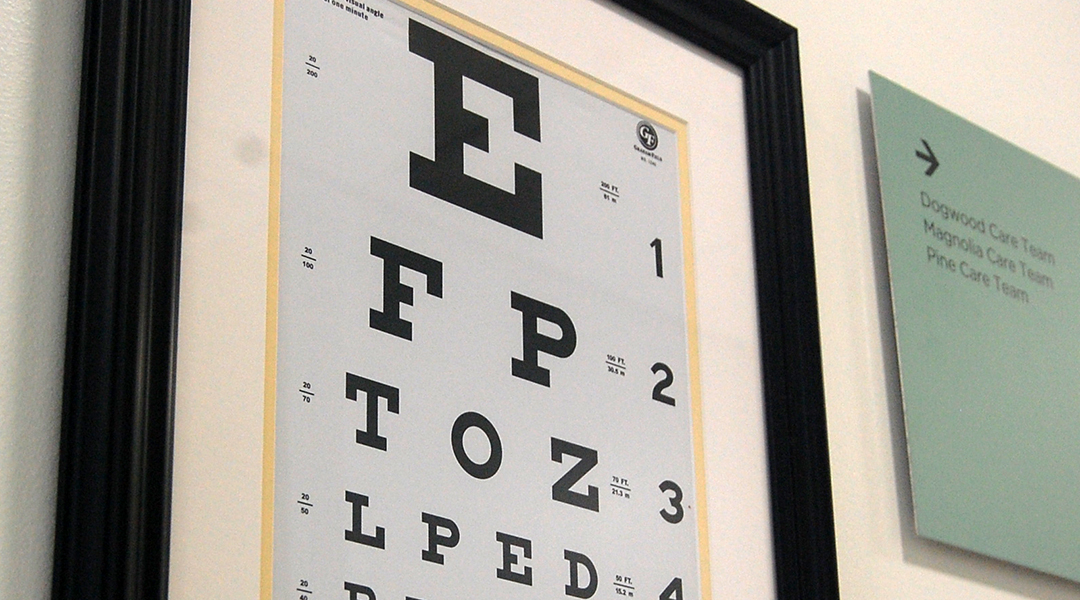 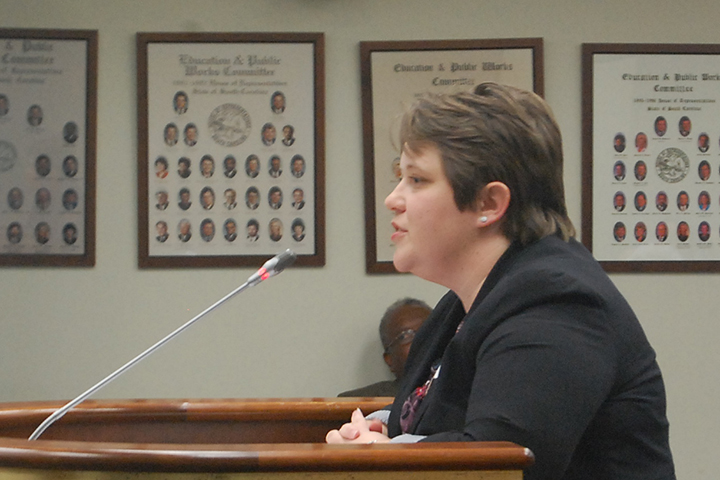 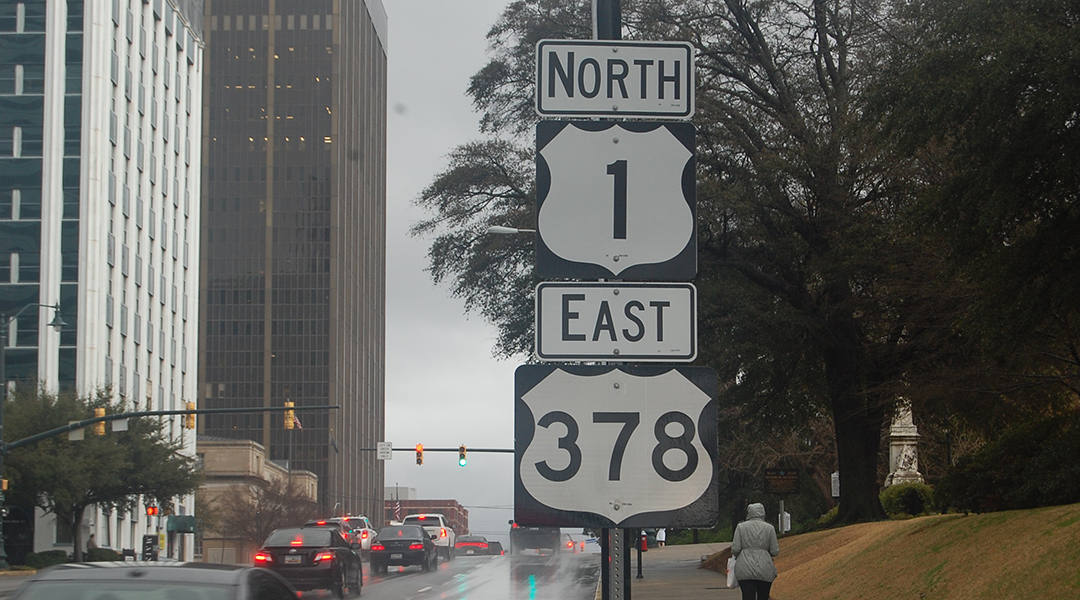 Street signs are configured for individuals with 20/30 vision to see clearly. 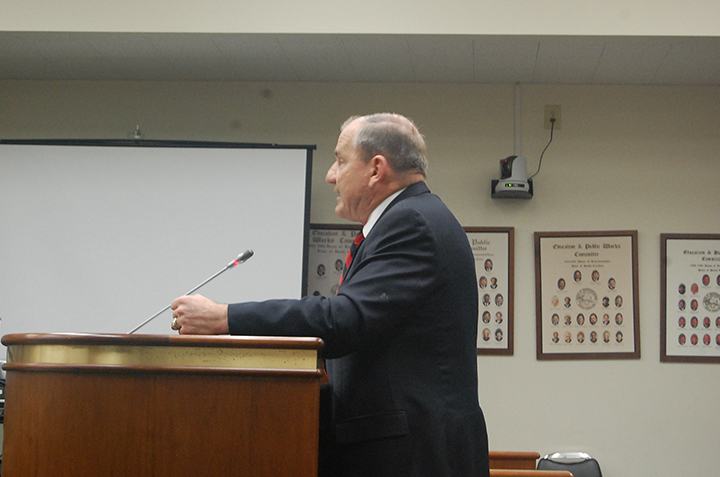 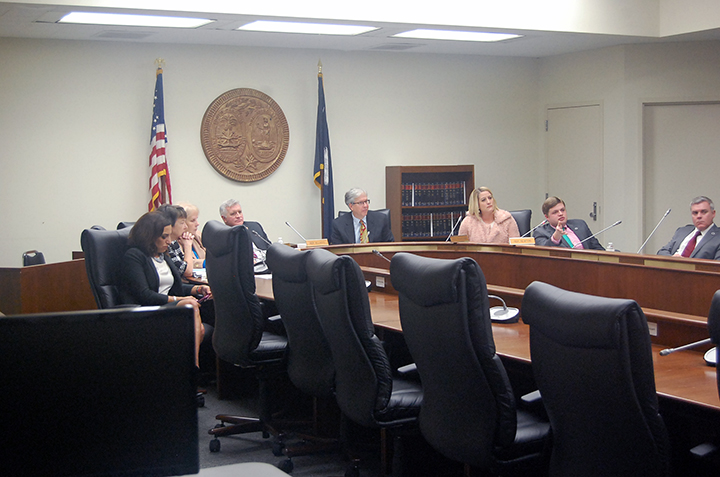 Eye exams are one step closer to being reinstated for South Carolinians hoping to renew their driver’s licenses.

After an hour of testimony Wednesday, the S.C. Transportation and Motor Vehicle Joint Subcommittee voted unanimously to send the measure to the Education and Public Works Committee. If signed into law, the bill would reinstate mandatory eye exams for state residents attempting to renew their driver’s licenses.

Last year, SCDMV executive director Kevin Shwedo pushed for the elimination of eye exams for license renewals to lower wait times for residents, partially in anticipation of the REAL ID required by the federal government.  The legislature obliged, making vision screenings mandatory only for state residents initially applying for a license.

Shwedo told the subcommittee that data from the American Automobile Association has found that DMV eye exams had little or no effect on safety and would only lengthen DMV waiting times, which he said were near the shortest in the nation. Other states, he claimed, ended up with lines of up to six hours after implementing REAL ID.

“My job, I thought, was to go ahead and find ways to mitigate that impact on the community without adversely impacting the safety within the state,” Shwedo said. “To be very clear, my number one priority is always going to be safety.”

President George W. Bush signed the REAL ID Act into law in 2005. Among other security measures, the act imposes standards for information printed on a state-issued driver’s license and documentation required to obtain one.

As of Wednesday, 32 U.S. states and territories are certified compliant with the Act while 23 others have received extensions. Only one territory – American Samoa – is uncompliant without an extension.

South Carolina began receiving REAL ID extensions in March 2008. The most recent, granted in October 2017, allows state residents to use state-issued identification to gain access to federal facilities and commercial flights through Oct. 10.

Shwedo was alone in his objection at Wednesday’s meeting. Only two subcommittee members, Reps. Ashley Trantham, R-Greenville, and Patsy K. Knight, D-Dorchester, were not among the 31 sponsors to the bill.

Johndra McNeely of the South Carolina Optometric Physician’s Association cited peer-reviewed studies to refute Shwedo, including one that found drivers without visual impairment respond to obstacles at distances 3.6 times farther than drivers with impairment.

Another study, she said, found vision screening corresponded with a 17 percent reduction in the collision fatality rate among Florida drivers aged 80 or over.

“This is simply common sense legislation,” said McNeely of the bill, which the SCOPA helped write.

Speaking for AAA Carolinas, lobbyist Michael Covington said data cited by Shwedo was incomplete and asked the panel to consider whether mandatory exams would make South Carolina roads safer, even if their absence would not make them more dangerous.

The State House has significant reason to be concerned with road safety. According to data compiled by the National Highway Traffic Safety Administration, South Carolina surpassed 1,000 traffic fatalities for the first time since 2007 in 2016. For scale, the state’s rate of 20.61 traffic fatalities per 100,000 residents nearly lapped the national average of 11.59 per 100,000 residents.

Though the NHTSA has not yet compiled 2017 data, a report by the S.C. Department of Transportation stated 798 traffic fatalities had been recorded through October 2017, on track for 1,035 by the end of the year.

Howard spoke of how he learned he had glaucoma at 20 when a visual defect was found at a DMV screening. At that age, Howard said, he “never” would have gone to an optometrist otherwise, which could have caused his sight to deteriorate further over time.