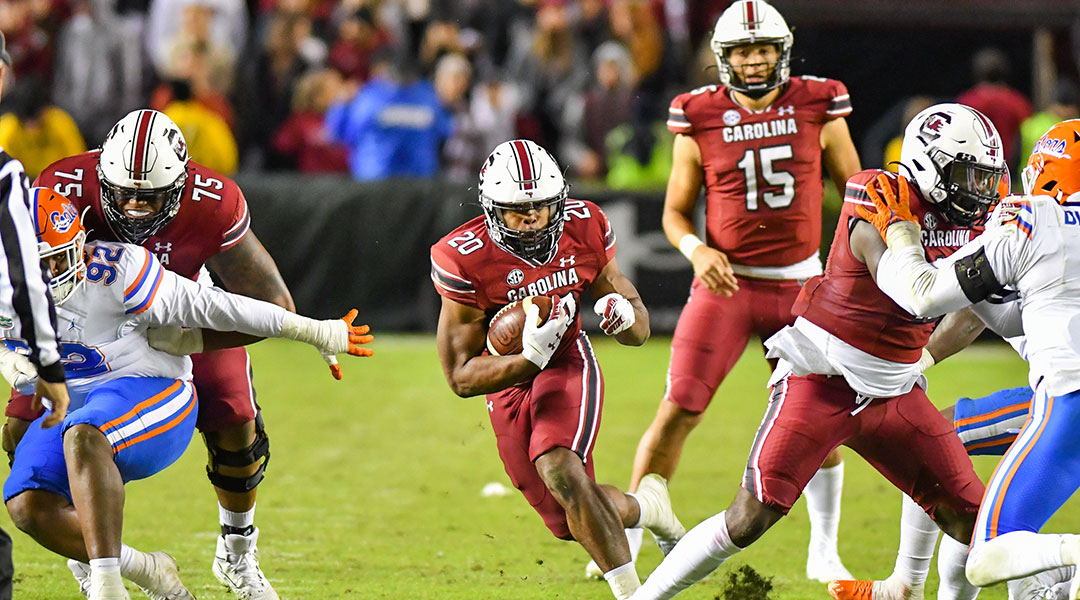 Sophomore running back Kevin Harris (#20) and the South Carolina offense averaged 6.8 yards per carry on the ground against Florida. Harris went for 128 yards on 16 carries which was his first game of the season recording over a 100 yards. Photos courtesy of SEC Media Portal

The South Carolina Gamecocks offense exploded for 459 yards of offense against SEC East foe Florida Gators at Williams-Brice on Saturday in a 40-17 victory.

This came after a bye week where the Gamecocks were licking their wounds after struggling with their offense through the first eight games, including a humiliating first half against Texas A&M. In that game, the Gamecocks gained just 11 yards of offense. During the bye week, the Gamecocks did some self-scouting to see what they could do to put their players in the best position to make plays, according to Head Coach Shane Beamer.

The Gamecocks had to find something that would help spark their offense. One change that they made was handing over the reins of offense to redshirt senior Jason Brown.

Brown, who had been third on the quarterback depth chart throughout the season, was named starter after Zeb Noland had surgery on his knee.

Brown had a fantastic performance during the Florida game, going 14/24 for 175 yards with two touchdown passes. Brown’s standout performance came down to how he handled the offense.

Brown said this was a special moment for him after not seeing the field much earlier in the year.

“I can’t even put into words how I feel right now,” Brown said in a press conference after the Florida game. “It’s just an unreal feeling. Just think about it, I was a third team guy for a while, and I just kept preparing as I was a starter. Just being able to come in and lead us to a victory tonight is just something special.”

Florida is known for pressuring quarterbacks to try to force turnovers. During multiple plays in the game, Brown was forced to move up in the pocket and keep his eyes downfield, and he did just that.

The best example was on a touchdown throw to senior wide receiver Josh Vann. Brown first had to handle a high snap, move up in the pocket after being blitzed on the outside of the formation, and then scramble and keep his eyes downfield to find Vann wide open in the end zone.

This wasn’t the only impressive throw that Brown made all night. In the first quarter, Brown threw a deep ball into the end zone that was right in the hands of senior receiver Dakereon Joyner, but he just missed making the catch. Brown had a defender right in his face, which makes the throw he made more difficult.

Yet, he put the ball right where only Joyner could make the catch.

Brown’s most impressive play all night came with two minutes left in the second quarter. The Gamecocks were at their own 24-yard line. Brown faked a handoff to Marshawn Lloyd, who struggled to block a rusher off the edge. This forced Brown to spin out of pressure and throw the ball from his own 12-yard line.

Roughly 60 yards later, Brown’s pass landed right into the arms of a leaping Josh Vann who made an incredible catch at the Florida 28-yard line. Gamecock fans haven’t seen that type of throw made by a Gamecock quarterback in some time.

Brown showed poise throughout the whole game while managing the offense without turning the ball over, something Florida has been known to do.

The line consistently created a big push up front and drove their counterparts back. This helped the run game tremendously by opening holes for the backs to run through. That is something that has not happened all year.

The running backs used those huge holes created by the offensive line to tally 284 yards on the ground. Junior Kevin Harris and redshirt senior Zaquandre White both rushed for over 100 yards and looked as if they had found their confidence again.

Beamer knew the line of scrimmage was something that they needed to win during the game.

“We controlled the line of scrimmage, that is where it started,” said Beamer in a press conference after the Florida game. “We made an individual commitment to win your one-on-one battles, be physical, and just compete. They played physical, and it was fun to watch from that standpoint.”

At wide receiver, the Gamecocks did a excellent job of blocking down field for whoever was running the ball.

On sophomore wide receiver Jaheim Bell’s touchdown pass in the third quarter, Bell had his two receivers, E.J. Jenkins, and Josh Vann, making key blocks down the field. All Bell had to do was make one man miss, and he did that with ease and walked into the end zone.

The play calling from offensive coordinator Marcus Satterfield was the most successful it has been all season. There were a few new wrinkles and formations that the Gamecocks utilized that really threw off the Florida defense.

One play that stood out was a pass to senior Nick Muse. South Carolina had been running counters all night, which they saw worked against the Gators when they played LSU.  The Gamecocks used that to successfully encourage the Gator defense to bite on the counter.

Muse was running wide open down the middle of the field while Florida thought that the running back had the ball. It was a perfect play call and was executed by the offense perfectly. Beamer noted after the game that they used the same play at Oklahoma when he was the tight ends coach and he hoped Sooners Head Coach Lincoln Riley was proud of him for using it.

In previous games, the Gamecocks had used Joyner as their wildcat quarterback. That strategy had not seen much success in its time being used. Instead, the offensive coaching staff decided to put freshman running back Juju McDowell in the wildcat. In the first time McDowell in the wildcat, he found his way into the end zone.

Beamer said he liked what he saw from an execution standpoint from his offense.

“We did some good things schematically,” Beamer said. “We tried to get into some certain formations and checking the run based on how they lined up. Our guys did a good job of handling that and executing it, but really it just gets down to trying to be more physical up front and be the most physical group on the field.”

Satterfield said that not much changed from a play calling standpoint in the off week.

“We really didn’t change anything,” said Satterfield in a press conference Wednesday. “We didn’t change the scheme. I think the only thing that we really changed is the practice through the bye week and the competition and the energy that was created.”

The next step for the Gamecocks is to continue strong play on offense against the Missouri Tigers on Saturday. Missouri statistically ranks as one of the worst defenses in the country. The Gamecocks look to get their run game going again against a Tigers run defense that ranks No. 129 out of 130 teams in the country.

If the Gamecocks find a way to win in Columbia, Missouri on Saturday, they will achieve their sixth win of the season and will be bowl eligible. 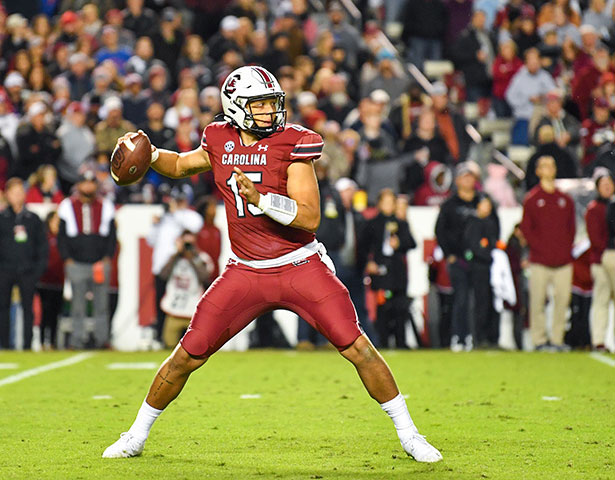 Redshirt senior quarterback Jason Brown, who transferred in from St. Francis (Pa.), has been waiting for his opportunity to show what he can do. That happened Saturday night against Florida. 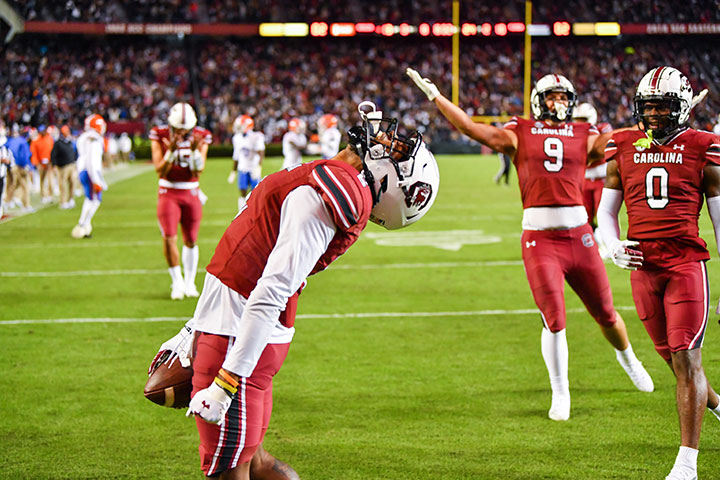 Senior wide receiver Josh Vann continued his strong season after going for 111 yards on 11 receptions and one touchdown. Vann averaged 15.9 yards on his seven receptions. 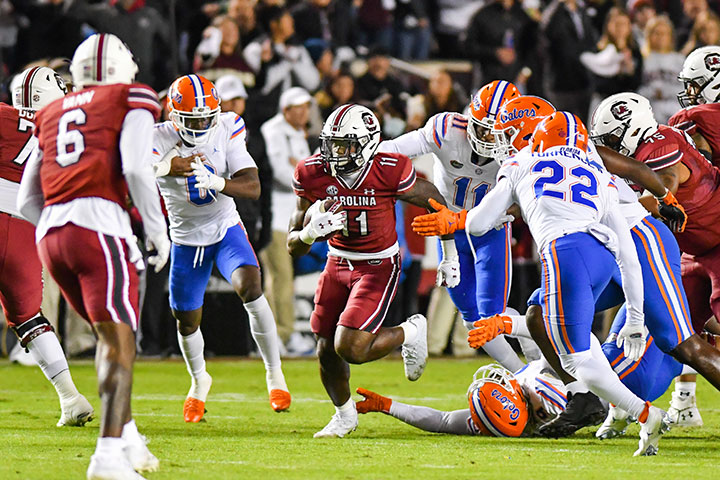 Senior running back Zaquandre White also tallied over 100 yards alongside Harris. White had 111 yards on 13 carries while averaging 8.5 yards on the ground. 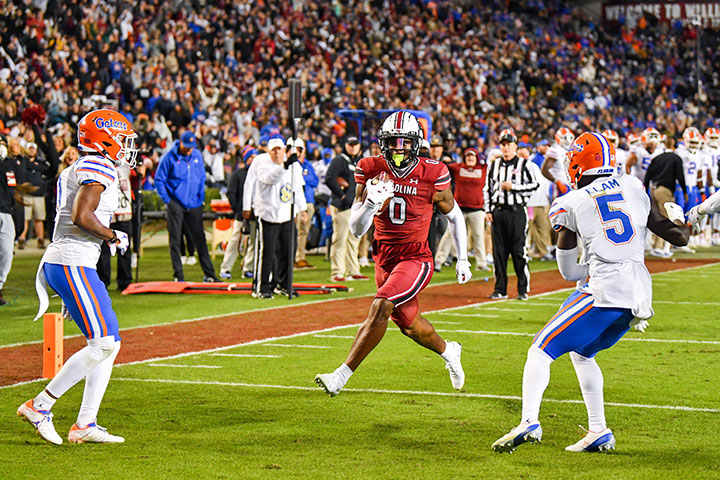 Sophomore wide receiver Jaheim Bell scored his third touchdown of the season late in the third quarter on an eight-yard pass from senior quarterback Jason Brown. 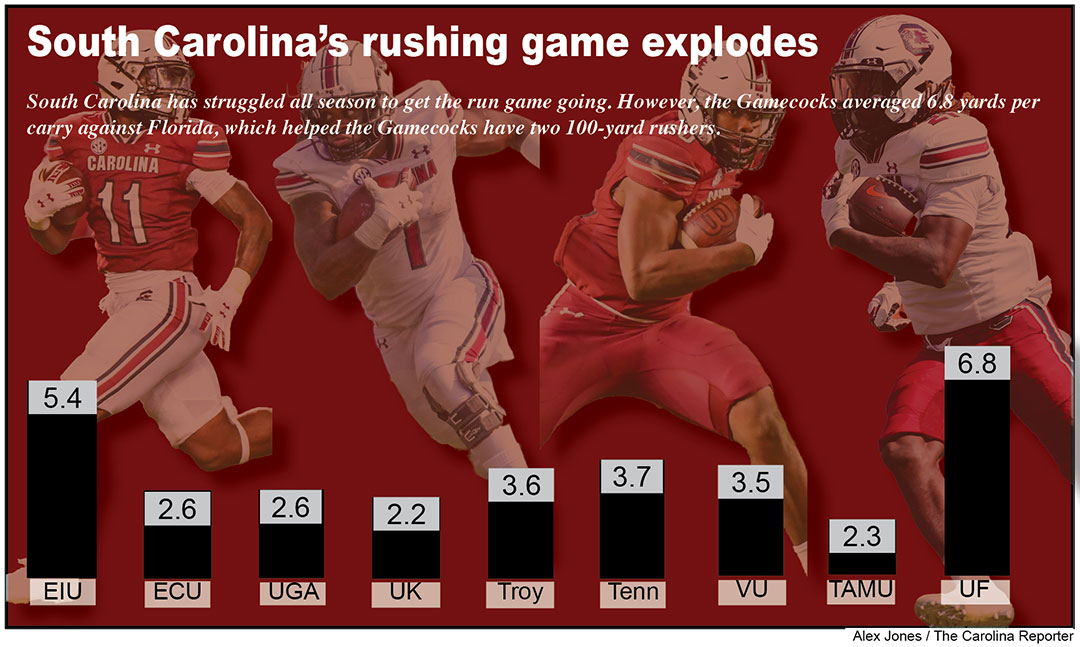