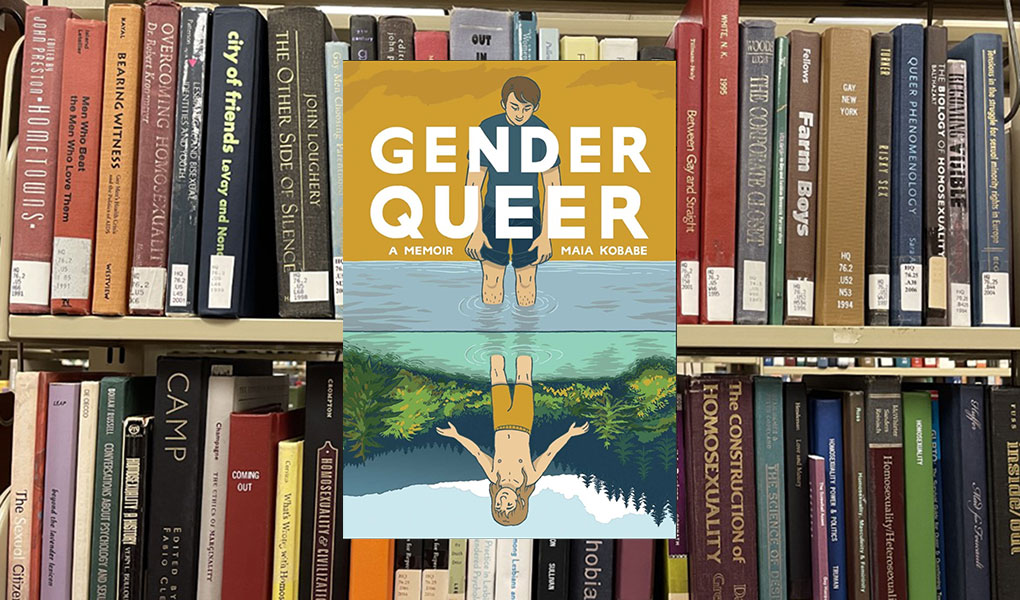 “Gender Queer: A Memoir” follows Maia Kobabe’s “journey of self-identity” and life as nonbinary and asexual, according to publisher Simon & Schuster. The book prompted Fort Mill School District parents to start a petition to get it removed from school libraries. Photo by Emma Dooling

In a letter penned Wednesday, Gov. Henry McMaster called for an S.C. Department of Education investigation into books with “obscene and pornographic depictions” in public schools.

The statement comes after McMaster was made aware of a recent parent petition to remove the book “Gender Queer: A Memoir” by Maia Kobabe from schools within the Fort Mill School District. The book chronicles Kobabe’s “journey of self-identity” and life being nonbinary and asexual, according to publisher Simon & Schuster.

“After learning of this issue from understandably outraged parents and reviewing the examples provided of such obscene and pornographic depictions, I was shocked and disappointed,” McMaster wrote in the letter.

It also calls on the state’s Department of Education to create a transparent, standardized process by which books are reviewed before they are introduced into public schools.

“For sexually explicit materials of this nature to have ever been introduced or allowed in South Carolina’s schools, it is obvious that there is or was either a lack of, or a breakdown in, any existing oversight processes or the absence of appropriate screening standards,” McMaster said.

The governor added at the end of the letter that he would be contacting the South Carolina Law Enforcement Division, or SLED, to launch its own investigation as well.

On Tuesday, the Department of Education announced in a press release the beginning of a public review of materials proposed for instructional use in South Carolina public schools. The review does not include books in school libraries.

State Superintendent of Education Molly Spearman encouraged the public to participate in the review, which will extend until Dec. 9, at the 15 designated review locations and online.

“South Carolina students, families, educators, and communities are invited and strongly encouraged to review and provide feedback on the materials proposed for use in classrooms across our state,” Spearman said in the release. “It is imperative that South Carolinians make their voices heard in this important process.”

The use of certain books in schools has long been a topic of debate across the country.

A school board in Spotsylvania, Virginia, recently ordered school libraries to remove books with “sexually explicit” material from their shelves in the midst of a review of approval standards in the school district. In late October, a Texas GOP lawmaker initiated an inquiry into over 800 books with themes on race and sexuality in schools.

The Department of Education will submit the materials and any comments received during the review to the State Board of Education for final approval on Dec. 14.

“This is a fitting time for each district to review their own purchased texts including those used in classrooms, libraries, and media centers to ensure they are age and content appropriate,” Spearman said in a letter to district superintendents announcing the review. “Schools and districts should not rely solely on publishers’ vetting.”