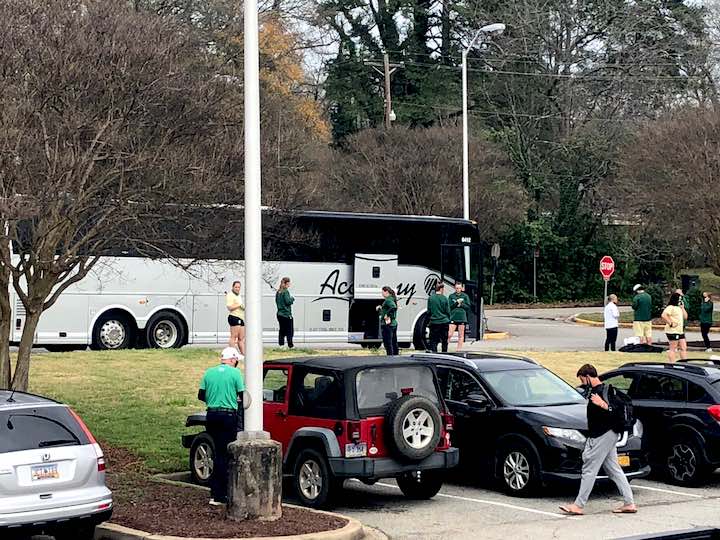 Charlotte loads the bus after the game is postponed. Photos by: Brandon Alter

About 20 minutes before No. 24 South Carolina was set to face off against Charlotte, the public address announcer said the game had been “postponed due to unforeseen circumstances.”

It was later revealed that someone in the Charlotte program had tested positive.

Someone close to the Charlotte program said that after the 49ers had all negative tests on Monday, there was a positive test on Wednesday.

According to a South Carolina release, “Wednesday’s softball game between South Carolina and Charlotte has been postponed due to COVID-19 protocols and contact tracing within the Charlotte program. Both teams will look to reschedule for a future date to be determined.”

The Gamecocks are scheduled to face No. 20 UCF for a weekend series starting with a double header on Saturday at 2 p.m. 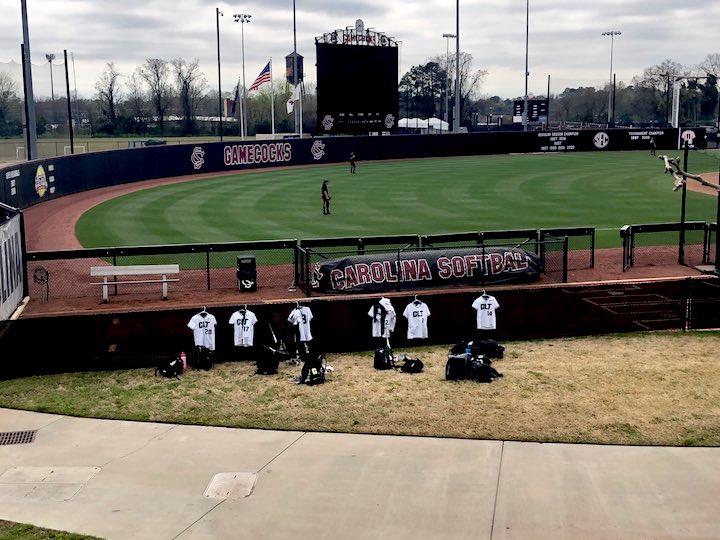 Charlotte players’ jerseys lined up on the fence. 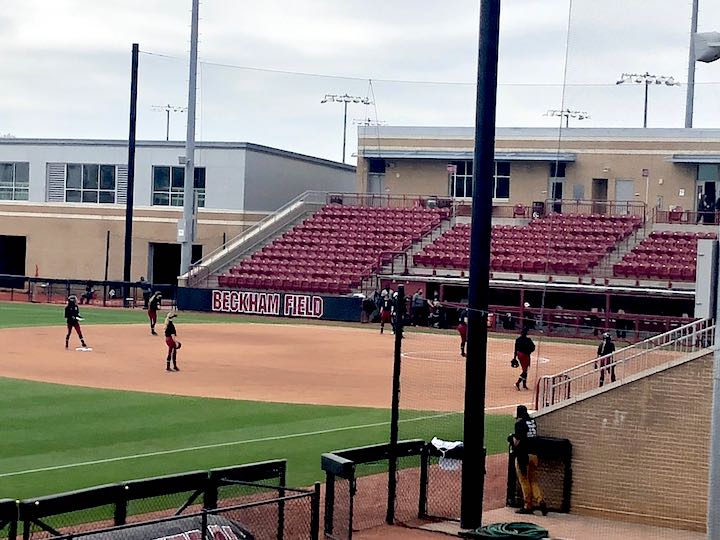 Gamecocks take the field to practice after the game is postponed.