Harriet Hancock LGBTQ+ Center attempts to bring the community together 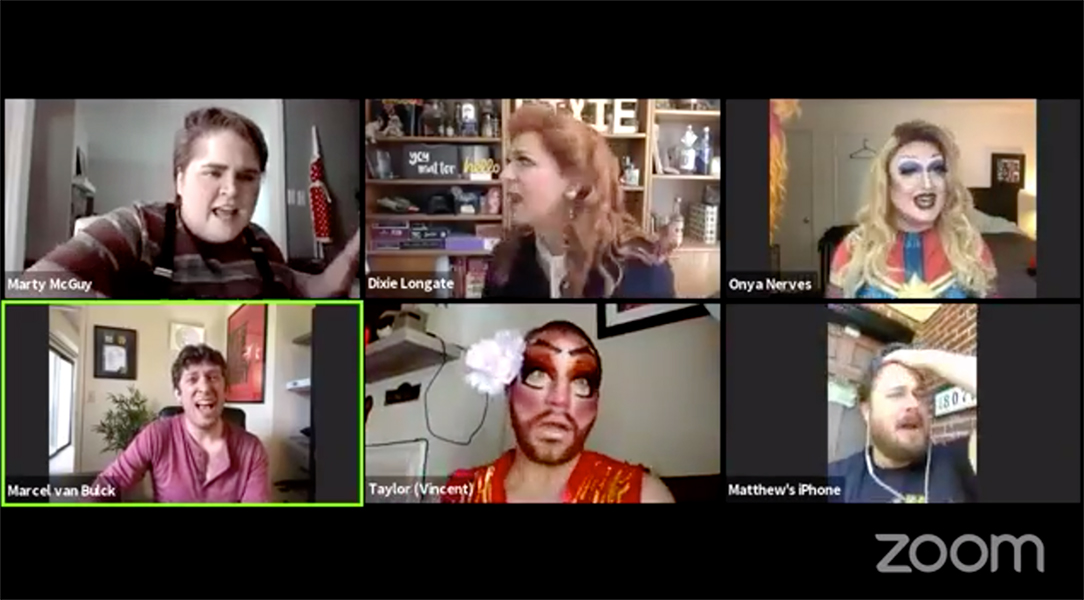 A screenshot of virtual D.R.A.G. story time features D.R.A.G.  king Marty McGuy, the host, and the guest kings and queens who join him on the virtual show.

Segments include storytime with drag kings and queens, homemade experiments with scientists, sing-alongs, conversations and celebrations during the zoom meetings.

Story time is hosted Sundays at 3 p.m. virtually through the Harriet Hancock Center Facebook page. Past shows are posted on the page.

Marty McGuy, a local drag king, specializes in child education and was inspired to create activity time to feature LGBTQ+ allies in the community.D.R.A.G. stands for dancing, reading, arts and games.

The anti-oppression network defines allyship as an emphasis on social justice, inclusion and human rights by members of an in-group, to advance the interests of an oppressed or marginalized group.

“Focus on when they’re young, they’re the most impressionable, children. There’s this myth that children won’t understand anything. It’s going to be so confusing and, you know, not really, it’s just how that person is and it’s adults that put that fear on and that confusion on them,” McGuy said.

Audience members join from across the nation and guest performers have made appearances internationally from places like the United Kingdom, New Zealand and Spain.  The segments feature anyone who wants to share a skill and show support and each little square that shares the call shows someone with a smile from ear to ear.

The main goal of D.R.A.G. activity time is to give children and members of the community an opportunity to start building relationships and develop a sense of understanding, according to Kimmah Dozier-Burt, president of the board of trustees of the Harriet Hancock Center. He is grateful for the opportunity to engage kids in the community and start teaching them through a different lens.

Drag is a form of self-expression and entertainment that creates a safe space to spread positivity, confidence and acceptance. Advocates say drag shows serve as a bridge between members of the LGBTQ+ community and those outside of it to show support.

The Harriet Hancock LGBTQ+ Center serves as a home to those in the Columbia community. The doors have been shut for months due to the pandemic. 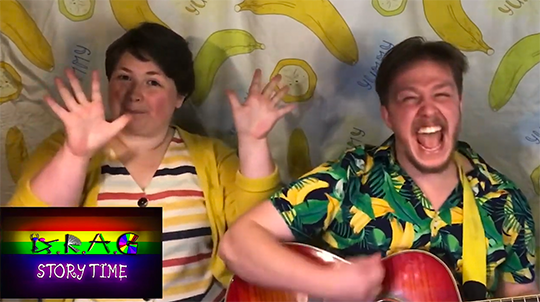 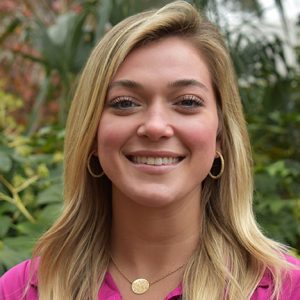 Sloane O’Cone is a journalist interested in entertainment, passionate about music, concerned for the environment and eager to make the world a better place. “The Sound of Sunshine” was the name of her hour-long radio show at her internship at Seacrest Studios in Levine Children’s Hospital. Broadcast to over 200 patients and families, it’s about climate change and making the world a better place. She also interned at The City Drive Production Group working on its live concert documentary series, and an Emmy-winning short documentary film to bring light to the importance of hazing in Greek Life on college campuses. O'Cone aspires to travel to developing countries and create documentary series that educates people on the effects of climate change around the world.