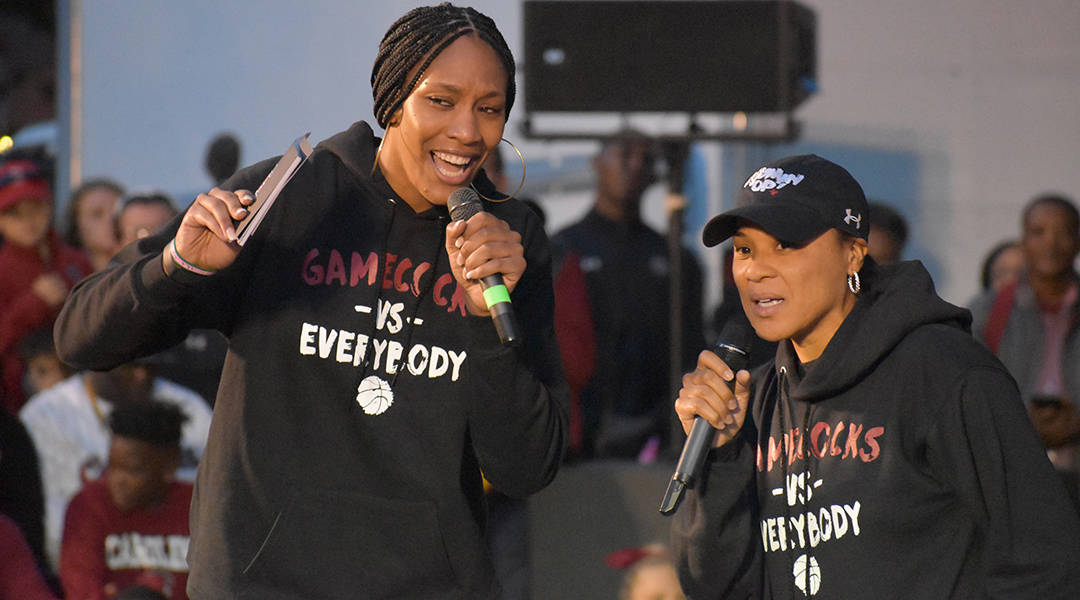 Basketball season is right around the corner in Columbia and both the men and women’s Gamecock basketball teams took a fresh approach when it came to their annual Gamecock Tipoff event last Friday.

On the corner of Hampton and Main in front of the Columbia Art Museum, head coaches Frank Martin and Dawn Staley greeted a crowd of fans as they filled the stands to see some of their favorite players closer than ever before.

“We wanted to bring this event to Downtown Columbia to the people in the city,” Edmunds, a South Carolina graduate, said. “We thought it was going to be a nice marriage of both the university and downtown. This town has been so awesome to us, we thought we’d show some love and bring it down here – change it up a little bit, you know, try something new.”

In addition to having team introductions and events on a makeshift court, the teams signed autographs for fans as the event concluded.

Former Gamecock and current Las Vegas Aces star A’ja Wilson made an appearance to the delight of fans.

Wilson, a Hopkins, S.C. native, also returned to Columbia to receive an Outstanding Young Alumni Award from the University of South Carolina’s School of Journalism and Mass Communications.

“Having A’ja back, that was the cherry on top of this whole thing,” Edmunds said. “We feel honored, basically. I know she played here, but to take time out of her time off, it’s fantastic to have her here. I know she’s going to be excited to be back, but it’s always a treat to have her back here.”

Gamecocks women’s basketball coach Dawn Staley was also ecstatic to have her former power forward out front and center for the event.

“A’ja? A’ja’s always around,” Staley said. “We feel like she’s always here, like we can’t get rid of her. It’s great to have her back. Someone that’s contributed so much to our program and this community, she’s going to be received well and show us a good time.”

With the women’s team picked to win the Southeastern Conference in preseason projections and the men’s team bringing in some new faces, including Columbia native and Hammond School graduate Seventh Woods from North Carolina, Edmunds is eager to see this year get underway.

“There’s a buzz in the city right now about Gamecock Basketball, whether that’s men’s or women’s,” Edmunds said. “I think we’re just most excited to get started. I think it’s going to be a fun season. I think both teams are going to play really well this season … It’s going to be all around an exciting time in the CLA this year.”

Staley’s Lady Gamecocks will take to the court on Nov. 5 against Alabama State and Frank Martin’s men’s squad will open their season at home on Nov. 6 at against North Alabama. Both games are set to tip-off at 7 p.m. 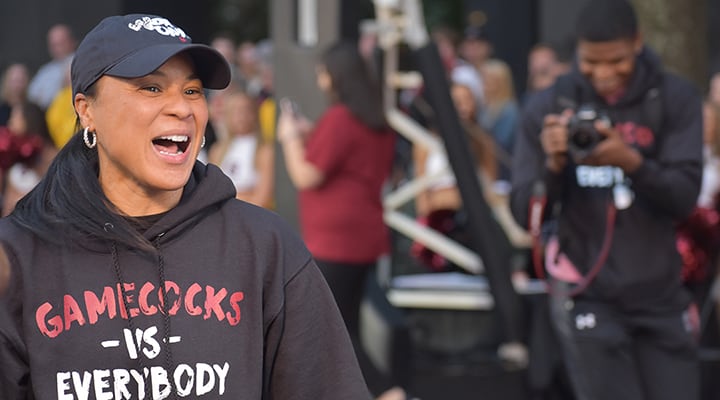 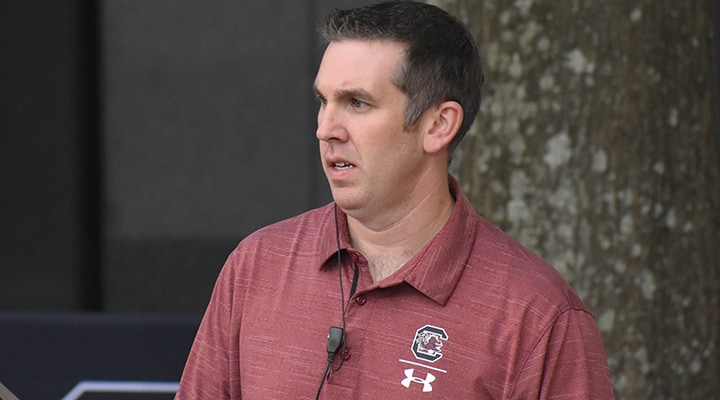 University of South Carolina’s Assistant AD of Marketing & Fan Experience, Blake Edmunds, is one of the key facilitators of Gamecock Tipoff. 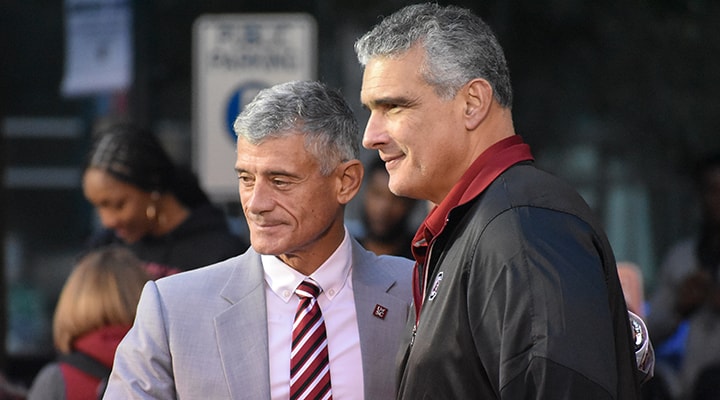 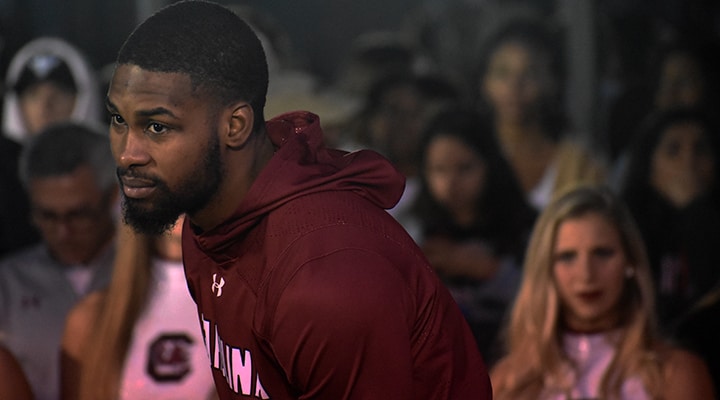 Shooting guard Seventh Woods, a Columbia native and Hammond School graduate, is in his first season with the Gamecocks after transferring from North Carolina.