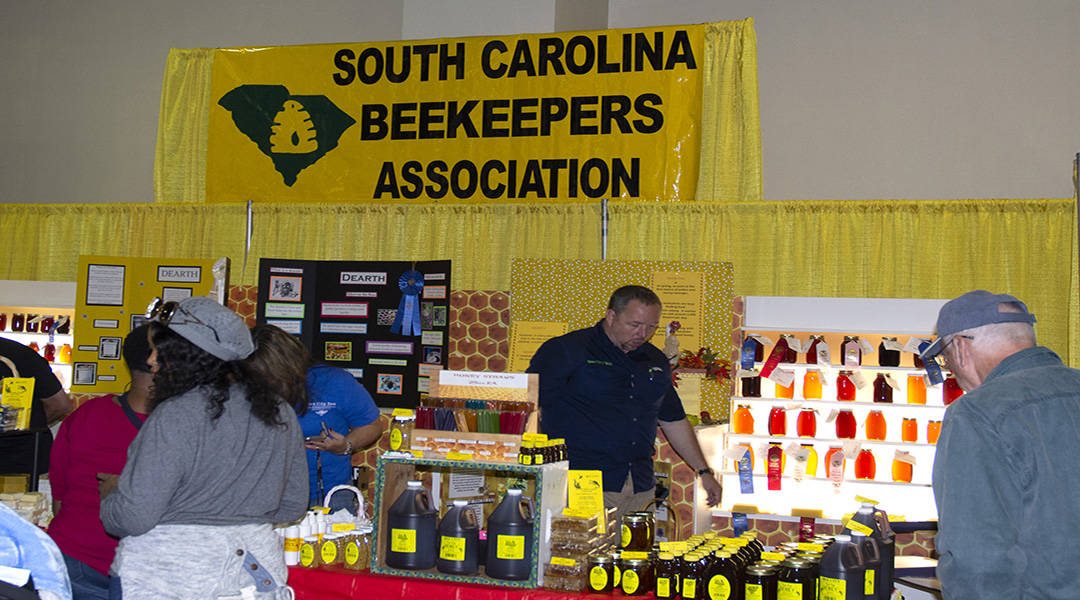 Beekeepers from across the state came to the South Carolina State Fair to educate the public on the importance of bees and to encourage people to become beekeepers.

“We can’t feed the world’s population without honeybees,” Biering, who operates a bee farm and interactive zoo on his Colleton County property, said Friday. “With the amount of pollination and food they produce we would lose everything.”

Bee City Zoo was started by Scott’s father nearly three decades ago before Scott bought it from him in 2011.

“Dad built a small city out of actual beehives. It wasn’t intended for public viewing but his idea eventually grew into an educational facility, of sorts, about the habits of bees, in the early 90’s,” Biering in an earlier interview with The Colletonian.

One-third of food consumed by humans would not be available without honeybees. Bees pollinate about one-sixth of the world, and some 400 of its agricultural plants. Bees play a crucial role in the production of hundreds of vegetables like beans, tomatoes, onions and carrots.

Biering and members of the S.C. Beekeepers Association use their assocation to inform people about honeybees and their importance to agriculture in South Carolina.

“Eighty percent of all crop pollination is done by the honeybee and for every third bite of food you put into your mouth is directly related to the honeybee,” Biering said Friday. Biering was among members of the South Carolina Beekeepers Association who manned an educational exhibition during the 2019 South Carolina State Fair to help people learn about the role of bees.

The other 20 percent of pollination is done by wasps, flies, butterflies, beetles, birds and bats. So, if honeybees became extinct it would be the job of these insects and animals to assume a huge percentage of pollination to the world’s crops.

Gary Void and and Sheba Ellis saw that the SCBA exhibit was selling honey and stopped by to try a few samples.

“We really just like honey man, like really do,” Void said. “The booth reminded me of the movie ‘The Secret Life of Bees’ and intrigued me to stop by,” said Ellis.

The exhbit also features soap made from bee wax and jars of honey straight from the bees’ hive.

When beekeepers transport honeybees to farms around the country it’s not as hard as you would imagine to keep the bees from simply flying away.

“We move all the bees at night. This is kind of like a funny thing but, I always say that they have a BPS (Bee Positioning System) sort of like we use a GPS for direction. Without the sun the bees won’t leave their hive and as soon as the sun starts to go down the bees will head back inside,” Biering said.

To keep the bees from leaving the farms, Biering said they put a cover over the crops while the bees go through the pollination process. He also said bees will travel back to their hives as long as they are within a three-mile radius.

To keep the honeybee population from becoming endangered or extinct, Biering said the S.C. Beekeepers Association travels to the State Fair and other events around South Carolina to inform people about the importance of bees and to explain that bees aren’t as dangerous as people perceive them to be.

To learn more about the SCBA or beekeeping you can visit their website at scstatebeekeepers.com. 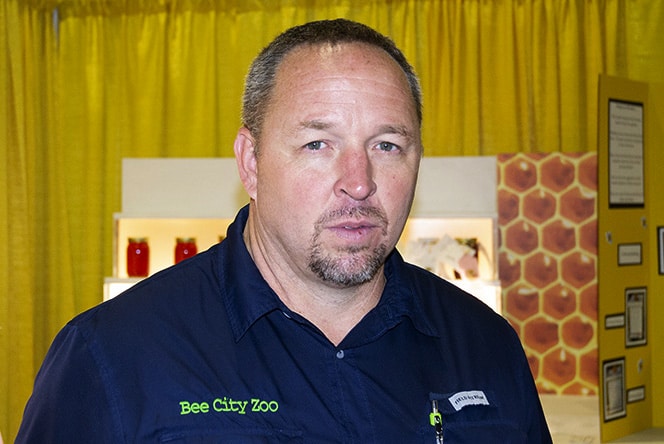 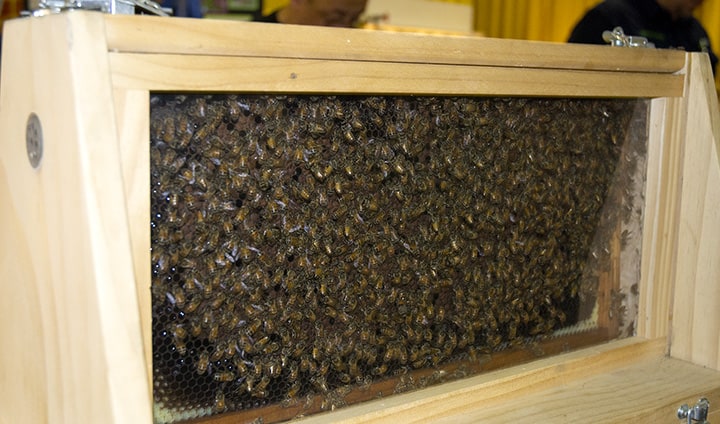 Honeybees were on display at the South Carolina Beekeepers Association exhibit at the State Fair. 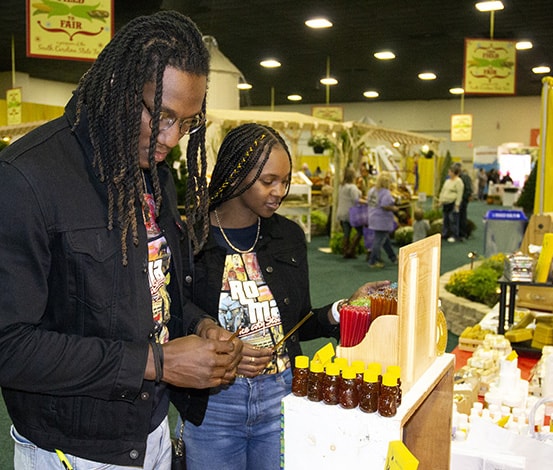 Gary Void and Sheba Ellis taste samples of honey for sale at the SCBA exhibit. 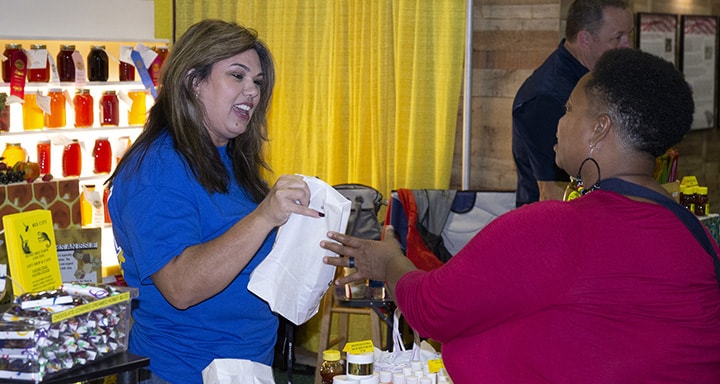 Bridgett Biering sells some honeybee wax soap at the South Carolina State Fair, just one of many products made from honey.