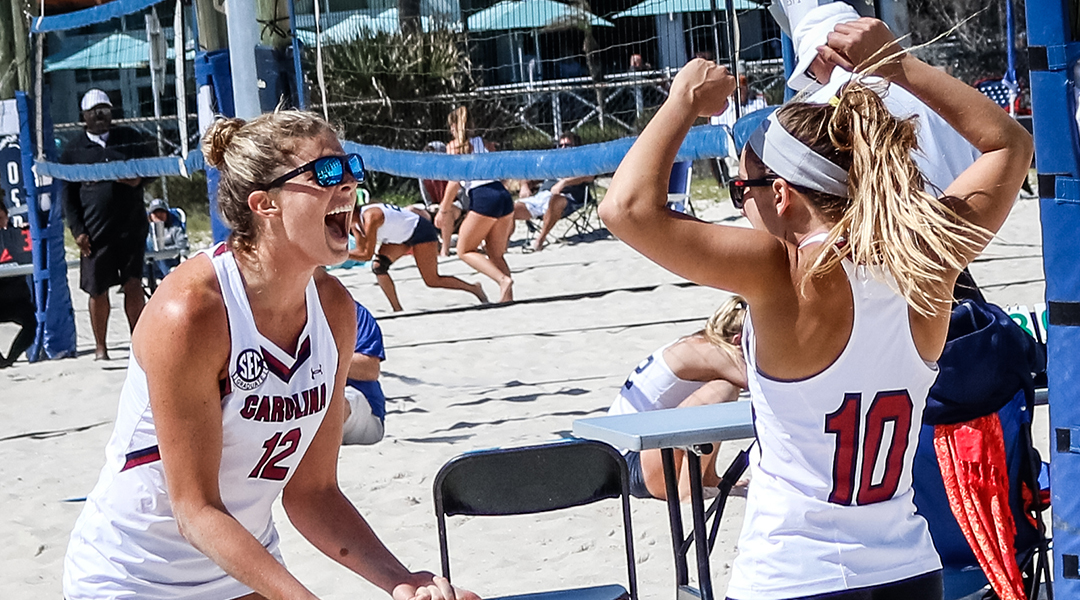 Now on a 10 game win streak, USC graduate student Leah Paerri and senior Macie Tendrich have helped lift the Gamecocks to a 12-2 record this season. 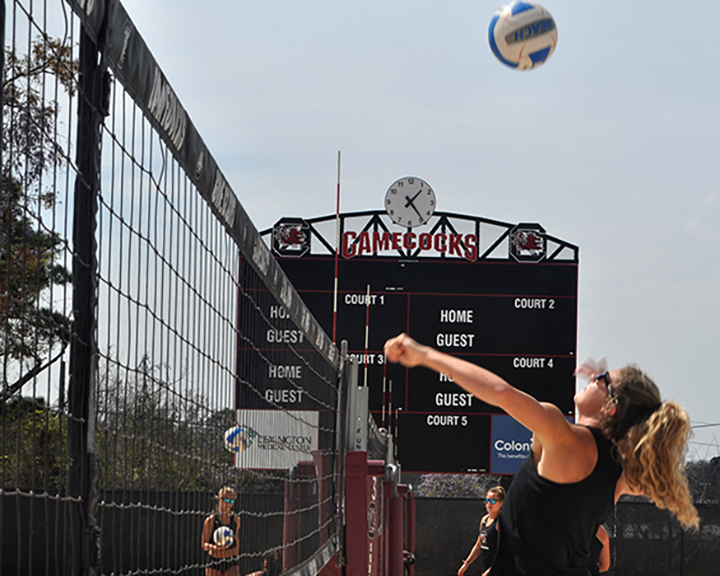 Leah Perri prepares to take on No. 3 Hawaii over the weekend as the Gamecocks are set to host the Gamecock Challenge. 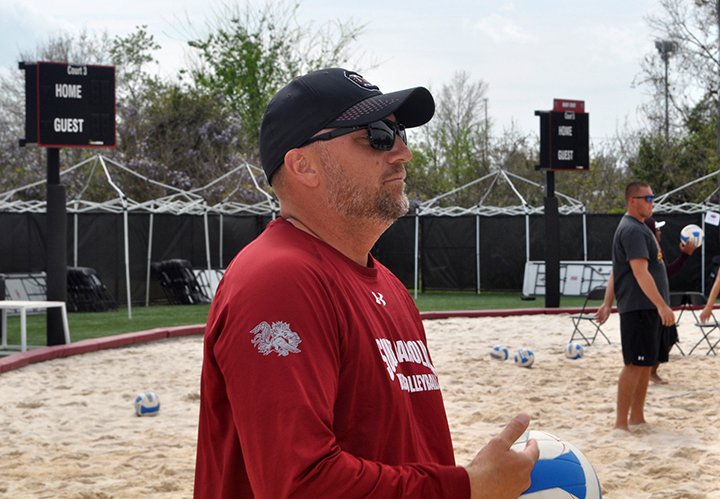 USC Head Coach Mo Moritz looks for his team to keep its momentum coming off a 4-1 win over No. 7 LSU last weekend. 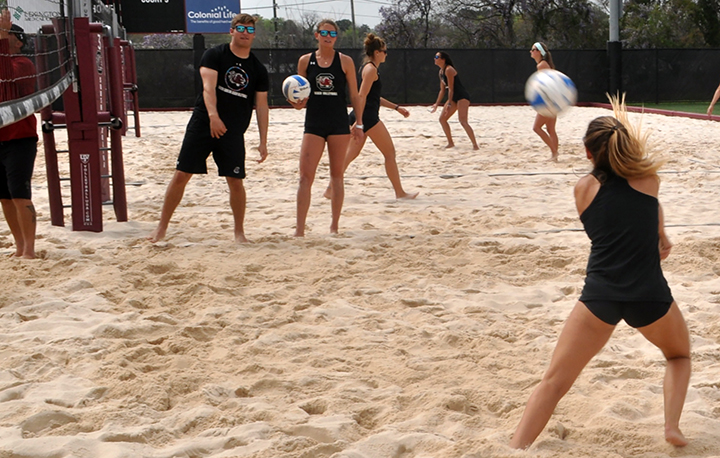 Macie Tendrich runs through drills with Assistant Coach Luke Higgs to focus on her dig. 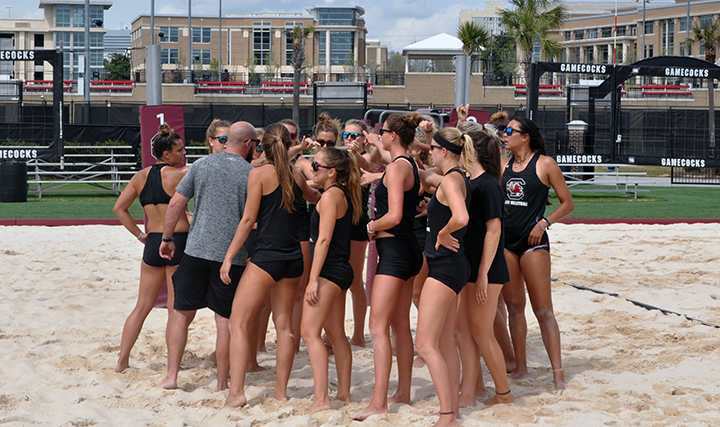 The Gamecocks are now ranked at No. 8 headed into the weekend to face off against No. 3 Hawaii.

The Gamecock beach volleyball team is on the rise, having lost just one of their last 12 games.  After taking down No. 7–ranked LSU this past weekend at the Gamecock Grand Slam, the team now turns its attention to the Gamecock Challenge to face off against No. 3 Hawaii.

“We don’t think of the win streak at all. We just are trying to get that point for the team,” senior Macie Tendrich said.

In the American Volleyball Coaches Association rankings, the Gamecocks rose one spot to No. 8 while LSU fell to No. 10.

Head coach Mo Moritz said one of the things that keeps this team on the upswing is its ability to feed off the energy of each pair that plays.  One pair in particular that is standing out, is Tendrich and graduate student Leah Perri.

“We’ve really been focusing on our partnership and things between us. These tournaments just give us a better chance to figure things out and develop better chemistry,” Tendrich said.

The Perri and Tendrich duo are now on a 10-game win streak coming out of the weekend and  rest at 11-3 on the season.

“Our communication wasn’t there at first, but now after playing together for a few weeks we’ve figured out each other’s tendencies. I know where Macie is going to be on the court now,” Perri said.

After competing together for just under a month, the duo is excited to see what they can do the rest of the season now that they are just getting a grasp of their chemistry.

“When I played indoor [volleyball] at Clemson, I was never part of a postseason, so chasing that and being on a team that has been there, you get to see what that means and how exciting it is,” Perri said. “We all really feed off of each other and that to me is what makes all this fun.”

Though the Gamecocks have never gone toe–to–toe with Hawaii, players and coaches alike are ready for the challenge.

“We’ve never played them, but we’ve seen them play and we’re going to find time to watch some film and go into this weekend with the same ‘nothing to lose’ attitude that this team always plays with,” Tendrich said.

The Gamecocks aim to make it back to the NCAA Championships and compete for a title, but plan to take it one step at a time, says Moritz.

“Each match and each opponent, we need to figure out a new identity and how to adjust and adapt as we go as to not undervalue any of the opponents coming up,” Moritz said.

The Gamecocks only have three tournaments left in the season to prove they’re worthy of a title run. Moritz believes his team can make it back to the championship tournament if they continue building off wins and having other pairs step up as Perri and Tendrich have this season.

“Beating LSU for the first time in program history was a huge accomplishment, but we’re focused on the next match and turning our focus forward,” Moritz said.