Gamecocks grateful for garnet during #Give4Garnet 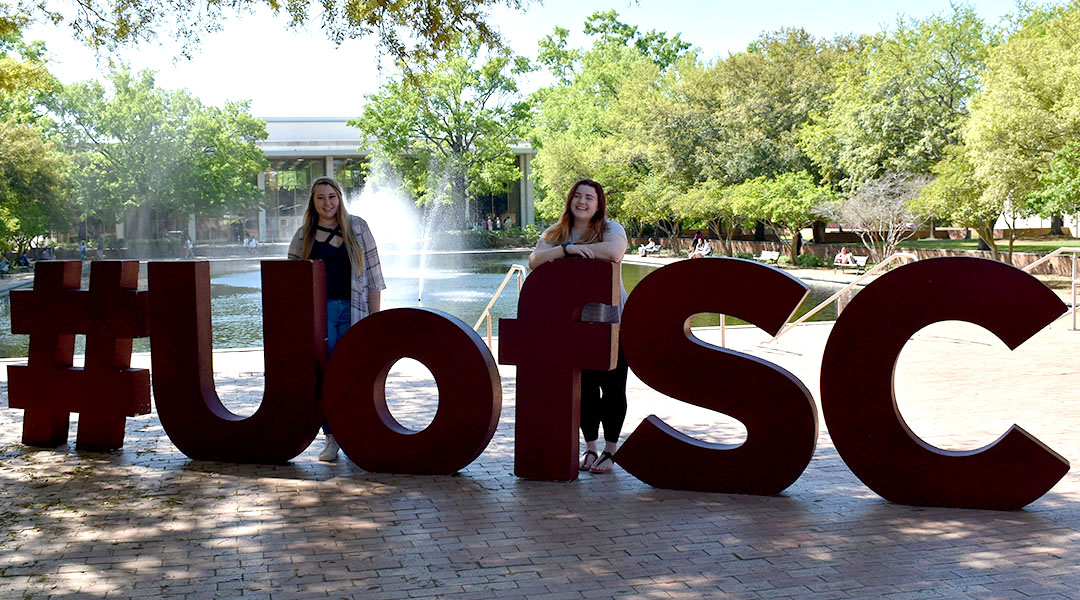 For Berenisa Santiago, The University of South Carolina’s Give 4 Garnet fundraising campaign is more than a day of photo booths, free Harris Pastides socks and confetti. It’s about being the first in her family to attend college.

Students like Santiago know first-hand the importance of these fundraising campaigns. Santiago is a public health sophomore who is in the Opportunity Scholars Program. As a first generation college student, she’s grateful for the impact days like Give 4 Garnet have on her life and education.

“It means a lot because I wouldn’t have any other way to pay, so that program helps me and a lot of people I know,” Santiago said.

Give 4 Garnet is a one-day giving campaign where Gamecocks come together to fundraise and donate to USC. Its 2019 goal is to reach 6,500 donors in 18 hours and 1 min, standing for the year the university was founded-1801.

Others in the Gamecock community are also grateful for Give 4 Garnet, seeing the impact go beyond the university and beyond themselves.

Shana Watson, a staff member at the School of Library and Information Sciences, did her undergraduate work at USC. Watson was asking for donations and volunteers for Cocky’s Reading Express. Those involved with the program go to schools and read to students, giving out free books.

“We go to Title 1 schools, and Title 1 schools typically students get free breakfast and free lunch and so being able to provide literacy and books and resources to them is really something I hold dear to my heart, especially as a teacher,” Watson said.

Kailah Green, a sophomore public health major who transferred from Winthrop University, found a community and opportunities at USC. For her, making a donation means helping someone else find that community and those opportunities.

“I would rather give back in a way where they don’t have to worry about the financial stuff, just worry about getting an education,” Green said.

Ashley Rojas, a freshman economics major, stumbled upon the event on Greene Street and decided to donate.

Throughout the day, there are challenges that schools compete for, having the ability for funds to be matched if completed.

Lattimore, former star running back for USC, said that Wednesday was more about coming together as a community than anything else.

“At the end of the day it doesn’t matter if you give money, if you give your time, if you’re on social media. Whatever the case may be… we can see that it’s something that’s bigger than ourselves, and that’s this university,” Lattimore said.

One of the programs that was on Greene Street was the Department of Oral History, a special section of the library. It is trying to reach 150 new donors so that the organization can have money to hire and teach students about oral history. It has many ongoing collections including a veteran’s collection and a grandparents collection.

The department has grown in the last few years and is working to put interviews online so they are free and accessible to students and the public. The funds the department receives today will go back towards making these things happen. Andrea L’Hommedieu, director of the department of Oral History, sees the importance of starting to gather these voices sooner rather than later.

“They can make a direct impact on the university’s history, on South Carolina’s history, by giving today because we can preserve the voices and give first person perspectives about history…we need to do it today, not tomorrow,” said L’Hommedieu.

Give 4 Garnet’s imagery this year is focused on confetti.

Diane Parham, the communications manager for the division of development, explains how this goes with the push for donations, no matter how small.

Parham is spending Give 4 Garnet day in a brand new social media lab in the School of Journalism and Mass Communication. The lab, lined with screens, shows the social media activity through the day. Parham and associates can track the number of tweets, the trending hashtags and the impact this day is having – all in real time.

“This didn’t exist a year ago. This project was funded through Give For Garnet last year,” said Parham, mentioning that they surpassed the fundraising goal by over $100,000 in gifts. 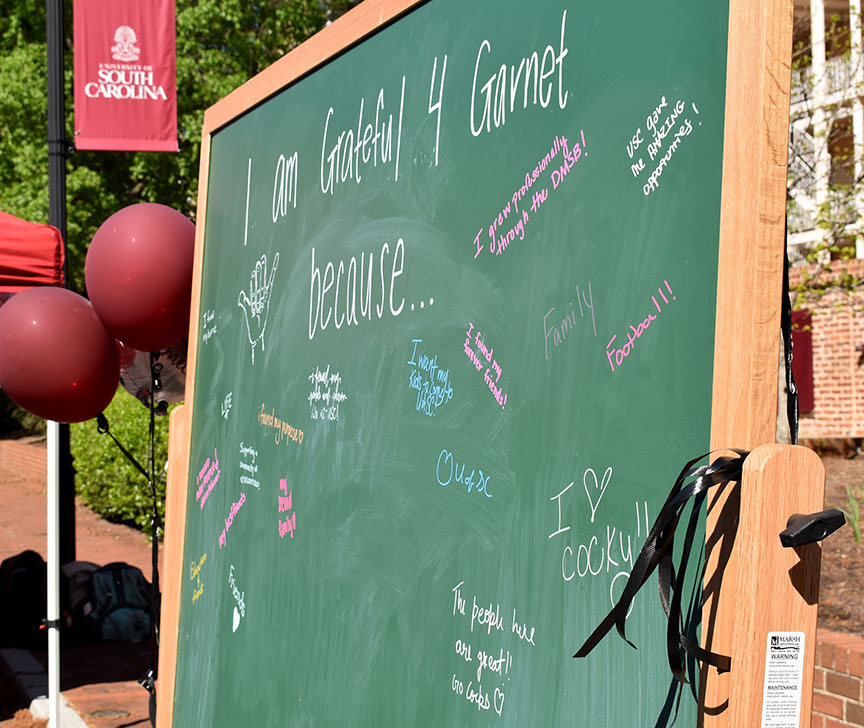 In front of the University of South Carolina student union, there was a chalkboard reading “I am Grateful 4 Garnet because…” encouraging students to write down why they are grateful to be a Gamecock. 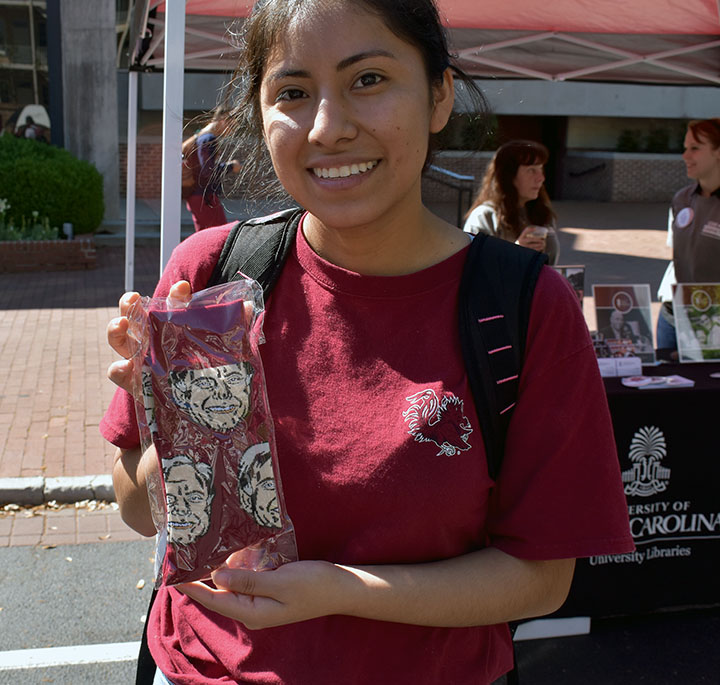 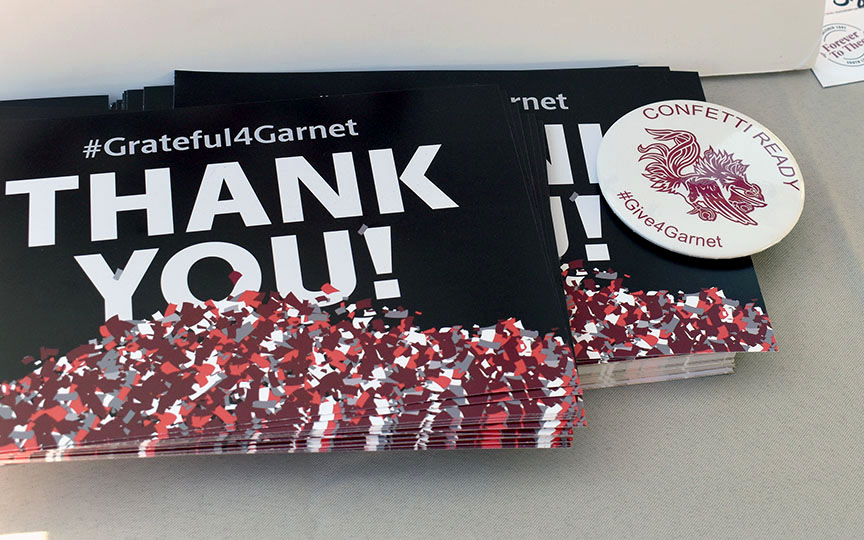 This year’s Give 4 Garnet campaign uses confetti as it’s main imagery to show that lots of little donations make a big impact. 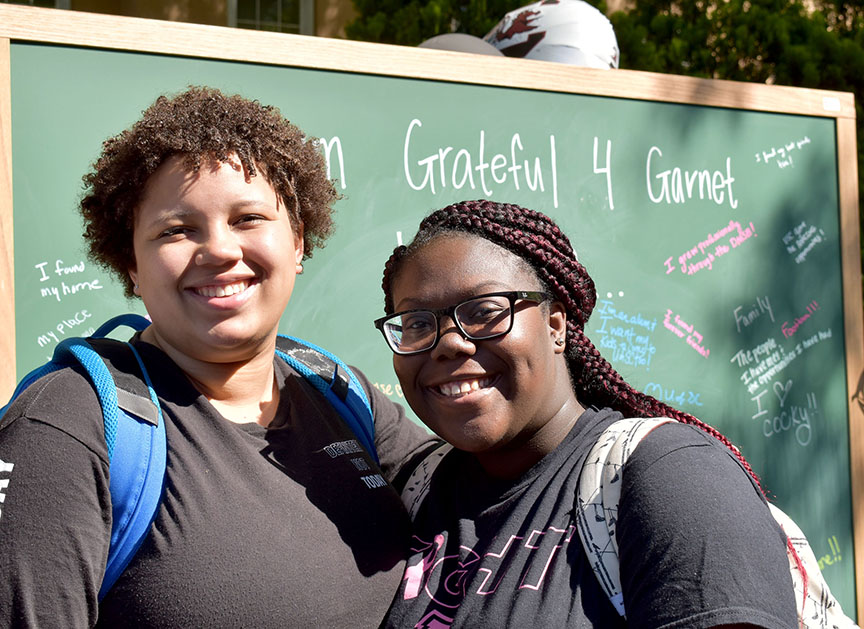 USC students Paige Smalls and Kailah Green plan to donate to the campaign and wrote on the Grateful 4 Garnet chalkboard. 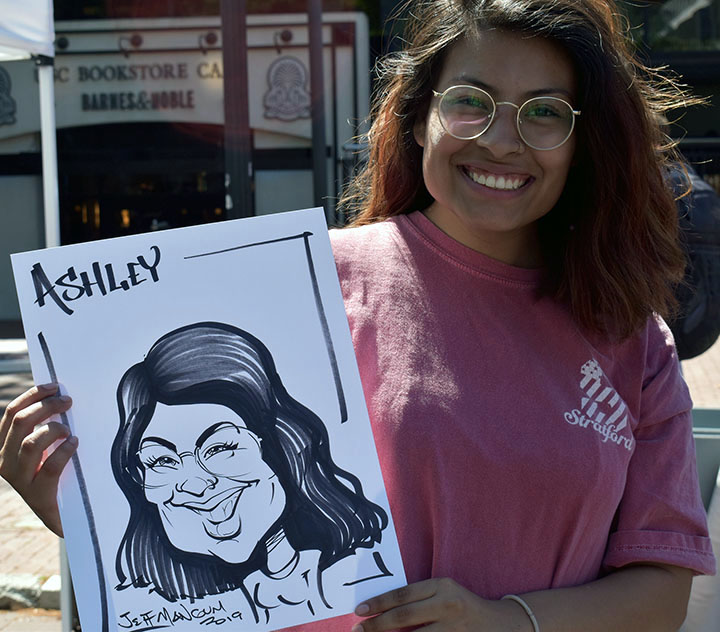 Ashley Rojas, a freshman economics major, was able to get a drawing of herself done on Greene Street during Give 4 Garnet. 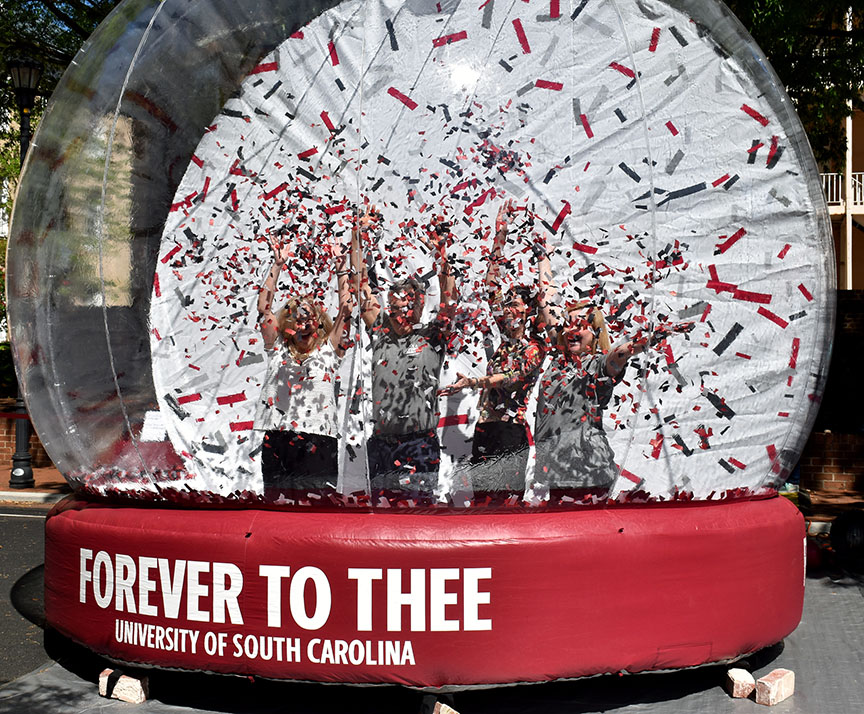 Volunteers for Give 4 Garnet throw confetti inside a large inflatable globe for a photo on Greene Street during the second annual Give 4 Garnet event. 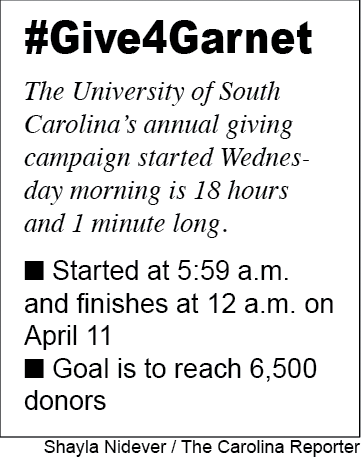