Seven Midlands police officers have been accused of accepting bribes from two individuals in exchange for firearms, visa fraud and narcotic-trafficking assistance.

In a news conference in front of the U.S. District Court House in Columbia, U.S. Attorney Sherri Lydon announced that nine individuals, including seven police officers, were indicted in allegations.They were accused of accepting bribes to not only further visa fraud, but also the trafficking of narcotics and using firearms in the furtherance.

Lydon said one of the alleged schemes in the indictment involved using non-immigrant visas (U visas). U visas were introduced in October 2000 when congress passed the Victims of Tracing and Violence Protection Act.

U visas are set aside for victims of certain crimes who have suffered mental or physical abuse as a result from a crime. In order to get a U visa, a law enforcement official must certify that the individual is assisting that law enforcement agency in an investigation or prosecution of a crime.

Several officers falsely certified others while creating fraudulent incident reports indicating that these people were victims of crimes.

“When law enforcement officials falsely certify a persons U visa protection, they commit visa fraud. They also take away an opportunity for legitimate victims of crime since only 10,000 U visas can be awarded each year,” said Homeland Security Investigations Special Agent John Issac.

Officers were also indicted for using their position as law enforcement officers, and in exchange for bribes, protected tractor trailers containing what they believed to be narcotics trafficking as well as using firearms in the furtherance of the drug trafficking and intent to distribute.

The investigation has been going on since 2017, when State Law Enforcement Division brought it to the FBI with assistance from ICE and Homeland Security after SLED deemed it crossed state boundaries to investigate. SLED Chief Mark Hill said this was part of an issue that directly affected the relationship between law enforcement and the community.

“Corruption, as has been said, is a serious matter. It is one that jeopardizes the very confidence and trust the citizens of our state have in this profession,” Hill said. “SLED and our law enforcement officers will continue to utilize every tool we have available to investigate corruption like this.”

According to FBI Special Agent Jodie Norris, this is one of the FBI’s goals in tackling the “tradition” of public corruption.

“Public corruption remains the FBI’s top criminal priority and the FBI is at a unique position to route out wherever its found,” Norris said.

Norris also wanted it to be known that the FBI public corruption task force and South Carolina’s SLED is diligently working together.

“To those who are violating the public’s trust or may contemplate such… know this we will find you, we will arrest you and you will go to prison. It’s just not worth it.”

Lydon, the U.S. attorney, also emphasized that they are putting the hammer down on public corruption.

“We will not tolerate the hypocrisy of those who pretend to enforce the law while violating it themselves, all to line their pockets. We call that public corruption and we will always call that out,” Lydon said.

The case is being prosecuted by assistant U.S. Attorneys Alyssa Leigh Richardson and William Camden of the Columbia office. If convicted, the police officers involved in the drug trafficking could face a maximum penalty of life in prison while the officers and two individuals involved in the visa fraud could face up to ten years. 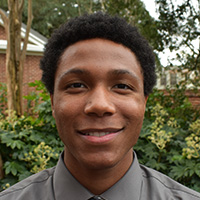 Jeremy Rivera is a Senior Broadcast Journalist at USC from Syracuse, New York who has always been fascinated with culture and society ever since he could remember. He is eager to further harness his natural skills of writing and storytelling to inform the world. Besides just broadcast he has been involved with filmmaking in documentary, experimental, and audio production. This has lent him an eye for both cinematic and visually stunning formal shots. He is interested in issues regarding animal rights, environment, health, food and social. Rivera’s main drive is to be able to give a voice to the community.