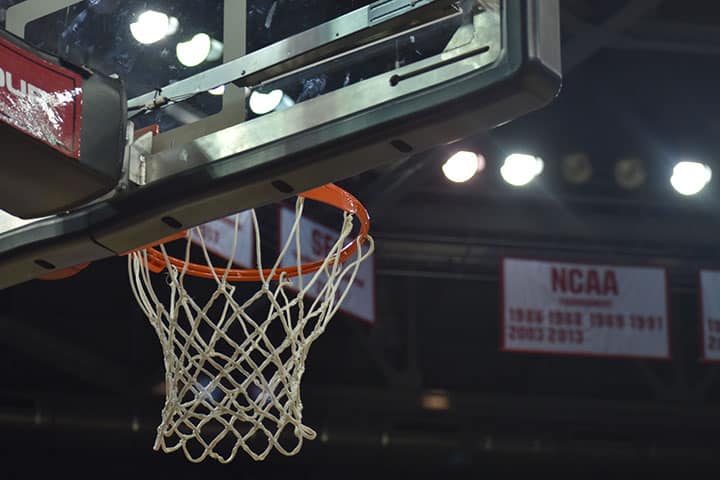 The Gamecocks have had a smooth start to the 2019-2020 campaign, dominating their opponents in the first three games. Credit: Corinne McGrath

The undefeated South Carolina Gamecocks will look to continue their hot start to the season as they host the 2-2 Boston University Terriers in the opening round of the Cancun Challenge Tuesday night.

In his 8th season at South Carolina, head coach Frank Martin has his team performing at a high level through their first three games, outscoring their opponents by an average of 27.7 points-per-game while holding them to 29.1 percent shooting from the floor. Through their first threematchups this season, the Gamecocks have trailed for a total of 2:05 (two minutes and five seconds).

Martin’s teams have a reputation of being tough on the defensive side of the ball and this year’s team has continued that trend.

The Gamecocks are forcing 20.7 turnovers per game and have a plus-seven average turnover margin to start the year. In their second game, South Carolina held Wyoming, a team they lost to last year, to just 32 points. It was the fewest points the Gamecocks had given up since 2005.

South Carolina’s depth is something to watch for as the season moves forward. Ten players are averaging over 10 minutes a game. This depth gives Martin a variety of different players with unique skill sets that can create havoc on both sides of the ball.

Under head coach Joe Jones, The Boston University Terriers are looking to improve off of their recent 84-70 win over New Hampshire.

BU is led by sophomore guard/forward Walter Whyte, who is averaging 18.5 points per game through the team’s first four games.  Whyte also leads the Terriers in steals with seven.

If there is an area the Gamecocks will need to improve, it’s their free throw shooting. South Carolina is shooting just 58.2 percent from the charity stripe. This is the only statistical category the Gamecocks are being bested in so far.

South Carolina is 2-0 all-time against the Terriers, a team they haven’t seen since the 1980-81 season.

This game is the first for both teams in the Cancun Challenge. Friday, the Gamecocks take on Gardner-Webb and then the team travels to Cancun, Mexico, for the final two games.

Tip-off for is set of 7 p.m. at Colonial Life Arena tomorrow night. The game can be seen on SEC Network+ through the ESPN app. 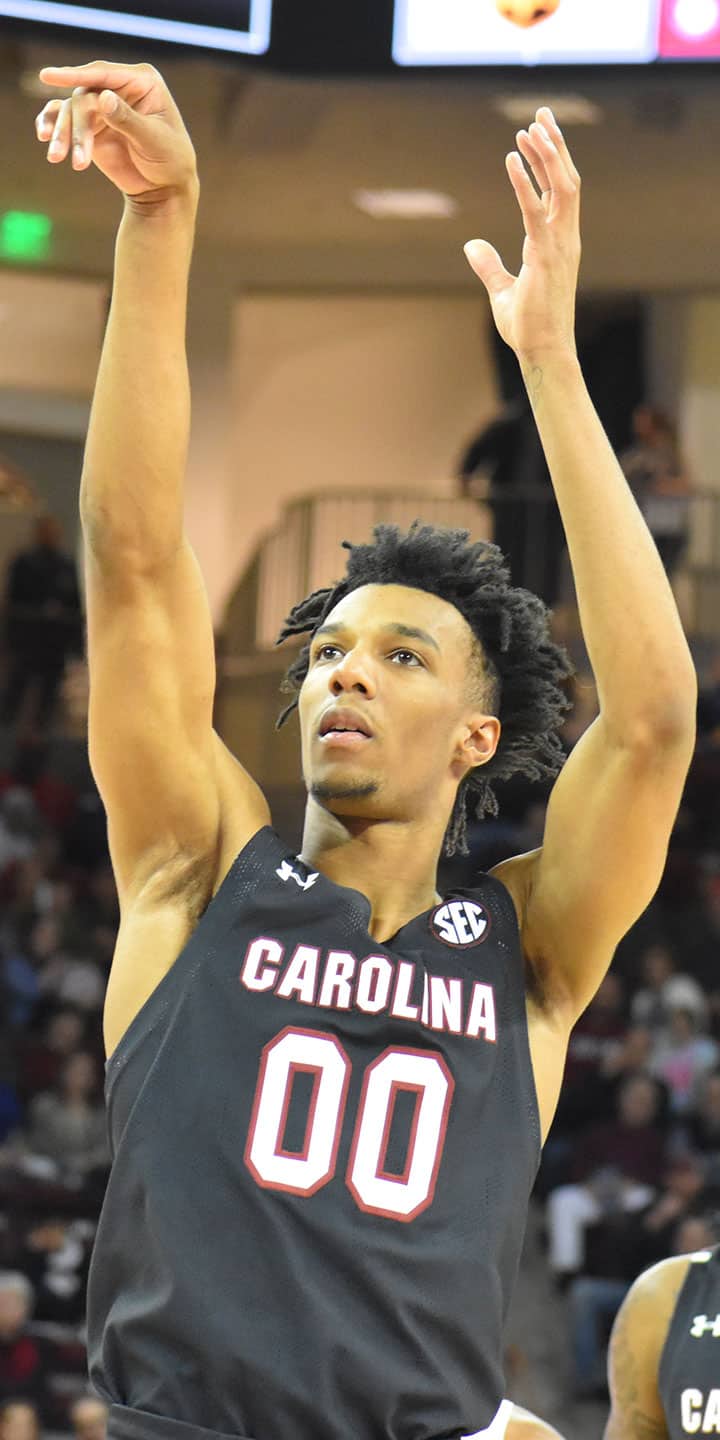 After declaring for and withdrawing from the NBA the draft, sophomore guard AJ Lawson earned preseason All-SEC honors and has led the way in scoring for the Gamecocks through their first three games. Credit: Corinne McGrath 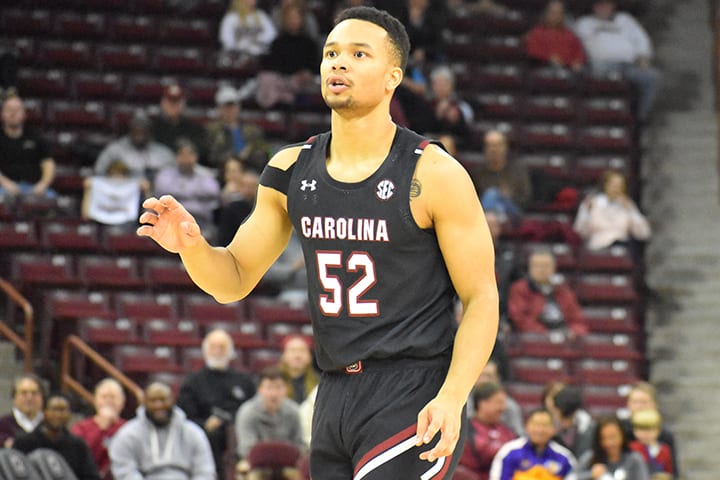 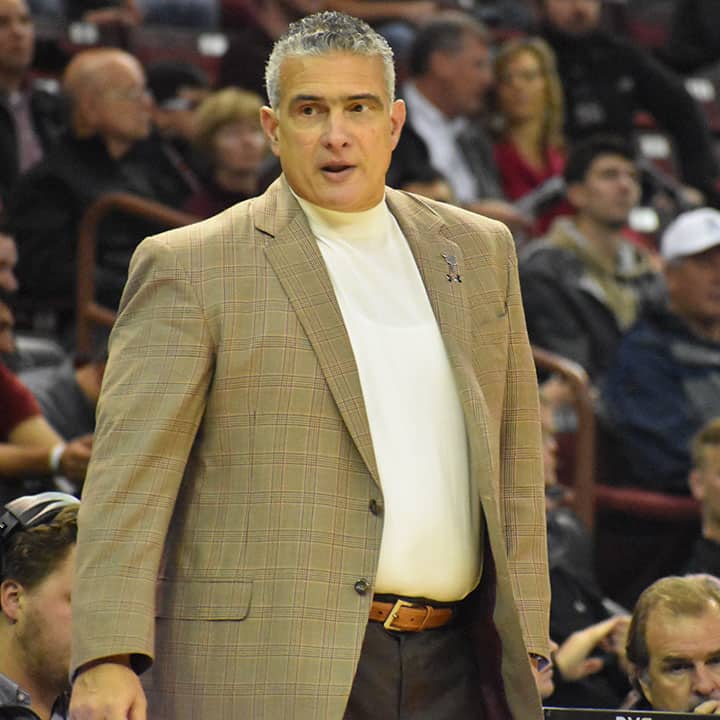 Frank Martin has put an emphasis on non-conference games this season after struggling with that portion of the schedule last year. Credit: Corinne McGrath 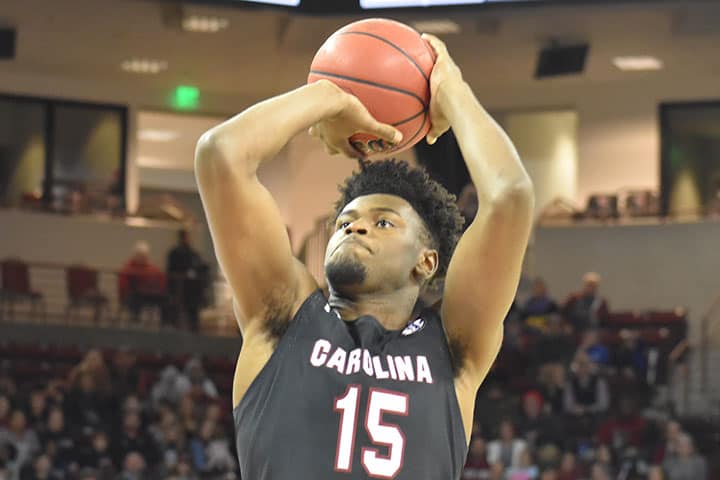 Wildens Leveque is one of six freshman that have earned significant minutes to start the season. Credit: Corinne McGrath