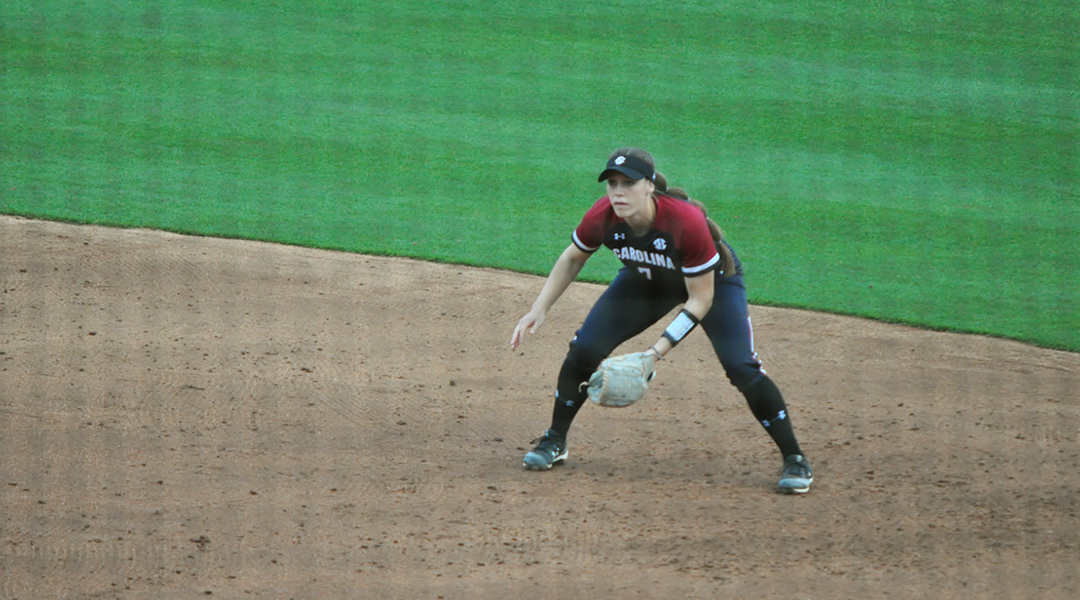 Through 33 games, sophomore infielder Mackenzie Boesel leads all Gamecocks with 29 RBIs and a .620 slugging percentage. Head coach Beverly Smith said she believes Boesel has the stats to become South Carolina’s first All-American since 2015. 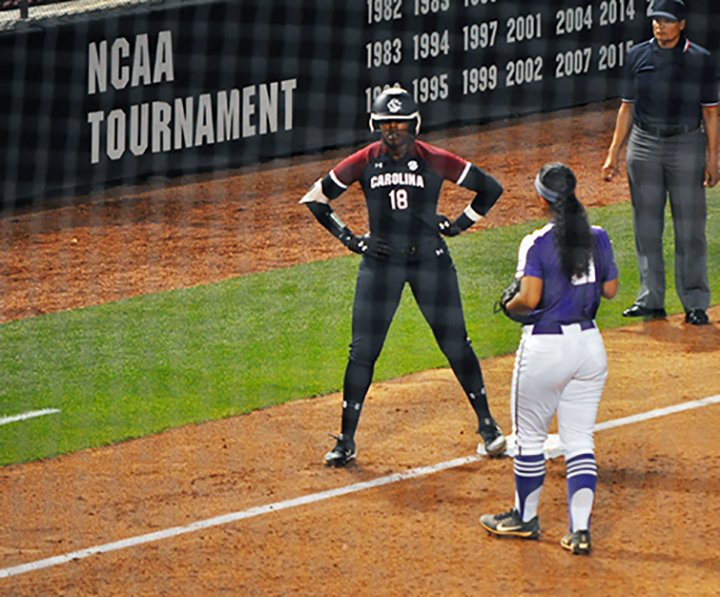 On Tuesday, Tiara Duffy (18) became the 12th Gamecock to receive SEC Player of the Week honors. In four games against Tennessee and Duke last week, Duffy had a home run and batted .636. 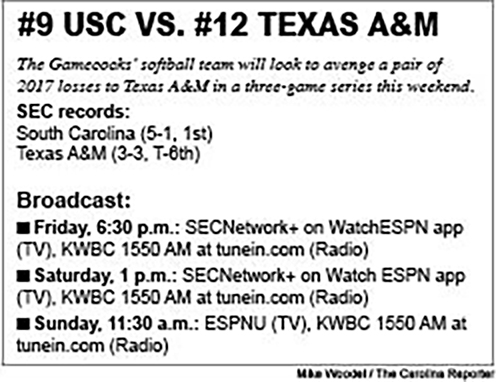 No. 9 South Carolina hits the road Friday for its third weekend of conference play, taking on No. 12 Texas A&M.

The Gamecocks will roll into College Station on a five-game winning streak with eight victories in their last nine games. On the other side of the diamond, Texas A&M will look to rebound from a sweep last weekend at the hands of No. 2 Florida.

The Aggies had won five straight entering Gainesville last Friday, only to be outscored 23-4 in the three-game series and fall victim to the mercy rule Saturday, with Florida taking 10-0 victory in just 5 innings. It was the first time Texas A&M lost a mercy rule-shortened game since falling to the Gators 8-0 in 5 innings at last year’s College World Series.

The Aggies do come in off of a 6-0 win over Lamar, behind pitcher Samantha Show’s seven-strikeout performance.

After pitching a three-hit shutout against Furman on Wednesday night, freshman pitcher Kelsey Oh said the team concentrating on their strengths instead of their upcoming opponent will be important on the road this weekend.

“I think just focusing on what we can do and focusing on the team instead of the opponent… I think that’ll be really great for us this weekend,” Oh said.

Despite their best start in years, away games have not been kind to the Gamecocks this season. Though 26-0 at home and in neutral-site games this season, the Gamecocks are 3-4 on the road. In their only conference road series thus far, South Carolina took consecutive decisions at Ole Miss before falling 1-0 in the March 18 finale.

Behind the arms of Oh and fellow pitchers Cayla Drotar and Dixie Raley, the Gamecocks have amassed a 1.60 earned-run average and stingy .199 opponent batting average through their first 32 games.

Senior outfielder Tiara Duffy had an RBI triple against Furman on Wednesday night, batting in the game’s only run. Earlier this week, Duffy was named SEC Player of the Week for her play against Duke and Tennessee, which comprised a .636 batting average in four games and a home run against the Vols last Friday. Duffy was just the 12th Gamecock to receive the honor and the first since 2016.

“He has been giving us all individual plans of what we need to do to be successful and how we can take the pitcher’s strengths and turn them into our hot zones and hit the ball and be successful on our own,” Duffy said. “I feel like we’re all confident in our swings and we’re together everyday at practice, like I know they can all hit the ball hard and do some damage, so that’s what we tend to do.”

Echoing Duffy, South Carolina head coach Beverly Smith that getting on base has been crucial to the Gamecocks’ quick start.

“Listen, we don’t care how you get there,” Smith said. “Hit by pitch, walk, hit, home run, whatever, OBP [on-base percentage] is life because we know the more players we can put on, the more we’re going to turn our lineup over, the better it’s gonna be for the Gamecocks.”

And despite the Gamecocks’ passing of Texas A&M in Tuesday’s poll, Smith said she isn’t looking past the Aggies by any means.

“I think when you go into the grind of the SEC, it is about who’s the best on game day because I think any team can beat anybody in our league on any given day,” Smith said. “Coaches in this league, we do a lot of homework, watch a lot of video. They’re gonna be ready for us just like we’re preparing for them. We’re at their place, so I think you have to be extra sharp, if you will, on the road.”

The Gamecocks had one notable celebrity guest at Wednesday’s game — Dawn Staley’s dog, Champ. Since Champ didn’t travel to Albany for last weekend’s NCAA East Regional, Smith played dogsitter while Staley was away. He was in attendance for all three South Carolina wins over then-No. 2 Tennessee last weekend and showed up Wednesday night while his owner was on a scouting trip.

With a laugh, Smith said Champ is unlikely to accompany the team to College Station.

“I don’t know that Champ’s flown on a plane yet,” Smith said. “He’s still a puppy. So he’s going to be our home luck charm, I think.”