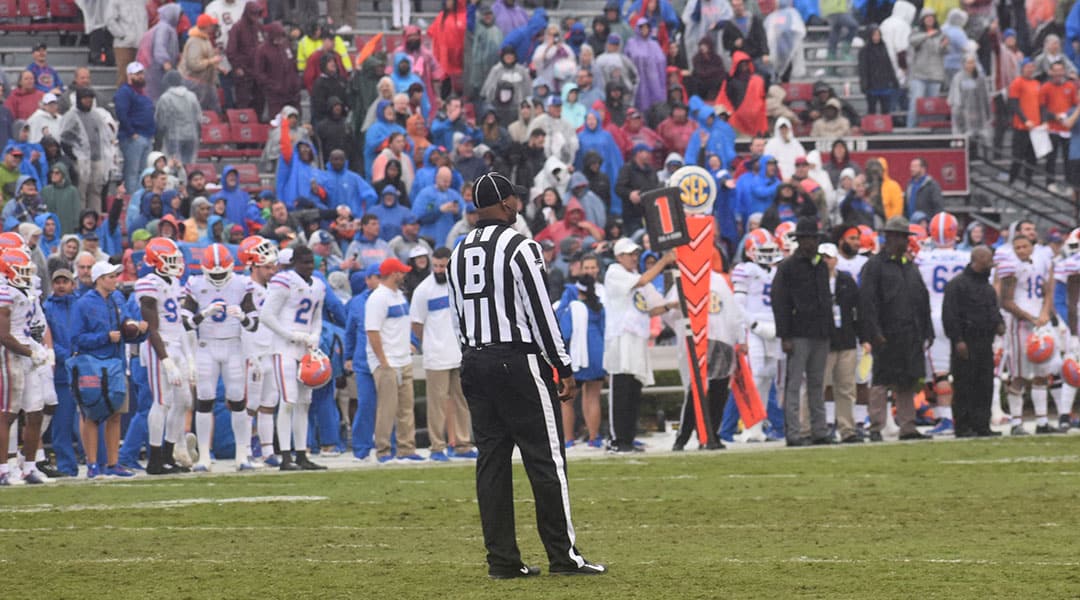 Gamecock Coach Will Muschamp is looking for answers after South Carolina’s game with Florida. Multiple no calls happened Saturday and the Gamecock program has been in contact with the SEC to find out what happened. Credit: Nick Papadimas

Controversy has surrounded the South Carolina football team after its loss to the Florida Gators at home Saturday and Will Muschamp is still searching for answers.

Southeastern Conference officials seemed to miss, or not call, several penalties in Saturday’s game. Fans, players and Muschamp have been in an uproar since the game.

Though Muschamp said Tuesday he has been totally focused on Tennessee since his teleconference with the media Sunday evening, he displayed a very different tone moments later at his press conference.

“I know that Coach Tanner has been tirelessly working for us and getting some answers about what occurred on Saturday,” Muschamp said. “He’s obviously very upset, as a lot of us are with some occurrences on Saturday afternoon.”

Muschamp said he received a text from SEC commissioner Greg Sankey Sunday night.  Sankey told him the SEC was still in the review process. Muschamp was later asked if he was expecting to hear from the SEC again on the matter.

Sophomore corner back Israel Mukuamu confirmed that he has not heard an explanation of why holding was not called on a play where he appeared to be held by Florida wide receiver Tyrie Cleveland while trying to run down the field to make a tackle. Florida scored a touchdown on that play.

Another controversial no call came when Florida ran what appeared to be an illegal pick play on a touchdown later in the game. A receiver appeared to be blocking a Gamecock defender during a passing play, which is illegal in college football.

When Muschamp was asked about how to coach his defenders on “rub” routes like what Florida ran, he stopped the reporter to clarify.

Muschamp was visibly upset about the no call from Saturday, but went on to talk about indicators of an offense running a play where one receiver would stop a defender from being able to cover another receiver.

ESPN college football analyst and former Georgia defensive lineman David Pollack spoke about the play on ESPN this week.  Pollack said “If I’m Muschamp, I am pissed. I am absolutely livid.”

“That is atrocious.  That is a block, there is no intent to be a receiver what-so-ever,” Pollack said.

Muschamp received an unsportsman-like penalty late in Saturday’s game which he said Saturday mystified him. In his press conference Saturday night he was very upset with the manner in which the referee threw the flag. Muschamp said the referee walked away from him and then threw the flag.

“Drop it on my feet next time,” Muschamp said.

Pollack wasn’t the only media member to speak out on the Gamecocks’ behalf this week.

Editor in chief of The Athletic’s college football site Stewart Mandel tweeted Saturday, “I don’t blame Will Muschamp for being furious. Officials have now missed blatant penalties on two of Florida’s TDs.”

Mandel was one of many other media members or college football analyst to speak out on Twitter about the officiating Saturday.

One very famous Gator fan had a comment as well. Former Atlanta Brave and Baseball Hall of Famer Chipper Jones tweeted, “There were 3-4 blatant penalties on UF during scoring plays in the second half that were not called… and I’m a Gator.”

While the Muschamp Gamecocks wait on an answer from the SEC they will have to prepare for a trip to Knoxville this weekend. South Carolina takes on Tennessee at 4 p.m. Saturday. 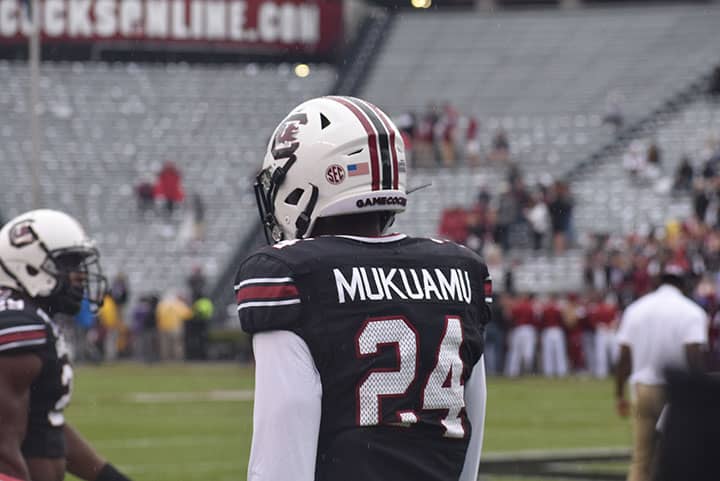 One of the more contentious plays of the game Saturday involved Gamecock defensive back Israel Mukuamu.  Mukuamu appeared to be held as he tried to make a tackled downfield, but no flag was called.  Mukuamu tweeted his disbelief after the game. Credit: Nick Papadimas 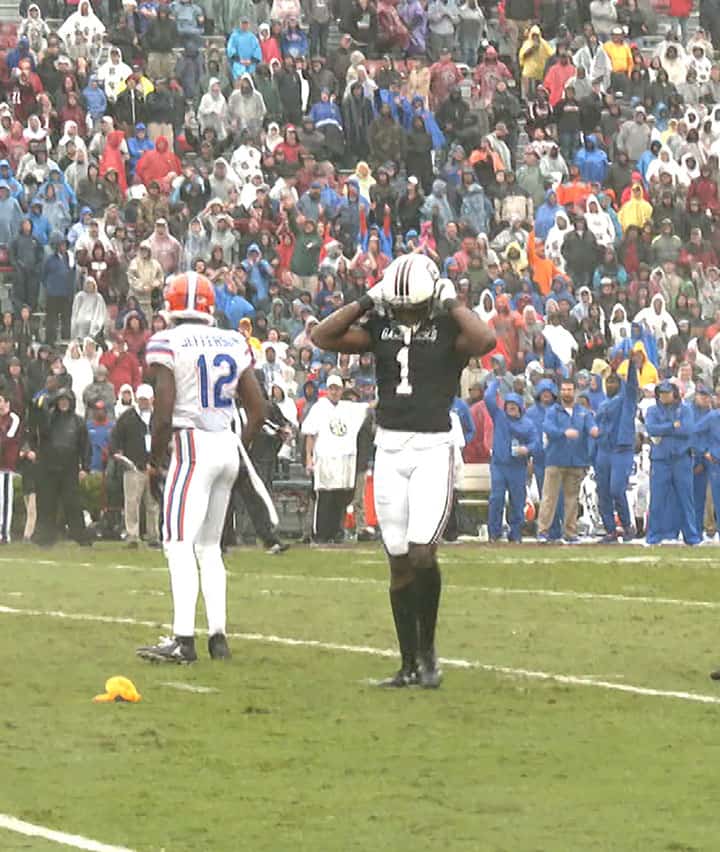 Three big plays surround the controversy in officiating in the Florida at South Carolina game; a pick play, a hold and an unsportsman-like penalty. Credit: Summer Huechtker 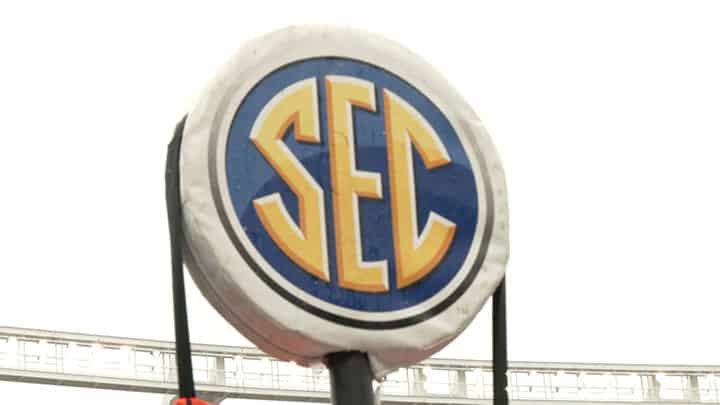 Will Muschamp said Tuesday that the University of South Carolina’s Athletic Director Ray Tanner has been in contact with the SEC to get some answers about officiating during the Florida at South Carolina game. Credit: Summer Heuchtker