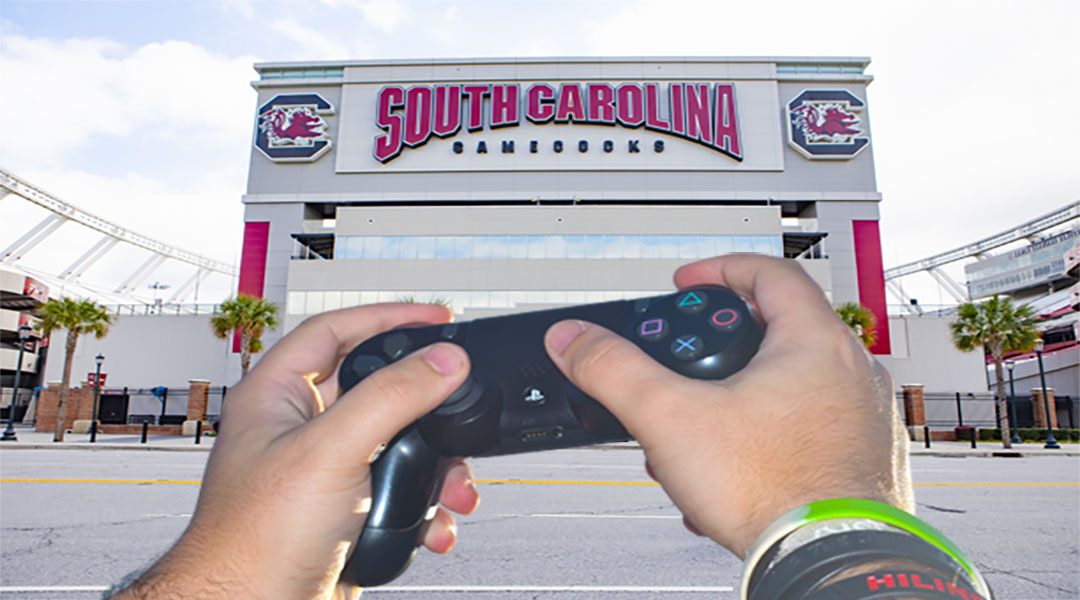 EA Sports, a division of Electronic Arts, is planning to revive the dormant College Football series, and it will include the University of South Carolina. The series was a beloved mainstay on the annualized sports video game circuit for many years across several generations of console games.

The EA Sports game was discontinued in 2014 as part of the fallout in the antitrust court case of O’Bannon v. NCAA based on player name, image and likeness. The NCAA Football video game did not identify players by name, but the game simulated teams and players as they played in real life.

According to an EA Sports press release, the franchise has a deal with the College Licensing Co. and will include the rights to more than 100 institutions featuring the logos, stadiums, uniforms, gameday traditions and more. While this college game will not include student-athlete names, images and likenesses, EA Sports is continuing to watch those legal developments closely. One school that will be featured is the University of South Carolina.

Matthew Bridges, director of trademark licensing for the University of South Carolina, said he is is excited about his hopes for the game and the university’s contract with the CLC.

“CLC fields all of our licensing requests. We want a good partner that will portray the university in a good way, and they are helping us police misuse as well,” Bridges said.

In an exclusive interview with Carolina News & Reporter, Bridges said it will likely be two years before players can get their hands on the remake.

“It is a fluid [legal] situation; we’re very excited for the potential to have a new game. It was a very popular game when it was out. We look forward to its release in 2023,” Bridges said.

Even after an eight-year hiatus, NCAA Football remains the fourth biggest sports video game franchise in full game sales in U.S. history, according to data from the NPD Group.

“We’ve heard from the millions of passionate fans requesting the return of college football video games,” said Cam Weber, EA Sports executive vice president and general manager in a statement. “We love the energy, tradition and pageantry of college football and I am beyond thrilled to say we are back in development.”

It is currently illegal for NCAA student-athletes to cash in on their likenesses while in school. The new game has to follow NCAA regulations. There may be changes to these rules by the NCAA, Congress or the Supreme Court with an upcoming case in June.

“There will be due diligence in making sure that these will be generic players that have no resemblance,” Bridges said. “From what we are being told, [EA is going] as far as getting current lineups, rosters, what the size of these players are so that they can tailor the players on the game to not reflect those positional players in any way, shape or form.”

Bridges also said user-created rosters will not be an option in the upcoming game.

Bridges and other directors from universities will continue to work with CLC to work on contracts and finalizing changes as the regulations around name, image and likeness of current college athletes remain is in limbo.

Three longtime fans in Columbia, South Carolina, said they are excited about the new release and have been waiting for an update.

“I’ve been playing video games since 1985, the first Nintendo Super Mario brothers,” Gerron Cunningham said. “More than likely I’m gonna pick it up. I’m just excited to have college football back in the systems. You could go through franchises and be on there forever.”

One of gamers’ favorite parts about the College Football video games is the franchise mode that allows them to run the operations of any team in the game. Most pick their alma mater or favorite team, but some fans take a different approach.

“I usually pick a bad team to make them better in the franchise [mode],” Samuel Murphy said.

GameStop has the NCAA Football 2014 game at a used price of $69.99 compared to the $60 retail price of newly released games. This game was released nine years ago and remains at a steep price. However, fans are willing to pay due to the rarity of the game.

“To this day you cannot find that game anywhere. A couple months ago I came to find it and they didn’t have it in stock. It is a very rare game, so I think it’s a fair price,” Brandon Simons said. 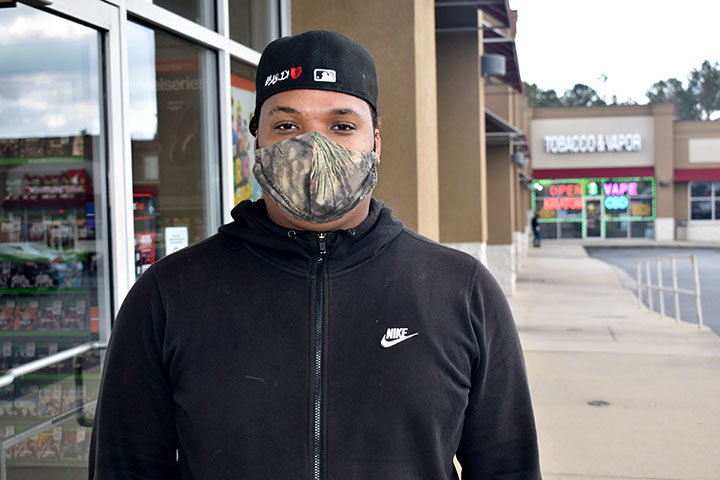 Brandon Simmons has been playing video games since he was four-years-old and loves the College Football video games. Photo by: Harrison Belk