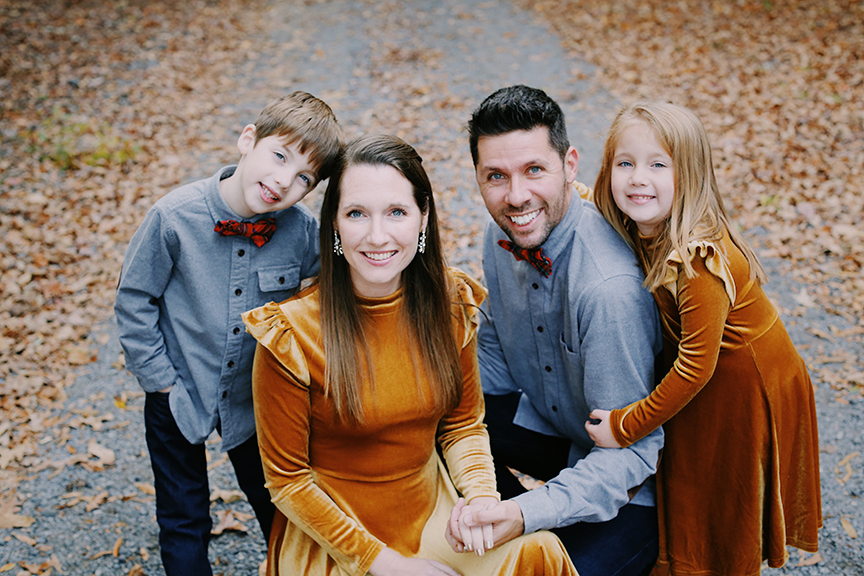 The Hewitt family, from left, Emerson, Crystal, Craig and Ellington, turned tragedy into giving back. The couple lost their two older children in a terrible traffic accident but their story has inspired the South Carolina community.

On the way to go blueberry picking, Crystal Hewitt and her children, Parker, 5, and Haley, 3, were struck by a garbage truck in 2009. The accident killed the Hewitt children and severely injured their mother.

Some time after the tragedy, Crystal and Craig Hewitt founded a nonprofit organization called The Hewitt Foundation, which raises money each year to give back to the community. Craig Hewitt said that their hope is to help families in need or families that have undergone similar losses.

“We needed to find out what our new normal was but not exclude them because they would still be part of our family,” Crystal Hewitt said.

Their main fundraiser is the annual Hewitt Foundation 5k race that takes place in their hometown of Chapin.  Last year, about 600 people took a place in line to run for Parker and Haley, the biggest turn-out yet.  The event raised over $13,000 and was donated back in to the community for those in need.

A few years after the accident, the Hewitt’s strong spiritual faith was once again tested when Crystal Hewitt became pregnant with her daughter, Ellington. Doctors said the baby would have spina bifida and could possibly be paralyzed for life with severe developmental problems. But Ellington, now 8,  defied all medical odds. She walks on her own with her younger brother, Emerson, by her side.

Kendel Davy, a cheerleader at the University of South Carolina, learned about the Hewitt’s story and, upon meeting the strong family, knew she wanted to be a part of their life. Ellington and Emerson have formed close relationships with Davy and attend cheerleading practices and USC football games.

“They are such positive people. It amazes me how a family could be so positive after what they have gone through,” Davy said.

For a family that has gone through an unimaginable trauma, the Hewitts’ continue to inspire others with their undeniable strength, charitable hearts and unyielding faith.

Physically, the Hewitt’s are a family of four.  But photos around their home show they are truly a family of six. On their stairwell, a mirror hangs between pictures of Haley and Parker so that Ellington and Emerson can see themselves with their big brother and sister. 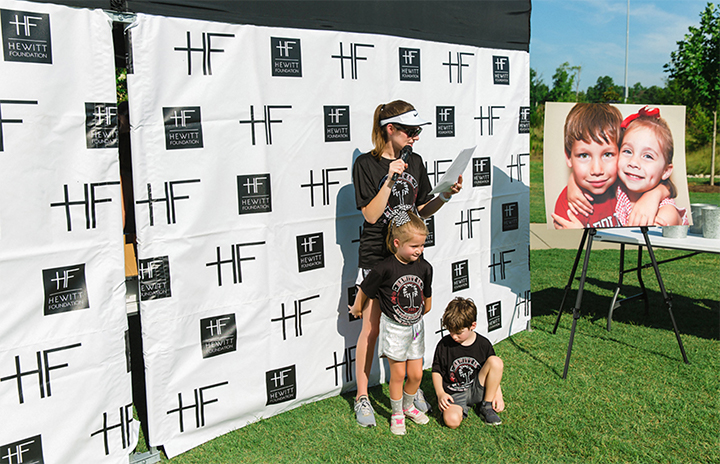 Crystal Hewitt speaks at the annual Hewitt Foundation 5K race in June with her children, Ellington and Emerson, by her side. The purpose of the event is to celebrate the lives of her oldest children, Parker and Haley who were killed in a traffic accident. 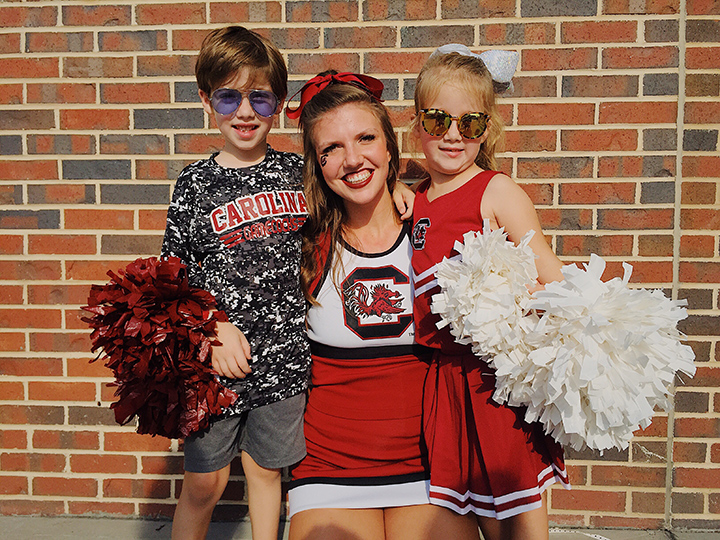 USC cheerleader Kendel Davy play with Ellington and Emerson Hewitt at a Gamecock football game. Davy is both a role model and friend to the Hewitt children. 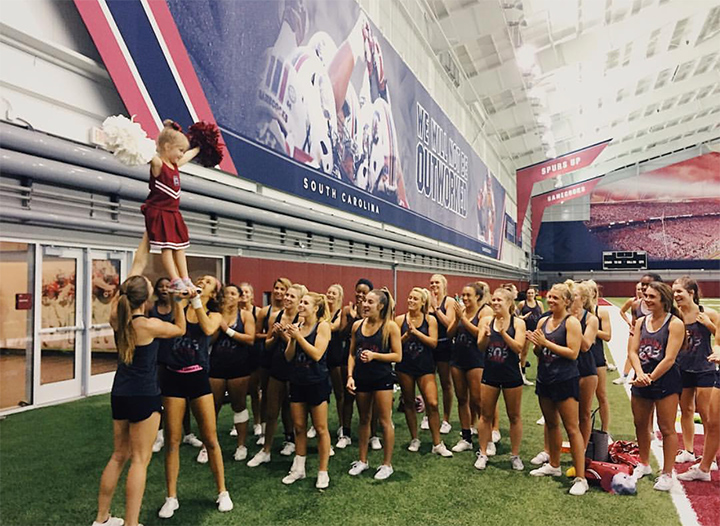 USC Cheerleaders encouraging Ellington on as she gets lifted in the air with Davy’s support.  Ellington shines on the cheer mats and her favorite thing to do is stunt. 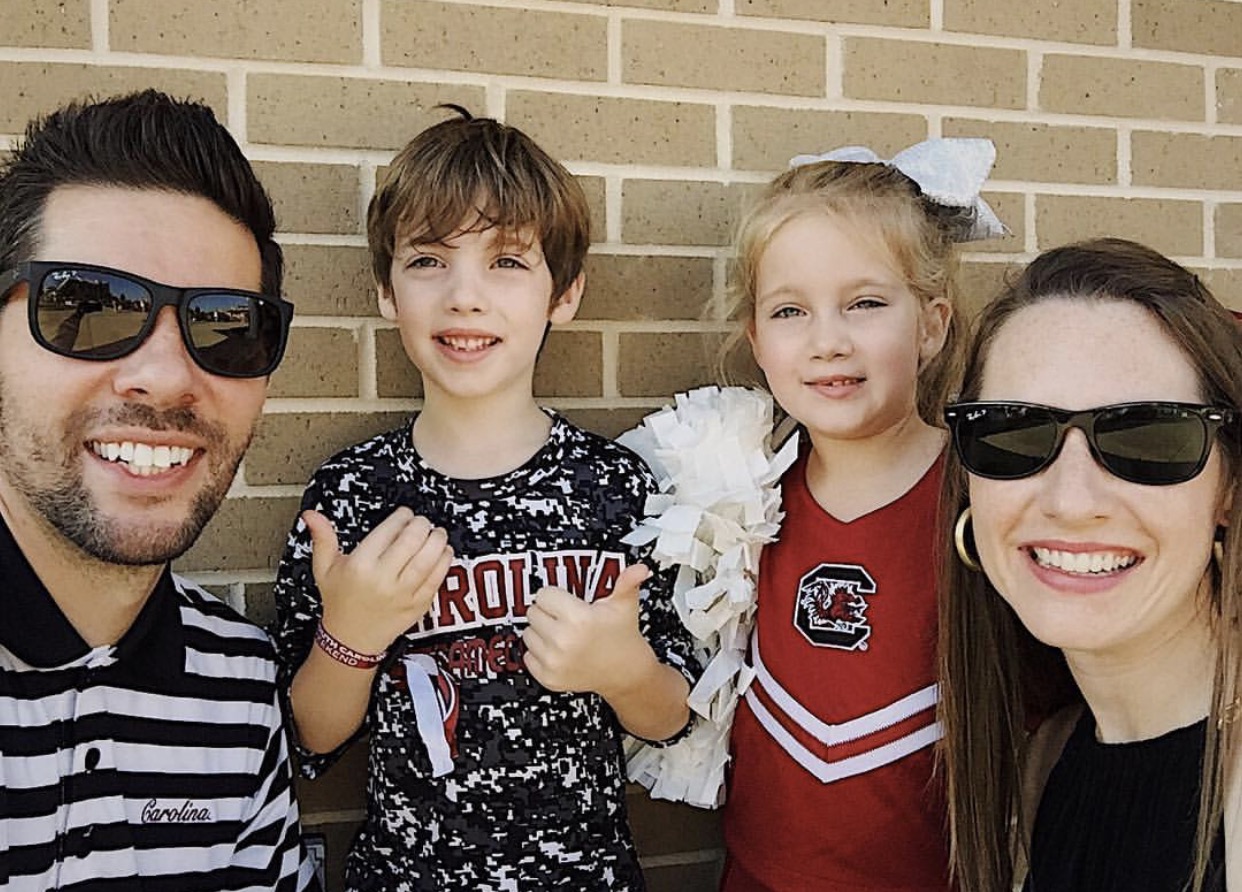 The Hewitt family in Carolina gear cheer on Kendel Davy and the Gamecocks at a football game. 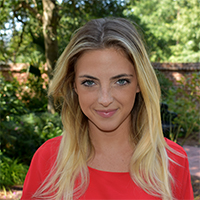 Born in New York, Emily Kelly has always had a passion for being in front of the camera. She worked as an MSNBC intern covering the 2016 South Carolina GOP Primary and as an NBC News intern at the Democratic National Convention and the Inauguration of President Trump. She completed an internship at the TODAY Show in the summer of 2018. These experiences solidified her desire to pursue a career in broadcasting as an anchor. Kelly consistently demonstrates strong executive presence and is proficient in Adobe Premiere, iNews, and MediaCentral.