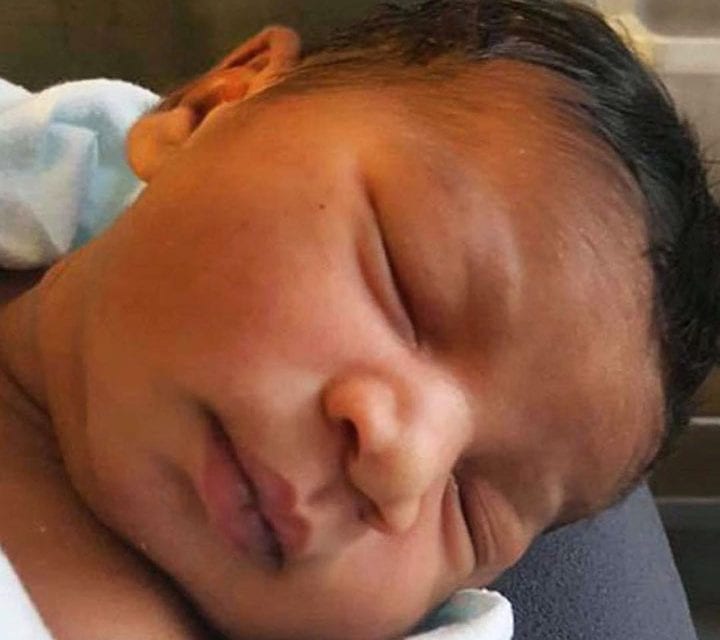 Jude Brice is pictured on the day of his birth Dec. 14, 2015. His mother, Kaila Williams, experienced serious complications after his birth. Credit: Kaila Williams

Kaila Williams became pregnant at 19. It was a time of whirlwind emotions for the young Columbia woman – she felt scared, anxious, and worried about what her conservative, religious parents would think.

Williams, who lived at home with her parents,  experienced what she thought was a normal pregnancy. Her son, Jude Brice, “a beautiful angel,” was born Dec. 14, 2015, weighing seven pounds, 12 ounces.

But while her pregnancy was uneventful, her delivery at Palmetto Health Richland hospital was anything but smooth.

Regina Williams, Kaila Williams’ mother, was in the delivery room with her daughter and remembers catching her daughter after she fainted once giving birth.  Kaila Williams began hemorrhaging and bleeding, losing a lot of blood, but doctors were able to successfully stop the bleeding and send mother and baby home.

Three weeks after Jude Brice’s birth, Kaila Williams  experienced shortness of breath and numbness in her arm after finishing dinner one night.

She didn’t know it, but she was suffering from peripartum cardiomyopathy, a rare heart condition that is far more devastating to black women than white or Asian women.

Peripartum cardiomyopathy can happen during the last month of pregnancy or up to five months after giving birth. Kaila Williams never knew she was at risk.

After Regina Williams noticed Kaila sweating profusely, “as if someone poured a bucket of water” on her daughter, Kaila Williams was rushed to the emergency room. There doctors discovered she had a heart rate of 143, and was immediately hurried to the cardiovascular section of the hospital.

Doctors told Kaila Williams, “If you would have come in the next day you probably wouldn’t have made it because it was that serious.”

Trauma of the afterbirth

What Kaila Williams didn’t know was what caused her to have such a rare heart failure condition at the age of 20.

Doctors explained that there is no known cause for this specific heart failure condition, but could stem from a hormonal imbalance or the shutdown of a chemical in the body.

According to the American Heart Association, peripartum cardiomyopathy is rare in the United States; about 1,000 to 1,300 women of all races and ages develop this condition yearly.

But among black women, the numbers are far higher, occurring in 1 out of 1,421 black women. This rare condition is also seen in far more younger black women, with less chances of survival.

Kaila Williams spent over a week in the hospital receiving a regimen of more than 10 medications to regulate her heart rate. She was no longer able to breastfeed her baby son.

“That was the most emotional thing I ever had to go through because they told me I had to stop breastfeeding because of all the medicine and it wasn’t safe,” Kaila Williams said.

Pregnancy and childhood no longer carries grave risks or even death sentences for women. But from the days of slavery and segregation in America, black women suffered at the hands of white physicians whose main concerns were their white patients.

In South Carolina, Dr. James Marion Sims, the “father of modern gynecology,” was a pioneer, inventing the vaginal speculum to be used for dilation and examinations and developing a surgical technique to repair vesicovaginal fistula, a common 19th-century complication of childbirth in which a tear between the uterus and bladder caused constant pain and urine leakage.

But Sims’ medical experiments and operations came at huge human cost. He conducted his operations on enslaved black women without anesthesia because he believed  that black people didn’t experience pain as whites did.

That notion was debunked long ago but modern physicians and scientists still grapple with ways to reduce infant deaths and maternal mortality, particularly among black women.

About 700 women die yearly in the United States as a result of pregnancy or pregnancy-related complications, according to the Centers for Disease Control and Prevention, prompting some states to create committees to help identify opportunities for prevention.

The Mortality Review Committee is a team of nine states that collects data about maternal causes and deaths in the United States. The mortality committee is in partnership with the CDC Foundation and the CDC Division of Reproductive Health.

The purpose is to assist states who may not have a maternal mortality review committee and raise awareness to eliminate preventable maternal deaths, while promoting the wellness of expectant mothers.

According to the Mortality Review Committee, black women experience maternal deaths at a rate three to four times higher than white women, a racial disparity that is mirrored across many maternal and infant outcomes.

In South Carolina, there are 56.7 maternal deaths for every 100,000 live births in black women, according to the data.

The Mortality Review Committee discovered 50 percent of all pregnancy-related deaths are caused by hemorrhage, cardiovascular, cardiomyopathy and infection. And complications don’t discriminate against based on socioeconomics.

Tennis great Serena Williams revealed earlier this year that she suffered complications during and after the birth of her daughter Olympia on Sept 1, 2017. Williams’ doctors found a blood clot in her lung and the incision on her cesarean section ruptured during labor. When doctors went to close her incision, a hematoma or clotted blood tissues was found in her abdomen.

Cardiomyopathy is one of the top five causes during pregnancy-related deaths in black women, ranking at 14 percent compared to the 10 percent in white women. Kaila Williams was shocked by the diagnosis because of her healthy lifestyle and her decision not to smoke or drink.

“There were no signs of anything, the doctors said he’s growing fine and you look fine,” she says. “I felt fine.”

Kaila Williams is now adjusting to her condition, which must be managed during her entire life.  In 2017, she had a subcutaneous defibrillator implanted in her side in case her heart beats ever becomes abnormal.

Solutions to a deadly problem

Dr. Judith Burgis of Palmetto Health Richland in Columbia is working to decrease the number of women who die from birth complications at its teaching hospital.

“Yes, we think the numbers are too high and yes we are working on ways to prevent maternal mortality,” Burgis said.

In South Carolina, hospitals that deliver babies are working to adopt protocols, called “safety bundles,” that prepare delivery rooms with supplies and procedures for standard births and emergencies.

For example, a hemorrhage safety bundle would include supplies like compression stitches, access to immediate medications needed, a response team to call when help is needed and unit education on specific protocols.

South Carolina would like to adopt safety bundle protocols such as those in California. In 2018, California only has 6 maternal deaths for every 100,000 births, according America’s Health Ranking.

Palmetto Health Richland is adopting mobile stimulation centers, like SimCOACH, to practice hemorrhage drills and distribute information to physicians and nurses if an incident does occur.

SimCOACH is a fully-equipped stimulation laboratory truck that visits birthing hospitals in the state at least once a year.

“These are evidence-based ways that standardized care that helps moms and babies have better outcomes,” Burgis said.

The SimCoach visits these birthing hospitals once a year, but hospitals don’t require mandatory participation from nurses and physicians.

“We’re helping find a solution. We’re not there yet but that means we are going in the right direction,” Burgis said.

The “Baby and Me” floor is designed to be a family-oriented environment, providing emotional, educational and spiritual support to new moms and their families.

“Women are not going to the doctor unless a problem arises and they’re ignoring the issues of their body,” Starks-Williams said. She said pregnant women should listen to their bodies and bring up issues with their doctors.

“A lot of times when you are going to your doctor they can listen to your heart, but if there is nothing that stands out, they are not going to do anything about it,” Stark-Williams said.

Registered nurses like Jacqueline Keitt with Palmetto Health Baptist use a technique called “bedside rounding” to engage with  patients.

Bedside rounding is a technique in which nurses visits their new mothers on the fourth floor and educate them on new information from motherhood to new medications.

“New mothers must educate themselves, ask questions at the physician’s office and be proactive in your own health,” Keitt said.

New life after the trauma

Today, Kaila Williams takes four medications and modifies her life to deal with this rare heart condition. She tries to go to cardiovascular rehabilitation once a week.

With Jude’s third birthday approaching, Kaila Williams and her family shed tears of joy about the greatest gift that came from all the pain.

Regina Williams ponders the “what ifs,” but she said she and her family never stopped praying that God would continue to heal her daughter.

“God keeps showing me that he has Kaila right in the palm of his hand,” she said.

“It was a long journey to get where I am now but because of my family they helped me through everything,” Kaila Williams said. 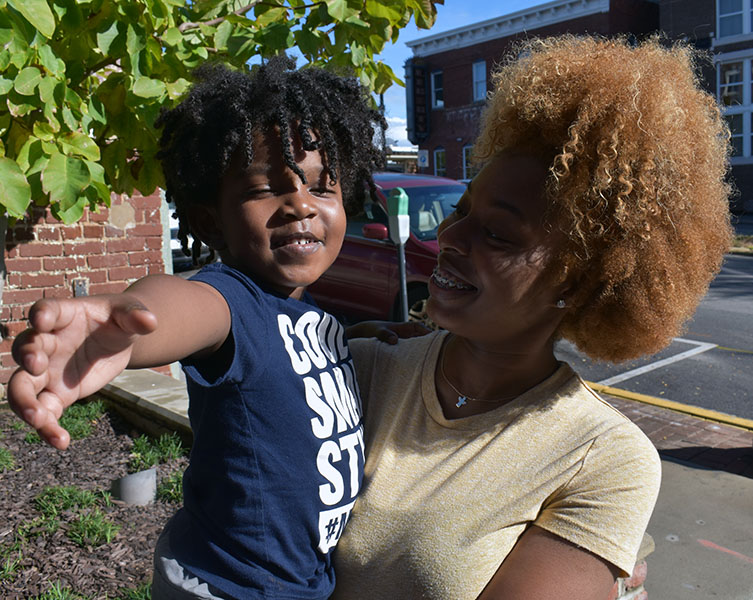 Kaila Williams nearly lost her life after her son’s delivery at Palmetto Health Richland. Now she describes her bond with her son, Jude Brice as “indescribable.” 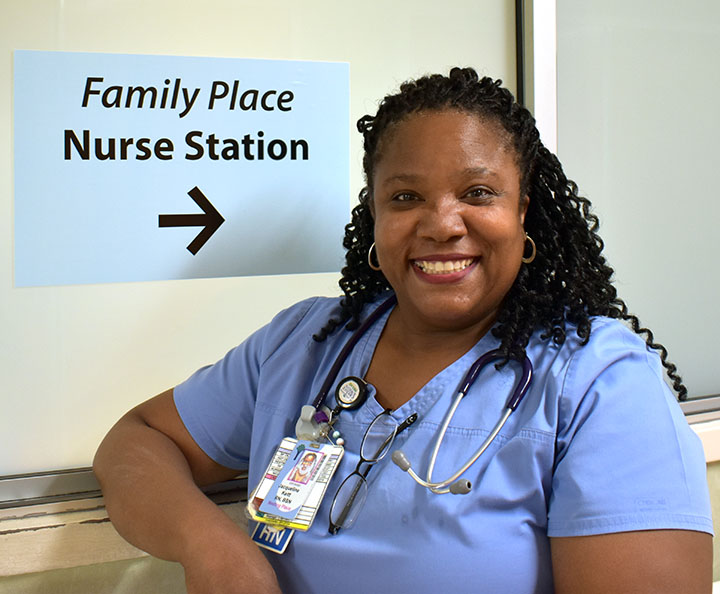 Jacqueline Keitt, a registered nurse, works on the “Baby and Me” floor at Baptist Hospital in Columbia. She spends her days educating new moms about their health and engaging with their families. 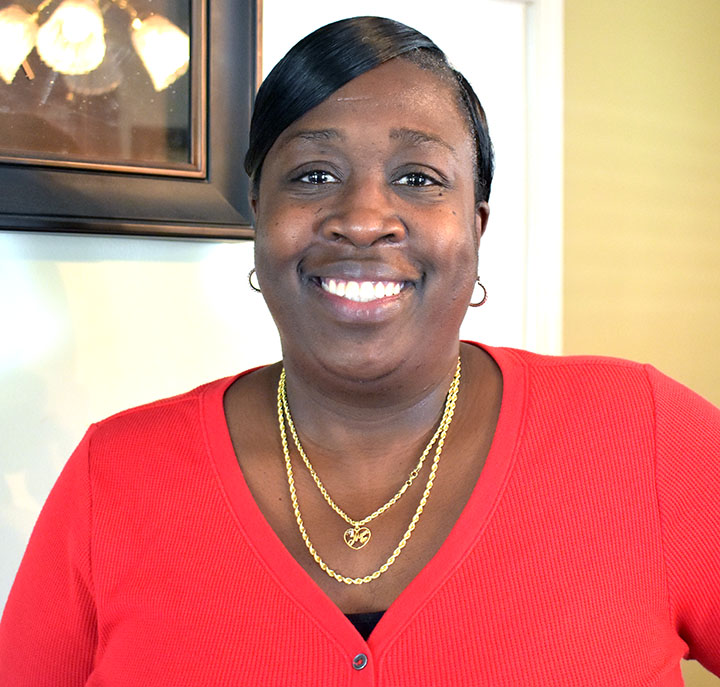 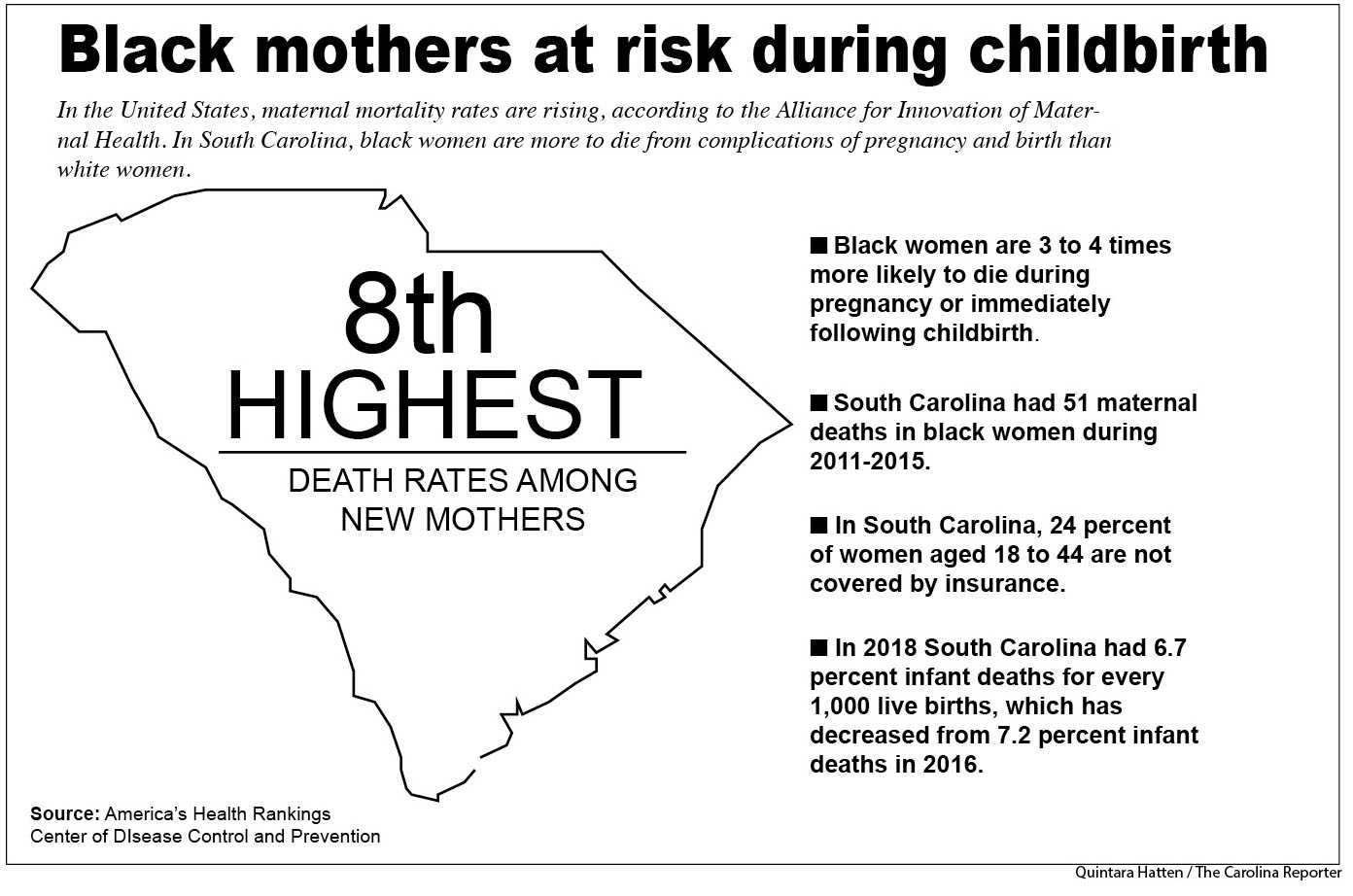