How Dawn Staley changed the culture of USC women’s basketball 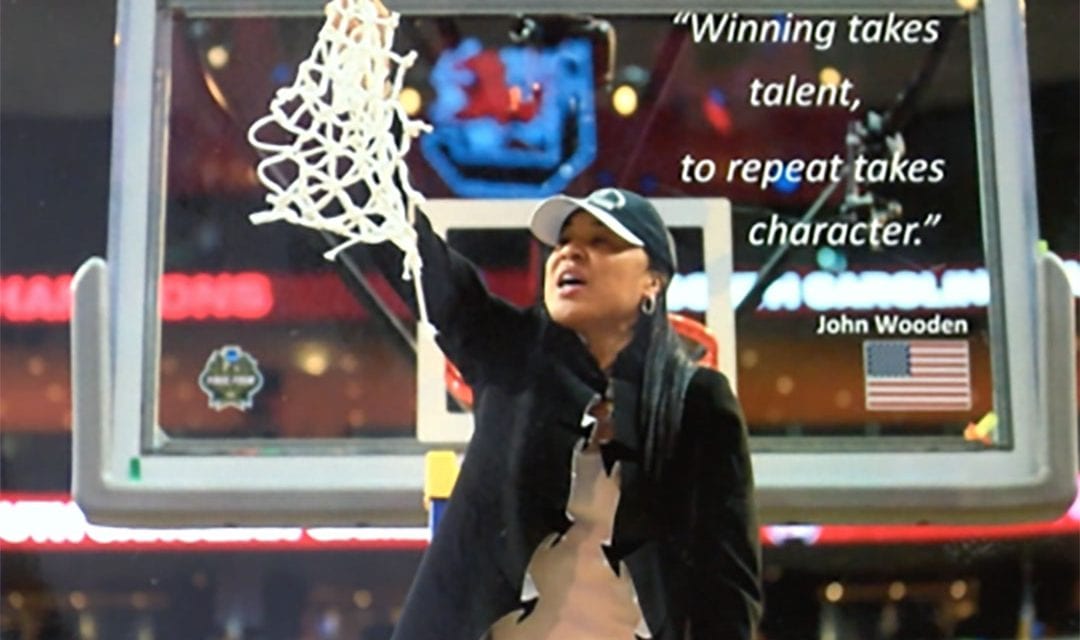 Dawn Staley believed the Gamecocks women’s basketball team could win a national championship when she became the head coach in 2008. Staley knew that the journey wouldn’t be easy, but she had enough patience to trust the process.

“I never had a coaching desire in my life until I was challenged to turn the Temple Basketball program around,” Staley said in a recent interview.

“I didn’t really outgrow Temple,” Staley said. “But for what I was trying to do in the coaching ranks, I just thought that South Carolina would give me the right ingredients to win a national championship.”

Staley says that the first two years of her career felt like “professional suicide” because she wasn’t able to recruit the current players on the team.

“I don’t think the players at the time realized that this was a full-time thing,” Staley said. “But as we got kids in here who wanted a great balance of wanting a pro career and loving basketball, things started turning around.”

The turning point for the Gamecocks was the 2011-2012 season when the women’s basketball team made their first ever NCAA tournament appearance.

“Senior year, we made it to the Sweet 16 and that was probably one of our best years,” said Courtney Newton-Gonzalez, who played for the Gamecocks from 2007 to 2012.

“I think Coach Staley was an underdog early on in the season because they didn’t have the talent they needed to win the national championship,” said Debbie Antonelli, who has analyzed women’s collegiate and professional basketball for 30 years.

The 2014 – 2015 season was the first time the Gamecocks became SEC tournament champions and made it to the NCAA Final Four. That season was also Aja Wilson’s first year on the women’s basketball team.

“A’ja was that piece that really allowed S.C. to build where they are now,” Antonelli said.

“[Staley] kept building and believing and selling and working,” Antonelli said. “And because she did all those things in the journey, it allowed them to win a national championship.”

The 2016 – 2017 season was the year of the Gamecocks because they not only won the NCAA national championship, but they also had three players drafted into the WNBA. 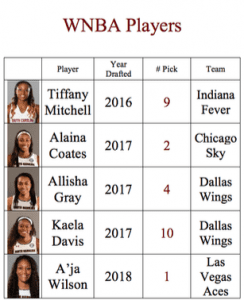 “It was an immediate proud moment because these players came to USC to increase their chances of having a professional career in the WNBA,” Staley said.

Staley also described it as a bittersweet moment because she thought that the team would have another year with Allisha Gray and Kaela Davis on the team.

Gray and Davis both decided to enter the WNBA draft early and both were drafted by the Dallas Wings.

In 2017, the Gamecocks received more national recognition when the team was nominated for the “Best Team” ESPY award.

“When you win a national championship, you put yourself in the position to be seen in a national light,” Staley said. “It feels good to be highlighted in that way but it also feels bad not to have won.”

Last season, the Gamecocks won their 4th consecutive SEC tournament championship and made it to the NCAA Elite Eight. The 2017-2018 season was also A’ja Wilson’s last year on the team due to her being drafted into the WNBA by the Las Vegas Aces as the No. 1 overall pick in 2018.

The Gamecocks broke records by having the first top pick in program history and the 8th top pick in SEC history.

Figuring out how to fill the seats

The Gamecock women’s basketball team hasn’t always had a huge fan base.

“I won’t lie, there weren’t a lot of people in the stands when I played,” Newton-Gonzalez said.

Typically, the only people who regularly attended women’s basketball games were friends and family members. Staley however, says that she had blinders on when it came to attendance.

“I really didn’t care how many people were in the stands at that moment,” Staley said. “I was more concerned with turning the program around.”

As the team got better, the fan base got stronger.

“While Dawn built a product that was capable of winning and succeeding at the highest level, the administration got behind her and supported it,” Antonelli said. “The product became really good, the price, the promotion, and the distribution of the place became better.”

Antonelli believes that Staley has worked hard to make South Carolina one of the best places for basketball.

“The last four years, they’ve led the nation in attendance and I expect them to do it again,” Antonelli said.

“There’s no better way to reach our fans than through social media,” Staley said. “We want to keep our fans updated on every aspect of our current and former players’ lives because that’s what helps us to build our brand.”

Staley also refers to the fans as their “fams” because the fans are loyal to the team as if they were related to them.

Building professionals in all aspects of life

“I think Coach Staley is a brilliant teacher, and a role model. Somebody you’d want your daughter to play for,” Antonelli said. “Not just what you’re going to learn on the court but the lessons she’s going to teach you off the court.”

Staley has also proved to have a positive effect on both her current and former players because she believes in teaching them professionalism in every area of their lives.

“Not every player is going to make it to the WNBA,” Staley said. “But we want them to be professionals in other areas, no matter what they decide to do in life.”

“I learned a lot from watching Coach Staley when she coached our team,” Newton-Gonzalez said. “So it wasn’t too difficult for me to transition from being a player to being a coach.”

“One of the things I learned from Coach Staley was discipline, perseverance, and believing that I can do anything I set my mind to,” Newton-Gonzalez said.

The Future of Women’s Basketball

It’s no secret that Staley has changed the culture of women’s basketball.

“I think [Coach Staley] is one of the iconic people in our game,” Antonelli said. “She’s one of the most decorated athletes we’ve ever had. She’s proven on the court as a player and on the sideline as a coach.”

Staley has been coaching the Gamecocks for 11 years and she doesn’t plan on going anywhere anytime soon.

USC President Harris Pastides also announced that the school would be building a statue for former Gamecock A’ja Wilson.

The Gamecocks women’s basketball team may have started out as underdogs, but Dawn Staley always believed in her team.

“I come from a place where you have to beat the odds no matter what you’re doing in life,” Staley said. 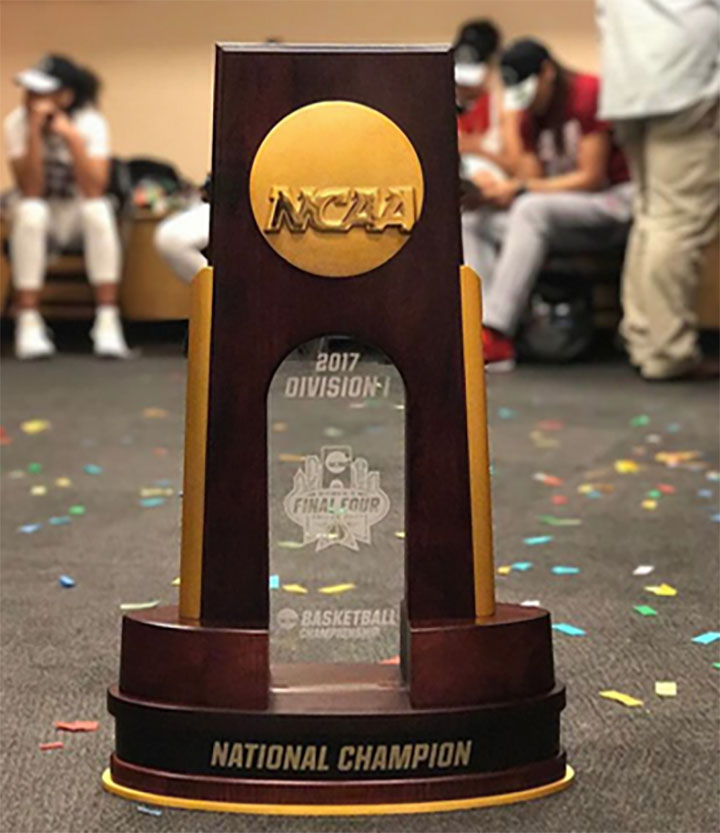 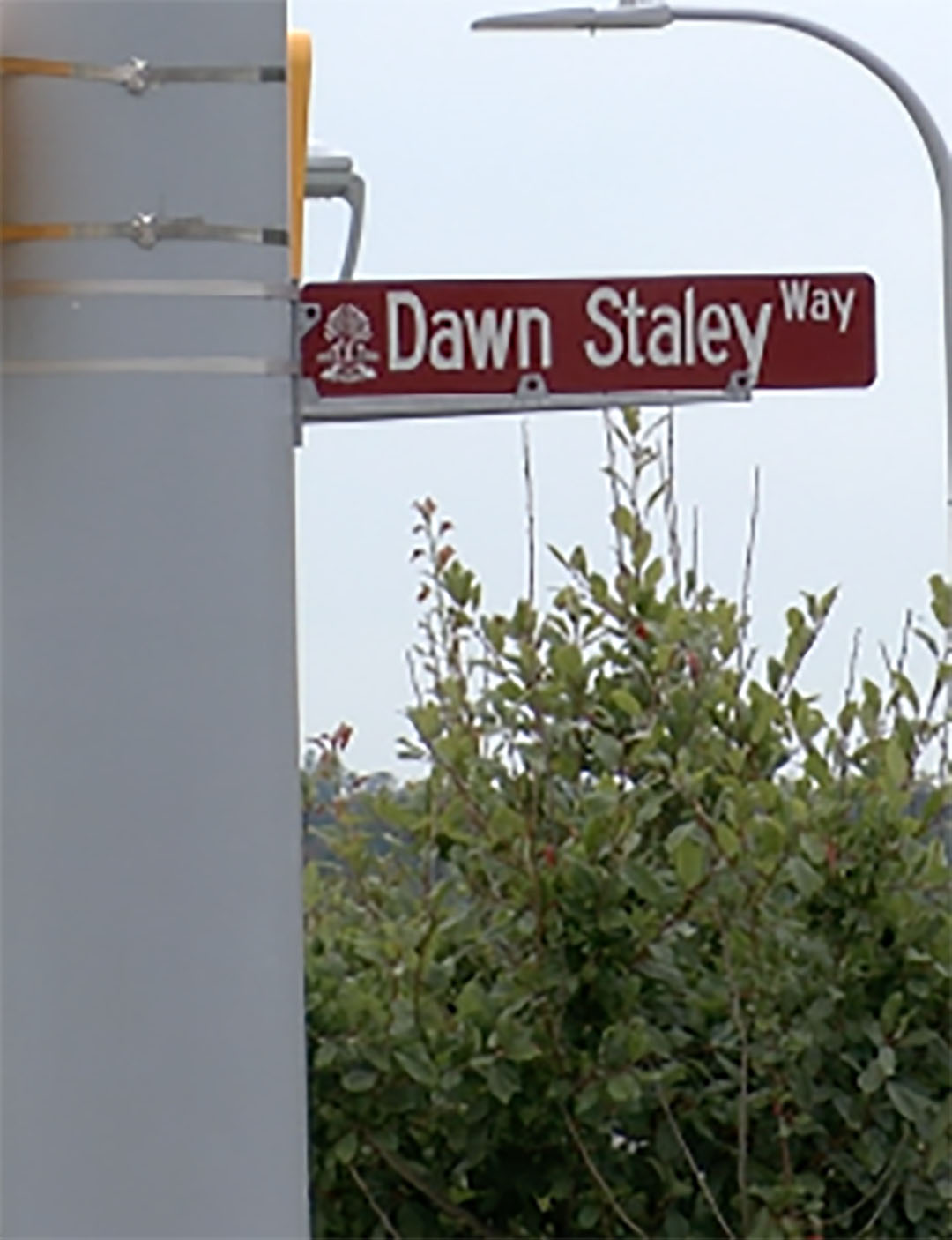 The city of Columbia honored Dawn Staley’s accomplishments by naming a street after her that is located near Colonial Life Arena. 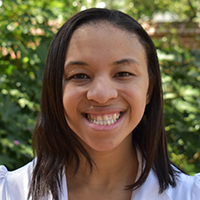 Cleopatra Shabazz is a senior broadcast student with a passion for storytelling and promoting diversity. Shabazz produced news stories and served as the social media coordinator for Student Gamecock Television. She is the marketing co-director of Swype Dance Organization. Shabazz creates promotional videos that highlight the diversity of the organization, while incorporating core elements of hip-hop. She aspires to become a videographer or a social media specialist.