How the Fireflies are improving the fan experience at Segra Park 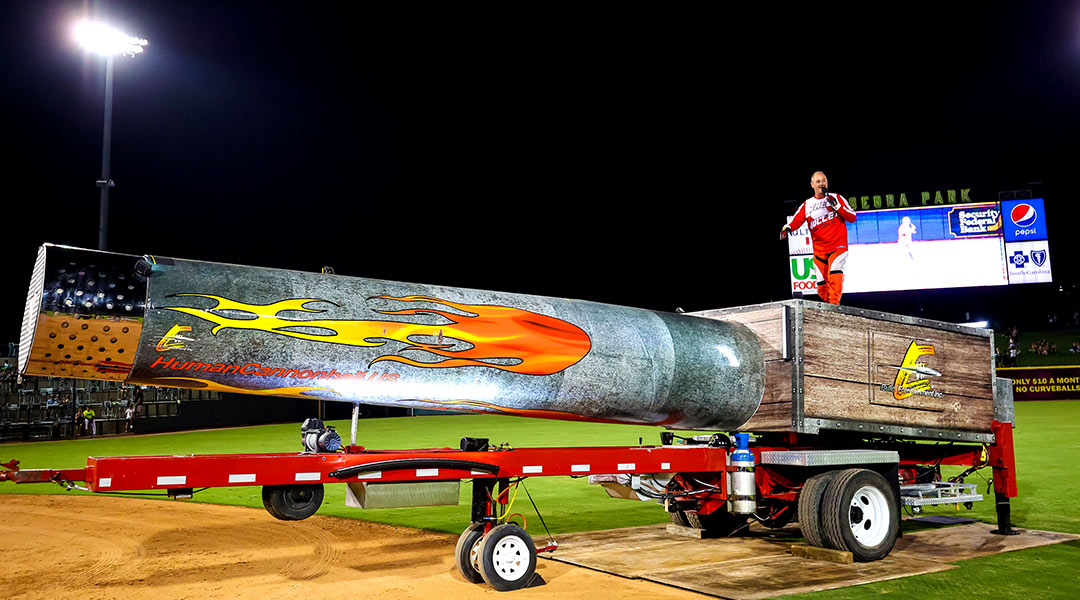 Baseball fans are losing interest in going to games, but the Columbia Fireflies are making an effort to change that.

The Fireflies struggled to fill seats in their stadium in 2022. They averaged 3,394 fans per game, which is only 37.4% of the total seats in Segra Park, according to BallparkDigest.com.

To get fans out to the ballpark, the organization is taking its focus off the field and putting it into the fan experience.

The average baseball game typically lasts about three hours. Minor League Baseball has made strides to pick up the pace with a pitch clock that has dropped the average game time by nearly 20 minutes.

“Most people are not going to stay, unless they’re a diehard (fan), for a three-hour-plus game,” Shank said. “So I think getting it down to that two and a half to (two hours and 45 minutes) is really kind of the sweet spot.”

But the team also has a promotional schedule with planned events to make gameday more than just a baseball experience.

The 2022 season featured cheaper food and drink options during midweek games. On Tuesdays, fans could buy hot dogs, popcorn, soft drinks and 12-ounce cans of Miller Lite for only $2 each. Wednesdays were dedicated to 16-ounce cans of White Claw Seltzer for $5. Half-priced draft beer and fountain sodas as well as $2 pints of Bud Light, could be found on Thursdays.

There also were theme nights, such as Star Wars Night, Nickelodeon PAW Patrol Night and Grateful Dead Night. Two of the more popular events were postgame fireworks on Saturdays and kids being allowed to run the bases after Sunday afternoon games.

Shank said one of his favorite promotions was the human cannonball act on July 23.

“I don’t think anybody left that game, just because they were ready to see a guy shot out of a cannon 150 feet,” he said. “So that was good.”

Having promotions that peak fan interest is important, said Andy Gillentine, a sport and entertainment management professor at the University of South Carolina.

“That’s what keeps selling and driving sales and revenue is that (fans) had a great time,” Gillentine said. “Brad (Shank) over with the Fireflies, they do a great job of rotating things in and out and trying some new stuff. And I think you have to.”

LaDejia Bittle, a graduate student at USC, attended a Fireflies game in early September. She said she was sitting in her seat enjoying the game when an employee asked her to participate in an interactive activity.

She found herself on the left-field jumbotron and had to guess how many fans were in attendance.

“There were four options, and it was multiple choice,” Bittle said. “And I got it right. So I got a gift card to Chick-Fil-A for a milkshake or something like that.”

Bittle said it’s fun for the fans to be more than just audience members.

“I think audiences enjoy when there’s something interactive that you can actually get a chance to win something and not just watch another piece of a show,” she said.

Bittle, who played softball growing up, said it was nostalgic for her to attend her first Fireflies game. The season might be over now, but she plans to return for years to come.

“I definitely want to go again, and I want to win another prize,” she said. “And I think that the environment they had there at that stadium is pretty fun.”

One baseball team that has taken fan involvement to a new level is the exhibition team the Savannah Bananas. Its rules are different from those of professional baseball — they have two-hour games, for example, and foul balls caught by fans are outs.

On top of its obscure rules, the Bananas have had players pitching on stilts, bats lit on fire and opposing hitters batting blindfolded.

Fans can watch Bananas players parade into the stadium before each home game. And during the game, players perform choreographed dances, only adding to the fun atmosphere.

The minor leagues haven’t publicly expressed interest in following the Bananas’ unique style. But Gillentine believes teams could adopt some of these concepts to increase interest.

“You’ve got to be open to looking at different ways of doing things, and not having the mentality of, ‘We have to do the same way we’ve always done it,’ because that is certainly not the answer,” he said.

So what do the Fireflies have in store?

The Fireflies will host its second annual Mason’s Monster Mash for Halloween on Oct. 27 from 6-8 p.m. Segra Park’s concourse will be transformed into an area for children to trick-or-treat with family and friends.

And a new holiday tradition, Fireflies Holiday Lights, will feature a few special guests when Segra Park is decorated with more than 1 million LED lights from Nov. 19 to Dec. 31. Santa Claus and the team’s mascot will make appearances on select nights.

“I think it’ll be something people will get really excited about,” Shank said. 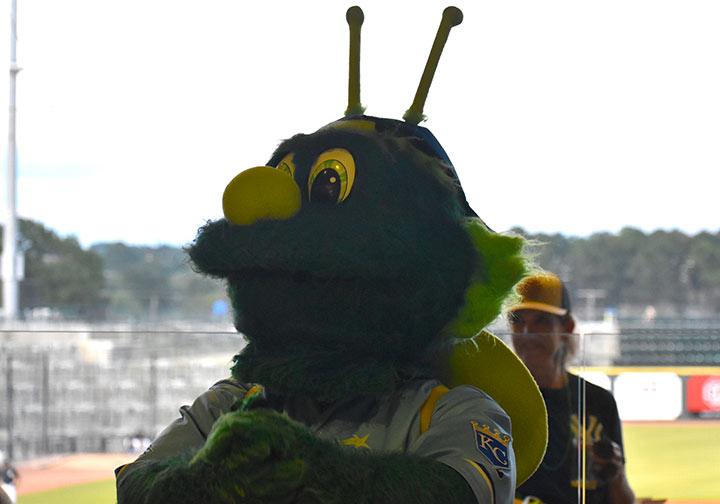 Mason, the Fireflies’ mascot, poses for photos with fans before, during and after games. (Photo by Jack Veltri) 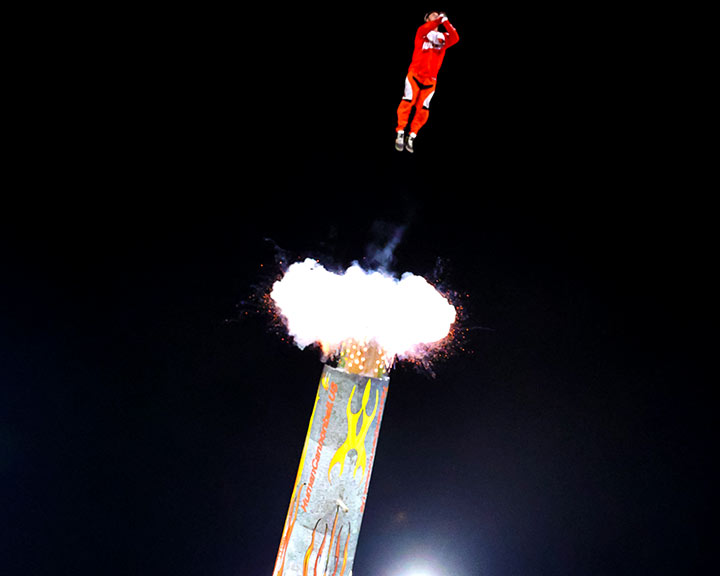 The human cannonball flies 120 feet in the air before landing on a safety pad. (Photo courtesy of Columbia Fireflies) 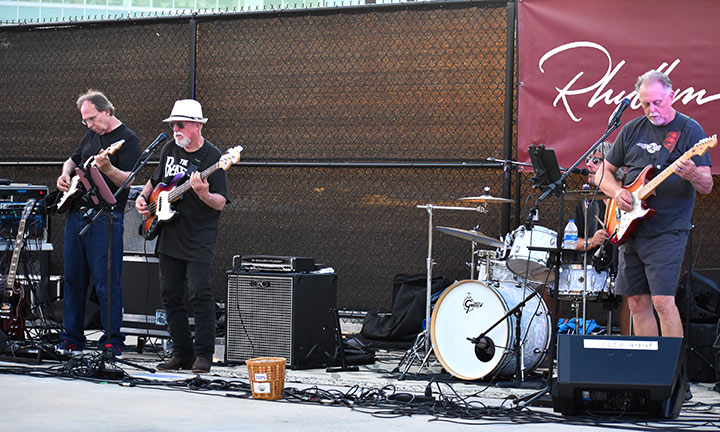 The Columbia Fireflies hosted a band behind the center field wall at Segra Park on Sept. 8, 2022. (Photo by Jack Veltri)