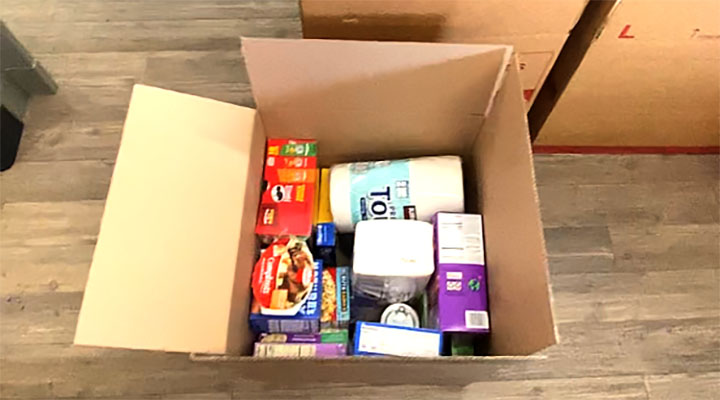 A handful of Columbia nonprofits still are supporting areas affected by Hurricane Ian.

Hurricane Ian made landfall in South Florida on Sept. 28 as a Category 4 storm and worked its way up the East Coast. More than 20 days later, many areas — most in South Florida — continue to deal with widespread destruction in the storm’s wake.

By the time it hit South Carolina, the hurricane had calmed to a Category 1 storm, limiting damages to the area. So the Midlands community has turned its focus to providing aid to the more-affected areas.

The South Carolina Red Cross is sending volunteers to affected areas and calling on people across the state to help finance that.

Here’s what a couple of other organizations are doing:

“We were anticipating filling like one, maybe two boxes, but we ended up filling six of the extra large boxes you can get at Staples,” Torbert said.

“We were just very overwhelmed with not just the response within our organization, but just the USC community,” Torbert said.

CALLING ALL FIRST RESPONDERS: PETSINC WILL BOARD YOUR PETS

PETSinc offered to board pets for first responders heading to high-impact areas. PETSinc is a no-kill pet rescue center, focusing on pet adoption and rehabilitation, in West Columbia.

The organization posted a flyer to social media that said, “Hurricane Ian First Responders: We have boarding space available and will love on your fur baby while you are serving to help communities and victims of the hurricane.”

The nonprofit’s media director, Kathy Morrison, said the group always tries to help out during and after a major hurricane.

The nonprofit usually shelters 75 to 100 animals but can see a large influx during natural disasters. Morrison said the best way for the public to help is through donations. 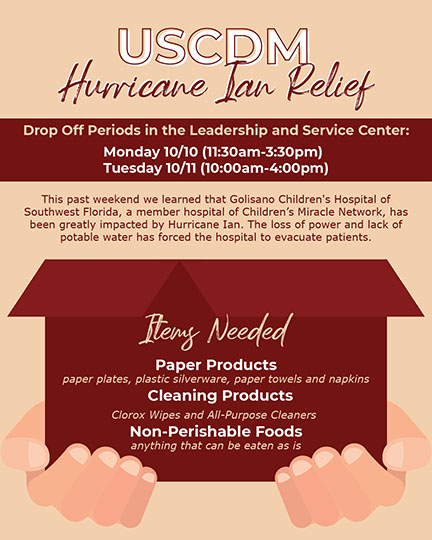 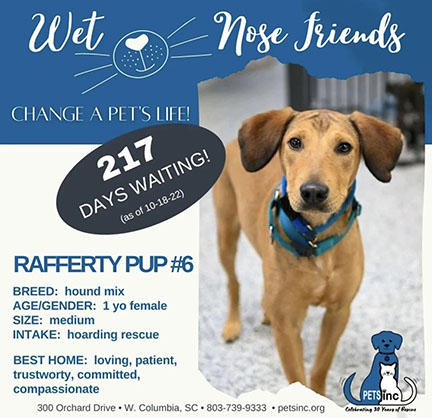 You can search #WetNoseFriends on PETSinc’s social media channels to browse pets that are eligible for adoption. As of Oct. 18, this dog had been in the shelter for 217 days. (Graphic courtesy of PETSinc)