I-20 construction will take longer than expected 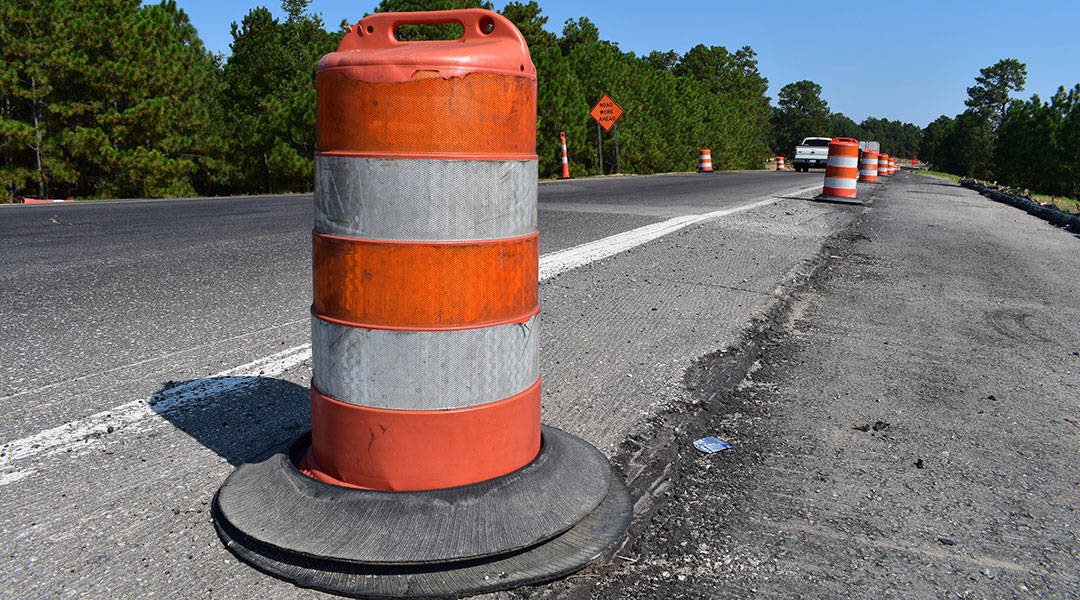 Drivers merging onto Interstate 20 between the Longs Pond Road exit and the 378 exit will encounter traffic cones, uneven roads, and jersey barriers due to the ongoing construction on the 11-mile section of the busy highway.

Richard Speers was heading to his job at Lexington Medical Center this spring, heading east on interstate 20 early in the morning. He was entering a construction zone with bumper-to-bumper traffic, something that I-20 drivers have become very familiar with over the last few years. Speers applied his brakes, but the driver behind him didn’t.

“The car behind me rammed into the back of my vehicle going around 30 mph,” Speers said. “I couldn’t swerve off to the shoulder or to the inside because the interstate was under construction.”

Speers said he had time to get out of the way, but there was no where to go.

“I think I could’ve avoided the collision if there was not construction on the interstate. This interstate is causing a huge hindrance on not only my daily commute, but everyone else that drives on this interstate.”

If you’ve driven on I-20 in the last few years, you likely understand stories like this all too well and have been dealing with similar problems yourself.

The project began in the Spring of 2016. The goal is to expand the interstate from four lanes to six going both ways as well as rebuild two bridges that are located in the construction zone. It stretches from the 378 exit to the Longs Pond Road exit, totaling about 11 miles of construction zone.

The anticipated contract completion date is Oct. 21 of this year, according to an interactive map on the SCDOT website. However, with that date fast approaching in less than three weeks, there is still plenty of work to be done.

“We will not meet that deadline,” said John Burns, the resident construction engineer for this project. “It is behind schedule.”

Due to some technical difficulties, the DOT is unable to change the date on the interactive map.

Burns is aware that the public has become impatient with the construction and knows people are wondering when it will be over. He now expects the project to be completed in the Summer of 2021. With the completion date being pushed back another year and a half, the public is wondering what is taking so long.

“What is the real holdup on this project and why isn’t there more manpower out there?” Speers asked.

“Right out of the gate we hit a bunch of delays,” said Burns. “The first delay was due to traffic analysis, which was miscalculated. Which pretty much means they designed a traffic plan that in reality wouldn’t work. That actually set them back three months right out the gate.”

The biggest delay was due to “geotechnical substructure failure.” Part of the construction plan was to move traffic to the outside shoulder in order to provide more room to work on the inside. However, when the outside soil was tested to see if it could hold up traffic, the results were not ideal.

“They did their research (on the soil), came up with a plan, reconstructed the shoulders and it failed,” said Burns. “That was our biggest delay. We lost about a year right there.”

Banks says all of these delays were not expected when construction began.

“That stretch of interstate out there is really curvy and hilly. It probably doesn’t meet highway standards ten years ago,” Burns said. “There’s been a whole bunch of challenges in order to reconfigure the new road to meet the federal highway standards, and some of those were just some design overlooks in the scheme of an 11-mile interstate widening project that ended up making very large impacts.”

While construction has taken longer than anticipated, Burn’s did note some positives going forward.

“The contractor has supplemented the job with new project management and has also brought on additional labor to accelerate the project. That is awesome. Now we’ve got extra manpower to speed this project back up.”

Drivers are advised to continue to drive at the posted work-zone speed limits and be watchful of the construction taking place day and night. 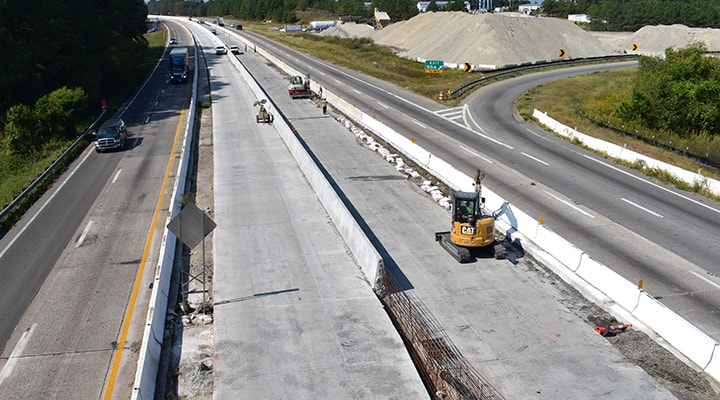 The project, expected to end in Summer 2021, is adding a new lane to both sides of I-20 in hopes of making the interstate more safe and less congested in the future. 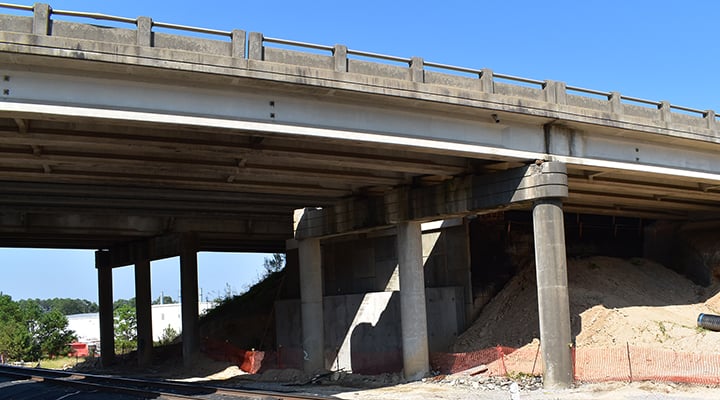 Along with widening the lanes, the project is also replacing two bridges located within the 11-mile construction zone. 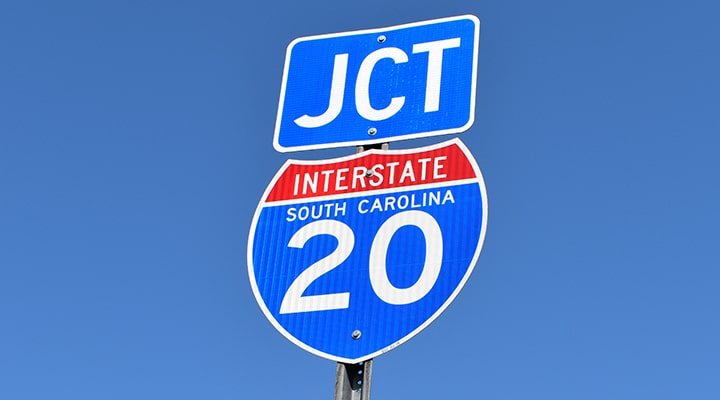 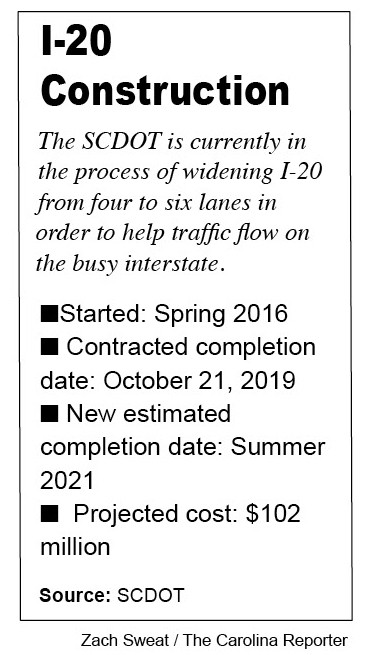