In Orangeburg, a fall tradition comes to a halt 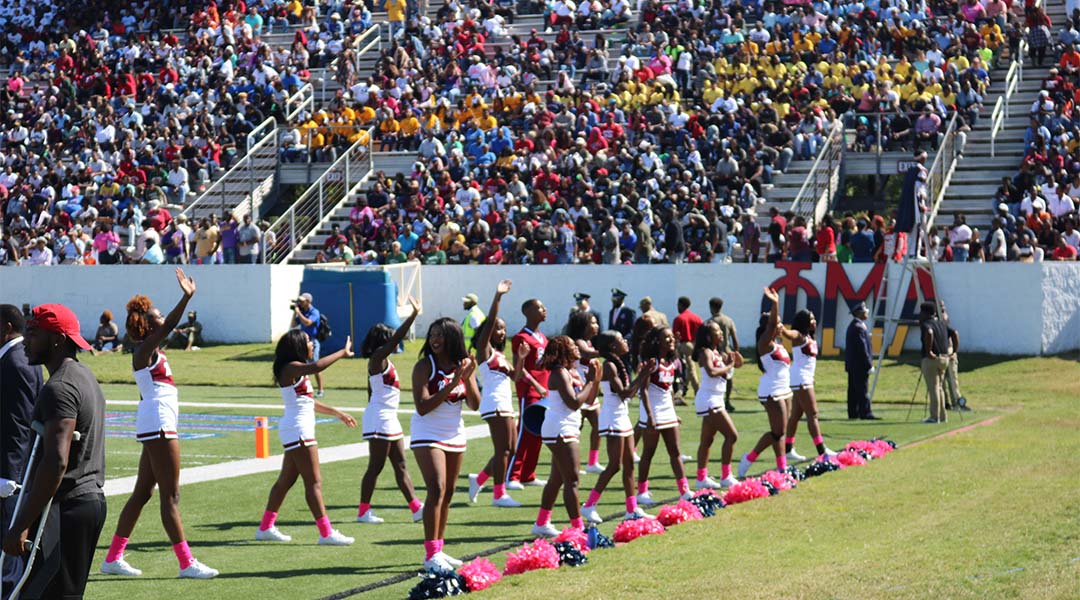 On a warm and sunny Saturday in October this is what fans expect to see at South Carolina State University Homecoming. This year, because of COVID-19, the stands are empty.

ORANGEBURG, S.C. – Normally October is an exciting month for this community of 15,000 and South Carolina State University because of one major word — Homecoming.

In years past, the weekend was filled with loud cheers, bands playing, the smell of great food and the biggest attraction of them all — classmates, family and friends getting back together to reminisce about old times.

This won’t be happening this year due to the COVID-19 pandemic, which has caused a mass ripple effect in the Orangeburg community and at the university as well.

“It’s actually affected us in a whole lot of ways. I’ve seen some gathering of things that people are trying to support each other, just trying to get by, trying to put their best foot forward,” Oliver “Buddy” Pough, S.C. State’s renowned head coach, said.

Homecoming has a different meaning for everyone. Some have found the meaning of homecoming in the rekindling of old flames, new engagements, and the chance to re-establish friendships and relationships.

Gloria Ziegler, a Houston resident who is a two-time alumna from the university, is very saddened about not having a homecoming. She has flown from Texas to attend seven homecoming weekends.

“I’m literally heartbroken and it definitely feels unfair that my husband and children won’t be able to experience this tradition with me,” Ziegler, high school guidance counselor in Houston, said. “It also was a day that I could catch up with my classmates, friends and even some family that I normally don’t get to see unless I come down for homecoming.

“I am hoping that next year will be totally different. I’m hoping that I can once again be reunited with my loved ones again.”

S.C. State was scheduled to play Bethune-Cookman on Oct. 24 for homecoming this year. North Carolina A&T, the Bulldogs chief rival, was set to host S.C. State for its homecoming on Oct. 31.

With no football season, Pough, his coaching staff and players are trying their best to stay optimistic and look toward next year’s Saturday tradition for the community.

Student-athletes are feeling the hurt as well. Normally they are used to waking up on a Saturday morning, loud fans cheering them on and the coaching staff giving them pep talks about how the team should run the plays.

Now the athletes are just hoping to play a season before you graduate.

“It really affects the whole sports field because we are so used to playing football, like it’s all we know,” Morris said. “We are a time schedule, doing this and doing that, so taking that away from us is kind of tough. If you never did nothing but football then it’s going to be a mental problem for you.”

Pough many churches in Orangeburg support the football program by providing fellowship to the players and prayer for the team. This year, many churches are holding online services rather than meeting in person.

“We can’t get together; that’s one of the strange occurrences of this pandemic,” Pough said. “Normally when we have tough times the first thing you wanna do is pull together and try to support one another.”

Pough said there have been talks about a football season in spring 2021 but it is unlikely S.C. State could play all the teams the Bulldogs normally face.

There is no question that this city is feeling the effects of over 100 years of tradition canceled because of COVID-19, leaving fans and supporters of the university without any spirit.

Shavon Summers, an Orangeburg native and a two-time alumna of the university, spoke of the loss on her Snapchat story and what she thinks it means to the larger Black community.

“Without this annual event, a celebration of black history is being voided during a time when we continue to fight against racial injustice.” 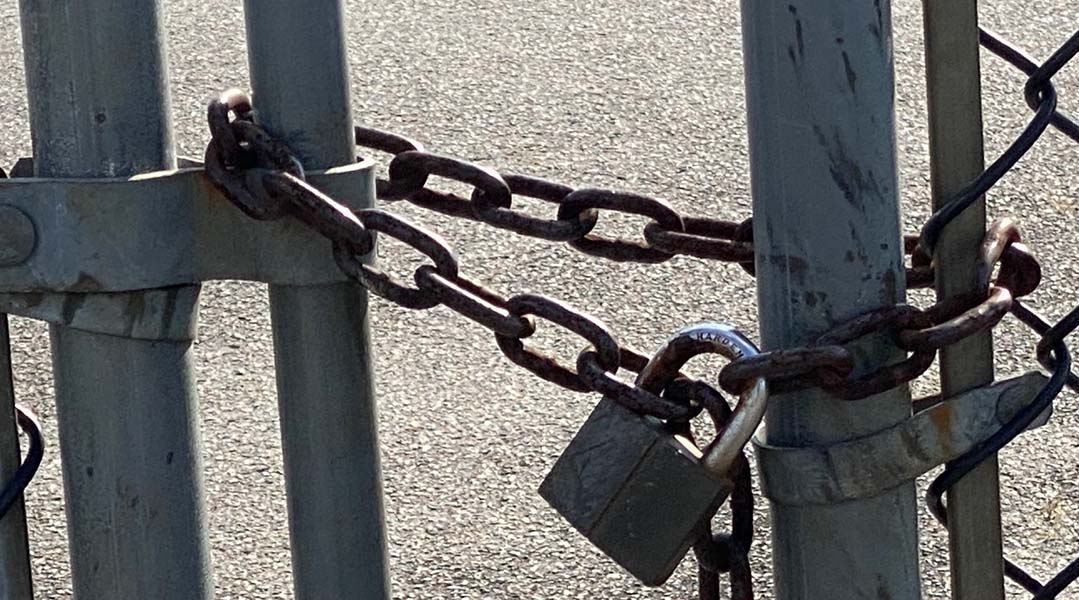 This is what fans and athletes see if they walk past Oliver C. Dawson Stadium at South Carolina State University. 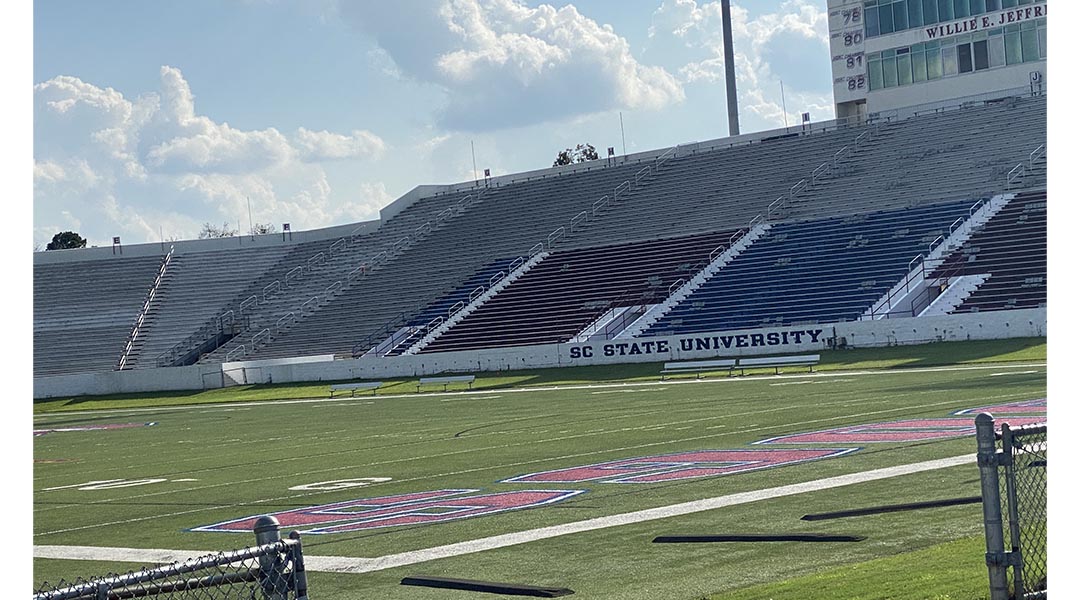 Fans are normally yelling and screaming in the stands at South Carolina State University. Now it’s empty, like the hearts of so many who are missing the Homecoming tradition. 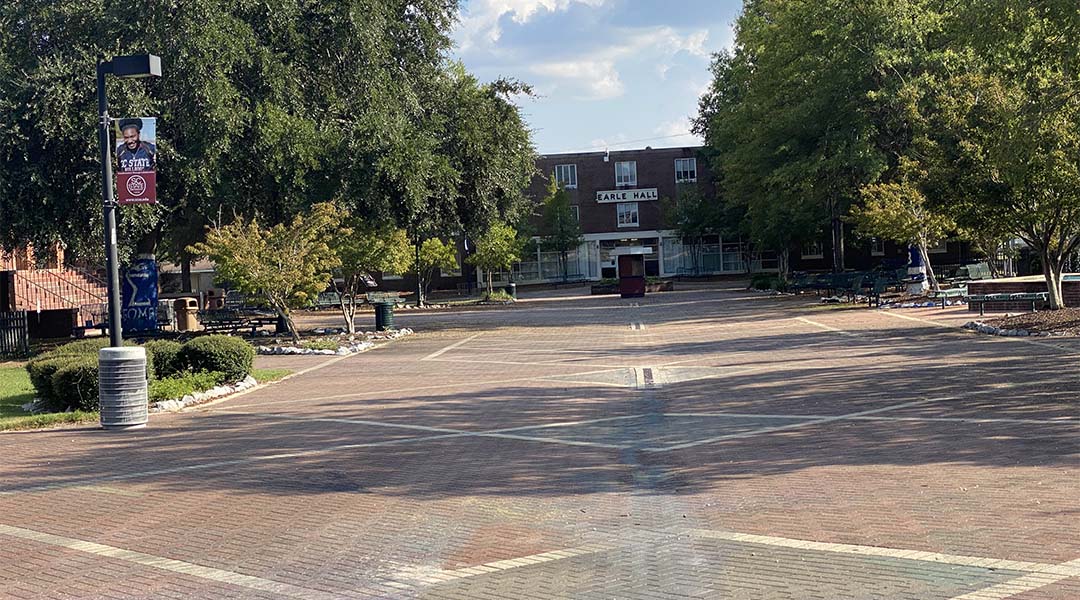 On a Friday afternoon and Saturday before Homecoming, this is the spot where alumni meet to reminisce about their college experiences. 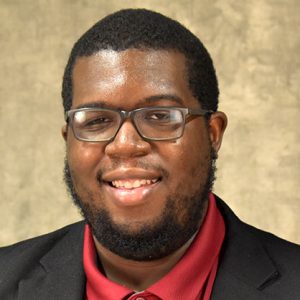 Dennis Brothers is a graduate broadcast journalism student from St. Matthews, South Carolina. In the past year Brothers was afforded the chance to work with his undergraduate alma mater, South Carolina State University, in the athletics sports information department. Brothers got a chance to go deeper into sports especially college football. Brothers is passionate about breaking news, college football and also entertainment. Beyond being a senior semester student , Brothers enjoy catching up with friends and family , relaxing or watching new television shows.