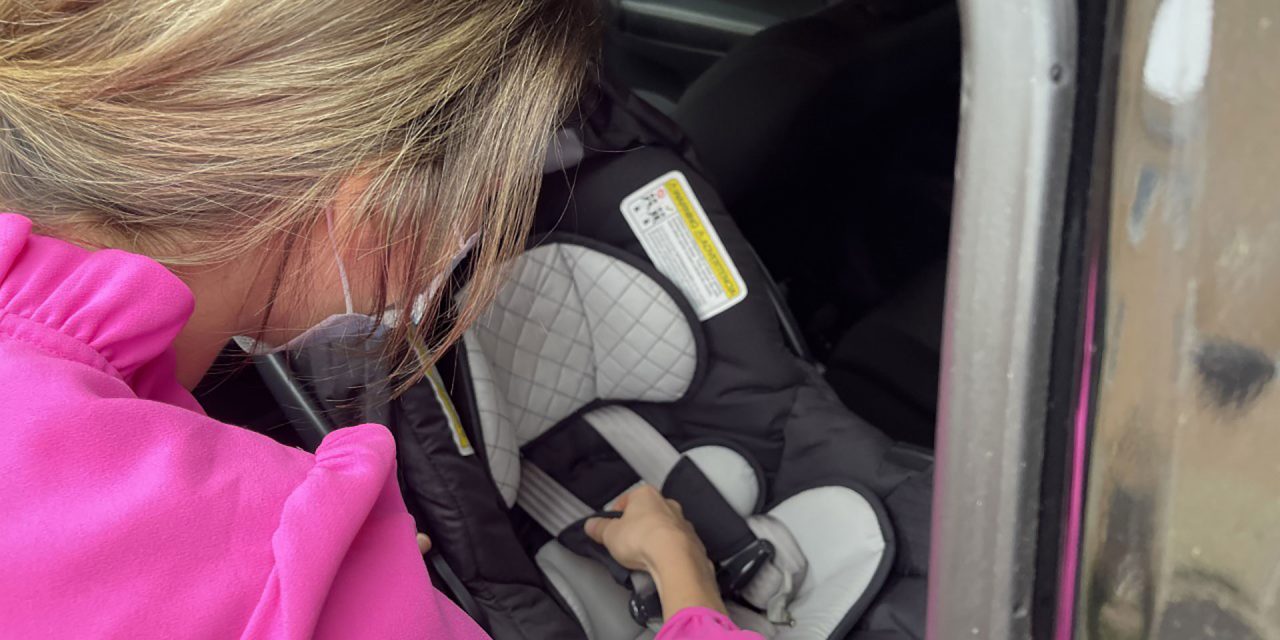 Rachel Rolli, mother of a four-month-old boy, ensures her child’s car seat is safely buckled in. Photo by Michaela Catoe

It’s not for her own entertainment, but for the safety of her two young boys in the back seat.

She’s protecting them from the possibility of vehicular heatstroke, something that has already taken the lives of three children in South Carolina in 2021, including twin toddlers who died Sept. 1 after spending hours in a hot car outside of a Blythewood day care.

This is an increase from 2020, during which the state had no child deaths from vehicular heatstroke. In the U.S., 21 children have died from this same incident so far this year, according to noheatstroke.org.

Ruffin avoids doing anything that might distract her from her children, ages 4 and 7, while driving. In addition to children’s music, which is an audio reminder that the children are in the car, even if they are fast asleep, the 39-year-old uses visual cues to ensure their safety.

“I try to be a creature of habit, so I always leave their bags in the front seat. I would not physically take that bag until I’d gotten that child out first,” Ruffin said.

David Jones, an SCHP community relations officer and master trooper, said SCHP and DHEC will host informational events with the National Highway Traffic Safety Administration as a part of Child Passenger Safety Week. There will be one held in Blythewood at the Department of Public Safety headquarters at 10311 Wilson Boulevard, 9-11 a.m. on Sept. 24 and another held at the Lexington Icehouse Amphitheater at 107 W Main Street, 9 a.m.-1 p.m. on Sept. 25.

The events include providing car seats to those who cannot afford them, teaching caregivers how to properly install them and educating participants about how to keep their children safe.

Child Passenger Safety Week comes as the Richland County Sheriff’s Department concluded their investigation into the deaths of identical twin boys in Blythewood.

On Sept. 1 around 5:30 p.m., 20-month-olds Brayden and Brycen McDaniel were found in rear-facing car seats in the back of their parent’s SUV outside Sunshine House Early Learning Academy, the boys’ daycare.  They were believed to have been in the car for over nine hours.

“As a parent I can tell you, it’s a tragedy, and one time is too many, but yet we see it every year around the nation,” Jones said.

“The temperature inside of a car can rise 19 degrees in 10 minutes. So, it doesn’t take very long in order for something bad to happen,” Herring said.

Herring said parents and guardians should have a plan to ensure they’ve dropped their child off at day care.

Consistent communication between a child’s caregiver and their daycare can ensure that a child is always accounted for. Herring suggests keeping important items in the backseat with the child or reminders in the front seat, like Ruffin’s bags, to prevent a child from being left behind.

“These incidents happen to everybody,” Herring said. “They happen to people from all walks of life. It’s something that these people never thought would happen to them, either.”

Another aspect of child vehicle safety Herring stresses is bystander intervention. Under South Carolina law  an individual is not liable for property damage to a vehicle if they have “reasonable good faith belief” that a minor or vulnerable adult is in immediate danger.

Ruffin said she is not perfect, but the strategies she uses have helped her avoid any close calls and be present with her children during their morning drives.

“I’m a working mom and that time with them is precious, even the morning conversation time,” Ruffin said. “I try to make sure that I’m focused on them.” 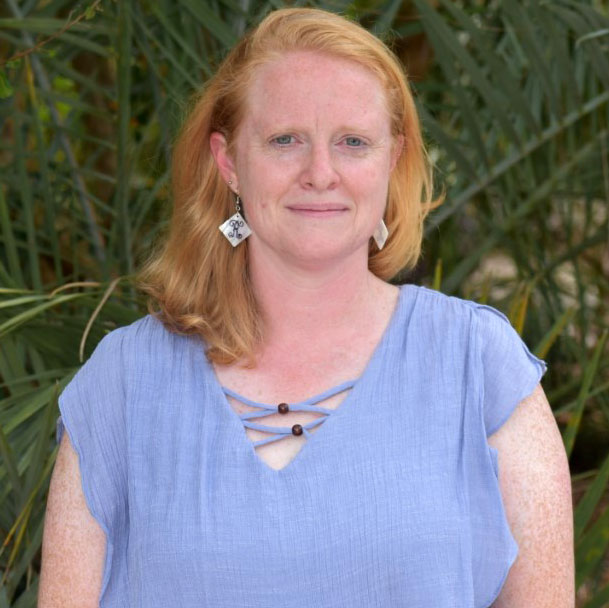 Alma Ruffin, a 39-year-old mother of two boys, ages four and seven, uses visual and audible cues, such as playing children’s music, to remember when her kids are in the car. Photo by Emma Dooling 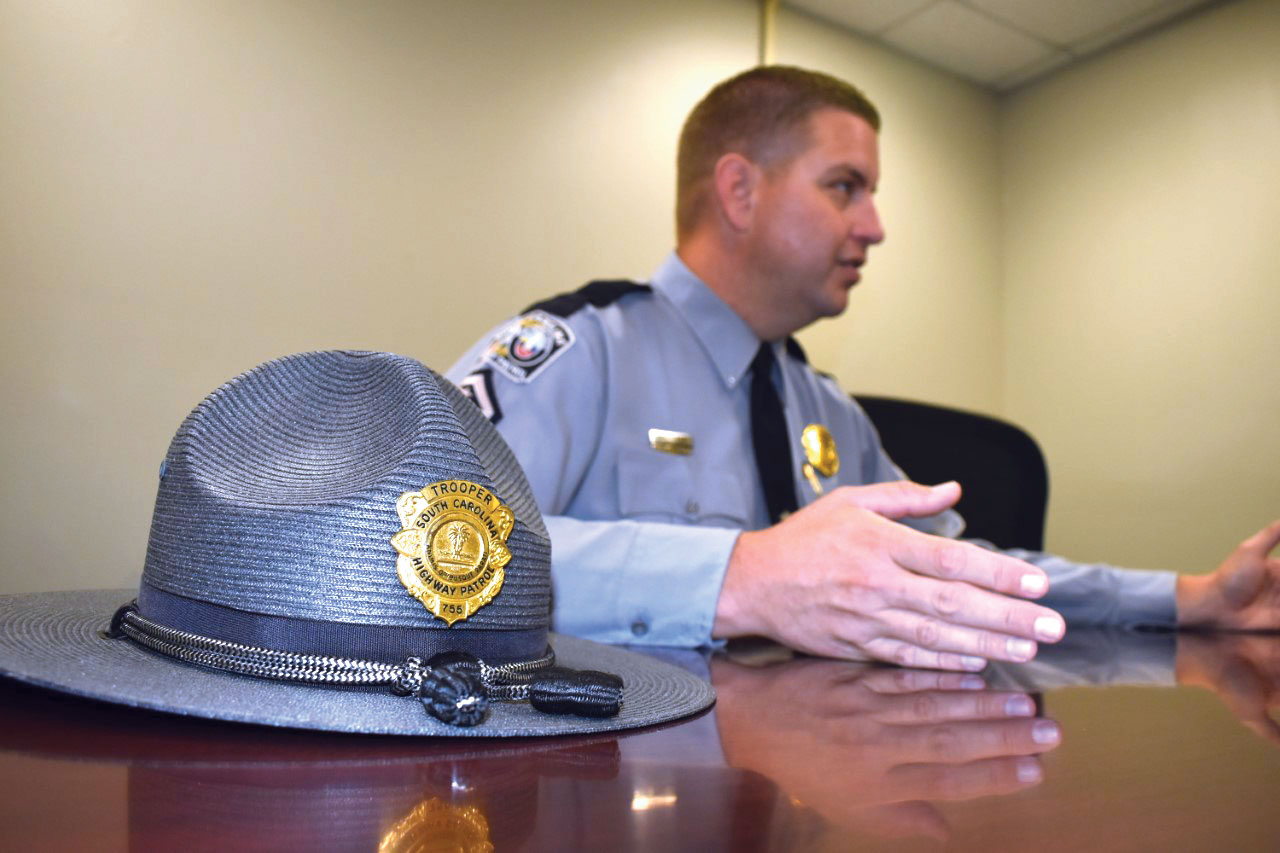 Master Trooper David Jones will participate in Child Passenger Safety Week, happening Sept. 19-25. The week will include an informational event from 9 to 11 a.m. on Sept. 24 at the Blythewood Department of Public Safety and a car seat demonstration event from 9 a.m. to 1 p.m. at the Lexington Icehouse Amphitheater. Photo by Emma Dooling