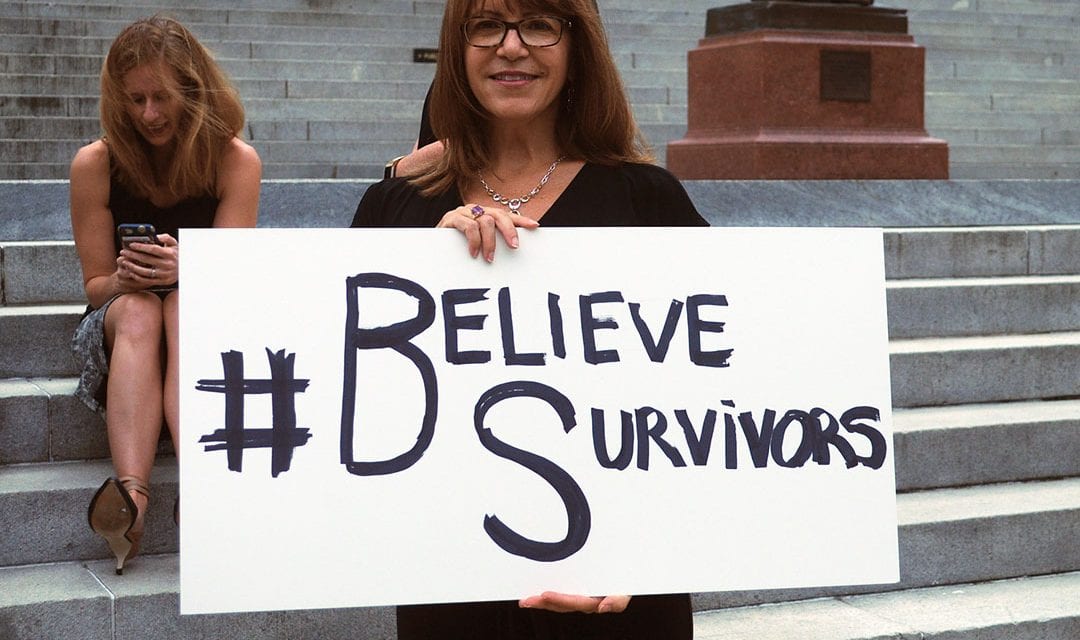 Fifteen women and one man, mostly dressed in black, came to the Statehouse Monday as part of a national walkout to show support for Christine Blasey Ford, the California professor who has accused Supreme Court nominee Brett Kavanaugh of sexual assault.

They were part of a national call to action to raise awareness of the explosive allegation that surfaced two weeks ago when Ford decided to go public with the charge.

“I think a lot of students and a lot of people on their lunch hour will walk by here today, and they’re looking at the signs and they see there are a lot of people willing to walk away from their jobs or their homes and come out and stand up for a woman that needs to be heard,” said Leisha Heathcote-Easterguard. She walked out of her job at a nearby office on State Street.

Heathcote-Easterguard remembers the Anita Hill hearings during the 1991 confirmation of Supreme Court Justice Clarence Thomas. She believes the hearings were a travesty and doesn’t want to see that spectacle happen again.

“We’re finally coming to a time in this country, the #MeToo movement, we’re not putting up with this anymore,” she said. “This man, these allegations, should be investigated by the FBI and then let the chips fall where they may.”

Kavanaugh was on the fast track to being confirmed to the Supreme Court after nomination by President Trump to be the 114th justice to the nation’s high court, when the allegation of sexual assault surfaced two weeks ago. Trump has stood by Kavanaugh even after a second accuser came forward Sunday stating that Kavanaugh sexually assaulted her during their freshman year at Yale.

Eme Crawford, a spokeswoman for the South Carolina-based Women’s Rights and Empowerment Network, encouraged participants to not only walk out in solidarity, but also take a picture with the hashtag #believesurvivors and send that information to their elected officials, specifically senators.

“People are getting a sense of where their senators stand on certain things,” she said. “In terms of Supreme Court justices and so, who we put there matters. People have a much stronger sense of their voice and why their votes matter.”

Kavanaugh is an attorney and jurist who currently serves on the United States Court of Appeals for the District of Columbia. He attended Georgetown Preparatory School and earned undergraduate and law degrees from Yale University.

After graduating from Yale, Kavanaugh entered into the 1993 Supreme Court term as a clerk for Justice Anthony M. Kennedy, whom he would succeed if elected to the nation’s high court.

After his nomination in early July, Kavanaugh was considered a shoo-in for confirmation. But his swift path to confirmation was derailed by Ford, who has accused a teenage Kavanaugh of assaulting her at a party in the early 1980s. He has categorically denied the accusation and the accusation that surfaced Sunday.

Ford and Kavanaugh are expected to testify before the Senate Judiciary Committee on Thursday. 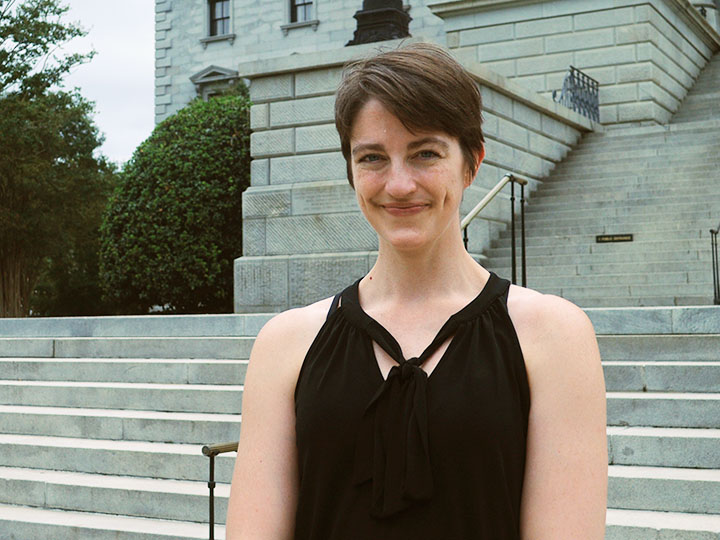 Eme Crawford, a spokeswoman for the Women’s Rights and Empowerment Network, said that after the events of the Kavanaugh hearing, “people have a much stronger sense of their voice and why their vote matters.” Crawford encouraged rally participants to take photos and voice their opinions to their senator. 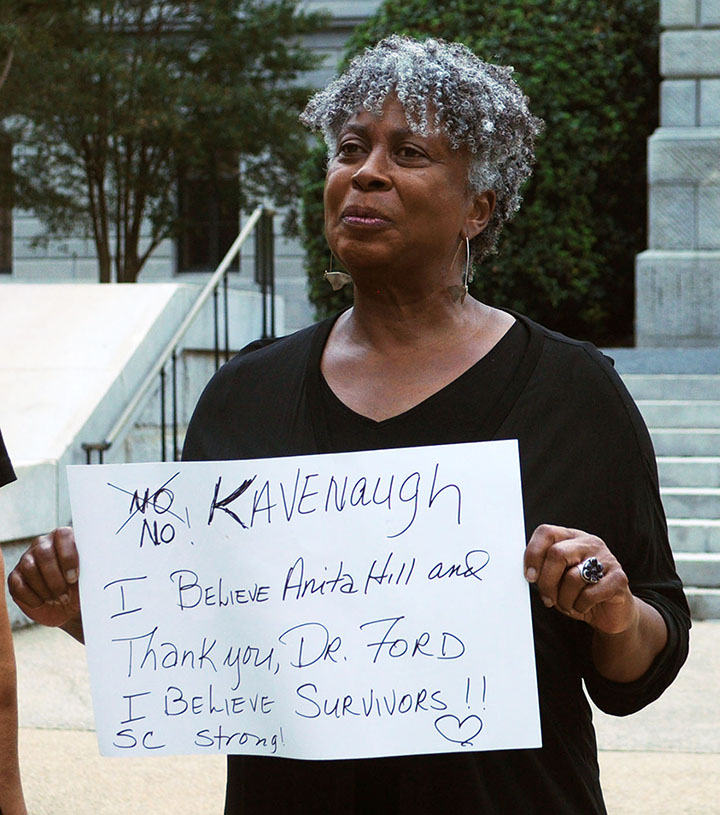 Delores Logan was the first person to show up at the Statehouse for the national walkout in solidarity for Christine Blasey Ford, who accused Supreme Court nominee Brett Kavanaugh last week of sexual assault. Logan is an active civil and women’s rights activist from Columbia. 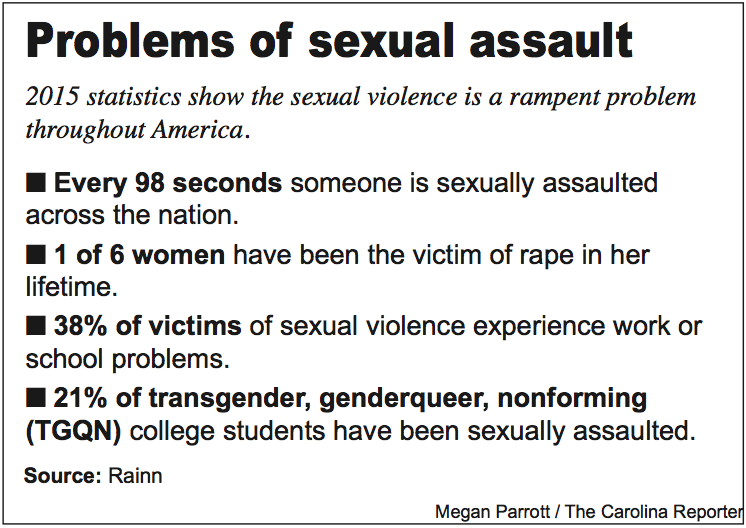