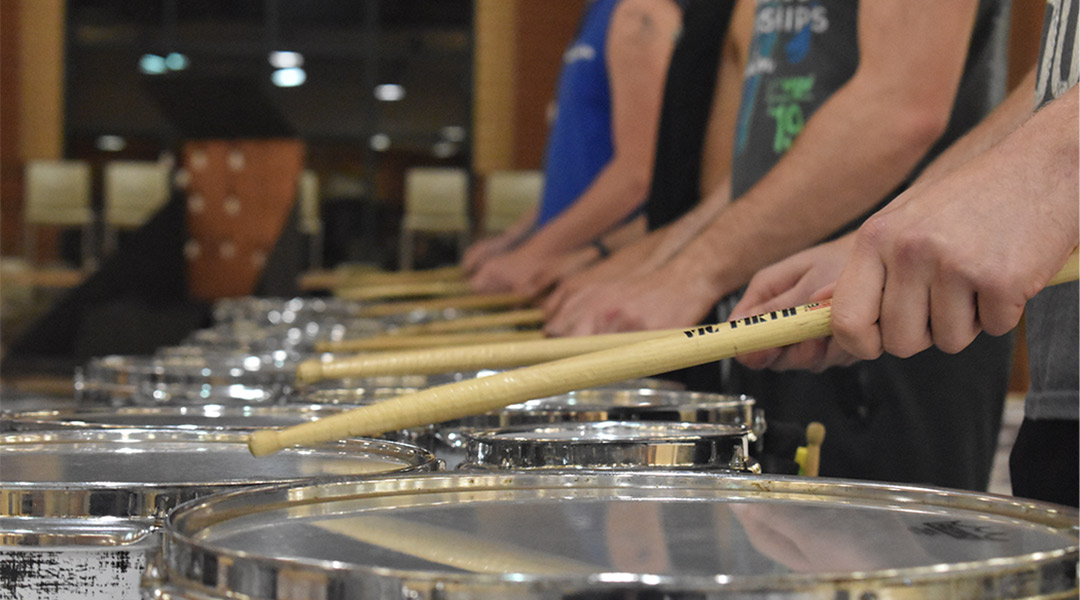 Many young people travel from all over the Carolinas to participate in indoor percussion with Civitas Independent. Photos by Abigail Brandon

Nathan Gant has been playing percussion since the 6th grade and now hones his skills by participating in indoor percussion, a competitive musical competition group that draws thousands of players all over the country.

“This is the only thing in my life I’ve been genuinely passionate about. Once I started doing marching band I knew that was the only thing I was genuinely interested in and had a love for it,” Gant, 18, of Rock Hill, said as he played with the group known as Civitas Independent, a indoor percussion ensemble composed of high school and college students and young adults.

Civitas Independent isn’t affiliated with any school. It was founded nine years ago by director Brian Turner. The group competes as an ensemble who audition for their positions in the ensemble.

Civitas Independent is part of CWEA, Carolina Winter Ensemble Association, and WGI, Winter Guard International, which organize competitions such as the one held at Rock Hill High School April 2 that drew about 28 other percussion ensembles.

Nathan Trent is a high school biology teacher from North Carolina who travels to Columbia every weekend to teach bass drums for Civitas.

“I left work teaching and came here to teach, which sounds kinda crazy. This doesn’t even feel like a job to me because I love it so much,” he said.

There is some debate over whether marching band and indoor percussion are sports. But those who participate say the intensive workouts are definitely athletic.

“Marching band is really physical,” Turner said, “there was a study done a while ago that showed that marching band kids work just as hard as football players.”

“I would say no,” said Dane Anderson, a front ensemble member with Civitas Independent. “It just doesn’t have the same feel as a sport in my opinion. I think I agree that [it is physical and competitive], but even though you’re competitive your main goal is just putting on a good show for the audience.”

The effect is electrifying, as all 38 members of Civitas play their instruments while performing choreographic steps.

Each group has a battery, which is a group of snare, tenor, bass and cymbal players who play their instruments while performing choreography on the floor of a high school gym or other performance space.  They act, dance and play simultaneously. Cvitas’ battery is led Taylor Poole.

The front ensemble consists of xylophone, marimba, vibraphone, suspended cymbals, drum set, synth, gong, concert bass, triangle and many more instruments. They stand with their instruments on the side lines and don’t march but do participate in their own choreography.

Civitas Independent finished the competition strong with a score of 88.3 out of 100.

“This is my stress reliever. This is the outlet for me to just be myself and do what I love, which is marching band.” Zach Poston, a marimba player in the front ensemble, said. 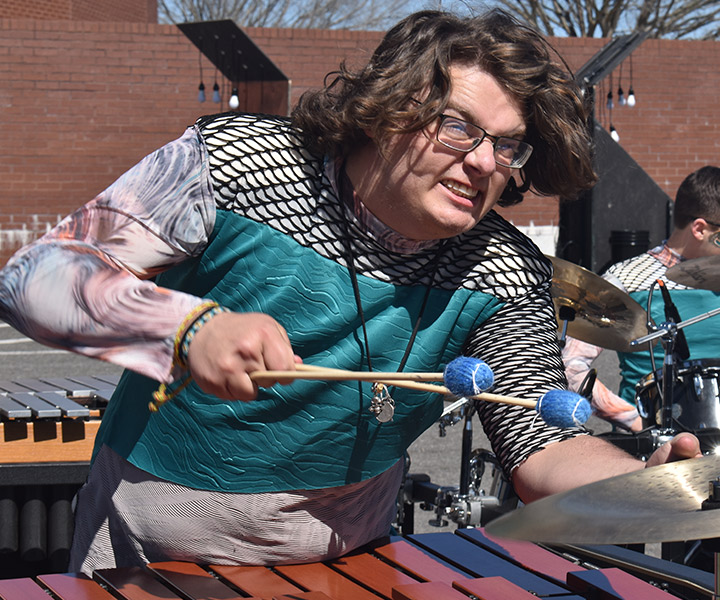 Performers often make exaggerated facial expressions to help with the interpretation of the show. 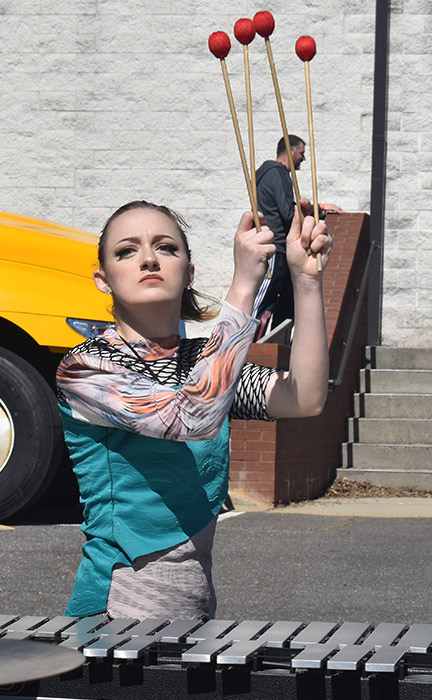 This year’s show theme for indoor percussion performances is “The Noise Within.” The meaning of the show is up for personal interpretation, but many performers said it makes a powerful statement about mental health. 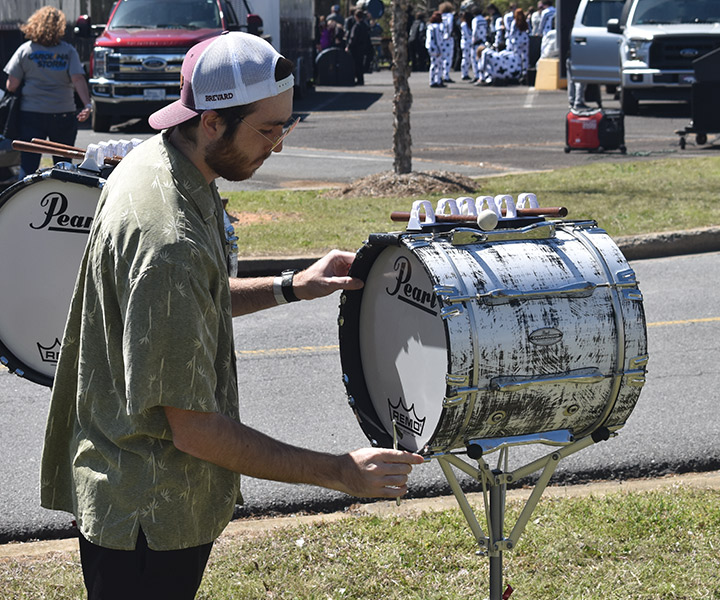 Nathan Trent is the bass drum instructor for the battery. Before the show, he correctly tuned the bass drums. 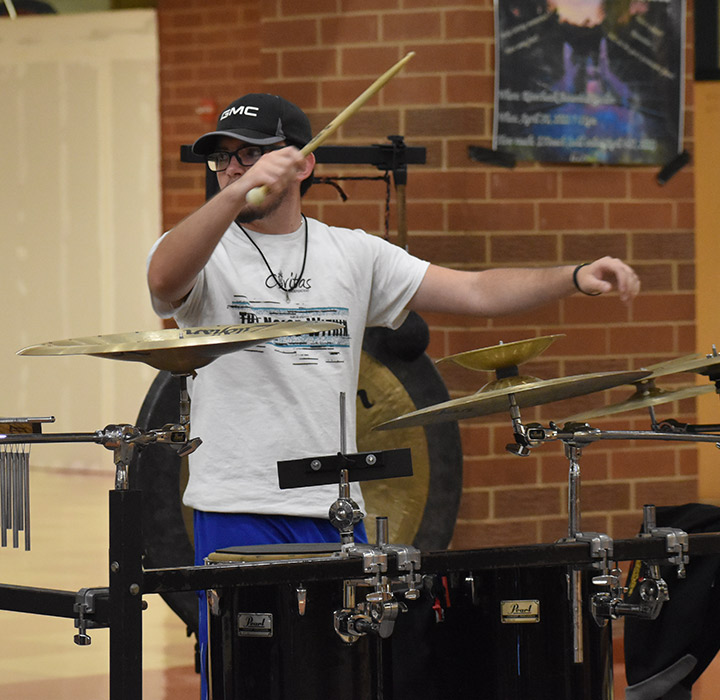 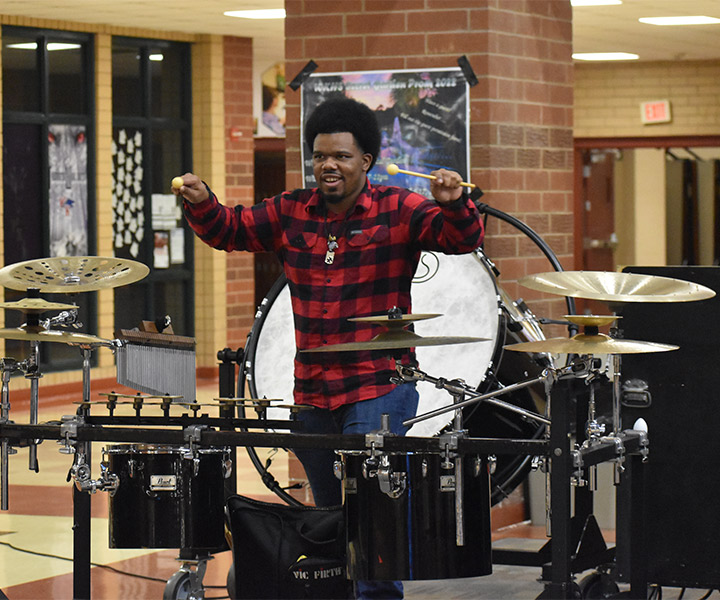 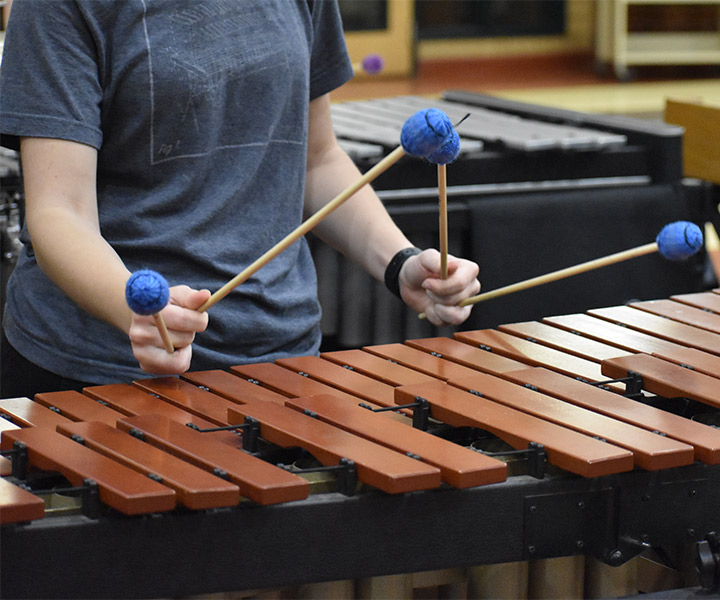