Irmo teen snaps up profits in the hair accessories business 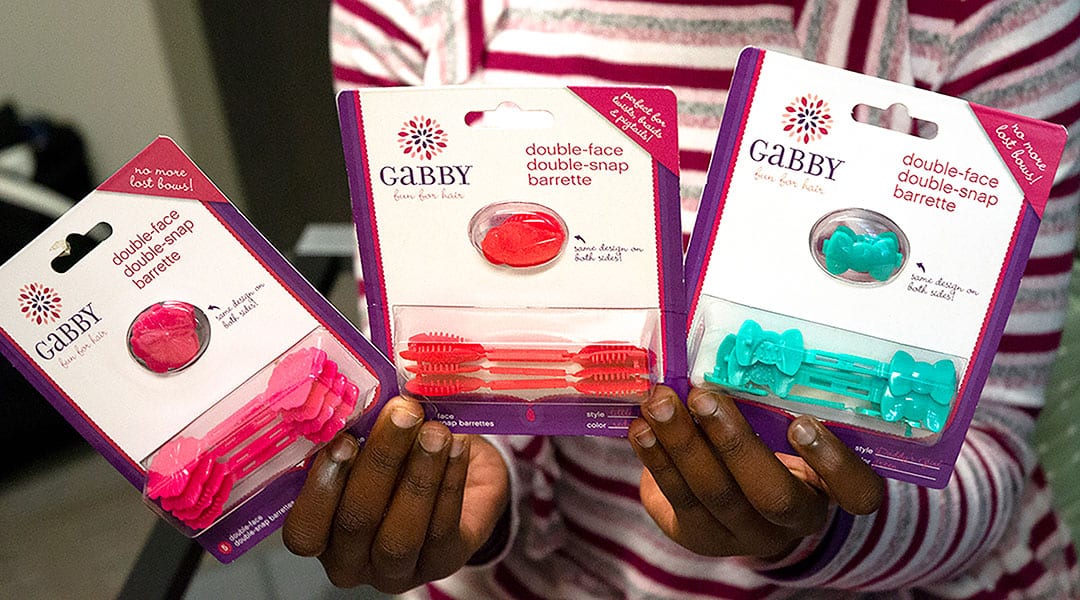 Gabrielle “Gabby” Goodwin has earned business accolades for her double-face, double-snap hair barrettes. The hair pieces are designed so that they do not fall out of the hair and always have the front showing.

At just 13 years old, Gabrielle “Gabby” Goodwin can say she has made more money than the average college graduate.

“Last year we netted six figures and I was only in the sixth grade,” Gabby, the inventor of a patented double-side, double-snap plastic hair bow, said Monday. “I think it’s cool because people will come up to me and say, ‘I couldn’t even make six figures when I was 25!’”

Gabby said she aims to earn seven figures in the seventh grade.

She and her mother, Rozalynn Goodwin, started Gabby’s brand when she was 7-years-old after she discovered a solution to a common problem that many young girls face. They raised $28,000 on Kickstarter to help fund the launch of the business.

“Any girl that has worn barrettes with one face know they fall out of the hair. They were wasting my mom’s time, money, all these different things.”

Tired of constantly replacing the costly bows, Goodwin took matters into her own hands and invented GaBBY Bows. Goodwin began the business to make sure the bow stays in, but also because it was one of her grandmother’s pet peeves.

“My grandma hated when the bows would turn around and you would see the strip and not the face. So, we created double-faced barrettes so that they would stay in and you can always see both sides.”

Though the Irmo Middle School student is making an impact in the business world — she was named the 2015 South Carolina Young Entrepreneur of the Year and the 2018 Black Enterprise Teenpreneur of the Year — said she is a student first and foremost.

“My parents have always told me that school comes first so, as soon as I get home, I start working on schoolwork. I make a list and start from the most important to the least important things,” she said.

Gabby said she tries to stay focused because she knows that there is a lot work at school and within the business. But, at the same time, she said she makes time to be a normal teenager.

In October, Gabby landed a mega-retail deal with Target which put her patented bows in 74 stores nationwide. The bows, which are in made in China, retail for $3.99 each on Target’s website.

An earlier effort to enter the retail market didn’t go as planned but the young girl took some business lessons from that failed attempt.

“After learning from that experience, we were trying to stay away from retail and focus more on online sales,” she said. “When Target came up, we had a long talk to decide if we wanted to do this or not.”

After discussing the matter with her family, they decided to sign with Target.

“We were like, why wouldn’t we want to do this, it’s such a big opportunity,” she said.

Gabby humbly remembered the moment when the deal with Target was officially finalized.

“It was pretty cool; we’ve had those type of experiences before, but we haven’t had like a big-box retail experience.”

Gabby, who has been featured in dozens of national and state media publications, said that she enjoys seeing people around the country being inspired by  her story.

“It’s cool not only to have your local fans and fans that have been with you since you were small, but also to be able to grow your fan base and sales,” she said.

Along with her best-selling bows, Gabby and her mother also started a line of hair products under Gabby’s Confidence brand and now run a business program to teach young girls how to be a “Girl Boss.” The program is called “Mommy and Me Entrepreneurship Academy.”

Subscribers are sent monthly kits so they can sell GaBBY bows and have access to daily mentoring through a private online community, monthly entrepreneurship training, branding materials and an affiliate link to gabbybows.com. When subscribers makes a sale using their link, they receive 25% of the sale.

Goodwin said that she has seen a growth in confidence in the girls enrolled in the program as they strive to become a “Girl Boss.”

“I enjoy being able to show other kids and even adults that if they can do whatever they want to if they put their minds to it, work hard and try their best.” 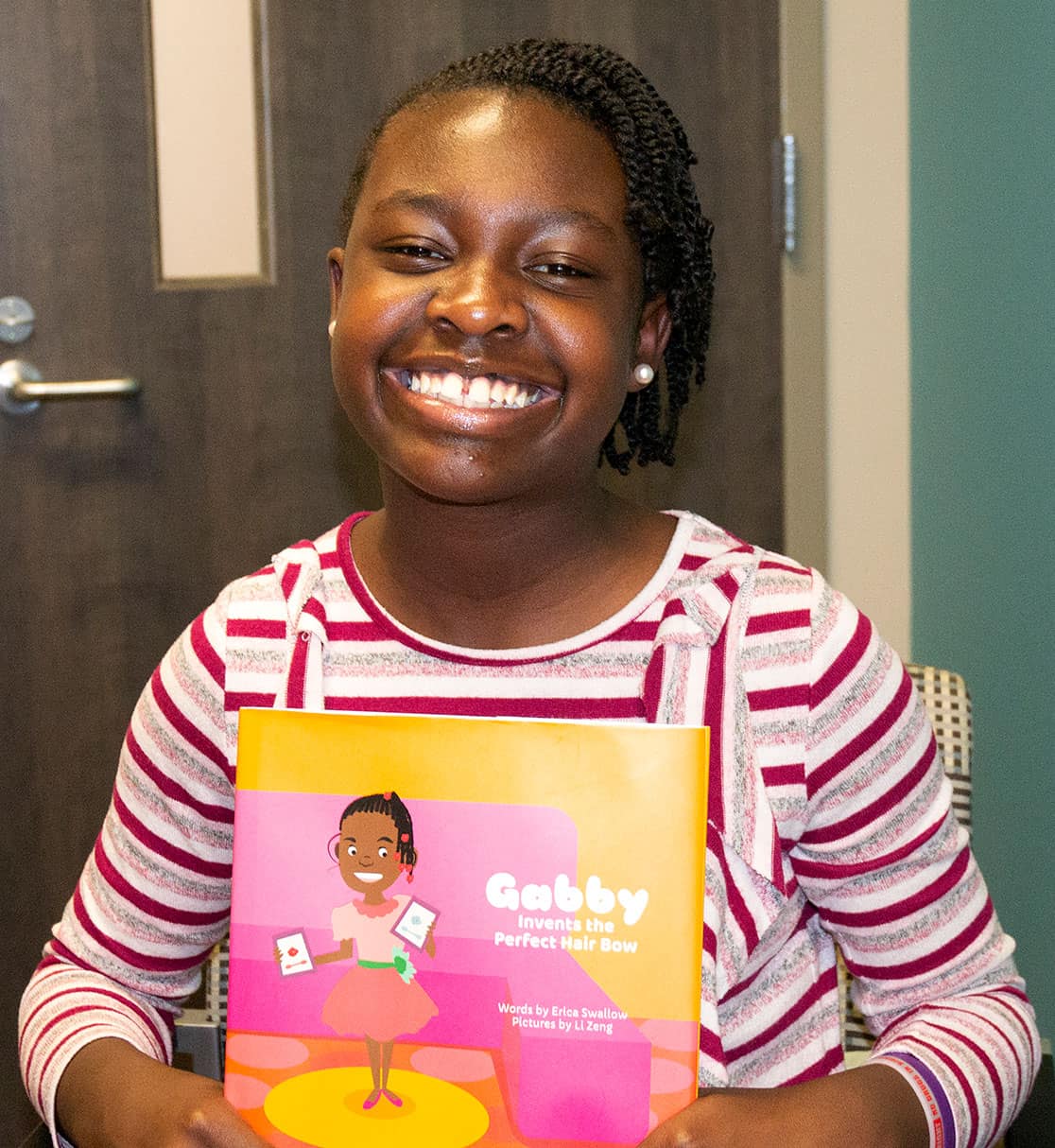 Gabby Goodwin said she made six figures in 2018 on her patented hair barrettes and is aiming to make a million this year. The products are now sold in Target. 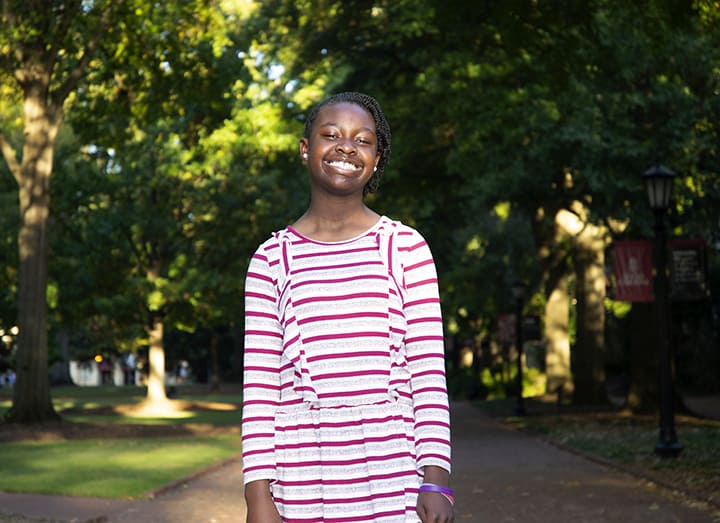 Gabby, 13, of Irmo, said her entrepreneur efforts have paid off. 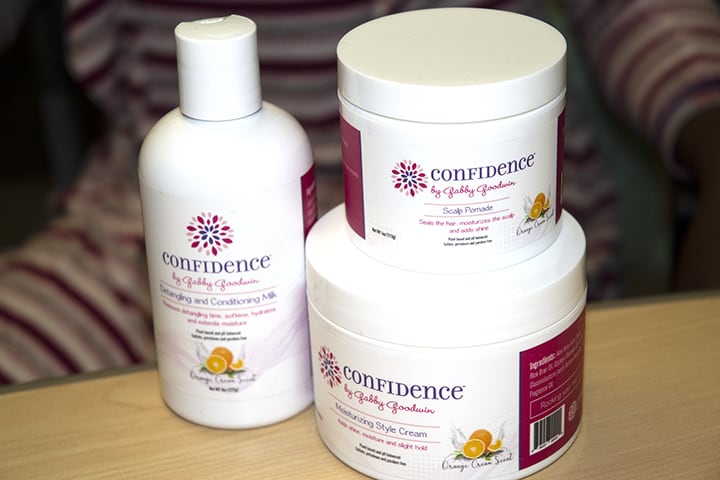 Gabby said she and her mother are releasing hair products including shampoo, conditioner and scalp pomade soon.