Kershaw brings the Battle of Camden back to the 21st century

CAMDEN, S.C. –   On August 16, 1780, Revolutionary Maj. Gen. Horatio Gates moved his men into South Carolina with the intent of forcing British Gen. Charles Lord Cornwallis to relinquish control of the colony. While the effort may have been valiant, the British army utilized modern strategies and quickly forced the American position to collapse.

More than 230 years later, re-enactors dressed as soldiers, merchants and craftsmen delivered an explosion of history with old cannons to bring the Battle of Camden back to the future. The Battle of Camden is held annually on the first weekend in November.

For Jake Rudolph, an Air Force veteran from Camden, the annual event is a family tradition.

“My first event, I was two days old, marching in a parade with my mom carrying me on her back. So, I was actually born into this hobby,” Rudolph said.

As Rudolph cleaned a relic rifle with other reenactors, he continued to recollect his journey. “My parents and grandparents started back in the Bicentennial back in 1976, So when I came along in the mid-nineties, It was just a natural progression.”

Lugoff-Elgin High School freshman Jonathan Slade played a variety of instruments for the battle, encouraged by his father to participate in the battle.

While the battle may have helped shape South Carolina’s future, 18th-century craftsmen built the structures that developed communities.

“I have a series of planes here that show you how they made and built trim, and different moldings, doors, windows, and corners for houses,” said Tom Haus, a woodworker from Camden who has attended each year since 2008.

As re-enactors marched, rode on horses and shot blanks at each other, hundreds gathered to watch.

History has a way of bringing us back year after year. 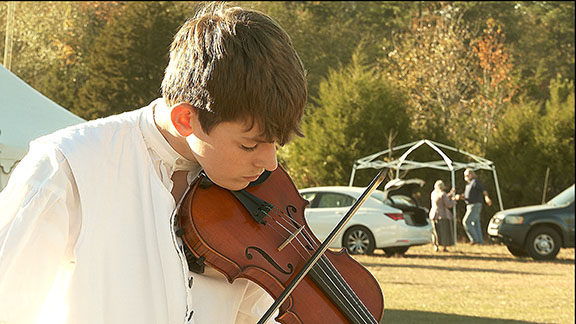 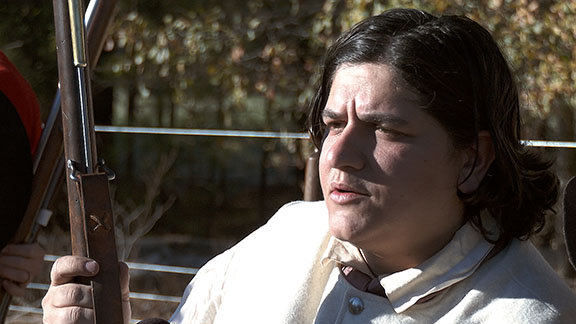 Jake Rudolph has been participating in the re-enactment since his mother brought him to one as an infant. 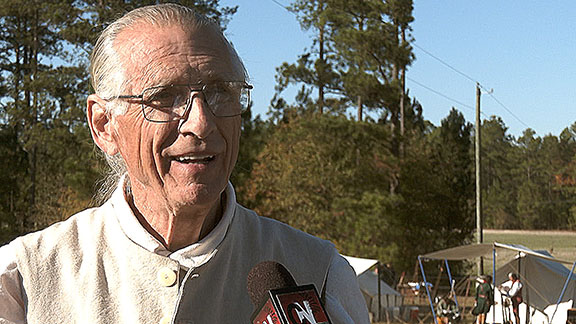 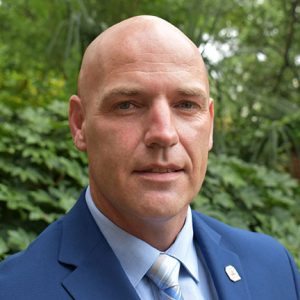 Jeremiah Weaver discovered his enthusiasm for sports broadcasting over 20 years ago while playing basketball at Hawaii Pacific University. Realizing he lacked the physical talent to pursue sports as a profession, he still possessed the passion to be involved by telling players' stories. He spent more than 21 years in the U.S. Army, Weaver was deployed eight times which included Iraq, Afghanistan, Djibouti, and Kuwait to name a few. Currently, Weaver freelance's for WACH Fox 57 high school football sports zone each Friday. He also is a co-host of UofSC's sports radio show, "The Countdown". Weaver will graduate in December of 2021.