Lack of representation is an obstacle for women in STEM 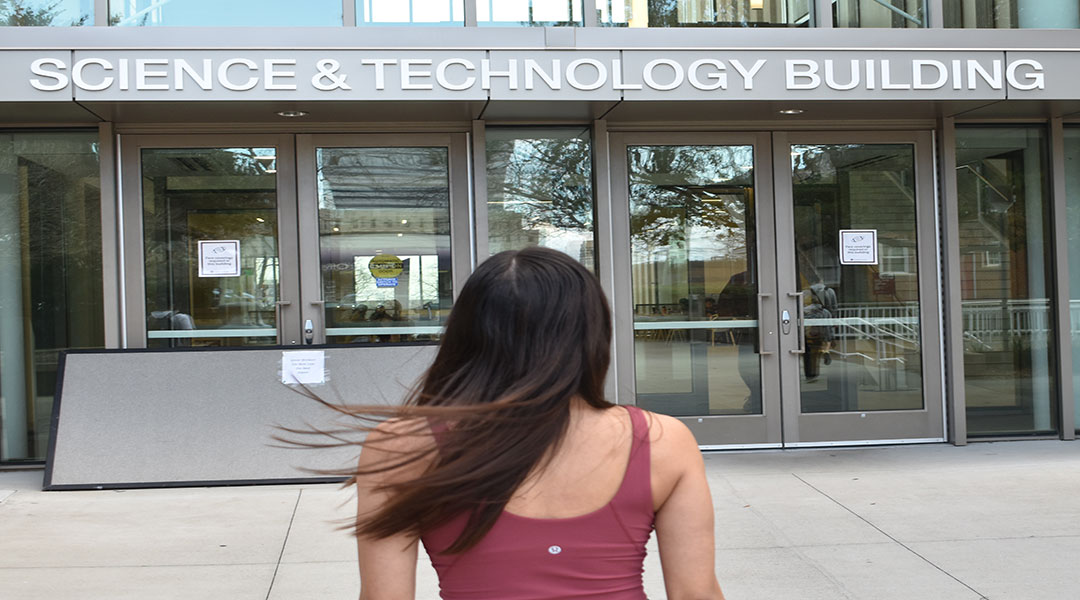 Savannah Keating, a University of South Carolina student from Greenville, South Carolina, plans to enter a science field after graduation. She takes most of her classes at the Science and Technology building at UofSC.

Second in a series on South Carolina women pursuing careers in the scientific, technological, engineering and mathematical fields.

Kennedy Doyle came to the University of South Carolina in 2020 with her mind set on pursuing a degree in engineering. But she said she soon encountered what many women with STEM careers face everyday – a male-dominated environment and a feeling of being overshadowed.

“I felt really out of place in my engineering and computer science courses being surrounded by mainly men,” said Doyle, who grew up in Philadelphia, Pennsylvania. “The curriculum was difficult to grasp too, but if I would have had more female instructors, then it would have maybe influenced my decision a little more.”

Savannah Keating, a third-year biology and anthropology student at UofSC from Greenville, South Carolina, said she doesn’t remember being encouraged by her teachers to pursue a career in science when she was a young girl. It was her mother, an immigrant from Trinidad with a degree in chemistry, who mentored and inspired her to pursue a degree in the STEM field.

“She raised me [around] science,” Keating said, “she always encouraged me and I knew I was going to do something in the STEM world.”

Keating said encouragement and exposure to STEM at a young age is key to building young girls’ confidence in their abilities to pursue a career in the field.

“In our society, people underestimate [girls’] drive and ambition and what they can take on,” Keating said. “If you encourage girls and you tell them ‘you can be whatever you want to be’ from the time they can understand that, it would result in a lot more women – and just any individual that’s underrepresented in STEM – to get into it.”

Currently, no cities in S.C. reach a high enough percentage of women in the STEM workforce to rank nationally based on a study from The Institute of Women’s Policy Research. According to the study, women accounted for just 3.5% of the state’s STEM workforce in 2013.

So why is there a lack of representation?

A study conducted by the American Association of University Women finds women are less likely to pursue STEM careers for the following reasons: gender bias against women starting in early childhood, few female role models in the field, and cultural and environmental factors.

Women in leadership roles in this industry can make a significant difference in the future success of girls who are pursuing STEM careers and can improve the efficiency, accuracy and equity of the industry, according to Portia Plante, a computer science and engineering instructor at UofSC. She received her bachelor’s degree in software engineering from the University of Waterloo in Canada and received her master’s degree in human computer interaction from the University of Washington.

She said women can bring different insights to product development and can help the field relate to a wider audience.

“We don’t have to become men,” said Plante, “women can often bring a completely different insight into product development.”

Doyle, the UofSC student who at first wanted to major in engineering, is now a third-year psychology student at UofSC where she says she feels more included and immersed in the soft-science setting.

“I’m still able to learn about what I’m interested in and take classes that pertain to engineering topics, so I think this is a better fit for me,” Doyle said.

Keating said she plans to use her role as a woman in the STEM field to help inspire other young girls to pursue their passions for science by eventually becoming a professor of anthropology and biology.

“We belong here just as much as anybody,” she said. 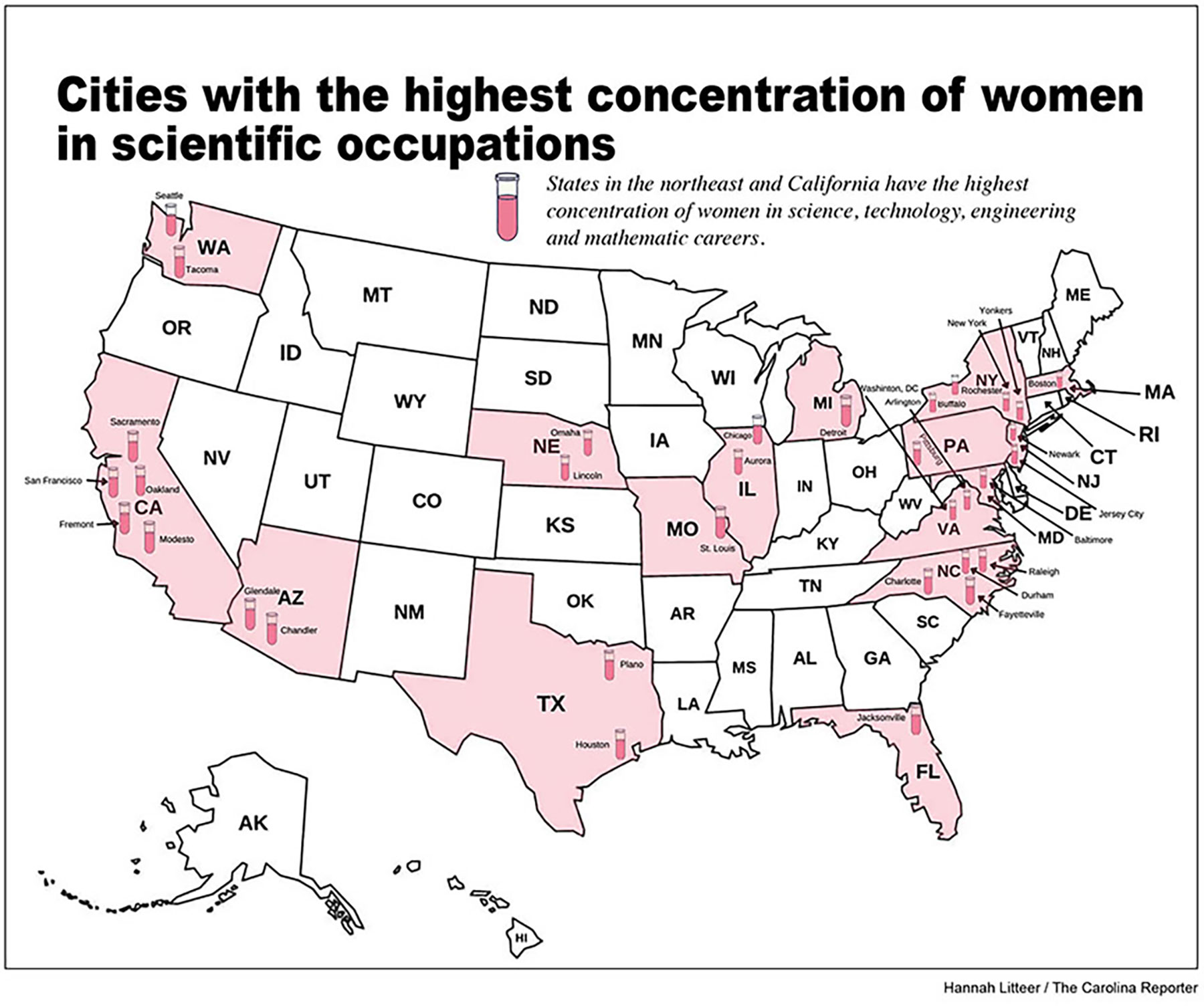 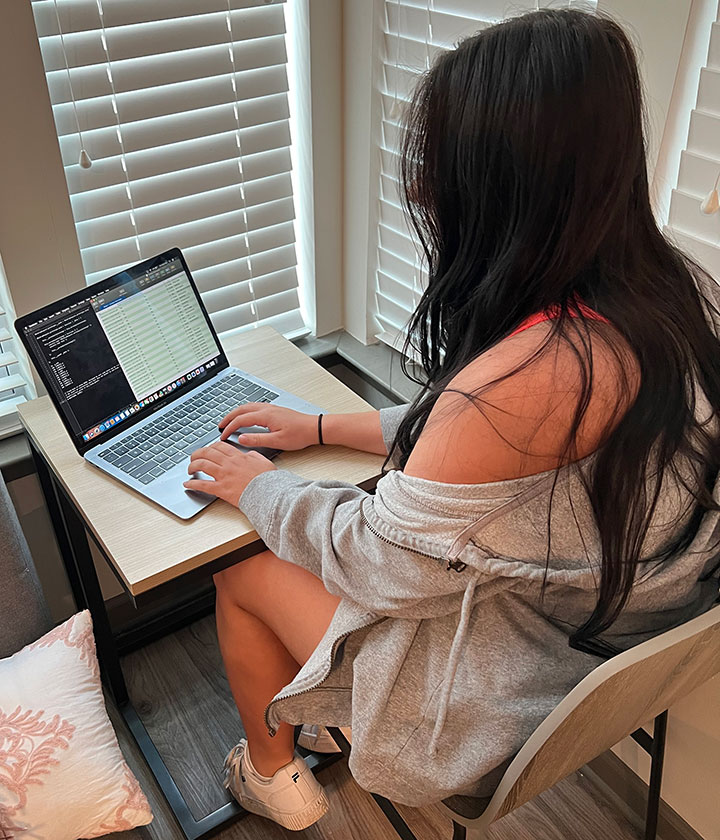 Kennedy Doyle still takes coding classes at UofSC to keep an engineering aspect to her studies. 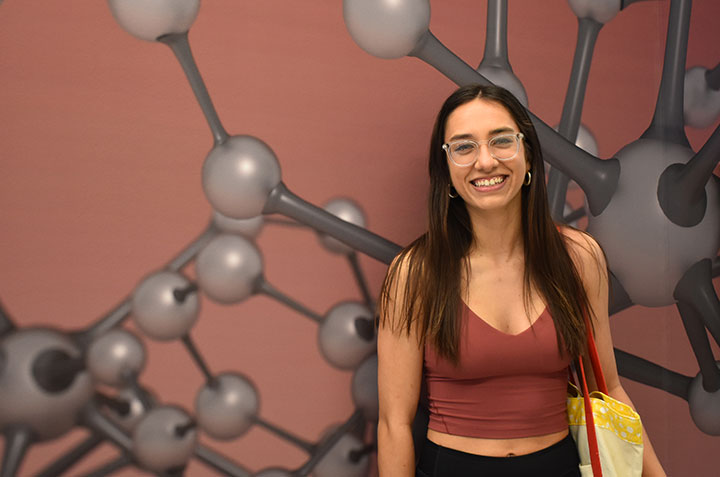 The layout and architecture of the Science and Technology building provides a creative space for students like Savannah Keating to learn about different topics in STEM.