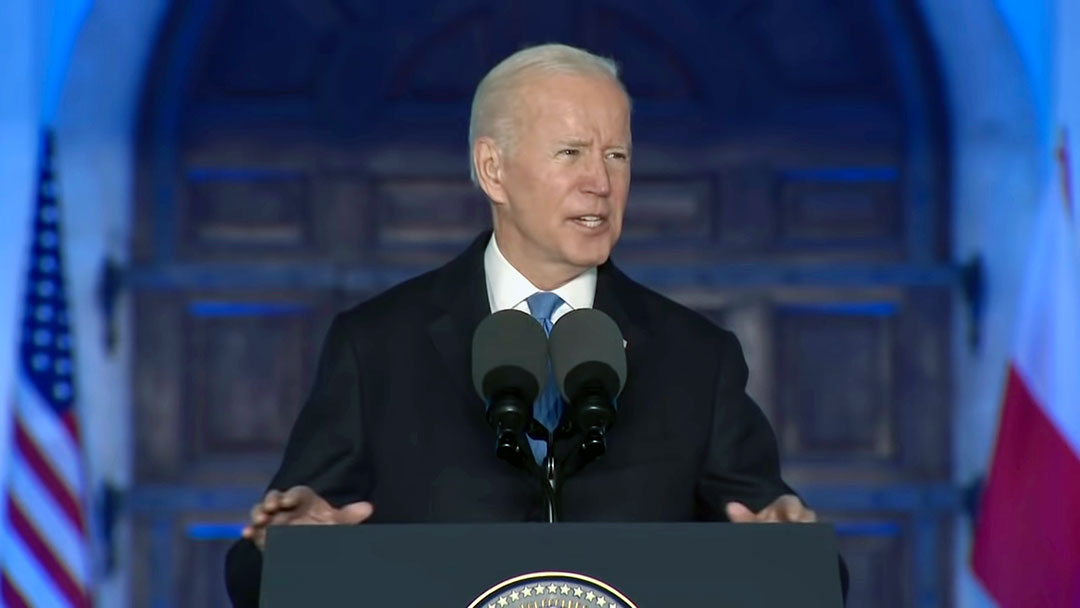 President Biden delivers a speech in Warsaw, Poland at the close of his trip to Europe, which included an emergency N.A.T.O. meeting and a visit with Ukrainian refugees.

The retired dean of the College of Information and Communications at the University of South Carolina this week questioned why the White House walked back President Biden’s assertion that Russian President Vladimir Putin “cannot remain in power.”

Biden’s comment Saturday at the end of a speech in Warsaw, Poland sent shock waves across the globe as world leaders reacted and the White House walked the unscripted statement back. “The president’s point was that Putin cannot be allowed to exercise power over his neighbors or the region. He was not discussing Putin’s power in Russia, or regime change,” the White House said in a statement.

“The question that arises in my mind is, ‘was this a message that was off course?’” Charles Bierbauer, a former CNN correspondent who covered Russia, said. “Did it need to be corrected? I’m not sure that it did.”

U.S. Secretary of State Anthony Blinken clarified on Sunday that the U.S. was not seeking regime change in Russia during a visit to Israel.

French President Emanuel Macron appeared to distance himself from Biden in an interview with a French news network on Sunday. He said his focus was on finding a diplomatic solution to get Russian troops out of Ukraine, adding that, “If we want to do that, we can’t escalate either in words or actions.”

Biden’s critics in the U.S. labeled the remark a gaffe, or a slip of the tongue, and what they view as further evidence of the president’s faltering mental acuity. Rep. Jeff Duncan, R-SC, tweeted, “Do better Mr. President,” on Sunday.

U.S. Sen. Jim Risch, the ranking member of the Senate Foreign Relations Committee, told CNN on Sunday that he wished Biden would stay on script.

“Whoever wrote that speech did a good job for him, but my gosh, I wish they would keep him on script,” Risch said.

Biden spent Saturday morning visiting Ukrainian refugees at a soccer stadium in Warsaw on the final day of his trip to Europe. Bierbauer attributed Biden’s emotion in the speech to this and the historical significance of Poland, which was invaded by Germany in 1939, sparking World War II. The Russian invasion of Ukraine is the first war to take place on European soil since then.

Biden’s remark joins a chorus of famous lines echoed by U.S. presidents since World War II towards the Soviet Union and now Russia.

When Ronald Reagan called the Soviet Union the “evil empire” in Orlando, Florida, in 1983, it drew backlash and was criticized for its potential to cause escalation.

When John F. Kennedy said, “Ich bin ein Berliner,” which means “We are all Berliners” during a 1963 speech in Berlin, Germany, it upset the Soviets and worried diplomatic experts in the west.

Bierbauer argued that the remark displayed Biden’s transparency and that it met the moment on an emotional level.

“It struck me as a very Joe Biden moment,” Bierbauer said. “And if you felt that needed to be in the script, you were trying to overwrite a script for a guy who knew exactly what he wanted to say.” 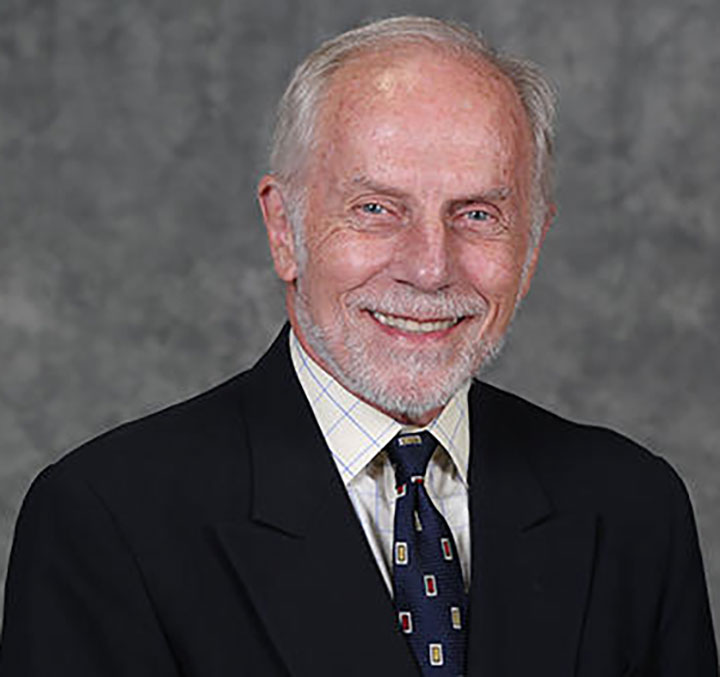