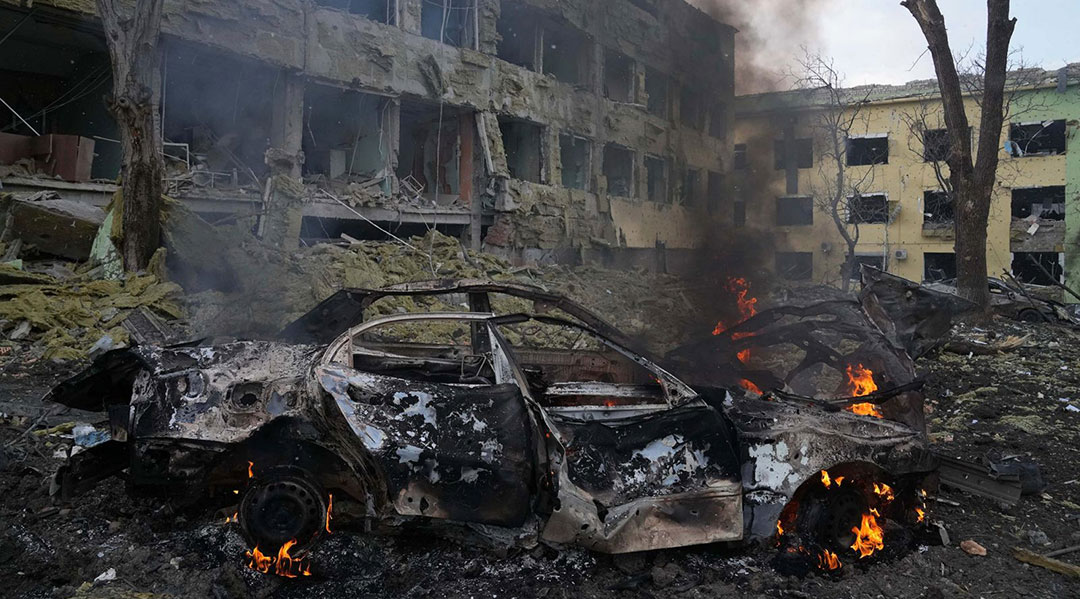 Russia has conducted 34 strikes on medical facilities in Ukraine, according to the Associated Press. Photo courtesy of Evgeniy Maloletka, Associated Press, taken at a destroyed maternity hospital in Mariupol, Ukraine.

The dean of the college of arts and sciences at the University of South Carolina’s school of law believes that the Russian invasion of Ukraine has exposed the weakness of international law.

“I think the biggest lesson that we will end up seeing when we look back on these events 10, 20, 50 years from now, is that the efficacy of the international law system in ensuring peace, and protecting nations from unprovoked acts of aggression against them will be proven ineffectual,” said Dean Joel Samuels.

Samuels is the executive director of the Rule of Law Collaborative, which works to develop the rule of law across the world through training and modules. He envisioned that violations of international law could be used by Russia as a pawn in peace negotiations with Ukraine. Along with other concessions, the Russians may agree to stop the invasion if they get a full pardon for their crimes.

Samuels cast doubt on the legal process if Ukraine sought to bring a case against Russia. The Ukrainians could argue their case in front of the International Court of Justice. However, the body that enforces the decisions of this court is the United Nations Security Council, where Russia holds veto power.

The International Criminal Court could pursue a case against Russia. However, the court can only convict individuals, not states. This court was established by the Rome Statute, which neither the United States nor Russia signed. This calls into question whether the court has power over Russian citizens since Russia is not under the court’s jurisdiction, according to Samuels.

The Rule of Law Collaborative at the UofSC, maintains a partnership with a law school in Ukraine to help train judges and lawyers. Samuels believes that if Ukraine survives this invasion, the international community will need to re-double its efforts to preserve the rule of law and democracy as the country rebuilds.

“The good news is that these events may further emphasize to the Ukrainian people just how important maintaining democracy and the rule of law is,” Samuels said.

Ukraine’s democracy is relatively young. Its current government was founded in 1996, less than 30 years ago. Transparency International, an anti-corruption nonprofit founded by former employees of the World Bank, ranked Ukraine as the second-most corrupt country in Europe in 2021. Prior to Russia’s invasion, Ukrainian President Volodymyr Zelensky had an approval rating of just 26%. Samuels addressed this harsh reality.

“When the war is over, he will go back to being the guy he was before the war,” Samuels said. “He’ll have this wonderful gloss. We’ll have a honeymoon period. But he will still be the inexperienced president that he was, who was struggling to build coalitions and move things forward.”

Peace talks between Ukraine and Russia are ongoing and it’s unclear if a compromise will be reached. 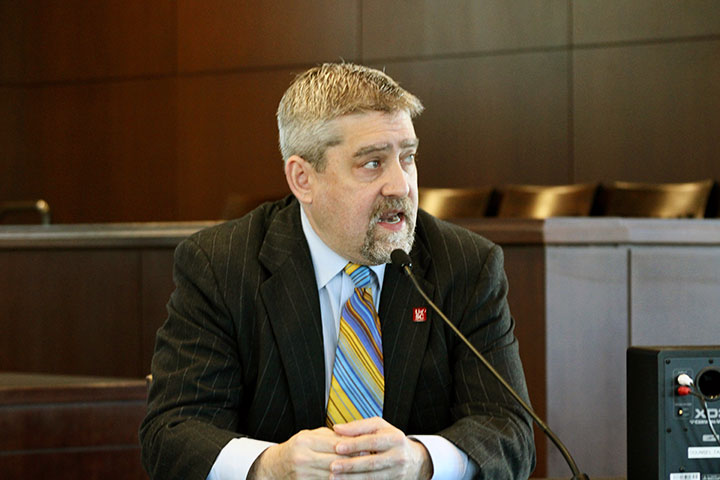 UofSC Dean Joel Samuels believes that if Russia is not held accountable for violations of international law, China may be emboldened to launch invasions of their own. Photo by Jacob Gamble.