New parents may get some relief as legislation awaits Senate vote

Legislation that aims to provide full-time state employees paid parental leave is finally gaining ground after being stuck in the South Carolina Senate for a year.

“The sooner that we get this passed, the better. If it doesn’t pass by the end of this (legislative) session, then we have to start all over again,” said Catherine Flowers, a full-time University of South Carolina employee and supporter of the bill. Flowers is a parent with a 3 year old  at home and a second baby on the way.

The legislation passed in the S.C. House with almost unanimous support in April 2021 and it has many supporters as it makes its way through Senate committees. The bill was introduced in the senate by Sen. Katrina Shealy, R-Lexington, Sen. Darrell Jackson, D-Richland, and others.

“If you’re planning– what you can do is save up your sick and annual leave for two years, and that would give you enough paid leave to cover your full, federally protected FMLA (Family and Medical Leave Act) leave, which is 12 weeks,” Sarah Barnett, an academic advisor at UofSC, said.

Saving up paid time off can be hard. Some parents have to turn to others to guarantee that they have the time they need with their new child.

“Something you see really frequently at the university is colleagues donating their own leave to a parent who’s gone out on parental leave, if they don’t have enough leave themselves to take the time that they need,” Flower said.

Earlier this month Flowers and Barnett teamed up to lead a march to raise support for the bill. The march led supporters from the Historic Horseshoe to the State House where Rep. Beth E. Bernstein, D-Richland, the bill’s primary supporter, spoke to the group.

“It really helps both the mother and father be able to bond with the newborn child and not have the stress… the worry from feeling like they’re missing time from work… and not having that paid leave that they so desperately need,” said Bernstein

Support for the bill continues to grow as legislators work to pass it in the most affordable way for the state.

“Those first six weeks are kind of just survival to be honest… if you extend that out and double it to twelve weeks then you really give parents the opportunity to start to adjust to build that new family unit that they’re going to have and to go forward feeling confident and feeling good about going back into their careers,” Flowers said.

While the language of the bill is still being sorted in the Senate Finance Committee, external support for the legislation is continuing to grow with movements started by supporters such as the march and a petition started by Flowers and Barnett.

“The petition that state employees could sign…which went from 108 signatures to…I think it ended up at 935.”

The United States is one of six countries in the world that does not offer nationally paid maternity  leave and the only wealthy country yet to do so. The federal act, FMLA, does guarantee 12 weeks of unpaid leave with job protection.

The bill was read in the Senate Finance committee Tuesday and will now go to the full Senate floor for debate. 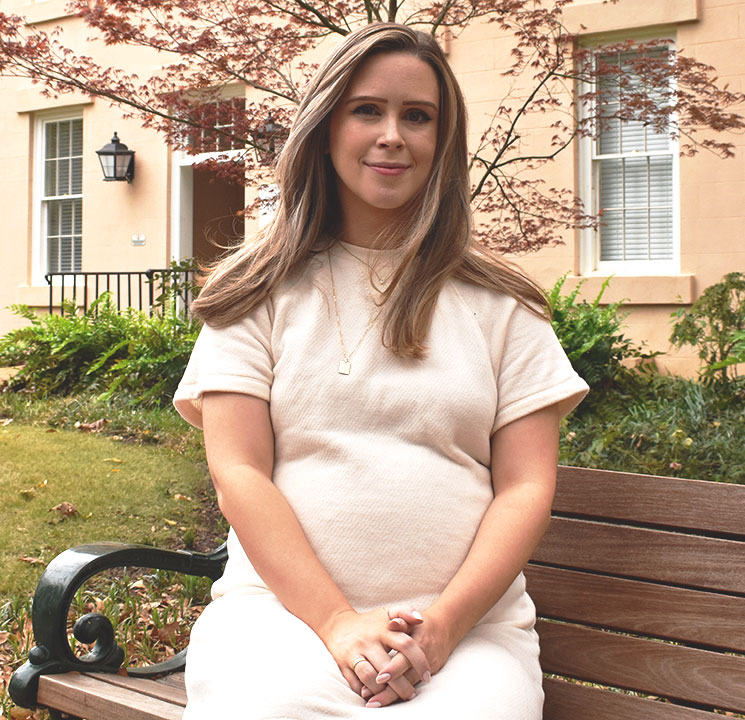 Catherine Flowers, the assistant director for campus partnerships at the University of South Carolina, is eight months pregnant with her second child. She says she is likely to take unpaid leave for the benefit of her and her child’s health. Photos by Sydney Pennington. 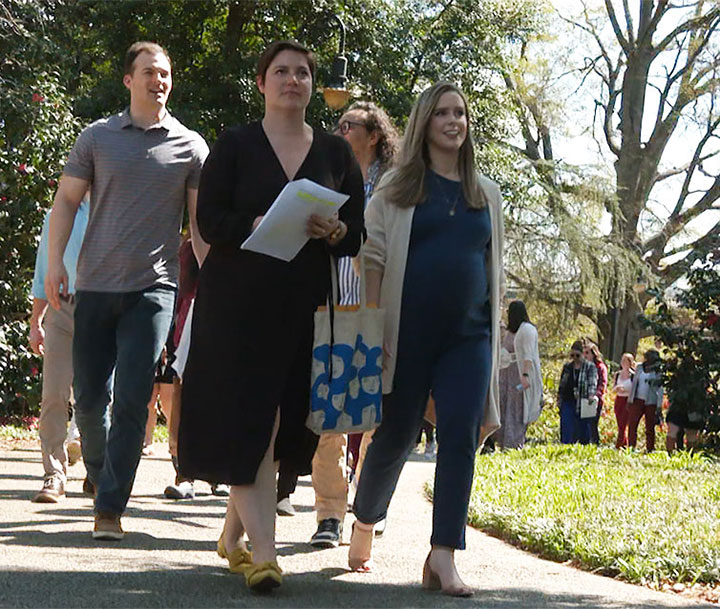