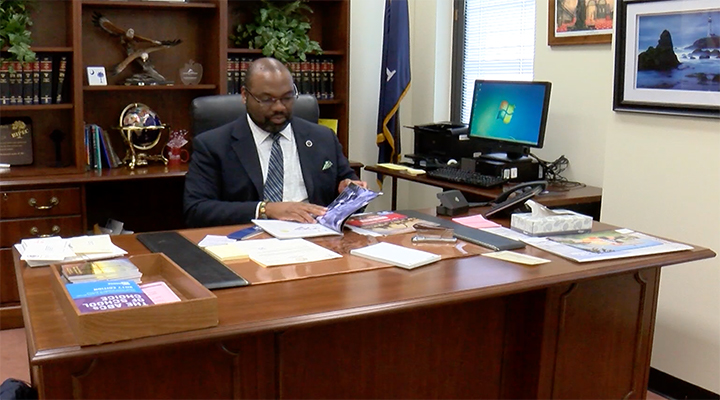 S.C. Rep. Samuel Rivers Jr., R-Berkeley, promised a constituent he would help reduce the amount of bullying kids experience in the school system. 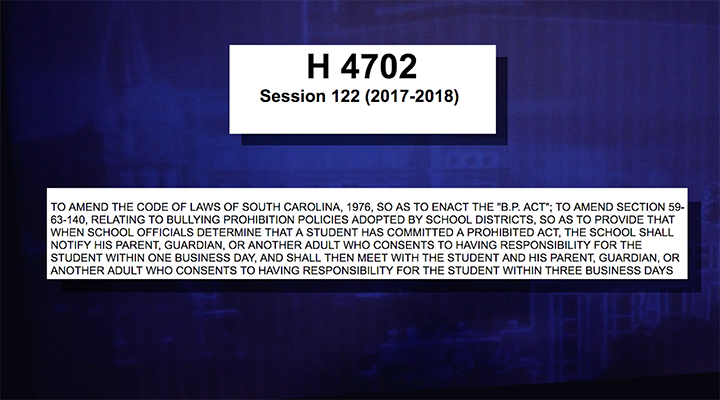 Senator Rivers proposed legislation to in an effort to help children facing bullies in the school system. The legislation was successfully moved through the house and now the Senate is considering the anti-bullying bill.

Bullying is a problem that children face every day in school. For some children, it sometimes leads to leaving their friends and school behind to escape an abusive classmate.

That is why South Carolina Rep. Samuel Rivers of Berkeley decided to do something about it. Over a year ago, Rivers got a letter from a young girl from Charleston explaining to him just how bad the bullying in schools can be. The girl’s parents had to take her out of the public education system.

“I wrote her back and promised that I would do something to prevent any child from experiencing what she had experienced,” Rivers said.

From that promise, Rivers wrote and sponsored legislation that will attempt to put an end to the bullying problem. The bill would require school districts in South Carolina to notify parents or guardians of bullying incidents within three business days and the legal guardian to become involved in the process of solving the problem.

This involvement includes accompanying the suspected bully to at least two of the five counseling sessions that the bully would be required to attend. Rivers believes that the parents involvement is key to neutralizing some of the events that are taking place in schools. Rivers also believes that getting the parents involved will take some of the pressure and responsibility off of the teachers.

Nathan Carnes, a professor in the Department of Instruction and Teacher Education at the University of South Carolina, said that he believes that the bill is a good step towards solving the bullying problem. He thinks it is important that we remember that everyone is different and that there isn’t one treatment for bullying. He compares it to medicine.

Rivers says that he has not talked to anyone from the Senate about the bill’s continuation, but has high hopes that no one will oppose it.

For more information on the effort to fight bullying, visit WWW.STOPBULLYING.GOV. To find more about House Bill 4701 and 4702, go to www.statehouse.gov. 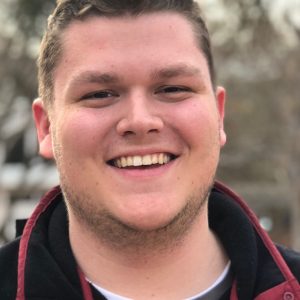 Greenville native, Will Dodson has enjoyed working in film and TV since he was in his early teens. His talents emerge behind the camera as director and editor. Dodson was a production operations intern for WYFF News 4 in Greenville. He is working to become a director for a national television market in the next few years.