L’dor v’dor: From Generation to Generation, the story of the Holocaust must continue to be told 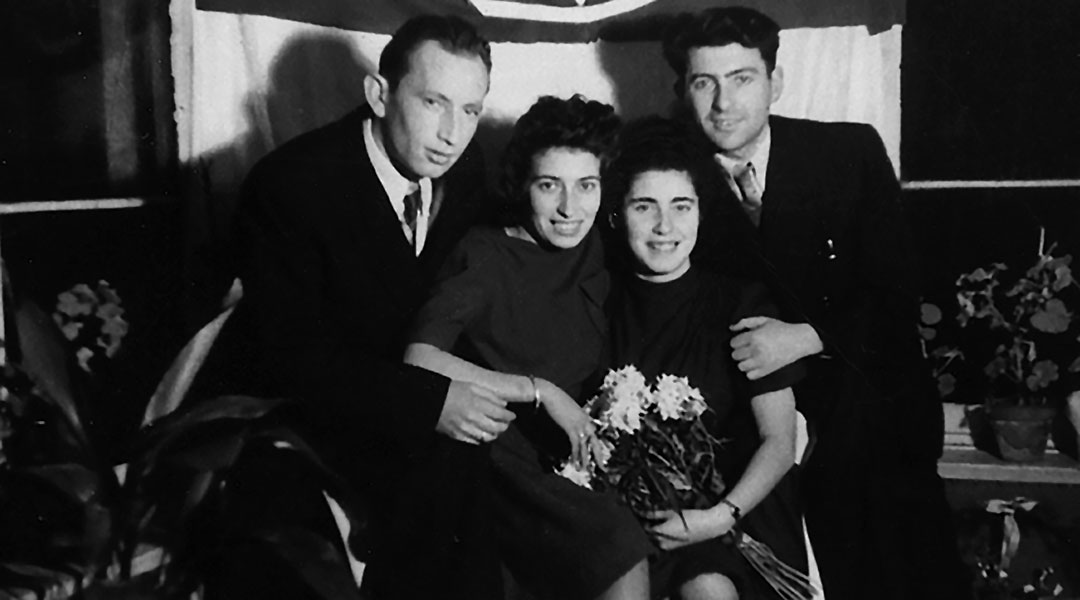 Friendships are often fostered by similarities in upbringing, hardships and empathy. The friendship between the late Felix Goldberg and David Miller was forged in the horror of German Nazi coal mines and concentration camps during World War II and blossomed in a post-war  double wedding when they married a pair of sisters, Bluma and Cela. Theirs was a lifelong bond that can never be broken.

Felix and Bluma Goldberg and David and Cella Miller were bound by their experiences as European Jews and Holocaust survivors. While all four have passed, their families are determined to share their stories so the world would never again commit such atrocities.

Felix and David met at Auschwitz working in a coal mine. Towards the end of the war, the two survived one of the Nazi’s infamous death marches by holding one another’s hand before the two were liberated.

Cela and Bluma, the teenage daughters of the late Haskell and Rachel Tishgarten, were sent to hide in the wood  by their family when their small town in Poland was invaded by the Nazis. The two ended up being found, worked in a German Nazi munitions plant and were eventually sent to Bergen-Belsen. As others died around them, the  two survived starvation and typhus while staying together.

The two were then liberated by the American army at a small camp near Dachau. After being nursed back to health in hospital, the sisters were in a displaced persons camp near Lawrenceburg, Germany, where they met David and Felix. The Millers were the first survivors to make Columbia their home when they were sponsored by Beth Shalom Synagogue in 1949. They were soon followed by the Goldbergs.

Bluma Goldberg died in January, the last of the four to pass away. But as Columbia prepared to mark Yom Hashoah, Holocaust and Heroism Remembrance Day, their families remember their indomitable lives and spirits.

“I would say that Yom Hashoah is a solemn time for me and my family to remember the suffering that that our parents went through during the war,” Esther Greenberg, daughter of Felix and Bluma, said.  “And a time to think about all the family members that we lost that we never met, such as grandparents, on both sides, that I never met.”

A generation after the Holocaust, Dr. Lilly Filler, also a daughter of survivors, kept thinking about how she could honor them. She helped bring a Holocaust memorial to Columbia after her parents would see them in other cities. On June 6, 2001 her dream came to fruition, two years after the death of her father and just a couple of weeks before her mother passed away.

Filler is now the chair of the South Carolina Council on the Holocaust and has dedicated herself to Holocaust education. She spoke to 7th and 8th graders at Gaffney Middle School earlier in the week.

“I believe they’ve gained a deeper understanding and feel connected to the event that they didn’t feel before. Two days later and they are still talking about some of the information she shared,” Jessica Vaughn, a 7th grade ELA teacher said in an email when asked what her students gained.

As the last of the  Holocaust survivors and veterans of World War II pass away, efforts to focus on education seems to have mixed results.

In a 2020 study done by the Conference on Jewish Material Claims Against Germany on Gen Z and Millennials, 83% of respondents said they believe it’s important to keep teaching about the Holocaust. However, about half have seen Holocaust denial or distortion and 58% did not know 6,000,000 Jews were killed.

“The facts are the facts. And it is unfortunate that Holocaust denial still exists,” Minda Miller, chair of the Selden K. Smith Holocaust Education Foundation, and daughter-in-law of Cela and David, said.  “I mean, when you see, we, we’ve had the reported testimonies of survivors and liberators, we still have, a few survivors and liberators left that are speaking out.”

There is the idea that once you hear a survivor speak, you become a witness. Bluma was thought to be one of the last survivors in Columbia before she passed in January from COVID. And with the last survivors around the world becoming a memory, Esther Greenberg thinks it is her responsibility to tell her parents’ story.

“To tell the story, tell the story to as many people as we can. To honor, our parents and all the, family that we didn’t meet to tell their story. So like they said, so that it will never happen again. That’s our job.”

Filler focuses on explaining why it is important to keep educating the next generation.

“I definitely think that the further we get away from the actual event, the more that memories dim, the more people tend not to focus on that period of time,” Filler said. “And what we don’t want to have happen is to forget those that lost their lives. And those that never had a chance, and what that set of events triggers.

“So we have to keep this foremost in the minds of our younger people who think this happened at a distant land at a distant time in a different century.”

After almost 80 years since the Holocaust began, is society different today than it was back then? Miller has her doubts.

“In the past few years we’ve all witnessed the rise in anti-Semitic acts genocides against other minorities,” Miller said.  “The racial issue here, the political divide in our country and other countries, people not willing to work together to compromise for a better goal. So, I am skeptical at this point. I fear that we are not better off or any better than we were.

“I’m going to remain optimistic. And I’m so grateful to everyone involved in speaking out against hatred. The worst thing we can do is be a bystander. And so we need to, be loud and strong with one voice.” 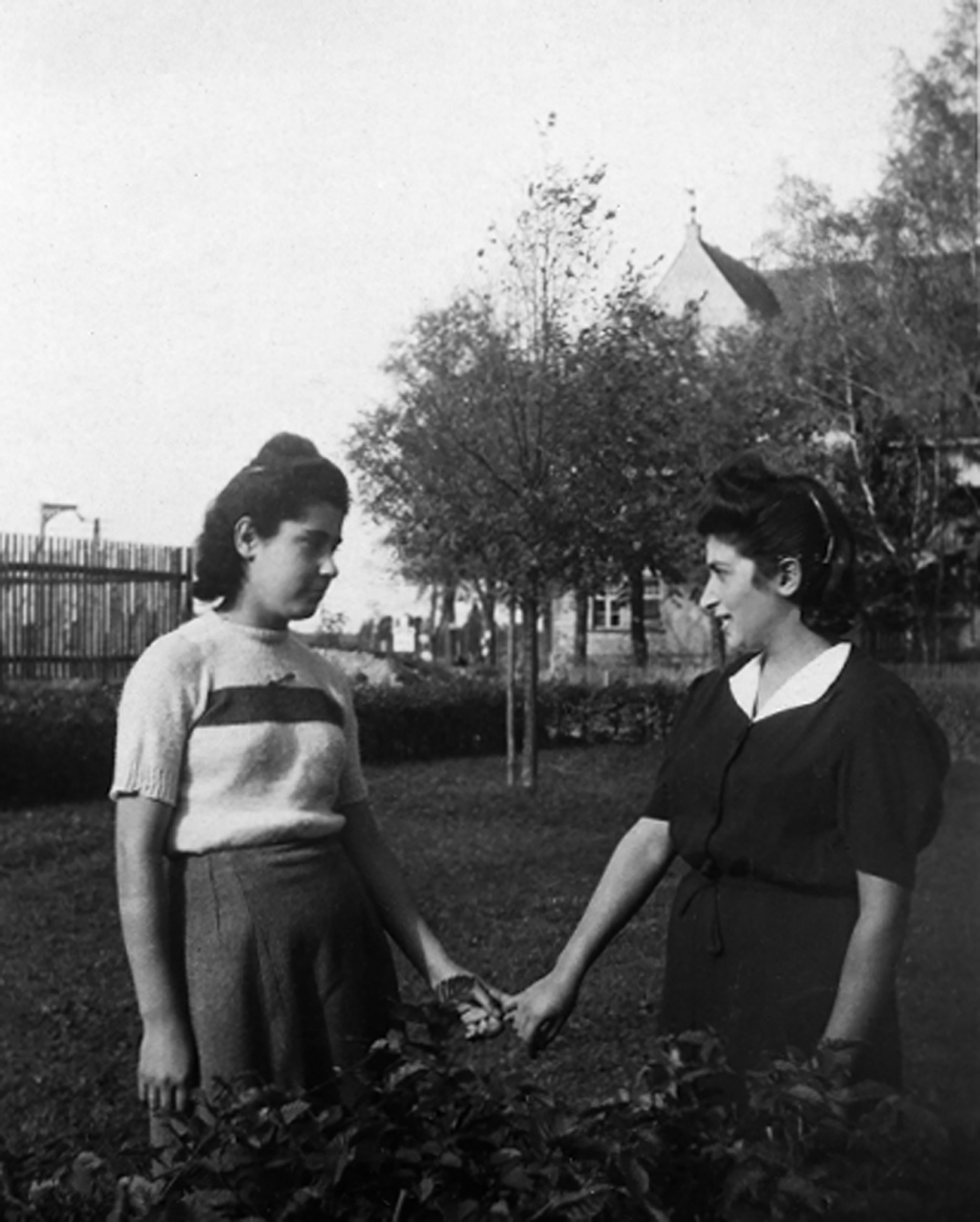 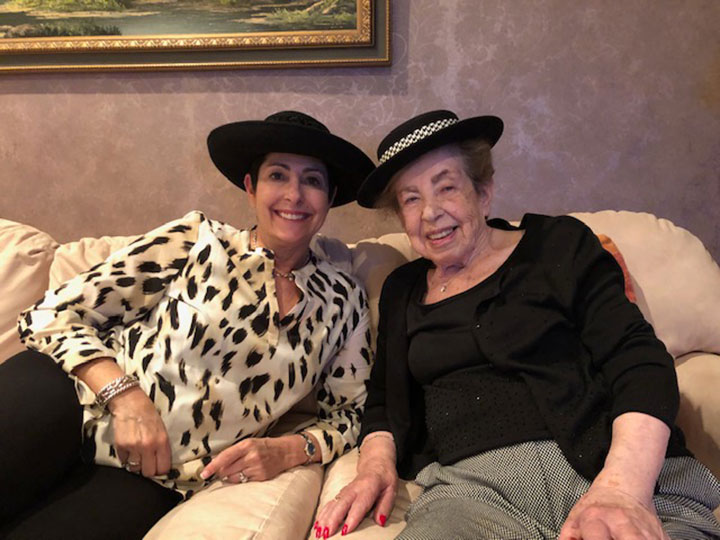 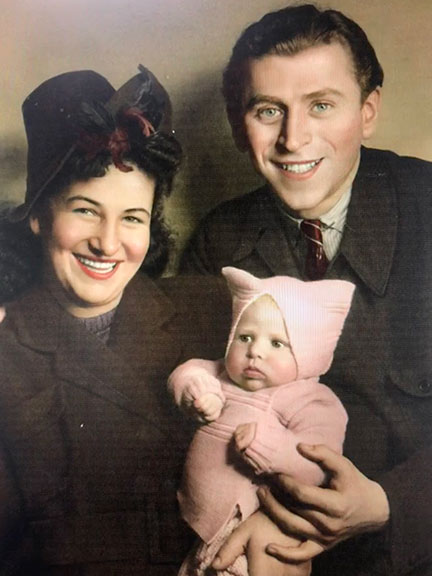 Dr. Lilly Filler, chair of the South Carolina Council on the Holocaust, and her parents, Ben and Jadzia Stern, both Holocaust survivors in Germany in 1948. Photo courtesy: Dr. Lilly Filler.

A company is donating up to 1,000 doorbell cameras to a South Carolina organization that helps victims of domestic violence. The South Carolina Coalition against Domestic Violence and Sexual Assault will give the cameras donated by ring to 12 local organizations across the state.

An upstate man who spent four years in jail while accused of murder has been found not guilty. Jurors acquitted 36-year-old Diderikcous Jacobi Hill on Friday in the 2017 shooting death of 48-year-old James Calvin Hill.

An upstate woman has been charged with manslaughter in the August death of her daughter. Heather Woodruff was arrested and charged after her daughter was found unresponsive in a front yard. Wessel remains in jail in Spartanburg amid a bail hearing.