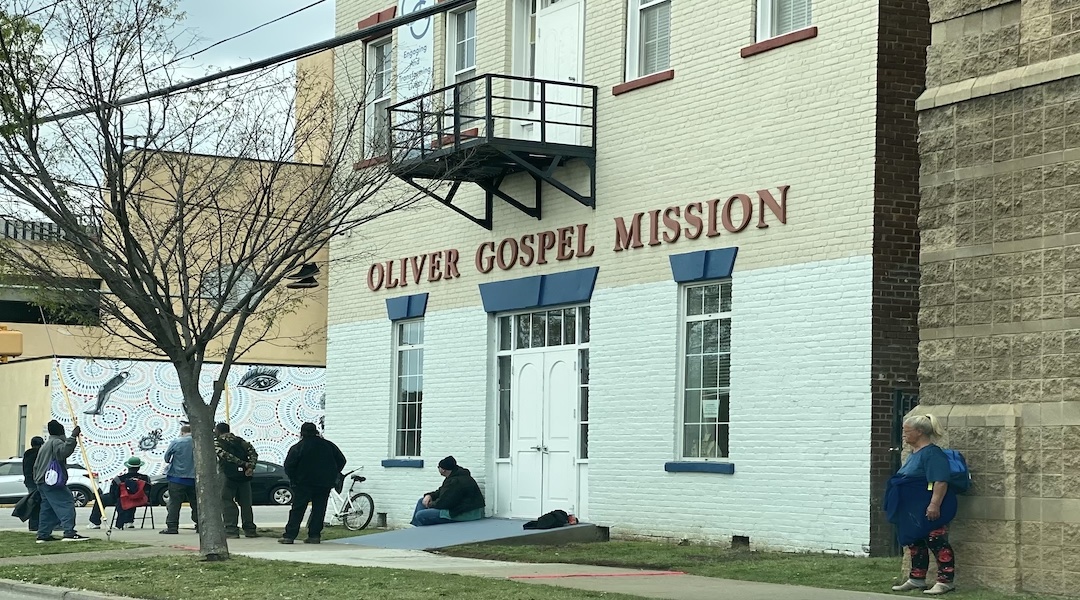 Homeless people wait in line for the doors of Oliver Gospel to open to receive dinner. This is one of many services that homeless people around Columbia rely on daily. Photo by: Kourtney Vermillion.

For the first time in a decade, the city of Columbia will be electing a new mayor. As Mayor Steve Benjamin exits, the three announced candidates hoping to replace him will have to solve one of the city’s most prominent problems: homelessness.

City leaders have been wrestling with the issue for decades but the formation of Transitions Homeless Center in 2011 was a huge step forward. Transitions has been working in conjunction with other counties to continue to solve problems regarding homelessness.

According to the S.C. Interagency Council on Homelessness, 851 people were homeless in Richland County in 2019 when they were counted for the U.S. Housing and Urban Development’s Point-In-Time survey.Today, there isn’t a definite number as to how many people are on the streets of Columbia due to the difficulty of keeping up with people in an ongoing pandemic.

Against this backdrop, all three candidates have also been talking about homelessness.

Devine, an at-large council member, considers community shelters, such as the city’s winter shelter, to be for emergencies and feels it should be temporary. She said her goal would be to move people from homelessness into actually having sustainable housing.

The councilwoman also said she wants to look into different models for stable housing. She discussed looking into giving each person their own room rather than a shelter so they have something they can call their own.

“When you have a shelter, and you treat people like ‘Oh, we’re just going to have a bed and a cot for you and a place to shower,” but you don’t have anything else to support them – you know, they get used to that,” she said. “And then they’re not really thinking and expecting bigger.”

Devine has already worked with the current mayor to create a homelessness court. Columbia had the first in the state, and it has now expanded to five cities.

The homeless court is a diversion court that allows unsheltered citizens who get arrested for issues that would only come about because of homelessness to complete alternative sentences. Examples of these offenses would be sleeping in the park, loitering, or public urination.

Rather than taking the homeless person to jail, they can go to homeless court and get set up with classes and resources to help them. After completing the program, the staff works to get the person into legitimate housing.

Devine plans to expand this program if she is elected mayor. She learned about this program through the American Bar Association because she is an attorney and a founding partner in the law firm Jabber & Isaac, PA.

Business consultant and current District 4 Councilman Daniel Rickenmann said if he became mayor, he would support the chronically homeless population.

He described these people as those who do not want services and may have mental health or trust issues. In 2019, the S.C. State of Homelessness Report said Richland County had the highest number of chronically homeless with 225 people.

“It has created a little bit of a problem for mainly the downtown area, because they’re showing up places, harassing people, sleeping on people’s porches, using their electricity, defecating on businesses,” said Rickenmann.

By investing more in mental health and getting better control over services and outcomes, Rickenmann thinks the city can help this specific group of people.

Rickenmann also questioned if there was any pressure to support specific outcomes at local nonprofit organizations.

“If you look at the feeding schedule of the providing meals, I mean, there’s multiple meals every day,” said Rickenmann. “There’s no incentive for people to go and get inside, get help or take the next step to get the services that they need. So, I think we have to just change the way we operate.”

Rickenmann said that the 67 nonprofit providers in the city should evaluate the policy as a group. He proposed that everyone could work together to understand how to make the most significant impact with funds and services and find an alternative for those who do not want to follow the rules.

“I think we’re going to have to take a little tougher stance, but also make sure that we have created better opportunities for those folks to get the services. I hate to use the word tough love, but it almost has to be that way,” said Rickenmann.

Sam Johnson, a former aide to Benjamin, said he has plenty of ideas to combat Columbia’s homelessness situation as well as the discussion of affordable housing.

The current public relations firm project consultant believes the next mayor must focus on encouraging and helping facilitate more affordable housing within the city limits.

Johnson also said while some of the homeless population only deals with lack of housing, others struggle with mental illness, substance abuse and joblessness.

“You cannot tackle one leg of that stool without tackling the others,” said Johnson.

Johnson says city services are another vital part of supporting the homeless population. He describes it as a two-fold model that allows a person to express their need for housing, get services, and get back on their feet.

He discussed one program that Benjamin proposed in cooperation with Transitions. It involves paying the chronically homeless a wage to clean up the city. Not only would the program beautify the city, it would provide a job to those in need.

“Even though they may be homeless, and some may choose to be homeless, because of a number of different personal or internal battles and reasons, it allows them to, at the end of the day, have some ownership and self esteem which is extremely important,” said Johnson.

He also believes services need to be available around certain neighborhoods to “prop” them up. He plans to do this by using data to understand which communities need resources.

“No matter what neighborhood you happen to live in, you got to be able to reach your God-given potential, and so we’ve got to think big,” said Johnson.

CEO of Oliver Gospel Mission Travis McNeal said he supports the idea of candidates working to encourage collaboration between nonprofits and the city.

“I would hope that any leader that our community has would have a desire for our city and community to be very proactive in dreaming about and discovering the best solutions for making true impact in the lives of those who encounter homelessness,” said McNeal.

Benjamin’s term will end on Dec. 31. The election for Columbia mayor will be held on Nov. 2.

Devine and Johnson plan to join an online forum Wednesday hosted by EmpowerSC April 7 at 7 p.m. The forum will be available live on Facebook and on Empower’s YouTube channel. Rickenmann had a previous commitment and cannot attend. 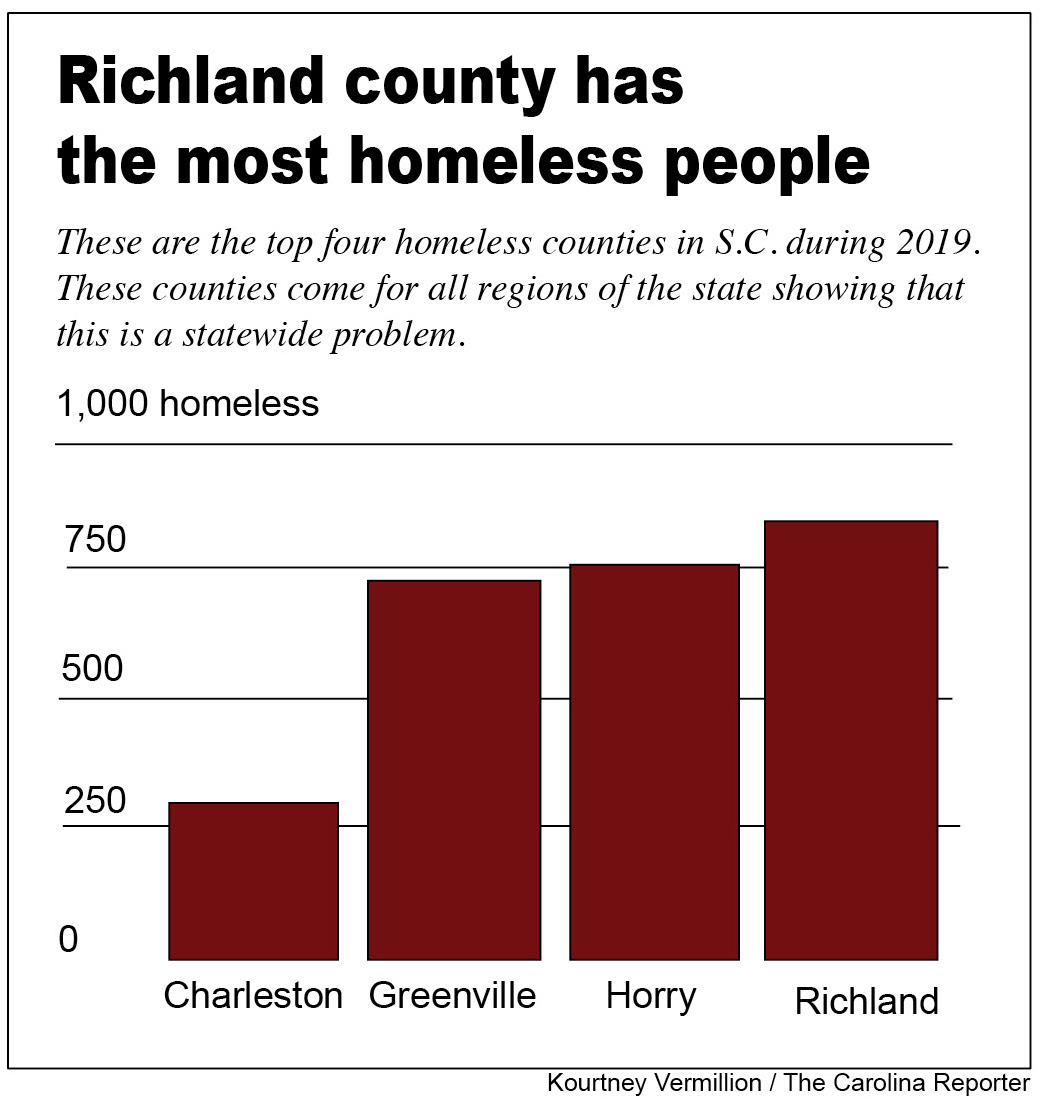 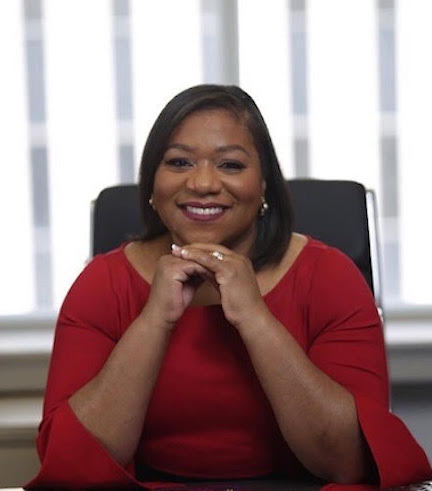 Tameika Isaac Devine said she hopes to expand homeless efforts she is working on as well as reimagine some other initiatives if she becomes mayor. She was the first African-American woman to serve on city council as well as to serve at-large. Photo courtesy: Tameika Devine. 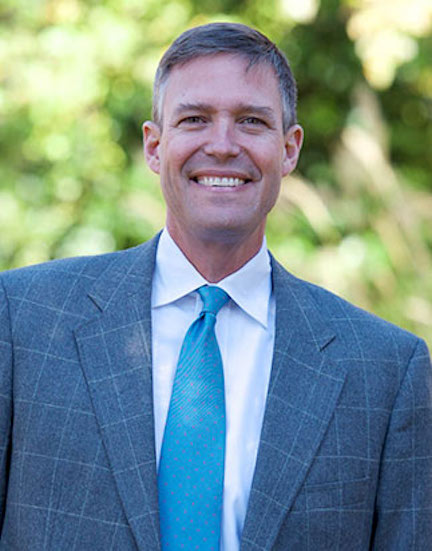 Daniel Rickenmann said if selected as mayor he wants to focus on the chronic homeless because it is a population that affects everybody who’s living and working downtown. Photo courtesy: City of Columbia. 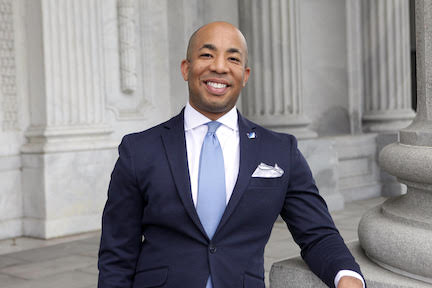 Sam Johnson, previous aide to Mayor Benjamin, wants to encourage Columbia to “think big” by looking beyond where we are today. Photo courtesy: Sam Johnson. 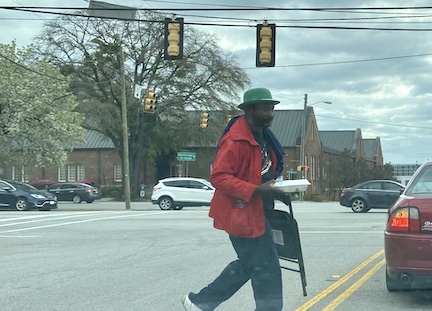 A man crosses Taylor Street with his fold-up chair and dinner in hand after receiving dinner from Oliver Gospel. Photo by: Kourtney Vermillion.