Learning to map the world on GIS day 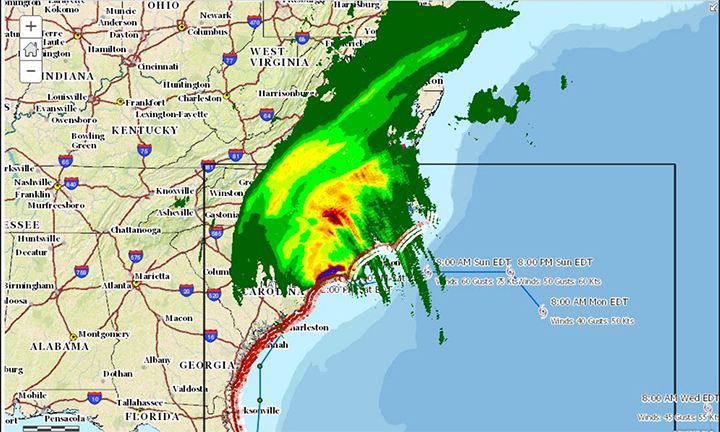 GIS maps can help people in many different fields. Fore example, meteorologists can use GIS maps to track the path of a hurricane then use that path to predict the route of another hurricane.

For retired USC geography professor David Cowen, GIS has been one the most important discoveries ever made.

GIS stands for geographical information system and has been a key in prediction for many fields of studies. GIS maps combines mapping with visualization to portray strong data analysis. The maps help people question, understand, and predict data to make better decisions in the future.

“I have been working with GIS for 50 years…I built my own in 1968,” Cowen said, speaking at International GIS Day at USC. “I have seen it change and help make a difference in our society.” 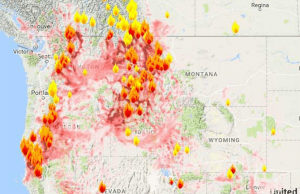 GIS maps also help with predicting paths of natural disasters. As wildfires rage across California, GIS maps have allowed people to visualize where the fires are spreading and can well prepare if another one was to form.

GIS was first developed in 1962 by visionary geographer, Roger Tomlinson. When Tomlinson wanted to assist the government in its land planning activities, he turned to computers which reduced the task from years of work to being completed in a few weeks.

From the launching of the first satellite in 1972 to the launch of Google maps in 2005, GIS has been helping people with poor infrastructure,  something as simple as finding their way around.

Guests gathered at Thomas Cooper Library at USC Wednesday to attend a panel in honor of International GIS Day.  Cowen spoke at the panel to stress the value of GIS especially in our generation.

Cowen built one of the first GIS systems in the U.S. and he spoke about how tough the process of getting color to show on the maps was back then. He wants people to realize the evolution of these maps and how helpful they can be in any situation.

One part of GIS day at USC is a map-a-thon, a global collaboration project which assists in digital mapping of developing areas. For this event, they wanted to show an area in the Philippines that lack infrastructure and to portray the many on-going conflicts that area faces.

Ellie Davis, a Ph.D. candidate in geography, attended the map-a-thon event as a youth mapper member.

“This project is looking at agriculture land that is not being used to the full extent,” said Davis. “They are using the base maps that we’re creating so the people on the ground will be able to identify things like a hospital or farm house.”

The maps are set to be completed early next year to help prepare for the next typhoon season. The updated maps will then be sent to partners like the Red Cross and USAID to help others make smarter decisions when another natural disaster hits. 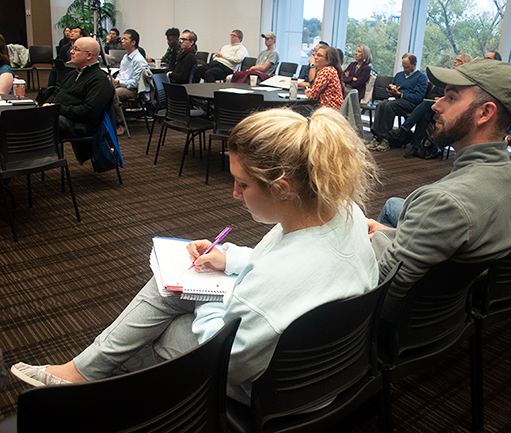 Guests gathered at Thomas Cooper Library in honor of GIS day on Wednesday. GIS stands for information systems technology and can be used to help many different fields predict patterns and visualize data. 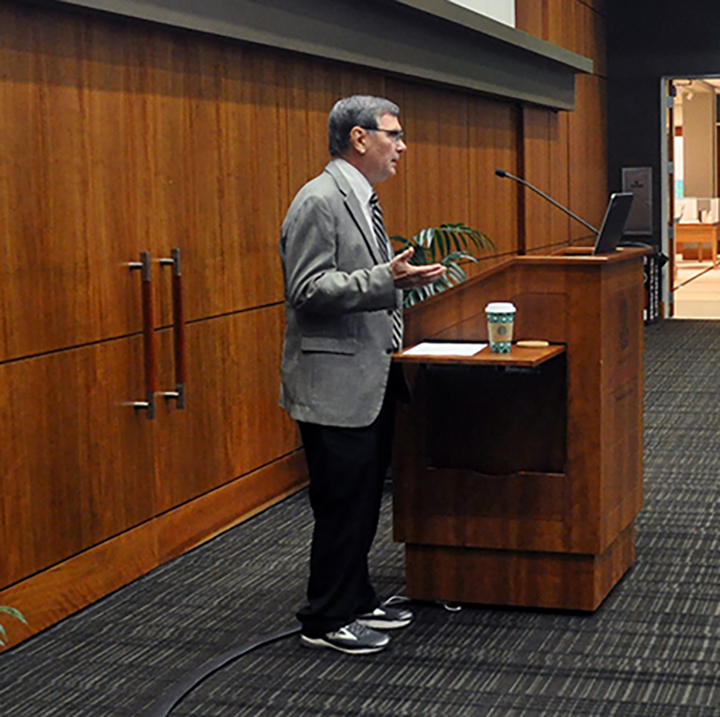 A distinguished and retired professor, David J. Cowen was the guest speaker at the GIS day panel. “GIS day is an international forum for users to demonstrate real-world applications to make a difference in our society,” Cowen said. 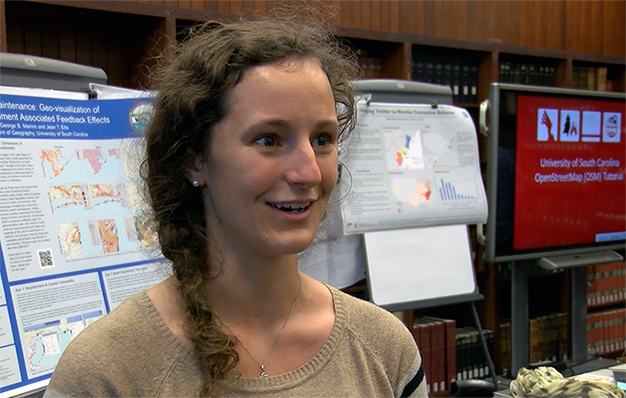 Ellie Davis, a PHD candidate for Geography, is a member of youth mapper and attended the map-a-thon event held on GIS day. “We are creating the maps you would see on google maps,” Davis said. 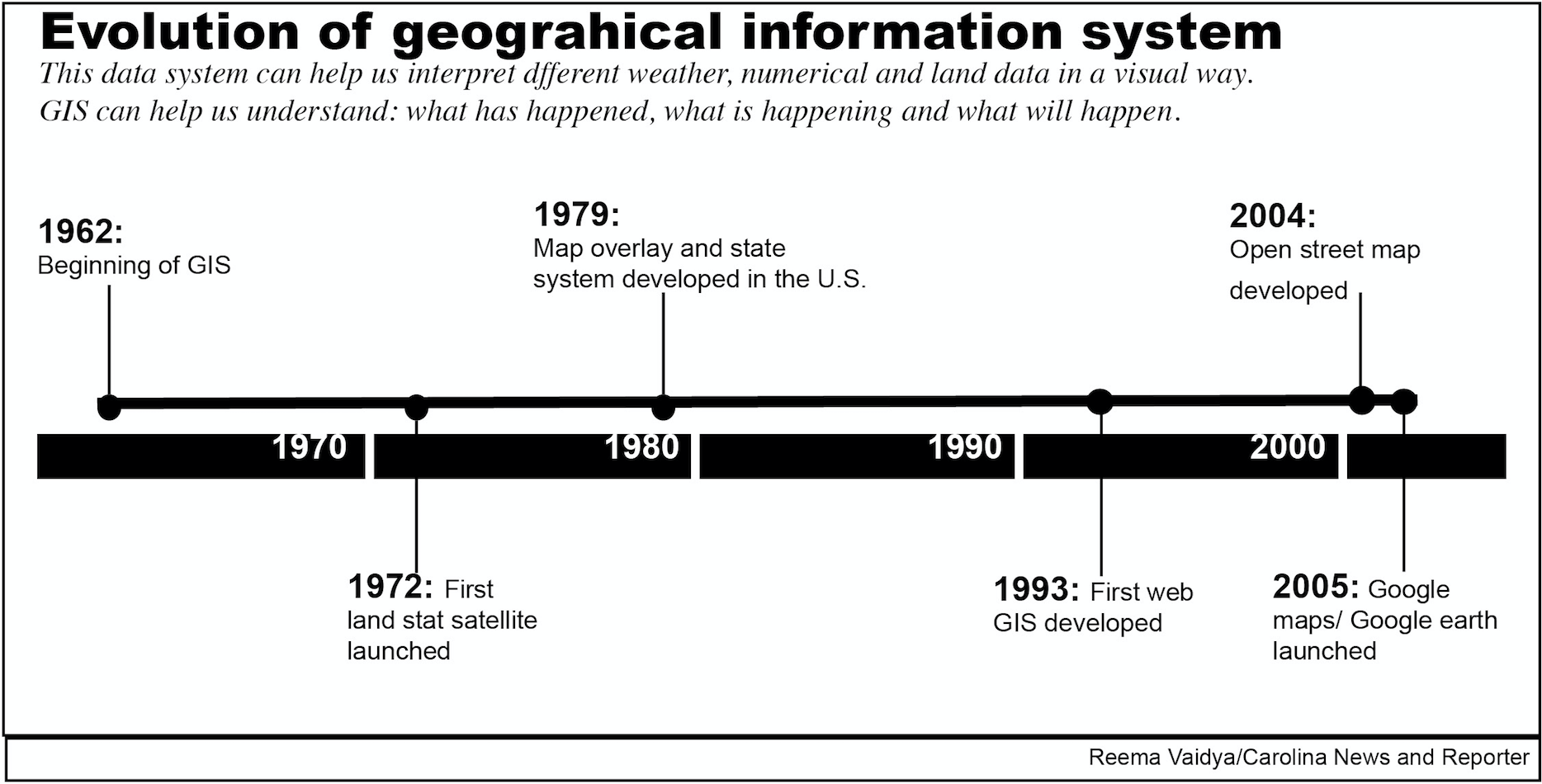