For over 30  years, Lexington High School’s boy’s basketball team has been under the leadership of Coach Bailey Harris. After winning two state championships and going undefeated this season, Harris said it is time to step away from the sidelines.

On his 56th birthday, instead of the team’s routine post-practice wrap-up, Harris announced that he was stepping down at the end of the season.

“It was a lot that goes into it,” Harris said. “I think a lot of people look at it, see the [undefeated] record we have and the success, (and they say) ‘I think he’s just trying to go out with this [state championship].”

During his 32 years at Lexington, Harris has won over 600 games, including 13 region titles. He made it to the state semifinals 10 times and made it the state championships on six occasions. The Wildcats won the state title in 1996 and 2000.

In 2013, Harris was inducted into the S.C. Basketball Coaches Hall of Fame and the S.C. Track and Cross Country Coaches Association in 2014. The Wildcats won consecutive state cross country championships from 2010-2013. Harris will continue working as the head coach of the boys cross country team and continue to teach history at Lexington.

To Harris, his achievements aren’t the most important part of his job, but rather, the community that has supported him for all these years.

“I hadn’t done this by myself by any stretch. My wife and my family have been very supportive and I just like to make sure that I thank all those people for their support and their role,” Harris said.

“At one point it’s sad, but [you] got to be happy for him going off on the right foot. We love him… Lexington loves him and has so  much respect for him,” Dane Szalwinski said, a former Lexington cross country runner.

Lexington High was undefeated this season and had hoped to finish out the season with a state championship in honor of Harris. The dream was cut short as the team fell to the Berkeley Stags 47-42 in the Lower State championship game.

“I’m going to miss everything about it,” Harris said, and there isn’t a single thing, other than doing the paperwork for eligibility and when it’s time to cut kids and tell them they can’t be on the team. But, that’s probably the only drawback. I love everything about the job.” 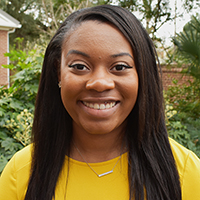 Born and raised in Charleston, SC, Sasha Graddick’s passion for sports journalism was inspired by watching games with her father. She saw the lack of women on the sideline, particularly those of color, and wanted to change the landscape. Graddick has interned with 12Up, a sports news website where she has published nearly 200 articles. Check out her portfolio (sashagraddick.com) for published stories and videos. Graddick’s ultimate goal is to work for professional sports team with a unique personality and to tell the untold stories of the players.