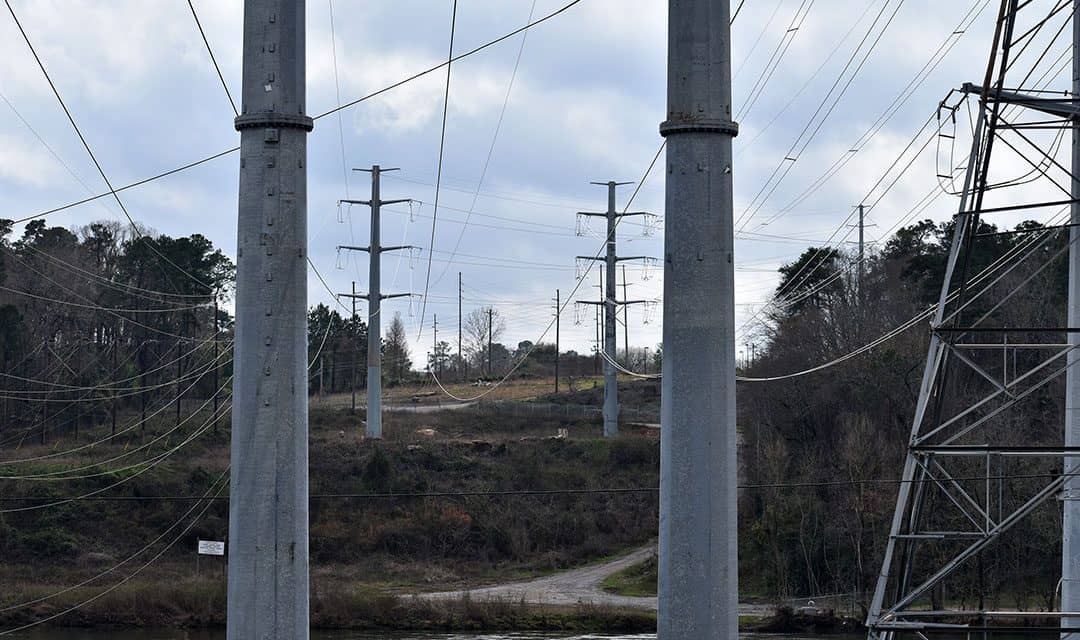 The fate of Santee Cooper, the state-owned utility responsible for the abandonment of a multi-billion dollar nuclear plant expansion, lies in the hands of South Carolina legislators, who have spent more than a week wrestling with who should manage or take over the troubled utility.

On Tuesday, the Santee Cooper Ad Hoc committee, made up of nine lawmakers, rejected all three proposals laid out by energy executives, including a purchase plan from Florida-based energy utility giant NextEra Energy, a management plan from Dominion Energy and Santee Cooper’s own plan to reform the troubled utility.  The committee is now tweaking the three plans to make them more palatable to customers and ensure passage through the Legislature. The committee plans to present the changes on Thursday.

Santee Cooper has been in the crosshairs of Gov. Henry McMaster and state lawmakers since 2017 when it abruptly pulled the plug on the multi-billion V.C. Summer nuclear expansion project in Fairfield County and the 5,000 jobs associated with the construction. Santee Cooper and its partner, SCE&G, spent $9 billion before abandoning the project, charging ratepayers in advance of the reactors’ completion. Under a state law passed more than a decade ago, SCE&G was allowed to charge customers for the work before the reactors were finished.

In the wake of the V.C. Summer debacle, SCE&G’s parent company, SCANA, merged with Virginia-based Dominion Energy. McMaster has urged the legislature to sell Santee Cooper, at one point calling it a “rogue” agency.

NextEra Energy had proposed a total $9.46 billion purchase of Santee Cooper that would privatize the electric utility and repay the multi-billion dollar construction debt as well as projected future interest on the borrowed funds.

“I cannot imagine a scenario where we would not deliver lower rates than Santee Cooper’s current operating philosophy,” NextEra CEO James Robo, said. Santee Cooper has about 2 million customers, most of whom buy their power from Santee Cooper indirectly, through South Carolina’s 20 electric cooperatives.

NextEra proposed a four-part plan that includes gaining authorization from South Carolina legislators for the purchase of the Moncks Corner-based utility, converting the utility to an investor-owned utility, establishing a framework for its capital generation investment plan and documenting commitment to Santee Cooper customers.

“Santee [Cooper] doesn’t pay any taxes, we will,” Robo said. The committee rejected NextEra’s purchase plan unanimously, but voted in 7-2 in favor of continued discussions with NextEra Energy.

“While I support a sale, I think we can get more, frankly more out of NextEra,” Rep Nathan Ballentine, R-Richland, said. Ballentine said he was concerned with creating a repeat of the Baseload Review Act.  In 2007 the Baseload Review Act laid the burden of building new reactors on the ratepayers of Santee Cooper which is what authorized the multi-billion nuclear expanision project. Ballentine is also concerned that NextEra wants to cut 700 jobs.

Santee Cooper also pitched a restructure and reform plan that would keep customers’ rates consistent for seven years, paying off its $3.6 billion debt in 12 years and being more transparent with the public. Committee members voted unanimously to reject Santee Cooper’s reform plan.

“When you really look at the reform aspect of the proposal… it’s not enough,” Rep. Leon Stavrinakis, D-Charleston, said. “Nothing personal against anybody but there’s got to be wholesale change over there.”

One way it said it would improve transparency is by submitting pricing principles and plans to a group of stakeholders, customers, legislators and community activists for review.

Once reviewed, the pricing principles and plans would be passed along to utility regulators in South Carolina. Santee Cooper also wants to add more solar and natural gas to the energy mix for its customers by the late 2020s.

Santee Cooper told the committee it will introduce term limits for board members and match their qualifications with public service commissioners in the governance restructure.

“What this does is, it gets rid of the filter of management for big decisions that are in place,” Pamela Williams, chief financial officer of Santee Cooper, said.

Committee members were concerned with the 14 employees from Santee Cooper who are still a part of the reform plan, asking how they can ensure there will not be a repeat of the failed nuclear project.

“There’s a possibility that you could just decide that one day that you’ve had enough and you can leave and there goes the new culture and if we have people left over, my concern is that we go back to the old culture,”” Rep. Joseph Daning, R-Berkeley, asked.

Mark Bonsall, Santee Cooper CEO, said none of the employees in decision–making positions are left over from the failed nuclear project.

“This is Santee Cooper’s plan… we had 300 people in the company participate in the making of this plan, they’re all dedicated to it. Three hundred people, that’s a lot and they’re all co-authors,” Bonsall said.

Dominion Energy’s plan is to essentially manage Santee Cooper by improving its capabilities and encouraging efficiency. Dominion said it will loan three employees: a chief operating officer, a chief financial officer and someone who’s in charge of resource planning.

“We want to help Santee Cooper transition away from its current situation and return to focusing on its efforts and providing safe, reliable and cost-effective electricity to its customers,” Rodney Blevins, president of Dominion Energy, said.

Dominion wants to transform Santee Cooper into an investor-owned utility that pays federal, state and local taxes. It wants to provide shareholders with a rate of return. However, the utility will retain state ownership benefits such as tax exemption status among other things. The 10-year plan will include an option for legislators to sell Santee Cooper if they chose.

The Dominion energy plan was unanimously rejected by the committee.

“The fact that the board still selected the CEO and the three Dominion employees would be subject to the supervision and direction of the CEO and board,” Smith said. “Until we have reform at Santee Cooper and reform in the manner of wholesale reform, I don’t think the management agreement can work.” 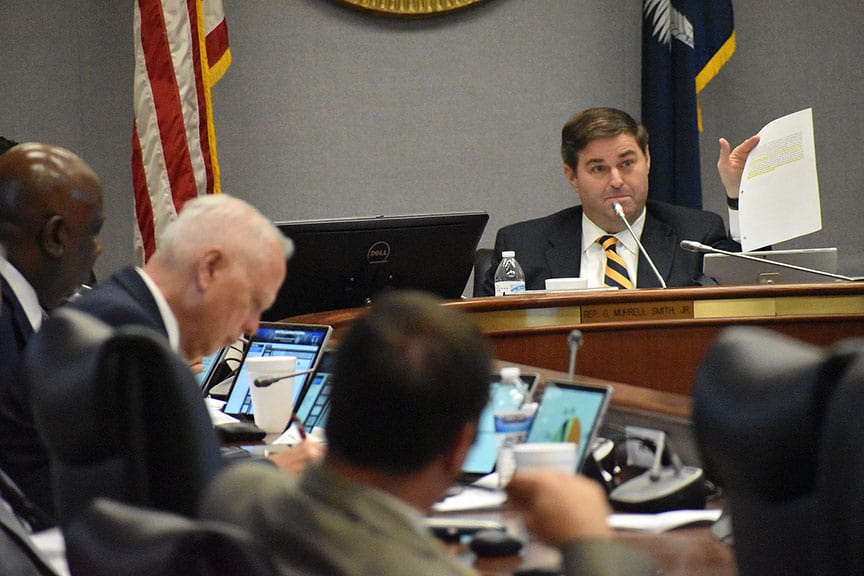 Rep. Murrell Smith, R-Sumter, holds a wishlist that Santee Cooper has with Southern Company, Atlanta based gas and electric utility that wanted to work with the utility. 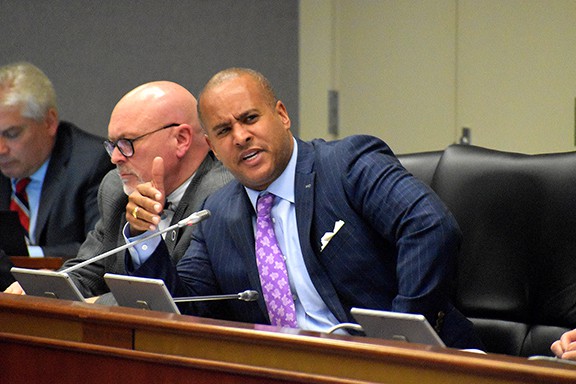 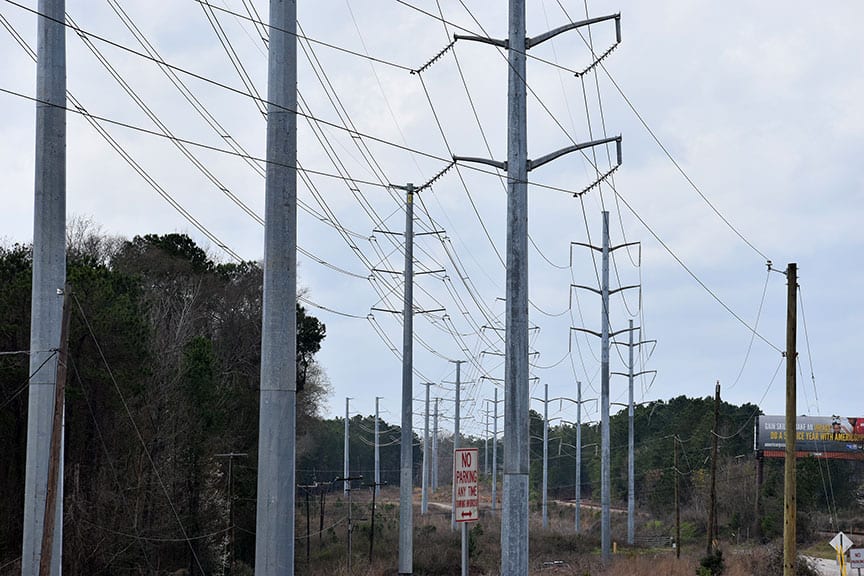