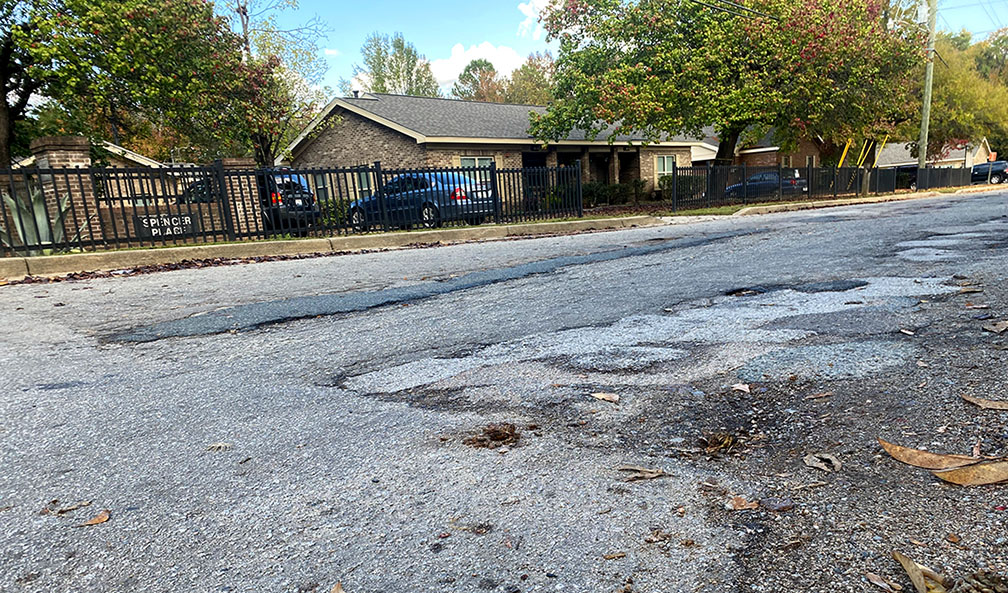 Proponents of the sales tax increase say the money will improve roads such as this one in Cayce. (Photo by Char Morrison)

The Capital Project Sales Tax is a proposed tax that would raise funds exclusively for improving roads in Lexington County.

The tax is known as a penny tax, meaning for every dollar spent, an additional tax of 1-cent will be charged on top of the existing sales tax, which in Lexington County is 7%.

If passed, the tax will go into effect in May 2023. The tax will raise an estimated $536 million dollars, all of which will fund road improvement projects, according to the project’s website. Specifically, the tax would pay for road, intersection and bridge improvements and paving dirt roads.

The tax is not permanent and will end after eight years. Sturkie said for it to last longer, voters would need to approve it again.

The 1% tax would not be applied to unprepared grocery items, gasoline or prescription drugs, according to the CPST website.

Attorney Rich Bolen doesn’t think the tax is worth it, however.

“It’s just a bad idea for the government to take more money from us during a recession,” Bolen said.

He agrees that the roads do need to be fixed. But he worries the tax will do more harm than good for people who are already struggling financially.

“The average person who’s trying to get by with gas costing twice as much and rent going up and electricity costs going up and winter coming, just don’t need another 1% taken away from them,” Bolen said.

“Quite frankly, something has to be done now, because if we continue to put it off as residents, our roads will get worse and our roads will become more congested,” Lowry said.

She said all other counties surrounding Lexington already have penny taxes or transportation taxes that help pay for their roads.

“We have a wonderful town, a wonderful county,” Lowry said. “The people want to live here, and we need our infrastructure to match our community and our schools.”

More information about the proposal can be found at https://www.lexingtoncountycpst.com.