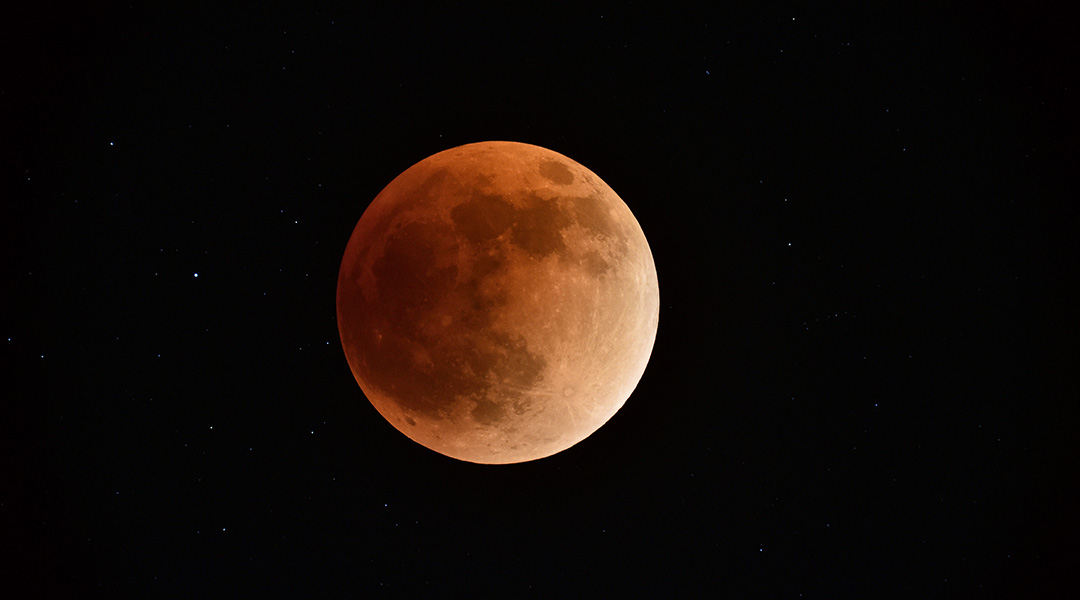 Columbia residents will have the opportunity to see a total lunar eclipse Tuesday morning, according to NASA.

The eclipse is expected to begin just after 5:16 a.m. and end at 6:41 a.m. for Columbia, according to timeanddate.com.

A lunar eclipse occurs when the Earth, Moon and Sun all align in that order, director of Melton Memorial Observatory Martin Bowers said.

“It means that the moon passes through the Earth’s shadow and gets blotted out,” Bowers said. “Normally it’s seen by reflected sunlight, so that doesn’t happen when it’s in the Earth’s shadow. And that’s what’s going to be happening tomorrow.”

It’s been more than a year since the last total lunar eclipse that was visible in Columbia, and Tuesday’s eclipse will be the last until 2025, Bowers said.

Eclipses don’t happen that often, and Bowers said it typically just depends on where the three planetary bodies are in their orbits.

“The moon orbits the Earth, but its orbital plane is inclined about five degrees,” Bowers said. “So most of the time, when it’s in front of or behind the Earth, it’s not aligned with the sun. So it’s either above it or below it and occasionally everything aligns.”

Because of these differences in orbits and orbital plans, not all eclipses are total. Partial eclipses can occur when the moon passes through a part of the umbra –  which is the full shadow.

Not everyone in the world will be able to see Tuesday’s lunar eclipse, as is the case with any eclipse.

“It’s the same thing with a solar eclipse” Bowers said. “There’s a path of totality … The other side of the world won’t see it at all. So it’s just the luck of the draw. The earth spins. (It’s) where is it at the time it happens.”

Stargazers should be sure to watch the eclipse from high ground, Bowers said, because it will be occurring just 19 degrees above the horizon line.

So avoid the trees.

If you watch the event you will also get to see a blood moon, when the blood appears to be red due to the light that is refracted by the Earth’s atmosphere.

“Most years, it’s more orange than red, and the color varies,” Bowers said. “It depends on the atmosphere. I mean, if there’s a lot of dust or thin clouds or if there’s been a volcanic eruption that’s spewed dust in the atmosphere, the color can change from one to another.” 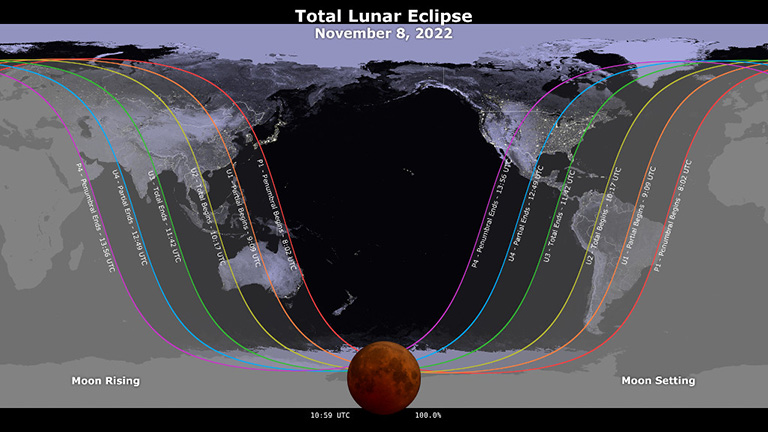 This will be the last total lunar eclipse until 2025 (photo courtesy of NASA website).

Columbia residents will be able to see the full lunar eclipse roughly after 5 a.m. (photo courtesy of timeanddate.com)