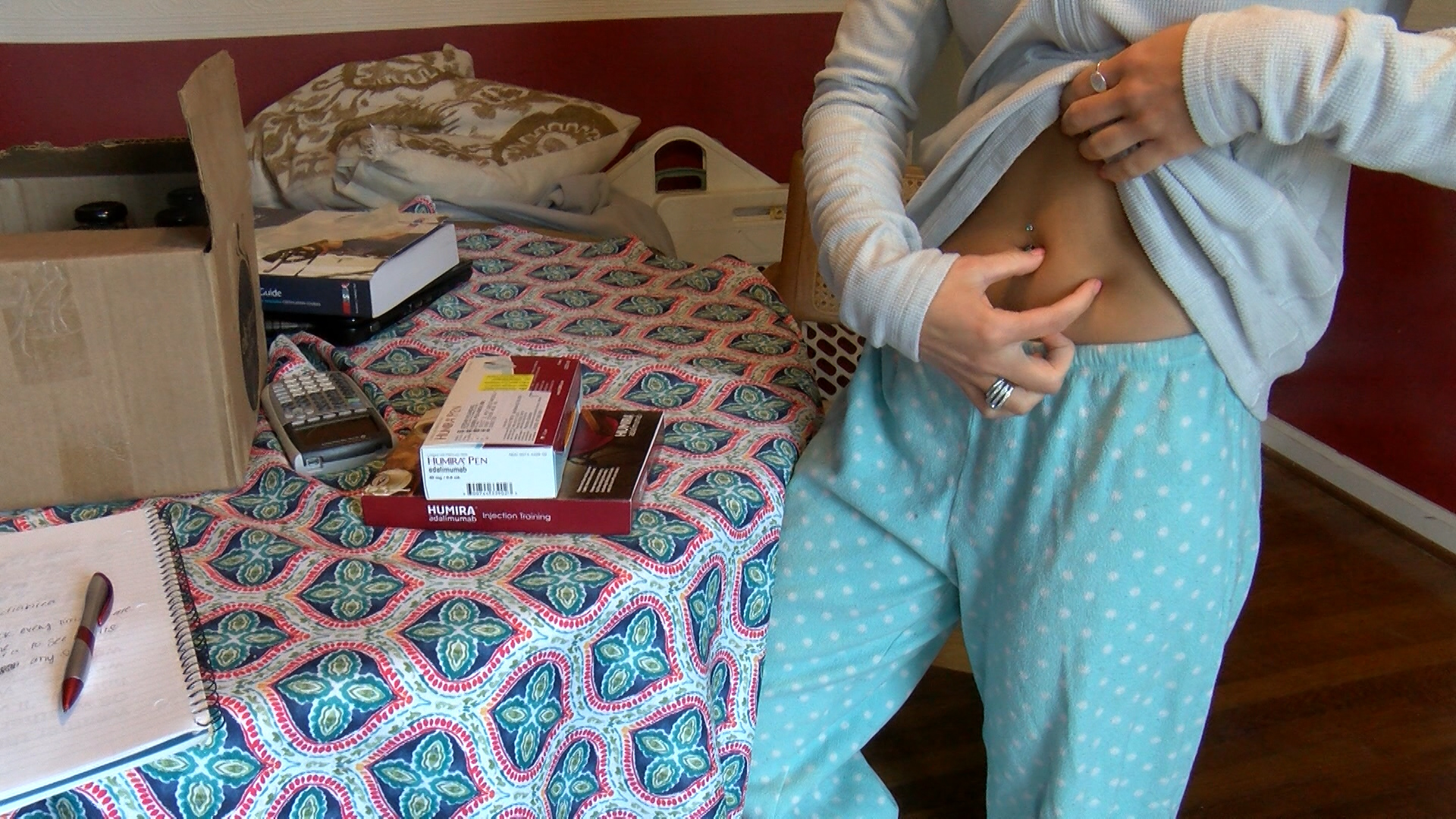 Blanding demonstrates how to inject the Humira shots. The shot can be given in the lower abdomen or the thigh. 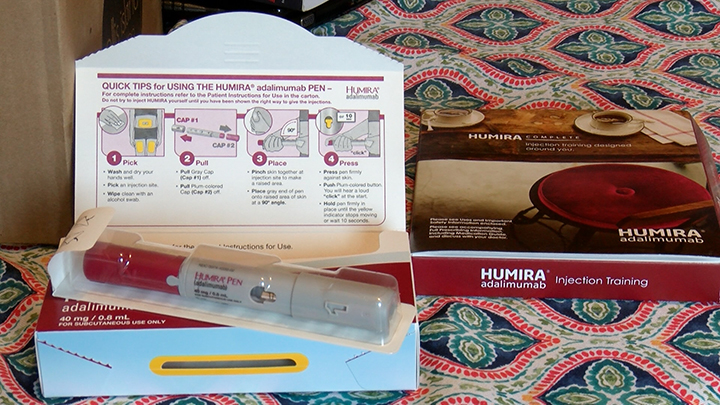 The Humira pen is one of the stronger treatments for Crohn’s Disease. The shots come with instructions showing patients how to inject the shots themselves. 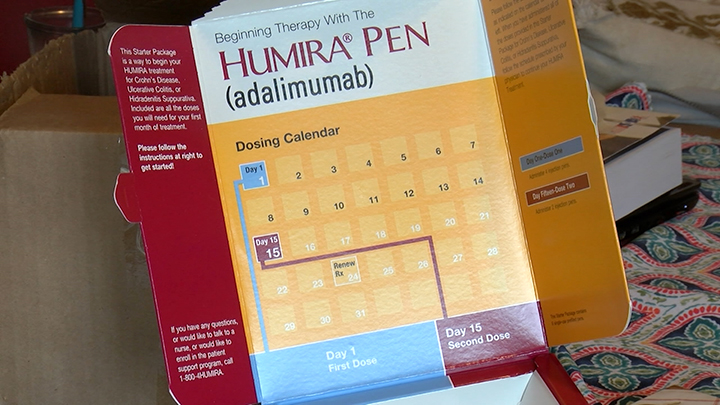 The Humira shots come with a calendar to give patients a timeline of their treatment plan and help them keep track of when they get the injections.

Reporter Kylie Jones chronicled the health challenges of her Senior Semester colleague, Jordan Blanding, in this story about the impact of Crohn’s disease.

The 780,000 Americans living with Crohn’s disease face a variety of difficult challenges as they cope with the chronic inflammatory bowel disease. For 22- year-old Jordan Blanding, the diagnosis of a severe case of Crohn’s changed her life drastically.

It’s not rare to see a young adult diagnosed with Crohn’s, but she said the search for the right balance of food and medicine has been a continuing struggle.

Over the last few months, she said she has been on and off a variety of medications in hopes of finding an effective treatment while getting regular tests and scans.

“It’s a chronic disease, which means it’s not going away. It’s something I’ll live with forever,” Blanding, a University of South Carolina senior journalism major from Williamsburg, Virginia, said.

For two years, Blanding said she struggled to make it through a meal without feeling extremely sick. Her doctor initially thought she may have an allergy, so she began logging all of her food and changing her diet.

Blanding went through countless tests, including colonoscopies, endoscopies, blood tests and ultra sounds, but her doctor at home in Virginia couldn’t pinpoint the problem. Finally, Jordan decided to see a doctor in South Carolina where she goes to college at USC. Her new doctor ran some similar tests and immediately spotted the problem.

“All he had to do was a colonoscopy and an endoscopy and immediately when I came out from surgery he was like, ‘You have Crohn’s,” Blanding said.

Since then, she has altered her entire lifestyle, cutting out foods as simple as bread and peanut butter. On top of dietary changes, she gets bi-weekly injections of Humira, one of the stronger treatments for Crohn’s.

It takes two to five months for the injections to start helping, but it’s common for patients to try out different combinations of treatments to see what works best for them. Dr. George Postic, a gastroenterologist at Palmetto Health USC, says he has seen a wide variety of cases and there is not one specific treatment plan for everyone.

“It’s just trying to find the right combination of medications, or diet, or environment that works best for individualized patients,” Postic, who treats Crohn’s and other intestinal maladies, said.  Blanding’s current doctor was not available for comment.

There’s no cure for Crohn’s yet, but cases range from being very manageable, to Jordan’s more severe case.

“I mean, you hold out hope. And maybe sometime in your and my lifetime, they’ll find the precise cause and then boom, you’ve got a cure,” Postic said.

In his years as a gastroenterologist, Postic has seen a tremendous amount of progress with the disease and is hopeful scientists will find a cure someday. But for now, Blanding is trying to take things one day at a time and make her health a priority.

“It’s difficult but it comes down to the point where it’s like, either I’m gonna do it or I’m gonna be sick forever,” Blanding said.