State representatives side with utility companies to kill solar bill 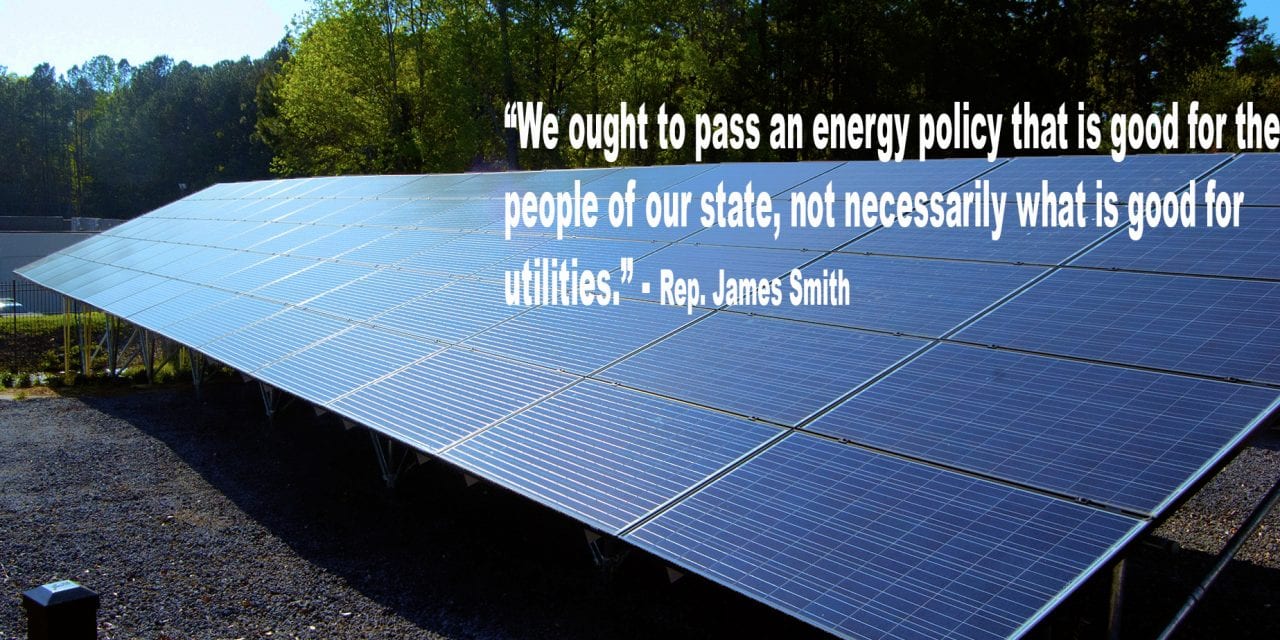 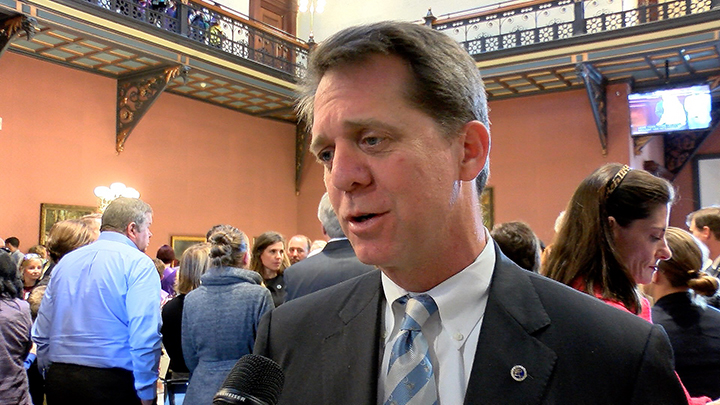 Rep. James Smith, D-Columbia, on the Statehouse floor advocating for the solar bill that he sponsored. Smith blames the utility companies on the reversal decision. 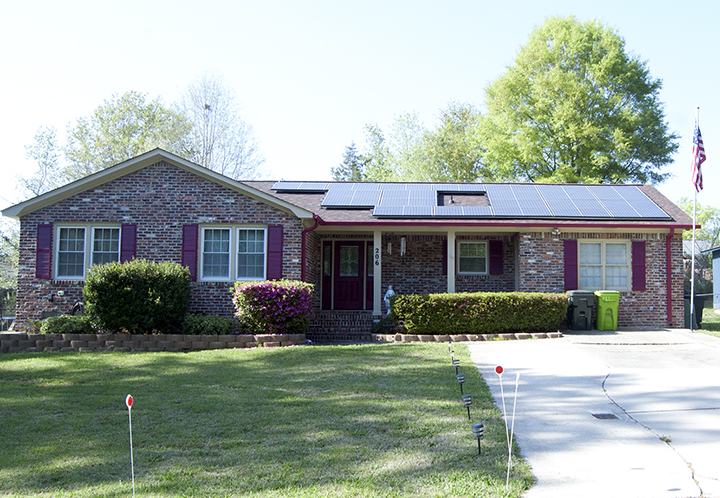 Solar energy has become increasingly popular in South Carolina. This residential home and its 2 adjacent neighbors in Irmo have solar panels on their roofs. 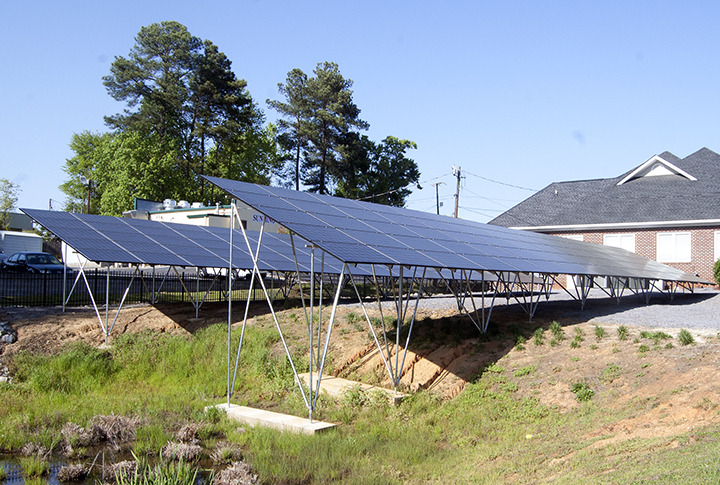 The Art of Dentistry, located in Irmo, illustrates how businesses in South Carolina are taking advantage of solar energy to reduce their utility bills.

In a stunning reversal, the South Carolina House of Representatives decided Thursday to overturn an earlier vote to expand solar energy opportunities in the state and side with the utility companies that are opposed to the measure.

Solar advocates contend the decision could lead to the loss of 3,000 solar jobs and impede the industry’s growth.

The measure, House Bill 4421 was bipartisan legislation introduced by Rep. James Smith, D-Columbia, that would have removed S.C.’s two-percent cap on net-metering for solar owners. Net-metering allows solar homeowners to sell their excess energy generated back to the power companies in exchange for credits on their bill. It is an incentive for people to move to solar energy by giving them an option to lower their utility bill.

The two-percent cap was established in a 2014 bill that made it easier for people to purchase solar panels and established better rates on net-metering. South Carolina power companies are expected to reach two percent this year, which would take away the incentives to buy solar and hurt the industry.

The utility companies have become increasingly untrustworthy to South Carolinians following SCANA’s failed VC Summer Nuclear Project that led to some of the highest utility prices in the country, according to a report from the U.S. Energy Information Administration.

Smith says that the utility companies did everything in their power to reverse this bill.

“Duke and SCANA were vigorously opposing the bill,” Smith said. “They stood in the way of progress for our state.”

The bill originally passed with a 64-33 vote, but then it all fell apart. There was a section included in the bill that would have exempted solar panels from property tax. Opponents of the bill brought up the state Constitution’s requirement of a two-thirds vote to pass property tax exemptions. By this time, it was too late to amend the bill so the legislation was rejected.

“The same people who brought the failure in the VC summer plan were the people that were opposed to my bill. It was an identical effort,” Rep. Smith said.

The utility lobbying force has heavy involvement with S.C. legislature. In 2017, utility companies in South Carolina spent $114,057,220 on campaign contributions.

Karl Wiant, chief executive officer and owner of Solar Chief, does not think the solar companies are taking away a significant amount of profit from the power companies.

“We’re just slowing their growth. It’s not like we are taking that much money out of their pockets in the grand scheme of things,” Wiant said.

Another local solar company, Sun Run, expressed disappointment with the House’s decision to kill the bill.

“Sun Run felt that H.4421 would have given choice and competition in the utility market, allowing folks to save money and combat growing power bills across the state,” Tyson Grinstead, director of public policy at Sun Run, said.

Solar Chief is a Columbia solar company that started in 2015. Wiant says that it have experienced steady growth since their start.

South Carolina is ranked 12th in growth projection and has almost 3,000 solar jobs, but Wiant says the two-percent cap could inhibit the growth of the industry.

“If Duke hit their cap, we’d have to install a battery system to keep this system from sending back to Duke’s grid,” Wiant said.

Duke is expected to hit its cap this year and this battery system could cost Solar Chief’s customers in Duke’s region $15,000-20,000 in extra cost to install panels.

“For a lot of people, it just wouldn’t make sense to install that battery,” Wiant said.

These expenses will make the solar market less attractive and could hurt the business.

“For our employees (the bill) was very important because we have seen in other states, like Nevada, when net-metering caps have been hit, jobs can be lost,” Grinstead said.

“We wanted to proactively solve the problem to make sure that none of the state’s 3000 solar employees leave the state and go to our neighbors,” Grinstead said.

The future of solar

“It really couldn’t have been a worse situation,” Smith said. “But I am still hopeful.”

Smith believes it unlikely that the cap will be lifted, but is trying to do some “legislative maneuvering” to keep the bill alive.

“We are coming close to the end,” Smith said.

Smith says the utilities have too much power in the state’s lawmaking.

Sun Run still has hope that the state Legislature can come to a solution.

“We feel like there is still time to do something to try to help state solar employees and provide energy choice and competition,” Grinstead said.

Wiant suggests that S.C. needs a solar bill of rights similar to Nevada’s. This would protect solar homeowners from changing utility rates when net-metering.