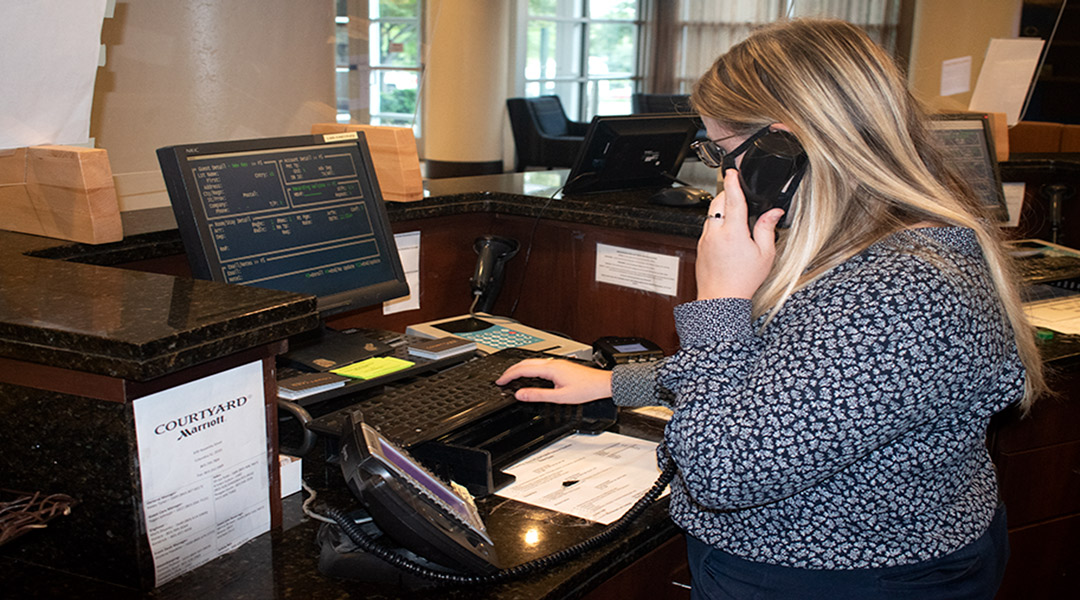 Kasey Tyner, the general manager of the Courtyard by Marriott on Assembly Street, checks bookings ahead of UofSC’s Family Weekend. Photos by Emma Dooling

The Wednesday staff meeting at the Courtyard by Marriott on Assembly Street looked different this week.

Instead of the usual weekly rundown, Kasey Tyner, the hotel’s general manager, was energizing her staff for their busiest weekend of the year: the University of South Carolina’s Family Weekend.

“We are stoked,” Tyner said.

As the weekend approaches, the Courtyard by Marriott and other local Columbia businesses are optimistic that the increased traffic will give them a boost in sales they haven’t seen since the start of the COVID-19 pandemic.

The university held a virtual Family Weekend in the fall of 2020, but this year, the event — which offers educational sessions, receptions and a football tailgate, according to the UofSC website — has resumed in-person events. According to Leena Holt in the UofSC Department of Student Life, 9,000 parents have registered for various university events offered this weekend.

Williams-Brice Stadium, which has a capacity of 77,559 fans, has approximately 1,000 tickets left to sell as of Wednesday, according to Lance Grantham, the Gamecock ticketing office’s associate athletic director for ticketing. Out of the tickets sold, over 7,000 were through the university’s Family Weekend bundles.

The Courtyard by Marriott’s booking list reflects this increase.

Of its 189 rooms, 174 are booked for Friday and 181 for Saturday. Tyner said Family Weekend is usually the hotel’s biggest weekend in sales for the year, a sharp contrast to the consistent 50% occupancy the hotel has seen in recent months.

“It’s been pretty slow recently,” Tyner said. “I’m excited for it to be busy and the lobby to be full.”

Other businesses are looking forward to the weekend bustle as well.

On a busy Saturday, Cantina76’s Devine Street location will bring in about $15,000 in sales. General manager Brandi Beaulieu said Family Weekend is one of the Mexican-inspired restaurant’s biggest weekends of the year.

To prepare, Beaulieu and her staff consult books from past years detailing how the restaurant performed during certain big events.

“There’s always a huge star on the calendar for parent’s weekend, and those numbers are always inflated because of all the people in town,” Beaulieu said.

However, Beaulieu, who’s been at the Devine Street restaurant since it opened in 2009, said Cantina76 is well prepared for the incoming crowd.

“It’s kind of a well-oiled machine at this point,” Beaulieu said. “We just know it’s going to be all hands on deck.”

Kaminsky’s Dessert Cafe also sees an increase in sales during this popular weekend. Thursday and Friday tend to be its biggest day, with sales increasing by up to 20% on Friday night, according to general manager Victoria Russell.

With Family Weekend being a home game, Russell expects more foot traffic due to the buzz of playing against Kentucky.

“I think overall we’re going to see a positive impact from it, you know, just the people coming in who have never been here before, especially, I would say the freshmen and the sophomores,” Russell said. “I think it’s a good opportunity for us to win over some new customers.”

Tyner also sees Family Weekend as a way for businesses to establish a wider customer base and maintain it for other popular weekends, such as graduation and homecoming, after a year in which the hospitality industry has faced multiple hurdles.

“We’ve suffered a little bit, but I think we’re going in the right direction,” Tyner said. 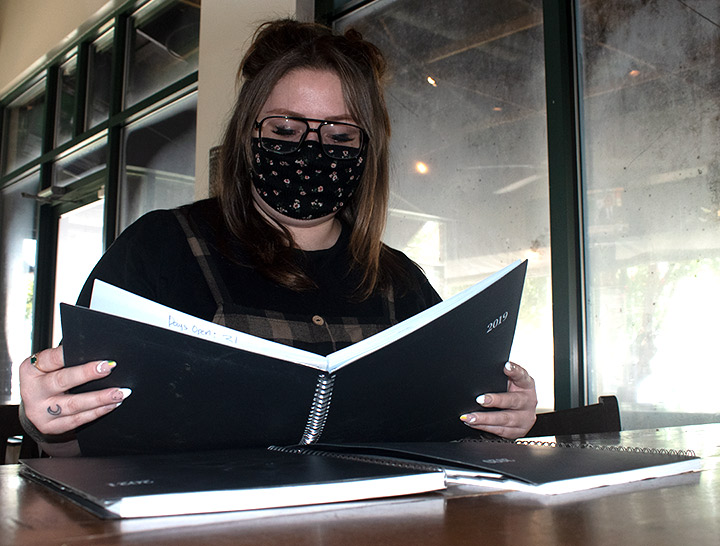 Brandi Beaulieu, the general manager of Cantina76, predicts the restaurant could make around $15,000 on Friday based on 2019’s Family Weekend sales numbers. 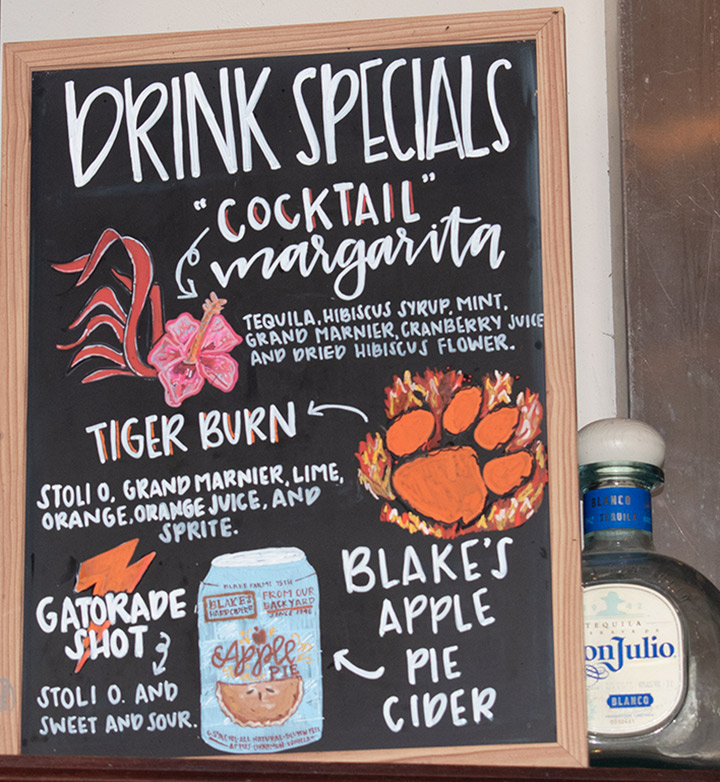 Gamecock Football-inspired drink specials at Cantina76 on Devine Street are expected to be popular during UofSC’s Family Weekend and throughout fall.

Victoria Russell, general manager at Kaminsky’s Dessert Cafe, said she believes the business will increase its sales by up to 20% on Friday. Photo by Sheila Paz 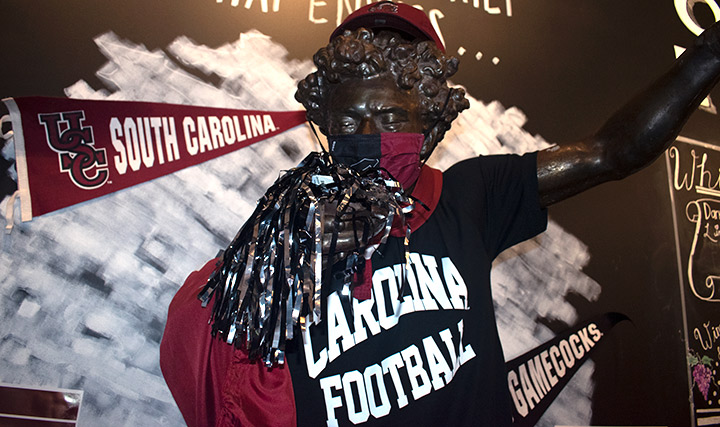 Kaminsky’s infamous Bacchus statue is decked out in Gamecock gear for football season. Kaminsky’s hopes to widen its customer base during Family Weekend. Photo by Sheila Paz