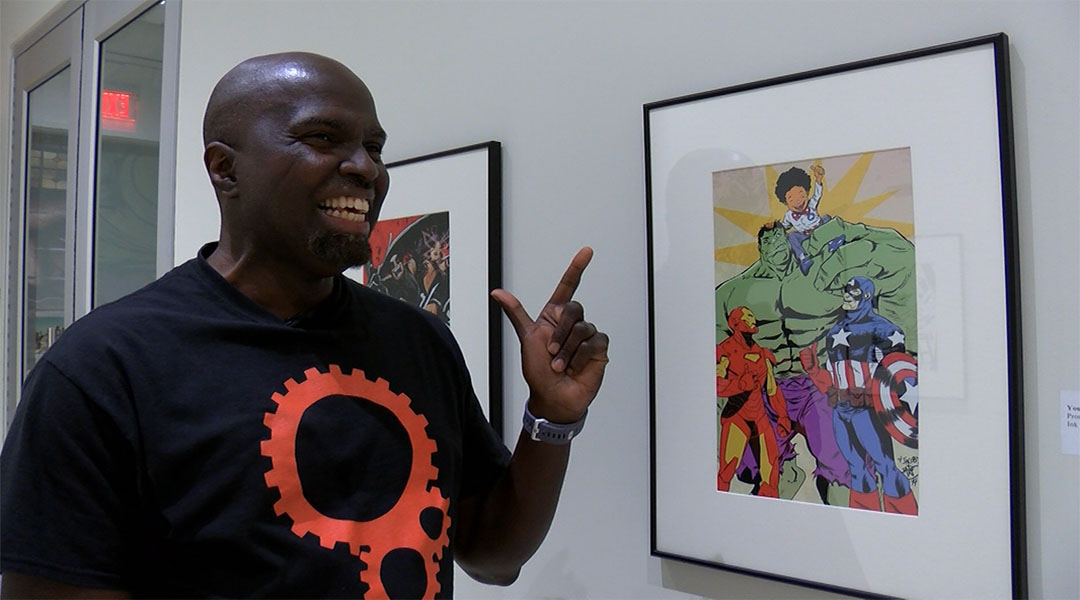 Artist Sanford Greene with one of more than twenty pieces in his exhibition, Shades of Greene at the Columbia Museum of Art.

Now after 15 years in the business of comic illustration, the South Carolina native is the subject of an exhibition of his work at the Columbia Museum of Art called Shades of Greene.

Greene has worked for some of the biggest names in the business, like Marvel, DC, Dark Horse and now Image Comics. His most recent work with Marvel includes the series Power Man and the Iron Fist.

Greene, who grew up in the small town of Greeleyville, said his artistic journey started with a passion for Saturday morning cartoons and comic books when he was a boy.

“These comics resembled a lot of characters that I saw on television, and I started putting two and two together and my little brain just started to explode, because these are the same characters I see on TV,” Greene, now an art professor at Benedict College, said. “That means I can actually buy these books and get more stories, more art.”

“I realized I’m doing this work for these really cool characters, but I don’t own any of these characters,” Greene said.

Greene, along with his co-creators, David F. Walker and Chuck Brown, came up with Bitter Root, a comic book of their own published by Image Comics. Greene describes Bitter Root as set during the Harlem Renaissance of the 1920s. Monsters roam and a family with a legacy of hunting those monsters is at the center of the drama.

The Columbia Museum of Art exhibit features more than 20 pieces of Green’s artwork. He said his favorite is the five-spread drawing that showcases Bitter Root, his own comic book venture. The piece depicts the family, with their ‘steampunk’ weaponry, surrounded by monsters.

“This is the one I tend to revere the most because it’s the beginning of this world,” Greene said.

Greene’s ambition to create is one of the reasons the museum wanted to display his art. Jackie Adams, director for education and engagement for the museum, says showcasing Greene means more than just presenting his art.

“This is not only great because you get to see great art, but it serves as a role model to a lot of different people who are looking in their own backyards to see professional, accomplished artists,” Adams said.

Adams says the exhibition is dynamic and shows the range of Greene’s work. Everything from his days at Marvel to his current work with Bitter Root is on display. A comparison video https://carolinanewsandreporter.cic.sc.edu/wp-admin/_wp_link_placeholder also shows Greene explaining the origins of his work.

“You can see elements that go back to his commercial work from Marvel and other employers, but this is his. And really this is where he’s shining, where he’s singing, and this is really where his passion is really going,” Adams said.

Shades of Greene will run through June 23. For ticket information and hours of operation, go to columbiamuseum.org. 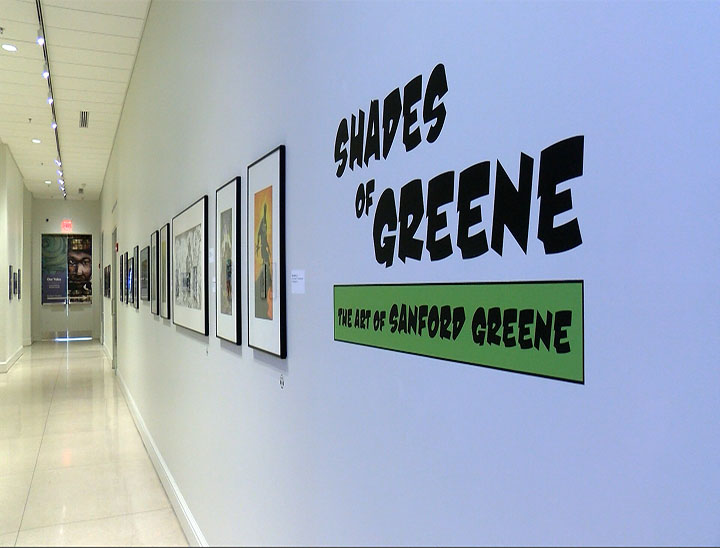 The gallery in the Columbia Museum of Art displays more than 20 pieces of Sanford Greene’s artwork. 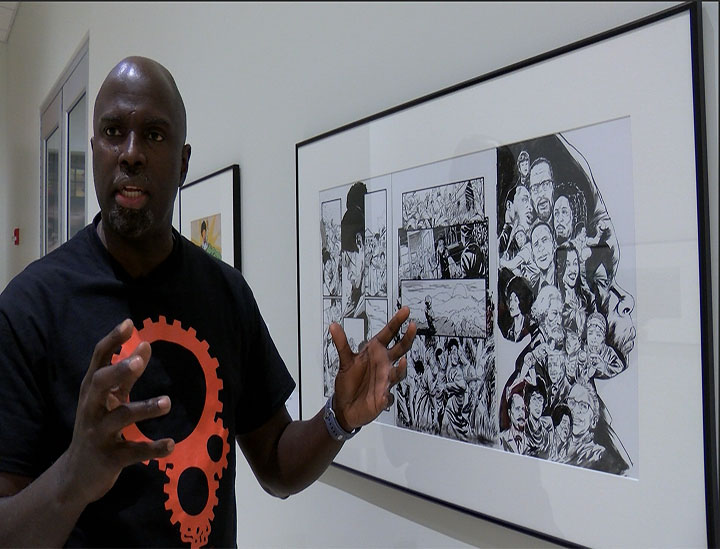 Sanford Greene depicted the life of Harriet Tubman in one of his pieces in an exhibition at the Columbia Museum of Art.

A 4-page spread of the Black Panther comic is on display at the Columbia Museum of Art. 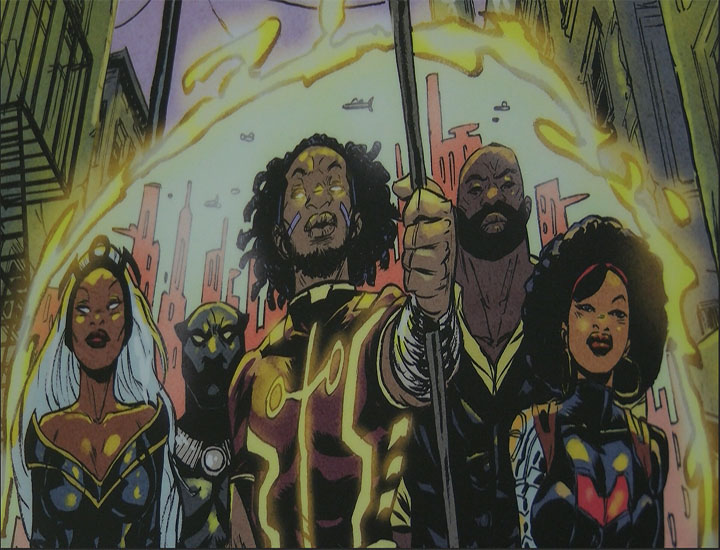 Black Panther and Friends: Five of Marvel’s most iconic heroes of color.

Born and raised in Belton, South Carolina, Anna Grace Galloway is a broadcast journalism student with a passion for storytelling and helping others. Upon entering the university, she dove into her field of study by joining organizations like Student Gamecock Television and the National Association of Black Journalist, which helped her find a love for journalism. She interned at Ryan Seacrest Studios in Charlotte, where she furthered her passion for helping others by encouraging children at Levine Children's Hospital. Using that new found love for journalism and her goal to help others, Anna Grace is pursuing a career in local television to support her community and to find those special stories that need to be told.