David Tepper and the Carolina Panthers may be looking to fulfill one of Tepper’s first promises he made to the Panther faithful. Both Carolinas could be part of the organization as the team looks to potentially move their team headquarters and training facility away from Charlotte to South Carolina.

In May of last year, the Carolina Panthers football organization announced the team was officially under new ownership as David Tepper and the NFL finalized the 2.2 billon dollar purchase. The team was looking to go in a new direction after coming into the NFL in 1993 and being owned by Jerry Richardson, who was accused of sexual and racial misconduct in the workplace.

Tepper first hinted at the possibility of the organization making a move to South Carolina at his introductory press conference.

The team’s presence in South Carolina looks to be more of possibility now as South Carolina Governor Henry McMaster announced in March at the S.C. State House that Tepper and the team expressed interest in moving facilities down into South Carolina.

“They have expressed interest in potentially moving 150 employees into South Carolina to a site to be located potentially in York County or Lancaster County,” McMaster said. “They are interested in creating a state-of-the-art professional sports medical facility at the same location with their corporate partner Atrium Health along with top flight hotel and convention meeting space, restaurants, and retail facilities all in York County or Lancaster County.”

McMaster and state lawmakers met with Tepper and representatives from the Carolina Panthers at the Governor’s Mansion to discuss this possible relocation earlier this month. Since then, state lawmakers have started to work on pieces of legislation that would help with the possible Panthers transition to South Carolina. Currently, there are companion bills both in the House, H.4243, and in the Senate, S.655, that would legally define a professional sports team and provide the team the same economic benefits that are currently allowed to other types of businesses in the state.

House Majority Leader, Gary Simrill, R-York, says these bills are all about allowing the Panthers the same benefits that other types of businesses get in the state.

“There’s no definition for pro sports team in order to be able to benefit from legislation and statutes that we already have,” Simrill, the main sponsor of the bill, said. “It’s about affording to the Panthers what is already in statue that is allowed by other businesses.”

For Simrill, the opportunity to bring in $190 million and at least 150 jobs to the state is very important.

“Bringing that kind of economic development that is positive development to South Carolina is beyond measure for us,” Simrill said.

Even the mayor of Charlotte, Vi Lyles, is on board to work with South Carolina.

“She said this is a regional approach,” Simrill said. “It is one team and two states and she looks forward to working with South Carolina.”

One of the locations the Carolina Panthers are looking to move the team headquarters and practice facility is 20 miles down the road from Charlotte in Rock Hill, South Carolina.

Rock Hill Mayor John Gettys believes that Rock Hill would be a great location if the Panthers were to move their facilities across the state line.

“We’re very excited to have the opportunity to be considered,” Gettys said. “We certainly believe that we have the best city for them, the best location, you know we call ourselves football city USA and there’s a reason for that, so we believe that they would get a lot more support here than they would anywhere else.”

The city of Rock Hill has made strides to offer new sporting complexes to the area including Manchester Meadows Park, the Giordana Velodrome, the BMX Supercross track and a new sports and event center coming later this year. If the Panthers were to decide to move to Rock Hill, this would be another milestone in establishing a sports presence in a city that is already a pillar in high school football.

“To see if the Panthers choose Rock Hill, then to also come and put an indoor and outdoor stadium on their site potentially would just be another feather in the cap,” Gettys said.

The House bill passed by a vote of 90 to 25 on March 26th, but the bill has been put on hold in the Senate. Senator Dick Harpootlian, D-Richland, has blocked debate on the bill until “the Senate receives sufficient information to allow it to make an informed decision about the possible merits of the proposal,” according to his letter to McMaster.

McMaster stated in an earlier letter to Senators that “indicates the net positive value of the Panthers deal for South Carolina exceeds $188 million and that it would result in an economic impact to the region and State of more than $3.788 billion.”

Harpootlian has questioned these findings and even hired Rebecca Gunnlaugsson, the former chief economist of the S.C. Department of Commerce, to evaluate the economic impact of the bill.

In Gunnlaugsson’s findings, “the Department’s net impact figures are overstated by at least $2.684 billion and that the expected number of jobs that will be created is approximately 208 jobs, not the 5,715 promised.”

At this time, Harpootlian maintains his hold on the bill, but he has said “once adequate information has been disclosed he is willing to remove his name from the bill and allow it to proceed to debate and a vote.” 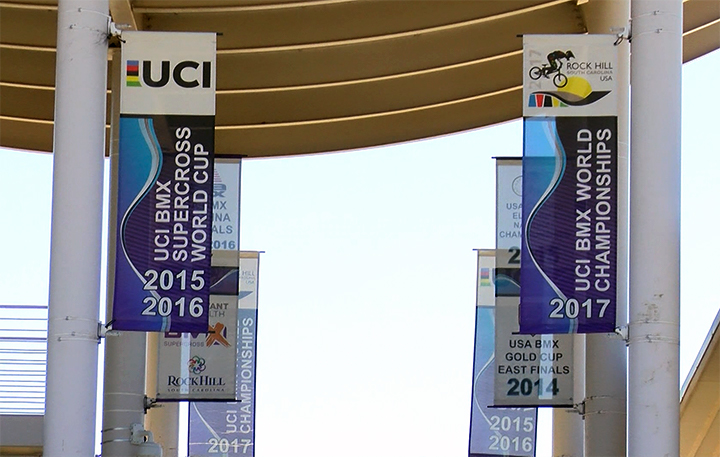 Rock Hill, one of the potential locations for the new facility, has made strides in recent years to bring more world class sporting venues to the area, including the BMX Supercross track. 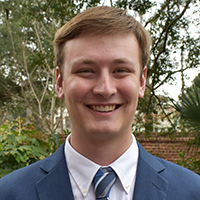 Born and raised on the South Carolina coast in the seaport town of Georgetown, Allen Marcus Harter loves to tell stories that affect the local community. Besides local news, he has always been the most interested in sports, especially college athletics, ever since his dad took him to his first football game at the age of four. He likes how the power of sports can bring different people together. Although his ultimate goal is to become a sports journalist, he has experience in reporting, editing, and producing.